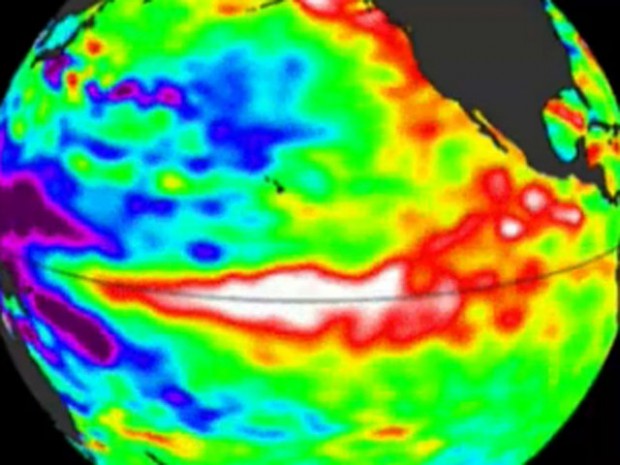 NWS climate models are suggesting that a forthcoming El Niño — a complex series of climatic changes precipitated by uncharacteristically warm Pacific Ocean water — has the potential to be as strong or stronger than the catastrophic El Niño during the winter of 1997-98. The weather event, which scientists predict will begin this winter and extend into the spring in the Northern Hemisphere, is being referred to as the “Godzilla El Niño,” referencing a quote from a NASA climate scientist.

Depending on where you are in the world, El Niño can mean different things: heavy rains, monsoons, drought, mudslides, hurricanes, a combination of those things, or none of those things. However, the enormity of the climatic system and the extended time for which it is predicted to affect weather will, if the system plays out as predicted, disrupt food production systems throughout the world and touch nearly all coffee-producing regions.

In mainstream U.S. media reports, this information is generally framed in terms of its effect on consumers — “El Niño 2015 could make food more expensive” — but in coffee terms, the 2015-into-2016 weather system has the potential to threaten global supply, affecting not just buyers of green coffee, but threatening potentially millions of livelihoods of people who rely on cash from growing the delicate crop. There is in fact plenty of established research detailing how El Niño and its sister system La Niña affect global coffee price dynamics, although far less attention has been paid to measuring the systems’ affects on production in specific growing regions. The most enlightening analysis to date on this subject is a recent INTL FC Stone report penned by Alexis Rubinstein (registration required).

Historically, El Niño brings increased rain to Northern Mexico and parts of Peru, Ecuador, Colombia and Southern Brazil, potentially boosting production in those areas. Increased warmth but volatile rainfall is generally seen in the large Eastern section of Brazil and in coffee-producing countries in Southeast Asia, including Myanmar, India, Thailand and Vietnam. Some of the most severe El Niño weather events occur in the South Pacific, where heat and drought affect Indonesia, Papua New Guinea and Southern Vietnam. With the notable exception of Brazil, nearly all of the countries mentioned above are expected to be in mid or late growing season when the 2015 El Niño effects set in.

For more on El Niño’s historical effects on specific regions, visit this resource from the Royal Netherlands Meteorological Institute.

The impact of El Nino is unknown, but it generally benefits Brazil, the world’s largest producer and exporter. The single coffee application is also denting world consumption. Brazil’s stocks are low, but Vietnam’s stocks (the second largest producer & exporter) are at a record high and the new crop will be here in 4-5 weeks. Warehoused stocks in Europe and North America are also more than adequate. The relentless depreciation of producer currencies, i.e., Vietnam, Brazil, Columbia, etc., have also precluded a decline in production and husbandry. Brazil’s 2016-2017 crop is the big variable and it is totally unknown at this time. The high yielding Vietnam also has the potential to expand production in neighboring Asian countries. China consumption is growing, but they could also become a major producer, a dynamic rarely mentioned. Given the contract low prices in U. S. dollars, Coffee futures will, however, be subject to short term scares. Specialized and bulk coffee prices are also poised to go in different productions.

The last word, i.e., productions, in the posting above should be directions.

In 2015/16, Central South region’s sugar output fell by 7% when compared to previous year. Exports was also lesser than the previous year due to lack of availability of exportable sugar in the country. Check it out: el nino brazil 2016