Coffee, Guns and the Nature of Hot Things in the Kentucky Courts 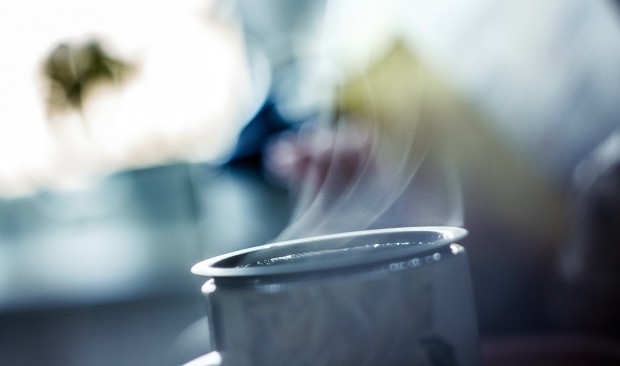 Lawsuits surrounding hot coffee burns — real or bogus — have been rearing their little stamped-and-sealed heads in jurisdictions throughout the country ever since 1994, when then-81-year-old Stella Liebeck was granted a favorable ruling and sizable compensation for medical costs in a case against McDonald’s.

In short, coffee is still hot, and the lawsuits keep coming. The latest ruling comes from Kentucky, where the state appellate court upheld a circuit court’s previous ruling against Franklin County resident Margie Ann Faesy, who sought compensation for damages after she fell outside a McDonald’s and spilled coffee that allegedly burned her and required medical treatment.

In her appeal, Faesy said she was served coffee in a to-go cup that measured between 195-205F degrees — which incidentally happens to align with widely accepted industry standards for brewing temperatures, although serving temperatures tend to arrive significantly lower. A temperature range of 195-205 was the very range noted in Liebeck’s original 1992 lawsuit.

According to the Kentucky appellate court, 195-205F is hot. In a somewhat matter-of-fact judgement, the court wrote, “everyone understands or should understand that hot coffee (what Faesy specifically ordered) is hot, and hot things cause burns.”

The court also remarkably likened hot coffee to guns, suggesting both products are, to some degree, inherently dangerous. It cited a 1979 Kentucky Supreme Court case in which Carol Bloyd sued gunmaker Sturm, Ruger & Co. after a bullet from a revolver pierced her ankle when it was mistakenly dropped on a concrete floor. Here’s more from that ruling:

Although a gun is inherently dangerous, it does not necessarily follow that a manufacturer is liable in damages to each person injured or killed by the use of the weapon. There is nothing in the record to disclose that the subject revolver was any more dangerous than any other single-action revolver. In Jones v. Hutchinson Manufacturing, Inc., Ky., 502 S.W.2d 66 (1973), we were confronted with an alleged defective design, and the question turned on what is reasonable care and what is reasonable safety? The maker is not required to design the best possible product or one as good as others make or a better product than the one he has, so long as it is reasonably safe. A gun, although inherently dangerous, does not come within the category of those substances or chattels which, by their very nature, are not only inherently dangerous but unsafe for general use. Was Ruger required to anticipate that the revolver would be carried under the floor mat of an automobile with all six chambers loaded and the hammer resting on live ammunition? We think not. It is required of Ruger to anticipate reasonable use; that use being in keeping with the written warning. The dangerous propensity of the revolver was a condition rather than a cause.

A hot cup of coffee is also, to a much lesser extent, inherently dangerous; as the circuit court indicated, everyone understands or should understand that hot coffee (what Faesy specifically ordered) is hot, and hot things cause burns. However, it does not necessarily follow that a restaurant that serves such beverages is liable in damages to each person burned by such beverages. Here, despite Faesy’s allegation that 195 to 205 degrees was an excessively hot temperature for her cup of coffee, there is nothing of record illustrating that Faesy’s cup of coffee was any hotter than the temperature of coffee she would have received at any other restaurant, or hotter than the industry standard for coffee temperatures in general.