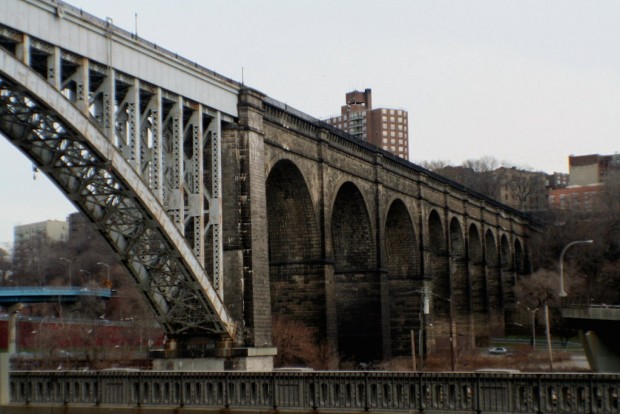 The transition from the High Bridge’s original stone arches to steel.

The iconic High Bridge is the oldest bridge in New York City. The former 19th century aqueduct today carries people by foot or by bike over the Harlem River between the Uptown Manhattan neighborhood of Washington Heights and the Highbridge neighborhood of the Bronx.

For Diana Saliceti, founder of High Bridge Cold Brew, it’s more than just a landmark, and more than just a handy commute. For the enterprising Washington Heights resident it is a powerful symbol of safe, self-empowered passage from one place in life to another, and with her nascent cold brew coffee business, that’s exactly what she hopes to provide.

The coffee will be energizing and delicious, of course, but it is the lives of her employees she hopes to invigorate and transport. The upstarting maker of cold-brewed coffee concentrates strives to employ as many at-risk individuals as possible, including survivors of domestic abuse as well as people with barriers to employment such as incarceration records. For individuals with these sorts of obstacles to independence and self-sufficiency, job training and gainful employment can transform their lives completely.

The operation is still in its pre-launch organization phase, although the hope is to roll out the first products for sale in a matter of weeks. “There’s lots going on, lots left to do, but we are coming along well,” said Saliceti. As soon as the requisite licenses go through — which Saliceti is optimistic will happen by the end of this month — the company will rev up its classic Bunn G1 grinder and the rest of its cold-brewing gear to start production in the Urban Horizons Kitchen, a food business incubator operated by the Women’s Housing and Economic Development Corporation in the Bronx.

HBCB, an aspiring B-corporation, will not roast its own coffee. It will source from a Brooklyn-based roaster about which Saliceti would only divulge, “It’s a name that would have recognition in the world of coffee.” Coming from the world of corporate law, confidentiality and classified information are practically reflexive for Saliceti, therefore she’s naturally predisposed to remain button-lipped on such proprietary factors as her suppliers, recipes and brewing techniques amid NYC’s intensely competitive coffee scene. At the same time, she wouldn’t be wading into this field if it seemed like success was unattainable. “I don’t think it’s a zero sum game,” said Saliceti. “I think there’s enough interest in high quality coffee and cold brew products to go round.” 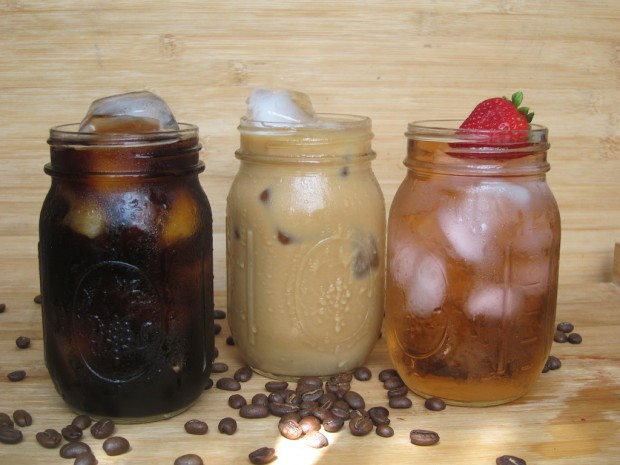 Profound though Saliceti’s underlying goals may be, her expectations for the business are also realistic. She doesn’t expect to strike it rich overnight or even conquer much territory beyond her corner of New York City. For now, the plan is to carve out enough of a piece of the market to help some people and stay afloat. Said Saliceti. “I live modestly, and that’s fine. I hope that I’ll be able to make a bit of a living at some point, and employ as many people as possible.”

Saliceti is partnering with various organizations that support the at-risk population she also hopes to assist, and is currently engaged in discussions on the types of jobs and training HBCB can provide with respect to situations in which a person’s safety might require anonymity, working from home or other constraints. If all goes well, HBCB could serve as a pilot business model Saliceti thinks could be repeated elsewhere. Said Saliceti, “If it could work here then maybe we could end up in other cities, using a local roaster, and a local incubator kitchen, working with community groups.”

Everything remains flexible at this point, as HBCB wades carefully into the market. Retail and wholesale are definite venues for sales, while local delivery service is also under consideration. The company will offer only a couple blends at first, with a line of cold brewed teas also slated for development, potentially alongside some coffee products with added natural flavorings such as vanilla bean or other whole, non-chemical ingredients.

Saliceti’s background in coffee, while by no means professional, comes in the form of a longstanding passion as well as an intimate cultural heritage. As an attorney, and as a mom, coffee-fueled all-nighters have been frequent facts of life. Yet deeper than that is her Puerto Rican family history. “Coffee is a very important crop in Puerto Rico, and I definitely have an agricultural past in my family,” Saliceti said. “When you’re from Puerto Rico, coffee is just something that permeates family get-togethers and the culture. We moved when I was very young to the Bay Area, and every time I would visit family I would always come back with tons of coffee in my suitcase.”

While the burgeoning entrepreneur’s full commercial interests are now riding on HBCB, she also continues to do pro-bono legal work through the Safe Passage Project, which provides legal support for unaccompanied children in the immigration process to the U.S. from Latin America.

Prior to settling on the cold brew idea for her business, Saliceti had initially considered opening an espresso bar, and in that period she took some barista, cupping and brewing classes at the independent coffee training resource Procreate Coffee NYC. With a healthy sense of humor she recalls her brief stint of applying for work as a barista to gain experience outside the classroom before opening her own shop. “I made a barista résumé — I’m in my early forties — and I removed all the different date references from my undergrad, and I removed law school altogether.” 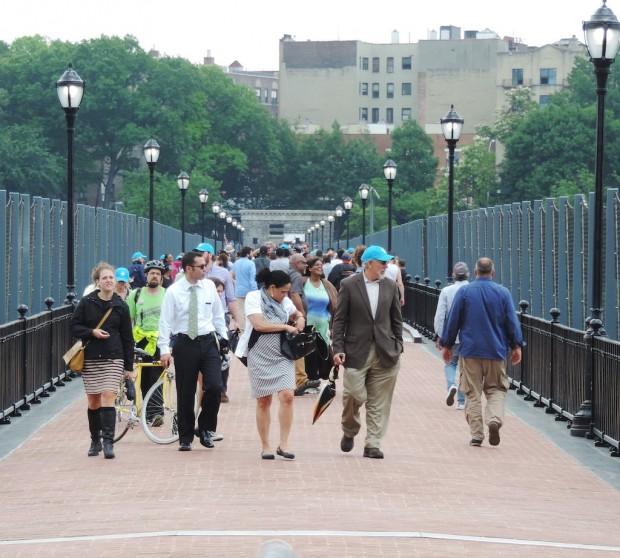 The High Bridge reopened as a pedestrian walkway in June 2015

She also considered dying a streak of hair pink, and maybe going so far as to don a fake nose ring in an effort to land a position at a decent espresso bar. “You know, sometimes there’s ageism,” she said. “Sometimes in the world of coffee, some people have in mind what a barista should look like, or sound like or dress like. I really thought that if I just go in as myself, I won’t get a barista job.”

And in fact she didn’t. She had a couple interviews, but no jobs came of her efforts. The upside is that she also thereby avoided a path that might have distracted her from the idea for which she’s already gotten plenty of positive attention. Should everything continue to work out smoothly, uptown New Yorkers will get their first taste of High Bridge Cold Brew at the Medieval Festival in Fort Tryon Park on October 4.