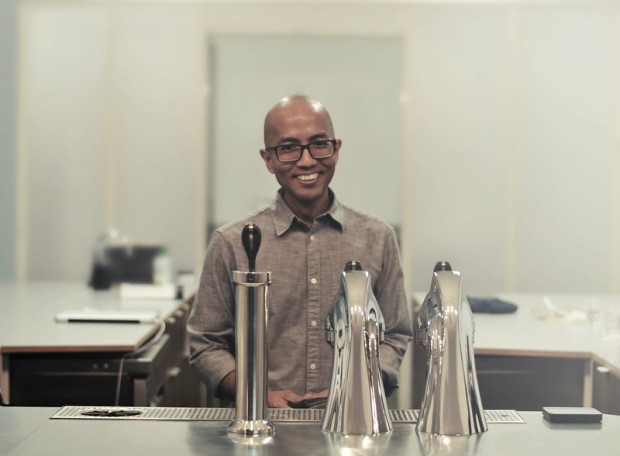 Jack Benchakul behind the Modbar setup at Endorffeine Coffee Bar. All photos by Amparo Rios.

Early this month, barista and former biochemist Jack Benchakul opened the Endorffeine Coffee Bar in the Far East Plaza in Los Angeles’s Chinatown, just next door to a popup bar he had been helping to operate as part of the Cognoscenti Coffee outfit inside Scoops ice cream shop.

In addition to his familiar neighbor, Benchakul’s new brick-and-mortar shop is nearby numerous creative restaurants that are helping fuel something of a culinary resurgence in Chinatown, with concepts like Roy Choi’s Chego and the Los Angeles outpost of Portland chef Andy Ricker’s Pok Pok having found success there.

While already established in the plaza, Benchakul is carrying over many of the popular items from the Cognescenti drink menu, most significantly continuing a wholesale relationship with Portland’s Heart Coffee Roasters. Heart’s offerings will find their way into a range of pourover and espresso-based beverages, from staples like cappuccinos and cortados to more expressive options like the Palm Sugar Whiskey Iced Latte and a Vanilla Pandan Latte. There’s also fresh fruit pie from up-and-coming L.A. baker Kevin Woods, who is operating under the handle @dessertjunkiela. 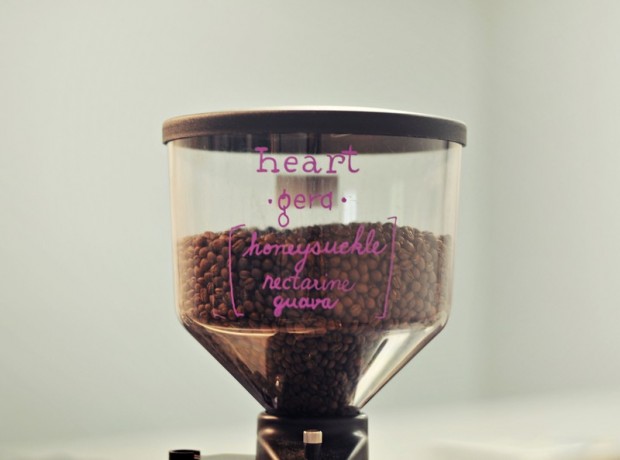 Also like the Cognoscenti popup, Endorffeine features a sleek stainless steel Modbar system that, like all the small shop’s touches big and small, maintains a clean, minimalist feel designed to promote interaction over skillfully presented products.

Here’s more from inside the shop, with all photos courtesy of Los Angeles-based photographer and coffee aficionado Amparo Rios: