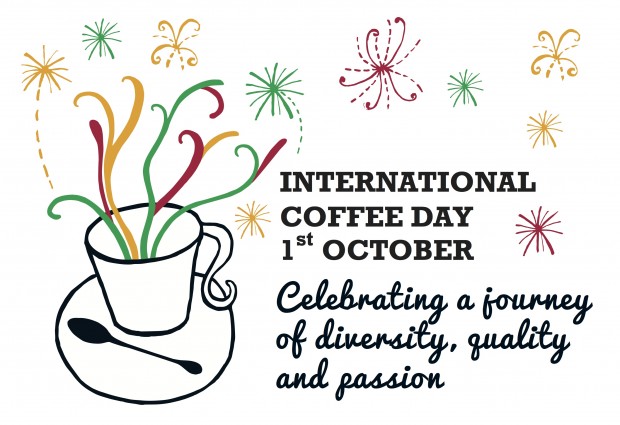 As an organization dedicated to the health of the entire global coffee sector, the ICO has pitched the event as an opportunity to raise awareness of the many and varied plights of coffee producers, particularly of the smallholder farmers who generate the vast majority of the world’s coffee.

Outside of traditional holidays, the proliferation of sanctioned “days of [insert noun]” is a relatively recent phenomenon at all levels, from individual municipalities to international, intergovernmental networks. Today, for example, as sanctioned by the United Nations is “International Day of Older Persons.” In the United States, today is also “National Fire Pup Day,” a day to celebrate fire department canines, as well as “National Homemade Cookies Day.” Every day is many days, and I would argue that many people in tune with the news are suffering from “day of” fatigue.

But make no mistake: International Coffee Day is a big deal. Already today, we’ve seen several major announcements of new programs and initiatives designed to assist coffee farmers on a large scale, including the ICO’s own announcement of a new fundraising program called “Coffee4Change”. The effort seeks to raise €1.2 million to expand and develop existing farmer-assistance programs being run by Oxfam in Haiti, Honduras, Timor-Leste, Papua New Guinea and Uganda, each designed to boost coffee production and, in turn, create livable conditions for coffee farmers who are bordering on or living in poverty. The ICO has a complete list of International Coffee Day local, regional and national events in more than two dozen countries.

The trade of coffee, along with other foods like spices, sugar, cod, and cacao, helped create the trade network we still use today. Sadly, this trade often carried with it international abuses — the slave trade was a part of this same network, and much of the structure of international trade was built upon the framework of colonialism. When thinking of internationalism in coffee, therefore, we must recognize the history and potential for international oppression, and understand that the best remedy for that is positive international exchange, a commitment to international human rights, and increased communication.  Today, the specialty coffee community is one of the most international there is — it is frankly impossible to get coffee into a person’s cup without engaging in international trade in some way.

Therefore, on International Coffee Day, we are called to celebrate the benefits of internationalism in coffee while we recommit to rejecting its ills, and seeking progress towards enlightened international exchange and solidarity. Today, we remind ourselves that the only way to move towards better quality, true sustainability, and universal prosperity in coffee is to embrace the global diversity of our trade. Everyone can — and should — do this.

Read the entire piece to find out how.

For more on the “why,” we can also look to regular Daily Coffee News columnist and CRS Borderlands Coffee Project Director Michael Sheridan, as well as past SCAA President and current senior relationship manager in coffee for Lutheran World Relief Rick Peyser.

The two have written a plea for everyone involved in coffee to urge Congress to support the Business Supply Chain Transparency on Trafficking and Slavery Act of 2015 (more on that here), which they describe as “a landmark piece of legislation that would obligate companies with more than $100 million in annual sales revenues to make yearly public disclosures of their efforts to identify and address risks of forced labor, slavery, human trafficking and the worst forms of child labor in their supply chains.”

It is an International Coffee Day appeal to support not just smallholder farmers, but the farmworkers laboring in the fields often under brutal or even oppressive conditions. Sheridan and Peyser write:

Beyond the small-scale farmers who grow your coffee are countless millions of farmworkers — the men, women and children who toil in anonymity in the coffee fields to make your daily habit possible, sometimes under conditions that are an affront to human dignity.

For a quarter-century, the coffee sector has innovated and invested to improve the living conditions of smallholder farmers. But coffee farmworkers have been mostly on the margins of those efforts. On this inaugural International Coffee Day, we invite you to honor all the millions of people who labor to get that cup to you, including farmworkers.