Meet Cup of Velo, at the Intersection of Coffee and Cycling 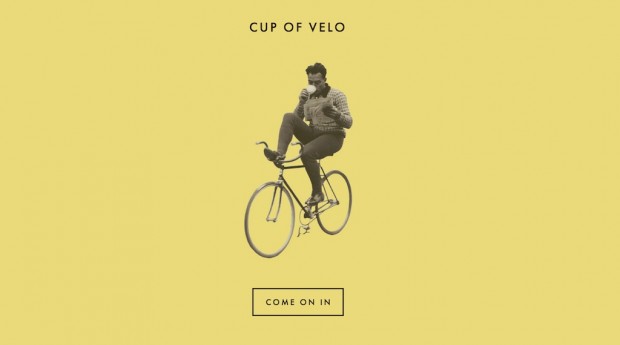 For reasons difficult to identify in the absence of neurological research, coffee and cycling have a deep, enduring cultural connection. It is manifest in a somewhat astounding number of bike-themed coffee companies, retailers catering specifically to cyclists, and more directly in bike-powered mobile retail units.

At this intersection of coffee and cycling, a new racer has entered the infinitely expanding blogiverse with Cup of Velo, a site exploring the interrelation of specialty coffee, cycling and health. We reached out to Cup of Velo creator Nic Witzke, a competitive cyclist who also happens to be the west coast wholesale representative trainer for venerable Canadian roaster/retailer Phil & Sebastian.

How did you get into coffee, and where has it taken you professionally?

I’m half Italian, and though it’s cliche to say, I was brought up around the traditional Italian espresso culture. I was introduced to it really early on, became interested, and that interest has just stuck with me and continued to grow.

I got a marketing degree in my hometown of Kelowna (BC), then decided to pursue something in specialty coffee. Acknowledging Kelowna’s lack of opportunity in coffee, I moved to Vancouver, and after being served a game-changing espresso from Hugo Noepfler at 49th Parallel, who was working there at the time, I reached out to Vince, got an interview and a job.

I was fortunate to eventually move from the cafe into a QC/training role, and then in charge of the wholesale program. I was able to work with and learn from some amazing people like Kyle Straw, Mette-Marie Hansen, and Laura Perry, to name a few. It was a great experience.

After a few years with 49th, I decided I wanted to explore other avenues of the industry, and tried my hand at opening a cafe in Kelowna, where I figured there was a market need. I spent seven or eight months pursuing spaces and assessing the market there, while doing some independent consulting/training for some local cafes. It was tough, but for a number of reasons, things obviously didn’t work out.

I have always admired Phil & Sebastian, as both a product and a company, so I decided to reach out to Sebastian. After speaking with him I was immediately convinced this was a company I could stand behind for the long run. Honestly to this day, every time I speak to Phil or Seb about anything coffee related, I learn something new. Not only are they passionate, like most coffee professionals are, but they are also incredibly intelligent. Their focus on quality and approach to sourcing and roasting is unique and unmatched.

What’s your origin story in cycling?

This answer is much simpler. My dad was a huge influence. I watched him ride and race as a kid, and just kind of followed in his path. He is one of the most positive, youthful people I know, and he still kills it in races today. I thank him for exposing me to cycling like he has. I got a lot of support from both my folks when getting into cycling, so it snowballed pretty easily from there. 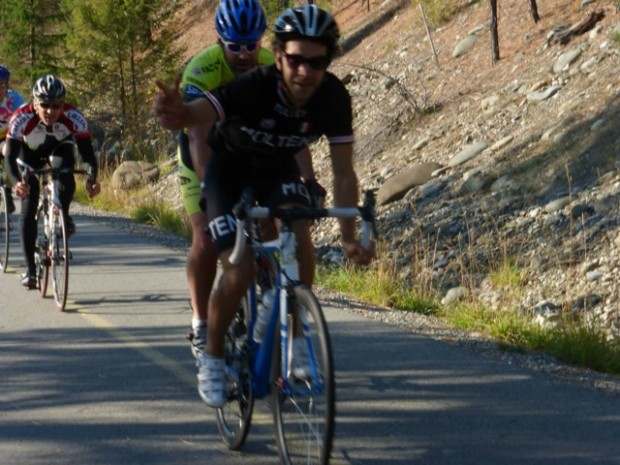 Why do you think coffee and cycling seem to have such a strong cultural connection? How do those two things relate in your own mind, or heart?

I think about this a lot. Apart from the benefits coffee has on athletic endurance (blog post to come), it is tough to explain the connection unless you’re involved in the one of the industries yourself. Wouldn’t you agree? It’s hard to find someone who is passionate about coffee or cycling that doesn’t also really enjoy the other. Perhaps our brains are just wired the same (another blog post to come?)

Why did you create the blog?

I’m always nerding out on both industries. I have a long list of bookmarked websites that I visit daily, and eventually came to realize it would be cool for there to be a place that focused on the best of both industries, in the same place. Again, most everyone I know in either industry is interested in the other, so I figured there would be at least a small readership or niche for it. I also find that health and nutrition are very applicable to both, so why not add that in there? I hope that because I’m involved in each industry to a serious degree, I might be a good voice for a website like Cup of Velo.

Who do you see as your target audience?

Just coffee geeks and cycling geeks. Any age, skill, male or female. Though the “geek” part is not required, I’m certainly trying to appeal to the more discerning individual in both industries. It’s a one-stop shop for this audience.

Do you intend to monetize the blog?

If it happens easily and organically, why not? It’s important that it remains fun and easy though.

What kind of coffee-specific issues do you intend to explore? Where do some of your own personal interests in coffee lie?

1) Surveys: This isn’t really issue-specific, but I really like when people do surveys well on their site — i.e. James Hoffmann or Matt Perger. I think it’s a great way to involve readers, and obtain some amazing stats and info on the coffee industry, and it helps standardize certain realms of the coffee world that could really use a degree of standardization. Once Cup of Velo starts to generate enough traffic, I hope to do simple surveys and questionnaires regularly, on anything and everything relevant in coffee.

2) General public perception and education: I’m really interested in issues regarding “Specialty Coffee” and public perception, as well as how to educate the general public and broaden the industry’s audience. It’s still so unknown to most consumers how much work goes in to the coffee they drink and purchase — especially considering how much coffee the world consumes. Nor do most consumers know how to appreciate certain coffees or roasters more than others. It would be great to lend a hand in this in any way.

3) Harnessing opinions and ideas: I hope to find a way to generate and showcase readers’ new ideas regarding coffee, in a more effective and reader-friendly way than forums do. This may again be in the form of questionnaires or surveys, but I need to think about its execution some more. I just think the coffee industry is doing far too much teaching right now, and not enough listening. As a result, we can get a little myopic. We often get tunnel vision, which amongst other things leads to misunderstanding the needs and wants of individuals throughout the entire value chain.

I’m also really interested in what WCR is doing with their variety study. This is such a grey area in coffee, and I look forward to seeing this unfold, and hopefully help promote the findings.

I never understood why so many identity groups feel they have a unique attachment to coffee that no one else has: from cyclists to stockbrokers, salesmen to police officers, from chefs to journalists.

More than half the people in the U.S. drink coffee daily, and yet all these subgroups act as if it’s their own private secret. In a sense, that’s a rather amazing property of coffee.