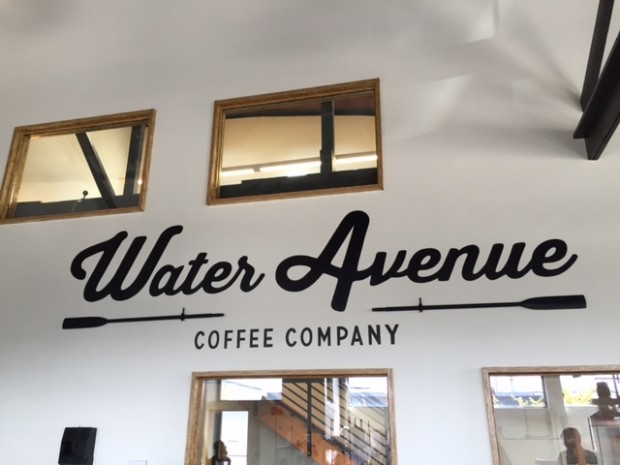 Earlier this month in Portland, Ore., the Rose City’s much-loved Water Avenue Coffee cut the ribbon on an impressive new roasting and training facility just a few blocks away from its original retail/roastery location. Plans are also underway to remodel the retail café space, and it was also just a couple weeks ago that Water Avenue co-founder Bruce Milletto was the first American industry figure inducted into the Cafetto Hall of Fame.

The new roastery is in an industrial space on SE 8th Avenue at Main Street in close-in southeast Portland. “We leased the space back in March of this year, and it took until now to get through all the permitting and inspections and everything else,” Water Avenue Co-Owner Matt Milletto told Daily Coffee News. It marks the first major capital expansion for the 6-year-old coffee company, introducing a new production line that includes sparkling new 30- and 10-kilo production roasters, and a double-barrel sample roaster from Proaster. In total the new gear kicks their overall roasting capacity up by about 200 percent.

The original Water Ave roaster, a French-made 20-kilo 1974 SASA Samiac that has dutifully stood at the heart of operations since before the retail coffee shop opened, is now for sale. “It’s a great machine,” said Milletto, but the company is looking to replace it with another Proaster to maintain consistency in profiling across their production line. 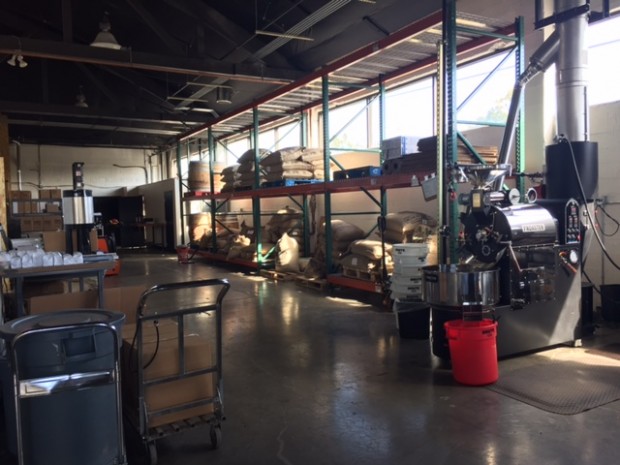 The replacement will also likely be a 10-kilo or smaller machine, in order to maintain the ability to do small-batch roasting as well as to make room for the upcoming remodel of the Water Avenue café space. Said Milletto, “We’re going to reconfigure some of our seating, and improve the egress in the overall retail space.”

While the company won’t take any real steps in further new directions until the dust settles around their presently ample undertakings, the radar’s always ticking. “We’re definitely always looking for great opportunities. We’d love to explore more retail next year, once we get this one under wraps,” said Milletto, adding that additional retail locations would be aimed within their home market of Portland and the surrounding areas. Said Milletto, “We don’t currently have interest in taking over the whole United States.”

Meanwhile, at the Awards Dinner that concluded the inaugural Compak Golden Bean North America roast contest held in Portland in mid-September, Water Avenue co-owner Bruce Milletto became the first American inductee into the Cafetto Hall of Fame. The honor is bestowed annually at the conclusion of the Golden Bean series of events, which to this point has only occurred in Australia and honored Australian industry figures. Bruce Milletto, who founded Bellissimo Coffee Advisors consultancy in 1991 and has continuously helped shape and support the specialty coffee industry over the years in print, film and oration in addition to the innovative Water Avenue business, was a fitting recipient.

“I’ve learned from an inspiring dude,” the younger Milletto said of working with his father. No slouch himself, Matt Milletto, Vice President and partner at Bellissimo, is also the founder of the BaristaExchange website and helped lay the foundation for the American Barista & Coffee School, the latter of which also benefits from the new facility at SE 8th and Main. 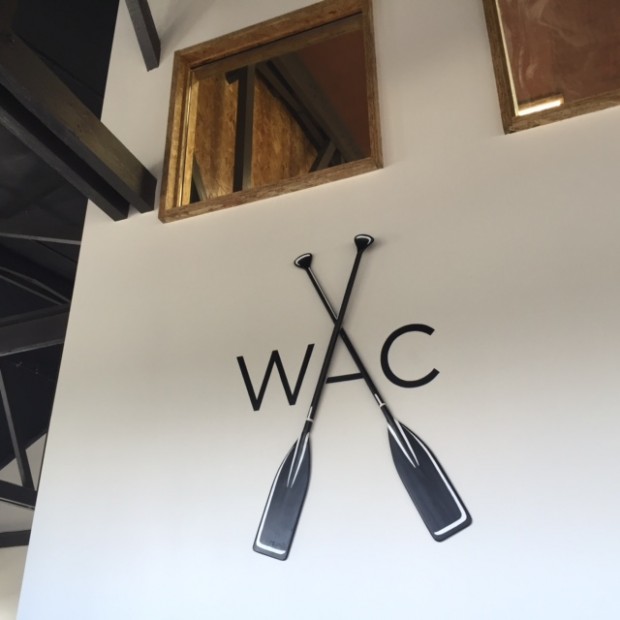 The dedicated training facility in the new space includes a cupping room and an espresso training lab that looks out over the roastery. The workshop will serve to educate Water Ave’s wholesale clients and staff, and then some. “We teach American Barista and Coffee School accredited classes in our training lab, and in the Water Avenue space we’ll likely do some roasting education as well,” said Milletto.

Through its expanding retail, wholesale and training services, Water Avenue takes pride in serving its hometown Portland market, which is a market that certainly takes abundant pride in supporting its local, independent businesses. When ownership of Stumptown Coffee Roasters changed hands in 2011, a certain segment of the city felt as though it had lost what was then its clearest indie coffee darling. Though micro and nano-roasters have proliferated since then, no single company has risen to fill those towering muddy boots. With its expansion, Water Avenue would seem poised to succeed Stumptown on the regional coffee throne.

“Our growth has been based on our long-term relationships with our accounts. It hasn’t been tied to any other single things happening in the market. But we absolutely are excited to focus our growth within the Portland area,” said Milletto, who ultimately doesn’t subscribe to any so specifically competitive a characterization. “We know that people have a lot of great options here in Portland, and we really try to be focused on the local market and continue to offer an unsurpassed level of support that can be diluted when a company has a national focus. We’re growing like any successful, authentic brand.” 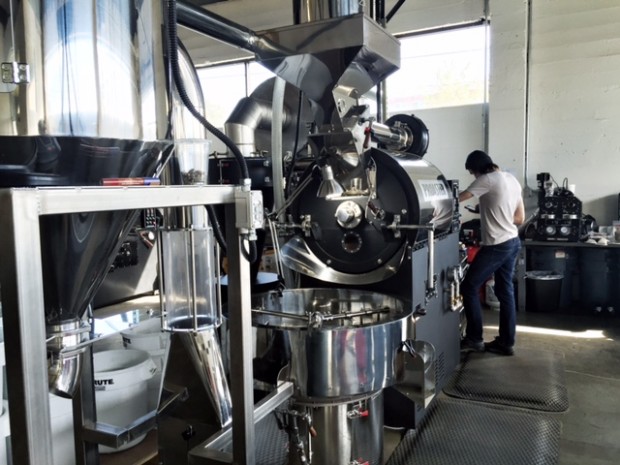 Too bad the espresso-based drinks are not very good. Typical third-wave: sour, grassy. Kinda nasty. I heard of one roasted bean purchaser whose home grinder was trashed by Water Ave’s beans…that under-roasted center is as hard as a rock!

But good for them…

Our customers absolutely love the Water Avenue, El Toro blend cappuccino and so do we. Thanks for being awesome and congratulations on your new facility, WAC!
PS – Love the oars.