Responding To The Climate Crisis Through Crop Diversification

My first job after college was working as an intern with Sojourners Magazine and eventually as an assistant to founder, author and Editor Jim Wallis. He would remind me time and again that our worldview is shaped heavily by where we live and what we see out our front window every day. Living in inner city Washington D.C. was an expression of the Sojourners Community commitment to have their worldview and values shaped by urban poverty in an African-American neighborhood.

Jim’s words remind me of how worldviews are shaped when it comes to climate change. When I talk to farmers in Uganda, Madagascar, Bolivia or El Salvador, the common reaction is uncanny:  There is an immediate connection between the problem and their daily struggle to make a living from the land. Those who depend on steady, predictable rainfall, and who have felt the effects of prolonged drought and flood are the first to sense the effects of a climate that no longer cooperates.

Yet as we watched in horror as the strongest hurricane ever recorded in history by the Hurricane Center crashed into Mexico, climate change remains a wild hoax amongst a strong group of policy makers and business people from their air-conditioned board rooms in the industrialized world.

And given the narrow climate conditions under which they operate, coffee farmers are now considered the guinea pigs of climate change. Coffeelands has documented the climate modeling studies carried out by CIAT showing that farmers below 1,000 meters altitude will experience a major decrease in suitability due to warmer and drier conditions. This is sobering news for farmer families and their communities where coffee production, harvesting and processing has been engrained into their cultural and socio-economic DNA for the past 150 years. Climatic conditions are now forcing farmers to break with tradition and search for alternatives to coffee.

Three major scenarios are ensuing for coffee farmers feeling climate impacts on their crops today. Those with economic means and a stubborn faith are using new disease and drought resistant varietals, and some are installing irrigation systems. Others are diversifying into other crops, and others still are getting out of agriculture all together.

Over a series of posts, I will examine some of the more viable crop alternatives out there that are smallholder friendly, high-value, capable of adding value on or close to the farm, and that keep the agroforestry system intact. The following is a synopsis of crops that will be put under a microscope in future posts, and is not meant to be conclusive of all options. 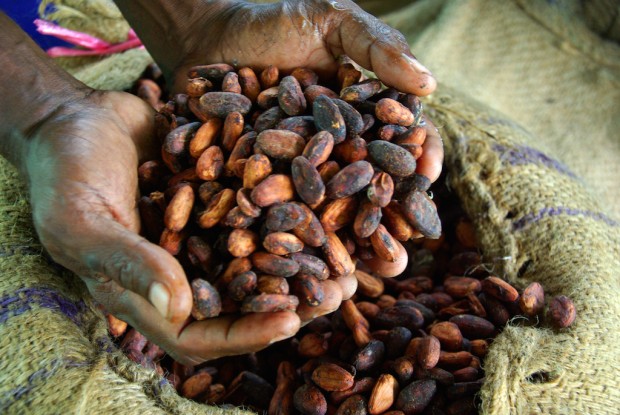 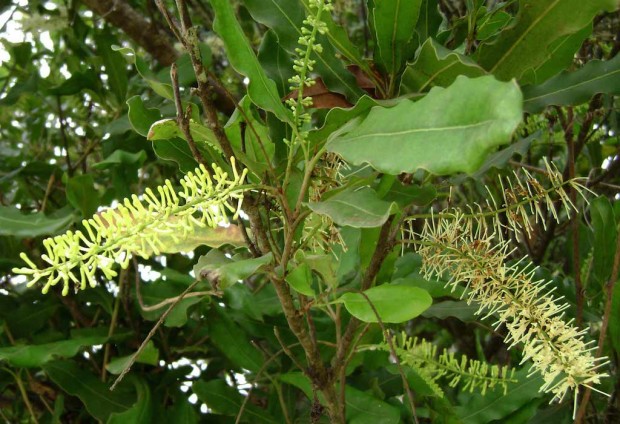 Macadamia Nut, originally found in the tropical forests of Australia, is also grown commercially in Guatemala. It is a tree of 7-12 meters, and is commonly intercropped in coffee agroforestry systems. There are ten species of macadamia, but the most commercially viable are Madacamia Integrifolia and Macadamia Tetraphylla. In Guatemala it is grown in altitudes of 600-1,600 meters above sea level, similar to coffee growing conditions. It adapts to a wide range of precipitation levels from 1,000-4,000 mm, requiring irrigation for drought periods beyond two months. It also is adaptive to varying temperatures from 14-32 degrees Celsius. Harvest begins from four to five years after planting, with average yields of 6 MT per hectare planting some 120-200 trees per hectare. 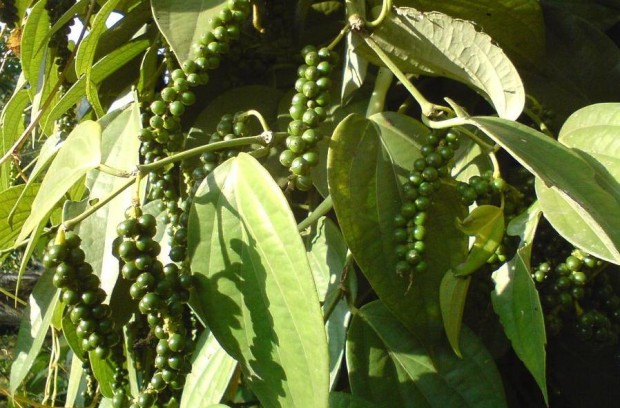 Spices have much potential as a profitable, low-risk, and sustainable crop for small holders. Spices are less sensitive to storage conditions than most other agricultural commodities, have lower weight to value ratios and can be stored for relatively long periods without a loss in freshness, quality or value. In addition, growing and drying spices can be carried out profitably by smallholders without capital intensive and high technology equipment. For the perennial tree or shrub crops, there is a waiting period for first harvest which can vary from 2-5 years. Food security and intercropping strategies should be included to create a buffer during this period for small holders. The waiting period produces attractive results, however:  a well tended perennial crop can provide harvests for 10-100 years.  In addition to vanilla and cinnamon described below, I will also examine in future posts diversification into ginger, turmeric, and black pepper. 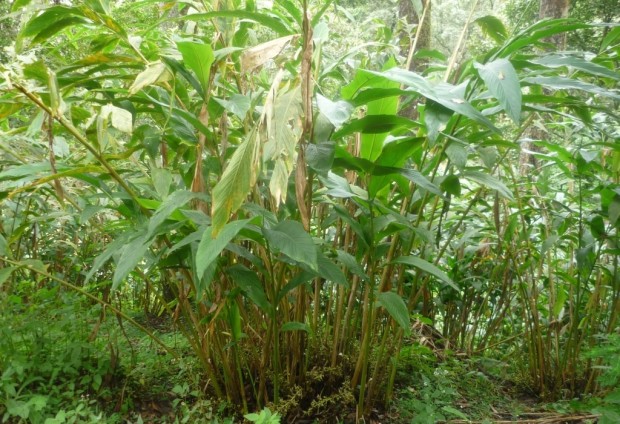 Cardamom: While it is not commonly known, Guatemala is the world’s leading producer of cardamom, mace and nutmeg when these three spices are grouped together. Cardamom needs abundant rain of 2,500-4,000 mm per year and altitudes of 1,000-1,200 meters, in relatively warm weather of 22-24 degrees Celsius. Cardamom is shade-tolerant and thrives in 50-60 percent shade to sun ratio, making it an ideal agroforestry crop.  It is also quite flood tolerant, making it an attractive climate change adaptation crop. Sustainable production is easier as it requires few inputs. Post-harvest processing is a relatively simple process of drying and classifying by color and size. Cardamom is a perennial crop requiring an initial waiting period of 2-3 years. 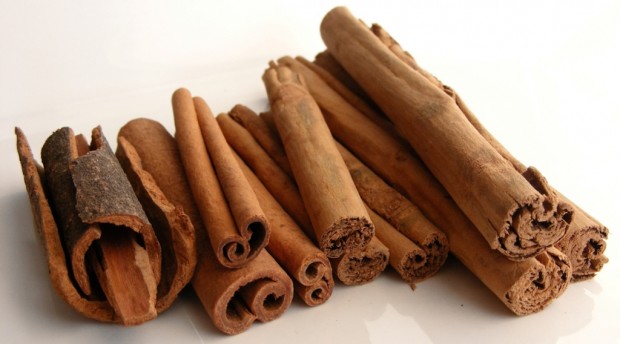 Cinnamon is a high-value crop grown in smaller quantities throughout Central America, particularly in Guatemala, Nicaragua, and Honduras. It is native to Sri Lanka, India, and Burma, and is tolerant to a wide range of rainfall and climate conditions. However, optimum rainfall is 2,000-2,500 mm per year, and it likes warm conditions of 27-30 degrees Celsius. Cinnamon is a shade-tolerant, perennial tree crop giving its first harvest after two to three years. Post–harvest processing is simple and requires minimal infrastructure. The bark of the tree is shaved and dried, and later sold as shavings or in powder form. 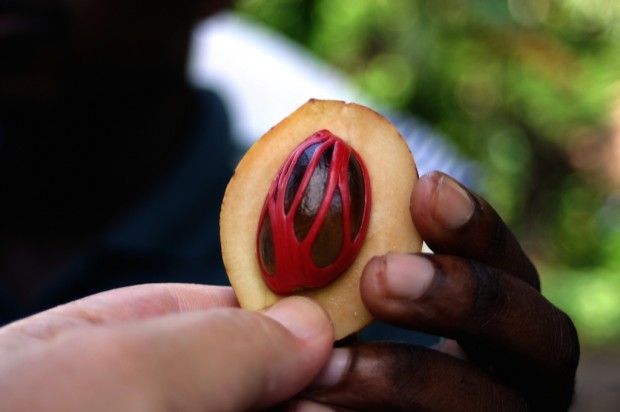 Nutmeg and Mace: The nutmeg tree comes from the species Myristica. The most important commercial species is Myristica fragrans, an evergreen tree indigenous to the Banda Islands in the Moluccas (or Spice Islands) of Indonesia. The first harvest of nutmeg trees takes place 7–9 years after planting, and the trees reach full production after 20 years. Nutmeg is typically used in powdered form. This is the only tropical fruit that is the source of two different spices. Several other commercial products are also produced from the trees, including essential oils, extracted oleoresins, and nutmeg butter. Nutmeg and mace are two different parts of the same fruit of the nutmeg tree. Nutmeg is considered a stimulant, aphrodisiac and even a narcotic in excessive quantities. It likes abundant rainfall of 2,000-2,500 mm per year, and temperatures of 20-30 degrees Celsius year round. 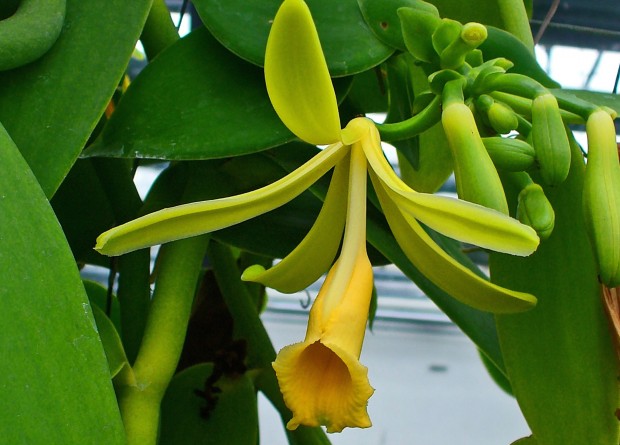 Vanilla is a high-value crop on as little as half a hectare of land. As a perennial, vanilla provides a lasting economic asset of a minimum of 10 annual harvests per plant over a 13-15 year period.  Post-harvest processing requires only know-how and low tech, affordable infrastructure.

As an orchid originally found in tropical rainforests, vanilla is shade tolerant. Increased vegetative and tree canopy cover make vanilla a viable livelihoods mechanism to protect water, forests, and soil, and is persuasive to prevent slash and burn agriculture. Vanilla is a promising contrast to basic grains production on hillsides, where slash and burn methods are causing soil erosion and decreased moisture retention.

Vanilla requires a live tutor support for survival, attaching itself to trees in a symbiotic relationship. To grow vanilla, farmers need to either keep existing trees on their farm or plant new trees. The result is an overall enhancement of the tree inventory. Vanilla’s shallow root systems enable it to co-exist well with other crops and trees as part of an intercropped agroforestry system. Farmer families on small plots can increase their income security while still growing annual staple and perennial food crops.

Given manual pollination requirements and a multi-step post harvest period stretching from two to six months, vanilla is a high provider of employment with benefits going beyond the family to the entire community. It is also a crop which can be easily produced and processed by women. Manual pollination, guiding and tying of the climbing orchid on tree, curing, drying, sorting, smoothing and packaging processes require intricate handiwork but relatively light physical labor.

While coffee remains an anchor crop for millions of smallholders, climate change is forcing many to diversify. The time is ripe to assist climate vulnerable farmers to strengthen their livelihoods options with other commodities.