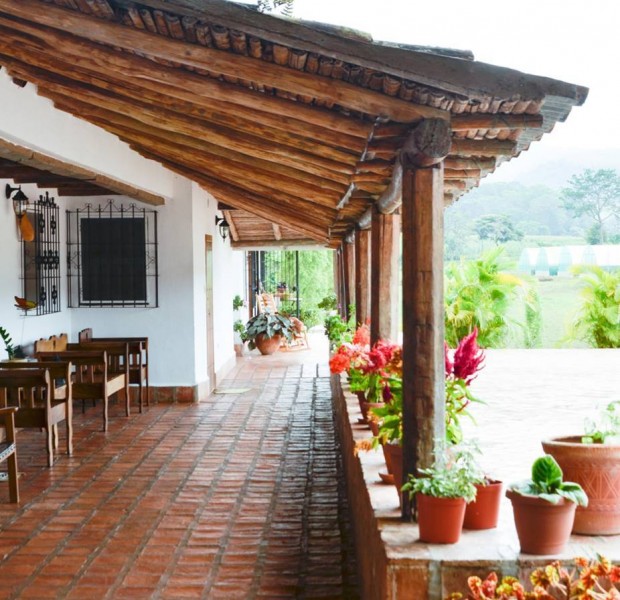 An Italian roast is steeped in tradition. The Nordic style is instantly recognizable. Middle Eastern coffee is a spicy departure, while Australian and Japanese coffee cultures are steadily making distinctive inroads in the States. Is Venezuelan farm-style coffee the next to stake its claim? With its first brick-and-mortar café opening in Miami, Fla., this month, the Northern California company Puroast hopes the answer is yes.

Having found substantial success through online and grocery wholesale and retail over the past 17 years, most recently through marketing its proprietary “low acid” coffee, Puroast is taking its cultural and technological import a step further by creating a café that not only specializes in serving coffee roasted to authentic hacienda specifications, but is also served in two traditional Latin American brewing methods. One is by moka pot — a popular method throughout Latin America — and the other is through a muslin or cotton cloth filter method. “The campesinos use this technique mostly, because they can take it anywhere,” restauranteur and Puroast café partner Eric Bonillo told Daily Coffee News.

Bonillo, who was born in Venezuela and moved to the US as a child, draws on over 25 years of experience in the hospitality and culinary field, including in high-end restaurants in five-star hotels. Bonillo is excited to take part in an innovative café model that not only strives to offer Latin American locals and visitors a taste of heritage and home, but will also be an eye-opening experience for coffee lovers of all stripes. “We are going to sit down at the table and we are actually going to present it to you, like you are having coffee with the coffee grower at the farm,” said Bonillo.

Both distinctive brewing methods will be offered as tableside services for seated customers in a casual dining environment, where a sizeable food menu will also offer some hacienda-style specialties. Conventional grab-and-go espresso, batch-brewed drinks and snacks will also be for sale, though it’s the intimate demonstration of craft and culture that Puroast hopes will introduce a new level of coffee appreciation in the US.

The Northern California-based company chose Miami for its first branded store with strategic intent. “The Hispanic people who live here, they’re coffee snobs. They know about coffee, they know what coffee should taste like,” Bonillo said, while also emphasizing that Puroast does not aim to be considered a specifically Latin-style coffee around the country, but rather a generally unique, high-quality and intimate coffee experience enjoyable for anyone, anywhere. “This is a concept that will be flexible, that can travel anywhere.”

Puroast founder Kerry Sachs echoed the duality of Puroast’s branded retail mission in the up-and-coming travel hub that is Miami. “It’s turning into one of the major crossroads of the world, let alone the United States,” Sachs told Daily Coffee News. Sachs agreed that while the presence of a sizeable Hispanic population in the Miami area won’t hurt, similarly robust Hispanic demographics can be found in most major America cities, and Puroast hopes their product and its interesting presentation will be a hit across all coffee-drinking demographics.

The inspirational experience that lays at the foundation of Puroast occurred in the late 1980’s, when founder Kerry Sachs enjoyed a farmer-roasted coffee at a hacienda while exploring the Venezuelan Andes. He loved it so much that he started the company in 1998 in California with the mission of recreating that experience for US coffee drinkers, although Sachs doesn’t consider the brand to have properly “launched” in earnest until about 2007.

With his engineering background, Sachs developed and manufactured his own proprietary commercial coffee roasting equipment to apply heat to green coffee in a manner akin to what he found farmers doing in the mountains of Venezuela, yielding a uniquely low-bitterness, low-acidity smoothness that also turns out to be easy on sensitive stomachs, according to the company.

Puroast claims that its coffee contains 70 percent less acid and seven times more antioxidants than the average store-bought coffee — although this was not a claim they made in the beginning. “Over the initial years of us selling, we started getting feedback from people saying, ‘what are you guys throwing in the coffee?'” said Sachs of how people claiming to have ulcers or terrible heartburn reported enjoying his coffee without issue.

“We never really thought it was that big a deal until we saw an ad on the Super Bowl for Nexium one year, and we said ‘my gosh, this is a big deal, there are people who have acid problems and apparently it’s a big industry.’ It struck us that maybe we should find out what’s going on inside the coffee.”

Through connections at UC Davis and a bit of persistence, they were able to engage the award-winning agricultural and food chemist Dr. Taka Shibamoto. “He did some initial testing, and he was pretty skeptical,” said Sachs, and yet the results of Dr. Shibamoto’s comparative research and analysis ultimately confirmed that coffee roasted in Puroast’s Venezuelan farmer method is lower in acid and higher in antioxidants than the same coffees roasted differently. “He wanted to publish it,” said Sachs of the research. “He thought it was interesting enough to do that.”

The company remains tight-lipped about the proprietary production process that yields these purported results, as well as the distinct flavor profile.  “The equipment is very different,” said Sachs. “We developed it ourselves in connection with some technicians from Venezuela. We had to develop it ourselves, because it really didn’t exist in the commercial world.”

“We’re one of the few, if not the only brand of roaster that manufactures its own equipment,” said Sachs, admitting that they are batch-roasting machines, not continuous roasters, but anything more would give away too much about what Sachs classifies as an important trade secret.

Yet while Puroast coffee heralds flavor first and foremost, it’s not so much about terroir. Venezuela produces less than one percent of the world’s supply and most of that is consumed domestically. Puroast coffees come from a variety of mostly Central and South American sources, and it’s really the special roasting treatment that defines Puroast coffee.

The roaster stated that while they roast exclusively specialty grade coffee and are very attentive to quality, they target their acquisitions based not on origin character per se, but on how they’ll perform under Puroast’s unusual roasting system. “The beans that we are selecting are very specific for how they will work in this type of roasting,” said Sachs. “We’re highly focused on the taste of this coffee. Everything is wedded to that. There are some beans that don’t work, and there are some that do.”

The café is slated to open this month in the trendy and rapidly developing Brickell neighborhood of Miami, Fla., and is also intended to be the first of many. While the company will take its time in establishing its flagship before taking steps in other directions, additional locations in other major cities are built into the long-term plan. An additional roastery is also under consideration for installation on the east coast, if and when demand supports it.