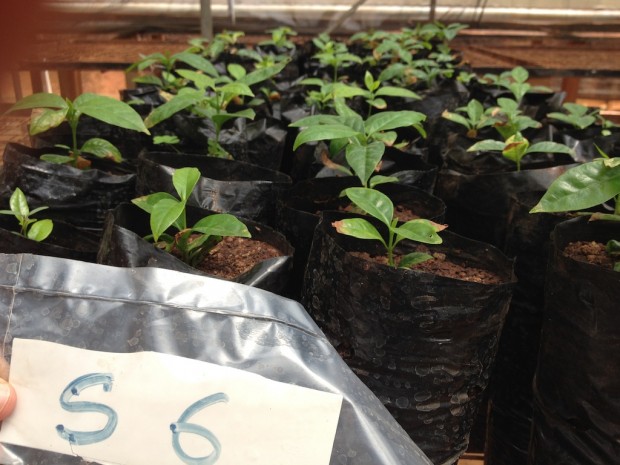 A new study commissioned by World Coffee Research, a non-profit research and development program that studies coffee, reaffirms previous work suggesting that there will be a 50 percent reduction in global land area suitable for Arabica production by 2050, while providing a more detailed picture of how climate change will affect specific growing regions.

The study, released this afternoon in the peer-reviewed, open-access journal Plos One, shines new light on what the term “suitability” actually means in reference to future Arabica production, with the goal of helping the global coffee community at large understand how and where producers may be able to adapt to climate change.

“Overall, the Arabica market is extremely threatened,” says Christian Bunn, the study’s lead author, a researcher for the Colombia-based International Center for Tropical Agriculture (CIAT). “There is rising demand. In the future, we’d need more area to grow coffee on, but we’re going to have less.”

Coffee is currently grown in many different climate zones in the equatorial belt — from hot and dry, to cooler and wetter — but previous studies of coffee and climate change only distinguished between areas that are or will be “suitable” or “unsuitable” for coffee growing. This limited their practical usefulness for adapting coffee to climate change.

This study unlocks the black box of “suitability” and shows how the different climate zones are expected to fare over the next 35 years. This is the first time that researchers have mapped coffee’s current and future climate zones globally.

The maps suggest dramatic reductions in some of the world’s most high-volume growing regions around the equator, particularly those currently characterized by dry conditions. From WCR:

The highest losses will be in hot, dry regions such as northern Minas Gerais state in Brazil, parts of India, and Nicaragua — areas that currently give some of the highest yields of Arabica coffee. Nearly 80% of the land in this climate zone will become unsuitable for coffee by 2050. Cool but dry climates, such as those in western São Paulo state in Brazil, will also see substantial losses. 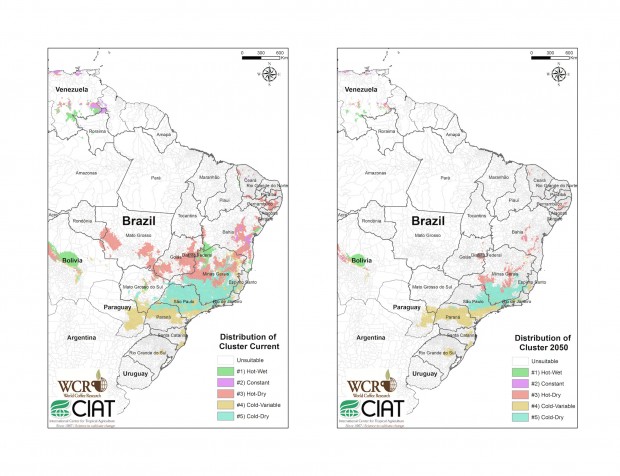 Such dramatic reduction of land suitability in Brazil — by far the world’s largest coffee producing country — would naturally have global economic consequences, while affecting the livelihoods of untold numbers of producers. Yet the study also points to current growing areas where Arabica production is least likely to be affected by climate change, while also mapping areas that may develop into suitable coffee growing lands within the next 35 years, including parts of East Africa, Colombia, Ecuador and “possibly” Indonesia.

“Areas around the equator with seasonally constant temperatures, including many parts of Colombia, Ethiopia, Kenya and Indonesia will be least affected by climate change,” WCR said. “Approximately 60 percent of areas with this climate will be unchanged in 2050 — good news for the specialty coffee industry, which relies on these regions for its highest quality coffees.”

The research ties in with WCR’s ongoing International Multi-location Variety Trial, a comparative study of how 35 coffee varieties perform across the world in different climate zones. There are currently 19 countries involved with the trial. While land suitability is a critical aspect in production viability, equally important is adaptation of Arabica varieties themselves, WCR suggested.

“We can use the genetics of coffee to buy more time,” says Tim Schilling, co-author of the report and executive director of WCR. “The information in this report will be invaluable as we work to create new, climate-resilient varieties tailored to individual climatic zones.” 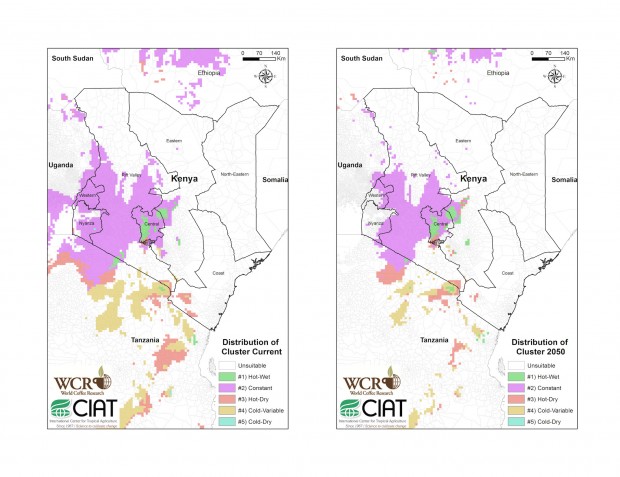 Bunk science. Coffee is a really tough plant. It can grow almost anywhere as long as there is some moisture. It can tolerate drought for several months. It just won’t tolerate frost.

1st world people expect too much. 1st world people want more coffee, better quality and cheaper price. When 3rd world labor costs goes up, all coffee will be farmed by machines in brasil.