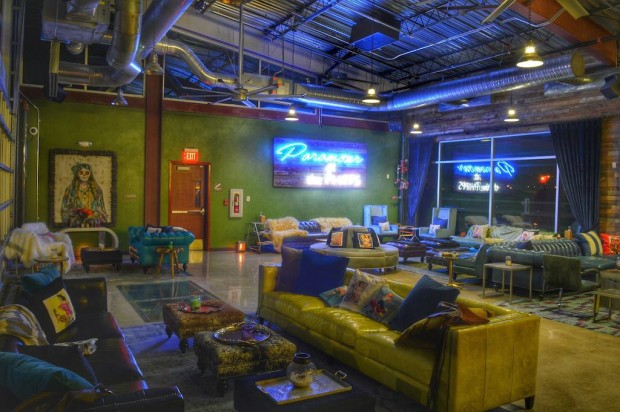 All images courtesy of Paramour

Despite its population of nearly 1.5 million people and its relative proximity to such established coffee towns as Austin and Houston, the specialty coffee playing field in San Antonio, Texas remains wide open. A few area roasters do exist, but a city as populous and as geographically spread out as SA has room for more than a few. This is the perspective held by the crew at Paramour, the stylish craft cocktail haven that is also the Alamo city’s first rooftop bar.

The 8,000-square-foot beacon of beverage refinement opened in late August on top of the Phipps Building at 102 9th Street, operating daily from 4 p.m. to 2 a.m., although those hours are now stretching into the daylight, as early as 7 a.m. With a reverse-osmosis filtration system feeding a brand new Slayer espresso machine backed by Nuova Simonelli Mythos Clima Pro grinders, Baratza Vario-W for hand-brews and a Mahlkonig EK43 for batch drips all now installed behind the bar, Paramour has just maneuvered itself into ground zero of San Antonio’s developing coffee scene.

The cocktail company brought on board SA native Jesse Garcia to head up the coffee program. Prior to joining Paramour, Garcia spent several years with the Austin-based Halcyon Coffee Bar Lounge, eventually moving back to his hometown to help establish a Halcyon outpost there. 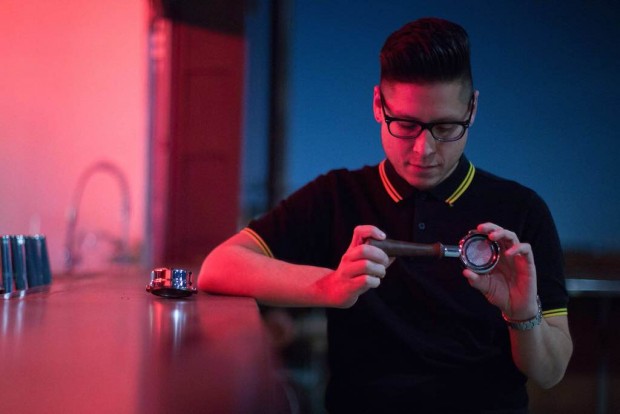 Though it’s not yet decided whether the Paramour program will include numerous roasters at once or cycle through individual roasters for longer terms, potential wholesale partners off the bat include Wisconsin-based Ruby Coffee Roasters, Ceremony Coffee out of Maryland, San Franciso’s Sightglass Coffee, and PT’s Coffee Roasting Co. from Kansas.

“Everybody here, whether on the coffee end of it or the cocktail end of it, is really excited and into their craft,” Garcia told Daily Coffee News, adding that he can foresee a time when the company is roasting its own.

“We have three roasters in San Antonio now, and six or seven actual legitimate coffee shops,” Garcia said of the local scene. “Everybody’s all spread out, just doing their own thing. What we’re trying to do here is bring everybody in, start doing barista and latte competitions and just having more of a community in San Antonio so we can all learn from each other and grow.” 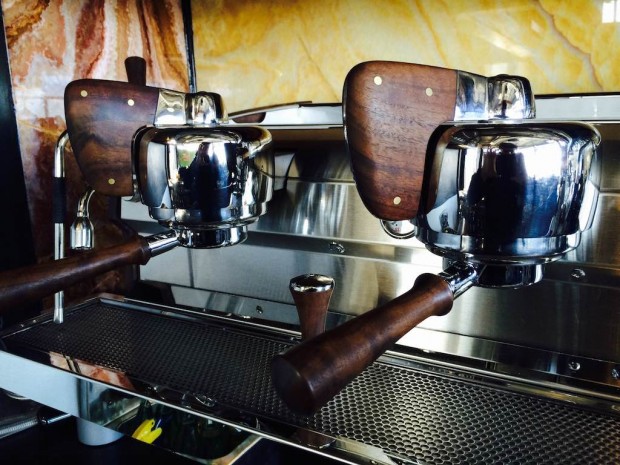 Garcia is optimistic about the future of coffee in the central Texas metropolis. “The more people are understanding coffee here, and getting into it and geeking out over it, the better the roasts are going to be,” said Garcia, whose prospective roaster partner roster draws beans from four different states, though none from Texas. “Other roasters are going to kind of elevate themselves. That’s what I’m waiting for. It’s a great time to be in San Antonio if you’re into coffee, because it’s growing.”