The Beautifully Simple Potential of ‘Green Water’ on the Farm 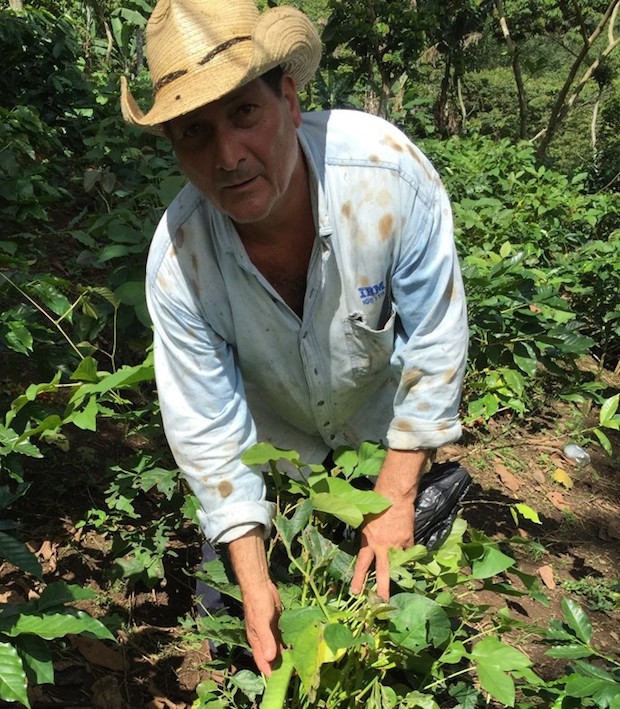 A few years ago, I asked a farmer in the “dry corridor” of eastern El Salvador what he would do to improve water management if he were the donor funding our project.

He pointed up at the hills and said, “During the wet season, there are torrents of rain that come down this mountain. The vast majority of it just runs off the land to the streams and rivers. Then two months later, all us farmers complain about drought. So, what I would do is to find a way to capture all this water we lose in the wet season, so we can use it in the dry season.”

Simple and brilliant, this is the logic behind building dams and drilling wells. But there are limits with these common engineering solutions: They are expensive and they don’t work everywhere. Besides cost barriers, topography and geology often make it impossible or unfeasible to capture water in dams or pump it from aquifers.

But there is a more subtle and elegant way for farmers to capture and store excess water to improve plant production.

A few years ago, I heard Dr. Malin Falkenmark talk about green water. She leads a group of brilliant thinkers who have re-introduced age-old wisdom about soil and water into a new paradigm that has huge implications for how we manage water for agriculture. I summarized the concept of green water in this post.

Here, I want to show an example of how this looks on a coffee farm.

Yesterday we visited Juan Hurtado, an innovative and obsessively practical farmer near San Ramon, Nicaragua. Juan grew up working as a farm laborer on coffee plantations, until he started farming his own two-hectare farm twenty years ago. Since then, he has expanded quite a bit and has succeeded where many others have struggled or failed. He’s what we would call a “positive deviant.” Juan Hurtado hosts a farmer-field-school on his farm, part of the CRS Blue Harvest program. 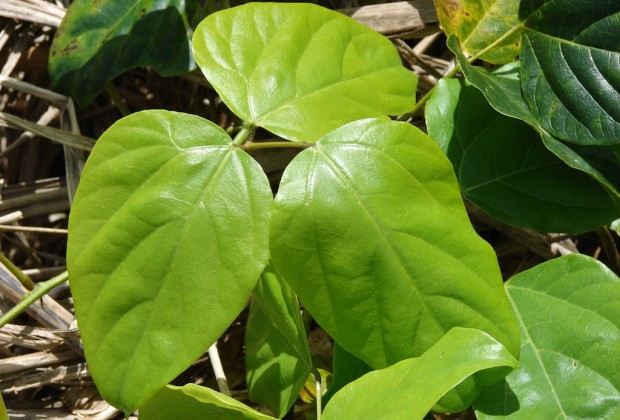 In mid-2014, Juan starting experimenting with the use of canavalia, a leguminous bush, which he has planted as rows between every row of coffee. Canavalia is a great complement to coffee for many reasons that are well documented.

Juan chops back the canavalia plants when they start to get above 18 inches (50 cm) tall, or when they start to compete with coffee plants for shade, leaving the cuttings on the soil. The plant recovers quickly, sprouting stems and leaves.

What this does for Juan’s farm is that it pulls in water and nutrients from the soil and the atmosphere, cycling it back into the soil, making water and nutrients available to coffee plants. Over time, this practice can help build deep and healthy soils that become increasingly good at storing water and nutrients, making the farm healthier and more resilient to disease and drought. While we are collecting data on the results of this experiment, Juan has no doubt. He has been expanding canavaria across his entire farm, and giving seeds away to his neighbors.

None of this is new to farming, and cover crops have been used by farmers for centuries. But, the green water paradigm helps shift our focus to the water management implications of the smart use of cover crops. For example, by using cover crops and other “water smart” practices, an increase to the soil’s capacity to hold moisture by, say, 5 percent in the top 40 cm (15 inches) of soil translates to an increase of water in the top soil by 200,000 liters (50,000 gallons) per hectare, all without dams, pumps or pipes.

Now, let’s imagine taking this same approach to an entire landscape, to hundreds or thousands of hectares. By investing in restoring soils, using cover crops, and other practices, we can capture and store billions of gallons of water, increasing farm productivity and reducing farmers’ vulnerability to drought.

I am keen to know more about the idea that plants themselves are able to return usable water to the ecosystem after decomposition. I’m familiar with hydraulic lift as a means of plants adding water to a system, but the idea that decomposing mateiral adds moisture to the system is new to me.

I would expect most of the water to evaporate during decomposition and, any of the water that is associated with the organic material would be stuck on the soil surface anyway, not beneath it where the roots are able to access it.

Certainly, the potential of N and organic matter addition is incredibly valuable. Thus, any decomposition in the field is a good idea, especially if the plant is N-fixing and not overly fertilized (N-fixing plants will happily take free N in the soil over the more costly kind from rhizobia). I’m just not sure about this water idea.

I look forward to hearing more from you!
Shawn Steiman