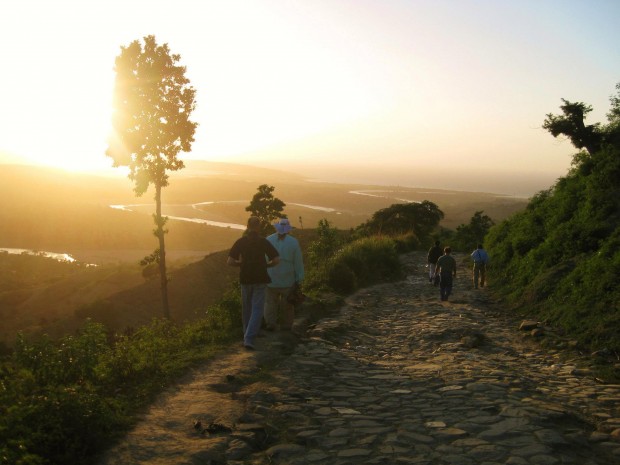 In the Carribean nation of Haiti, where a centuries-long coffee history has been closely associated with buyers and trade policies from the United States, coffee development in recent years has largely been focused on the Southeast region, surrounding the economic hub Port-au-Prince.

Most recently, the Clinton Foundation has been actively involved in revitalizing the Haitian coffee sector there, while private companies such as La Colombe have made significant investments.

But in Northwest Haiti, in once-thriving coffeelands surrounding Port-de-Paix, coffee’s comeback has been less pronounced, with deforestation for the sake of charcoal proving more profitable than agriculture for many people living there. The Northwest Coffeelands have largely degraded over hundreds of years, prohibiting viability as a cash crop due to an almost complete lack of infrastructure and market access.

“It’s the most economically challenged region in the poorest country of the Western Hemisphere,” Anthony Vinciguerra, Coordinator of the Center for Community Engagement at Miami’s St. Thomas University, recently told Daily Coffee News. “That said, it is also Haiti’s oldest region. It is incredibly beautiful, and there is wonderful potential for reviving its coffee production.”

Vinciguerra has been traveling to Northwest Haiti for the past eight years, helping lead a pioneering effort on behalf of the university to engage students in real-life development work that touches on international trade, marketing, ecology and agriculture, and business marketing and management. In the process, the university has partnered with and helped develop a self-sustaining Haitian coffee cooperative called Café COCANO, paying the producers $3 per pound, plus an additional $1.16 for co-op development work.

In its depth, it is an unprecedented program among U.S. universities that have engaged in the coffee sector at origin, with long-term sustainable business growth for the producer partner remaining one of critical end goals. Vinciguerra acknowledges a long history of NGOs, nonprofits and private companies engaging in Haitian coffee — the well-funded campaign to create a U.S. market for “Haitian Bleu” coffee is a prime example — but said many efforts have failed in creating long-term solutions that take into account local market factors, particularly in the Northwest region.

“If you just pour a bunch of money in, it doesn’t really help the coop in terms of sustainability,” Vinciguerra said. “We don’t want to create a false dependence.” 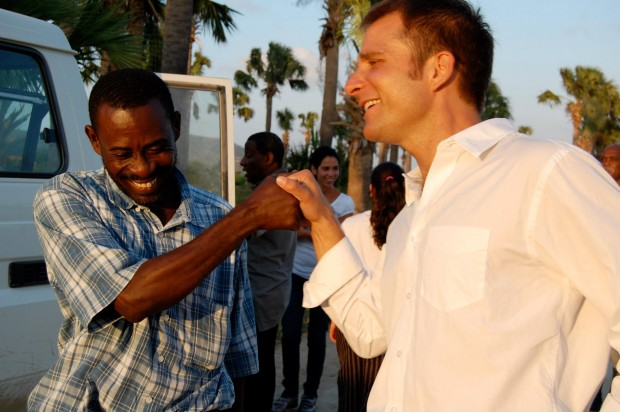 Vinciguerra with a COCANO member.

To that end, St. Thomas is helping develop market channels for the coop, not only as a buyer, but as a roasted coffee seller and marketer, with future plans potentially including importing green coffee for sale to other roasters. An Italian roasting company that has been interested in the project has been buying a portion of the co-ops pulped naturals from the beginning for use in an espresso blend. Vinciguerra and colleagues have also engaged with Joel Pollock of renowned Miami roaster/retailer Panther Coffee, who has also become an annual buyer of Café COCANO’s pulped naturals, roasting and selling the coffees as single-origin offerings or in blends, depending on how each new crop fares on the cupping table.

Vinciguerra credits Pollock with adding roasting industry acumen to help the university and the co-op better respond to the market. “There have been so many coffee projects here that have failed because they are seen as humanitarian projects,” he said. “Joel has been instrumental in helping with the quality stuff — helping the cooperative stand on its own two feet as quality coffee producers. We could pay someone a $6-per-pound premium, but no real coffee company would ever do that.”

St. Thomas also works with Panther in a private-label roasting relationship, from which coffees branded under the COCANO name are sold stateside, with students leading the way in e-commerce development, sales and marketing. While the crop volume has suffered over the past two years due to Hurricane Sandy, leaf rust, and some CBB infestations, St. Thomas annually sells out of its COCANO-branded coffees.

With firm footing now in buying, branding and selling the coffees, St. Thomas has also recently increased efforts in agronomy. Over the past year, plant biology students have been testing ethanol and methanol combinations for the purpose of trapping borer beetles, while representatives from the Wisconsin nonprofit Singing Rooster have provided agronomy assistance to smallholder farmers. The university has been maintaining a hand in developing nurseries, with potential plans for introducing new varieties for quality and pest- and disease-resistance to augment existing Haitian heirloom crops. 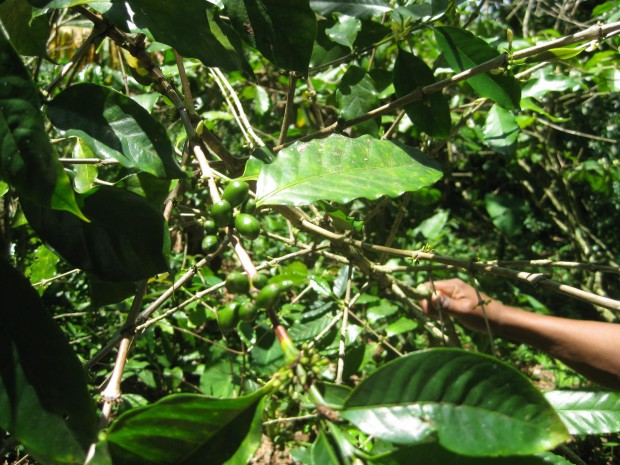 The co-op has now grown to include some 300 farmer family members, with the full production cycle involving some 2,000 residents of the region, most of whom have few other prospects to earn a wage. The benefits are also tangible from the small Catholic university’s perspective. “The big story for us is it’s a great way to help students learn about real, international and social business,” Vinciguerra said. “They’re not just learning business; they’re learning why they’re supporting sustainable business.”