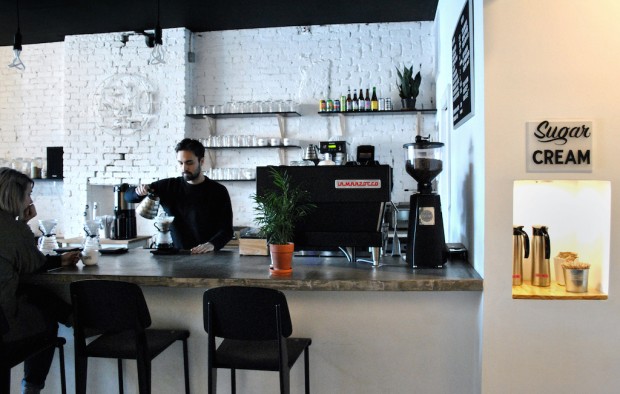 When it comes to the art of great coffee, a quality multiroaster café is like an exhibition space where a knowledgeable curator keeps patrons engaged and learning. And in an area unaccustomed to the varied nature of the specialty coffee, multiroasters serve the invaluable purpose of providing exposure and awareness of the many great coffees and great roasters that are out there. In early September of 2015, the eclectic Superior Merchandise Company opened its mixed retail-florist-coffee establishment in Troy, N.Y., where its curatorial flare has helped to broaden the regional coffee horizon.

SMC’s retail aspect features shelves thoughtfully stocked with clever, creative and well-made goods and gifts for the home and office. The floral department, operated by Flower Scout, focuses on local plants and flowers often grown by the company itself. There are regional wines and local craft beers in cans, bottles and draught, a small selection of light breakfast and midday snacks, and a well-executed multi-roaster coffee bar, all of which is tied together by the spirit of quality curation. 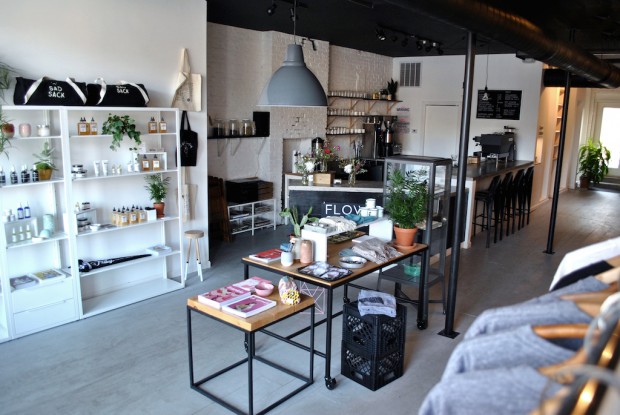 SMC Director of Coffee Matthew Loiacono brings with him a 13-year history in specialty coffee, most recently as a roaster and green buyer for the Saratoga Springs-based company Uncommon Grounds. Loiacono’s vision has guided the program through its opening lineup of California coffees including San Francisco’s De La Paz and Berkeley’s Supersonic. After that they swung back east with beans from Maryland’s Ceremony Coffee Roasters that gave way to offerings by Michigan-based Populace Coffee Co.. In February, selections from Pennsylvania’s Passenger Coffee will be swapped out for something else that’s yet to be determined.

“We’re one of two multi-roaster cafes in the entire region,” Loiacono told Daily Coffee News. “I don’t think we’re doing anything revolutionary in terms of coffee, necessarily. What we’re really trying to do is just offer great service and bring in roasters that we can feature prominently, give people enough time to get to know them, and then show them something totally different.” 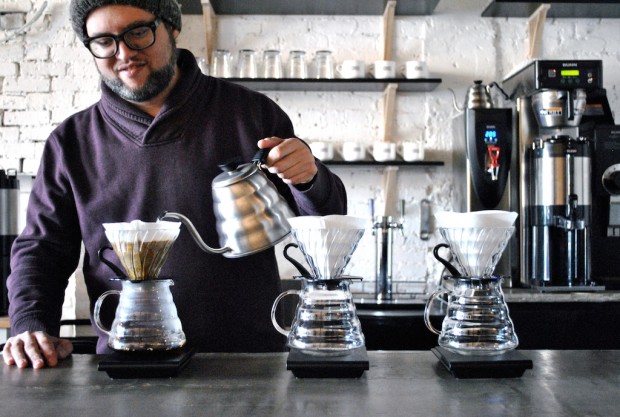 It’s a position Loiacono clearly relishes, and though he looks forward to a time when he might return to the craft of roasting, his current duties have constituted a worthwhile and exciting parallel adventure. “It’s been very nice to be able to take what I’ve learned the past few years as a roaster and then apply that to the retail setting. I’ve just had a laundry list of roasters that I want to work with,” said Loiacono. “Being a multi-roaster café, I’m able to source from roasters that I’ve always admired and loved.”

Coffees are prepared through Bunn batch brew, a murdered-out two-group La Marzocco Linea EE, and Hario V60 pourovers. In keeping with the curious, beautiful, “gotta have it” nature of the retail goods curated for the shop, their branded coffee mugs are hand-made by the New Zealand-based company Studio Ceramics, which SMC co-owners Felicity Jones and Mike Romig discovered while traveling through the region. Elsewhere along their travels they discovered an enduring love for the city of Copenhagen, which made Loiacono’s monthly Nordic roast exploratory “Scandinavian Saturday” idea a no-brainer. 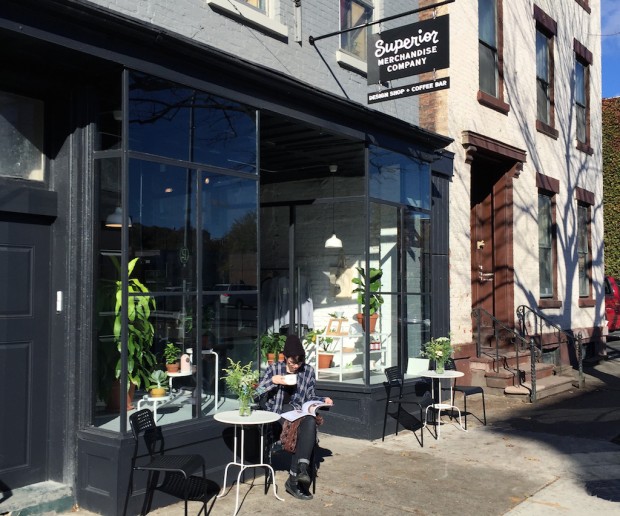 While it would be both environmentally inefficient and a disservice to the plethora of awesome stateside roasters for a shop to depend entirely on coffees roasted overseas, SMC strikes a brilliant and playful balance by way of a once-per-month special Scandinavian Saturday program, for which a small amount of a featured Nordic roaster is shipped in and served until it’s gone.

“If you think about other styles of roasting, there’s really not one more prominent than Nordic roasting,” said Loiacono of the inspiration. “We just did our first one the past weekend, and it worked really well. We had snowy weather, and it was ideal to sip on some great coffee from Koppi.”

The Nordic roasts come by way of the subscription service KaffeBox.no, which appealed to Loiacono at first as a great potential learning tool for their staff, then quickly evolved into a convenient method of presenting limited, special offerings for SMC guests. The shop may also do single-brand weekend-long “roaster takeovers,” and continue playing with the model as they go.
Loiacono reports that the retail combo nature of the business has offered several advantages in terms of flexibility and in defraying the potential awkwardness of introducing higher-end coffee to a market that’s not used to it. As an internal coffee bar as opposed to a standalone shop, they can get away with having only one size to-go cup and crafting all their own syrups using fresh, whole ingredients. Patrons enter the space with a mind made open and curious by the artful goods displayed all around, leading to a predisposition to try new things and an acceptance of whatever the bar’s got on offer. 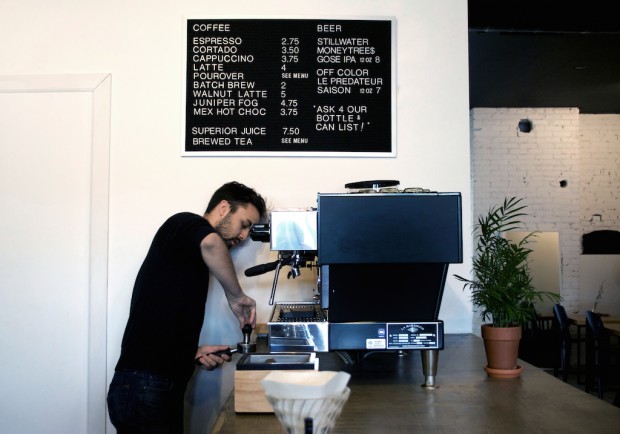 “We’re able to skip a lot of the trappings of what a normal coffee shop expectancy is from a customer standpoint,” said Loiacono. “I don’t think that we’ve had a lot of people walk out because we don’t serve skim milk.”

That said, coffee-drinkers more attracted to the toppings than the foundation of their drinks can also experience interesting things from SMC, such as the Walnut Rosemary Latte. Said Loiacono, “These drinks are really important because for people who aren’t super into the specialty, we want to sort of meet them halfway with flavors that they may have not tried before in coffee, combined with a level of craft that shows that we care about it.”

A carriage house garage behind the building may eventually be built out into a roastery under Loiacono’s direction, although no timeline is set. A year or two down the line, even if those ideas do come to fruition, SMC will not deviate from their creatively curatorial spirit, and will continue to introduce Troy to the larger world of roasting all-stars behind the bar. Said Loiacono, “If we were to start our own roasting operation, it would only make sense to carry that paired with other stuff.”