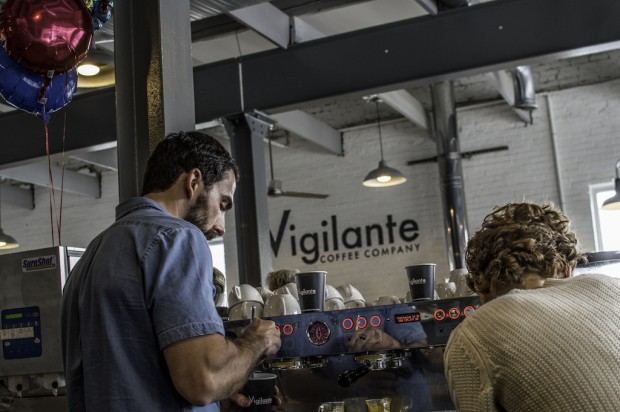 Some vigilantes don a mask and dispense justice outside the law. Others believe in total transparency and dispense coffee in full accordance with local, state and federal regulations. Chris Vigilante is thankfully among the latter group, and his company, Vigilante Coffee, is arguably of greater help to society than any cloister of villain-vanquishing capes and cowls.

The Vigilante Coffee flagship store has just reopened after a major remodel, and it’s never been more transparent or communal. The 3,000-square-foot former Ford Model T showroom at 4327 Gallatin Street in Hyattsville, Md., now has a generous open central space, a brand new 20-foot coffee bar on one end and a wrap-around bar serving coffee, beer and wine at the other. In one corner there’s also a stage for occasional performances, while along an opposite wall bustles Vigilante’s sizable production line, putting on a show of its own.

Vigilante’s lineup of three Diedrichs — their original IR-3, a newer IR-12 and a freshly-acquired sample-roasting IR-1 — are on clear display, giving patrons a glimpse of every step in production from greens in jute to browns in hoppers, 3-ounce cans or 12-ounce bags.

“If you drop a bean when you’re roasting, you’ve got to pick it up. People are watching to see if you let that go,” Chris Vigilante told Daily Coffee News. Which is not to say the remodel has negatively affected the environment for staff. In fact, a streamlined and comfortable workplace was chief among Vigilante’s concerns when planning the remodel, particularly in the new coffee service area. 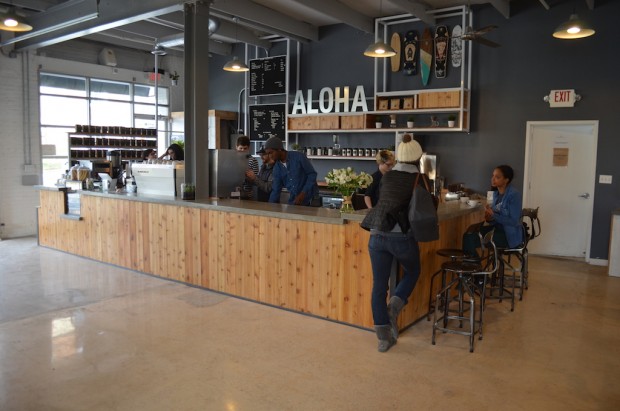 Harkening back to the trials of his earliest years in the industry as a barista, Vigilante described the new bar as a workstation built “by baristas, for baristas.” It’s the combined result of his own experience, the input from his staff and the company’s years of helping plan and select equipment for wholesale clients’ bars, all cobbled together over a five-month buildout period with existing café hours by day and construction behind a temporary wall at night.

The goal was to provide the best imaginable work flow for his staff, which they then translate into the best service for their customers. Adding to the excitement is a sense of accomplishment, as each new efficiency or creature comfort upgrade arrives like a pat on the back.

“When we first started, a lot of the normal things you’d have in a shop, we didn’t have. It was a big deal when we got a pitcher rinser,” said Vigilante. “To elevate to having several of them, a Linea PB three-group, and implementing a Sure Shot milk dispenser so our staff doesn’t have to break their back bending over getting milk out of a cooler… this is what we always wanted to do. Now we just had the finances to do it.”

Vigilante sources many of its offerings directly, then depends on the expertise of professional importers such as Ninety Plus, the Collaborative Coffee Source and others to ensure safe and timely passage from origin to Maryland. Vigilante’s passion for providing growers a square deal for their efforts stems back to his work as a grower himself, having spent years working with producers in Hawaii. That experience culminated in his helping with the initial propagation and development of a tiny, experimental and ultimately award-winning Manoa Valley farm. 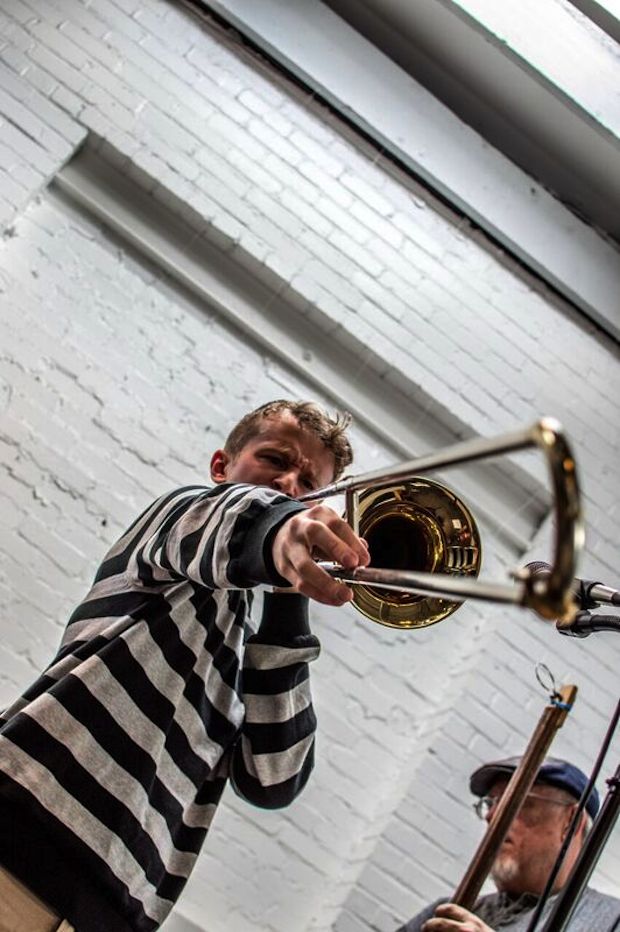 Today at the Vigilante roastery, select Hawaiian coffees have passed through, although he tends to stick with the more accessibly priced and higher-scoring coffees from the Latin American and African origins he’s visited more recently. “We’ve brought over a few of them,” said Vigilante of Hawaiian coffees, “but the price sometimes just wasn’t meeting the quality.”

Quality is ultimately the thing that drives the bus forward, and it doesn’t end with the beans or the roast — the brewing method gets just as much scrutiny at Vigilante. For this reason, Vigilante Coffee has not yet gone down the nitro road, even as they’re rolling out a selection of beers on tap. “We’ve been super hesitant to do a nitro cold brew because I’ve never had one that I’ve really loved,” said Vigilante, likening the fizzy brew to a heavy stout beer that’s interesting for a few sips but hard to finish.

And yet, Vigilante also listens to the market. “There’s something to it. I think a lot of people love it for a reason,” he said. “We just need to figure out a way that we’ll love it and we’ll be proud of it as a product. That’s still in research and development right now.”

Meanwhile, apart from espresso and the standard Kalita brew bar, the station is equipped for a wide variety of more specialized methods, and starting in the coming week or two, certain coffees will only be served via the method the staff has determined provides the best representation of what a given coffee can do. A dedicated Baratza Forte will be dialed in specifically for that brew, and that coffee will not be served any other way. 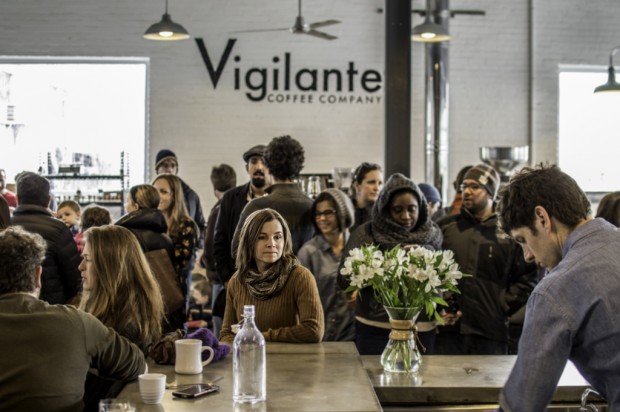 “We’re spending a lot of time dialing in that coffee, very similarly to how you dial in an espresso,” Vigilante said. “We’re not going to want to go and adjust those measurements and ratios to do a different brew method when we’ve locked in on one.”

The finished Vigilante Coffee rebuild is now open for longer hours, 7-7 daily. Performers will take the stage at least twice a month, and the first Aeropress-only coffee will be available before the end of February.

Correction: The third image is of a Trombone player, not a Trumpet player.