The Origin Brew Stand: Strength and Style for Pressing and Pouring 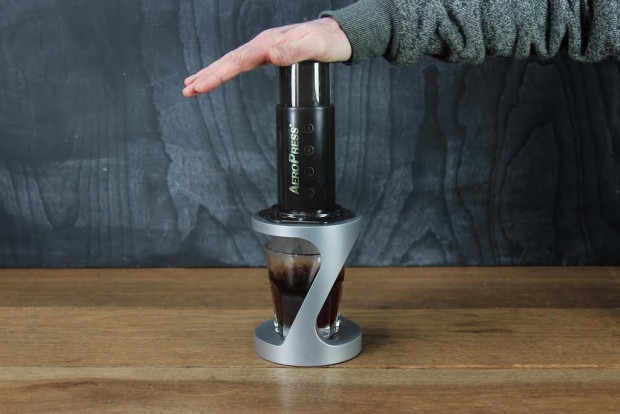 Equipment that highlights the grace, poise and precision inherent to the pourover process is rarely stalwart enough for the more brutal act of applying manual pressure to an Aeropress. Plenty of stylish equipment is available for the former, yet few options exist for Aeropress-able stands that reflect just as much effort in presenting a sophisticated aesthetic as they do in offering sturdy functionality.

Aiming to bridge this design-oriented divide is the Origin Brew Stand, a new product emerging from the UK that’s just about to cross the finish line of a successful crowdfunding campaign. As of this writing, the Origin campaign had eclipsed $13,000.

The Origin Brew Stand is an attractively contoured, solid aluminum stand. Its production version will be molded from molten aluminum and finished and anodized into either a brushed or polished appearance. Should the campaign achieve its stretch goals, versions with either a copper or matte black finish will also be made available. Though the product is geared primarily for the home market, the practicality and durability of the product also make it an attractive tool for professional use. 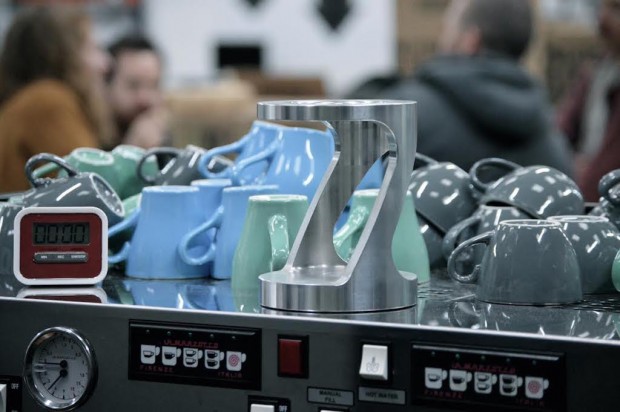 “There are absolutely brew stands out there at the moment that have enough strength and stability for Aeropress, but they are all very unattractive and bulky,” Origin Stand designer Neil Macqueen told Daily Coffee News. “The niche that the Origin stand fits in, is that is has the strength for Aeropress and the poise for pour over. The best of both worlds, strength and beauty, which is something unique.”

Macqueen is an industrial designer by trade, and an avid coffee drinker. He has no professional coffee background, but his friends do. Tim Griffiths, business manager at the Bristol-based company Extract Coffee Roasters, is one among them who consulted for this project.

Macqueen does specialize in designing objects of fluid contours and sturdy structure, though. He has designed three amusement park rides that are installed on the Grand Pier in the Weston-super-Mare seaside resort, in addition to a furniture series that includes a stool, a lampshade and wine rack.

While the Origin Brew Stand is the designer’s first coffee-related product, it won’t be his last. “We will be building our portfolio of what we have to offer to coffee lovers all over the world,” said Macqueen. “We have another product for the Aeropress market coming soon to Kickstarter, once the Origin Stand has been fulfilled and sorted. I think it has great potential, but I’m gonna keep quiet until we launch it.” 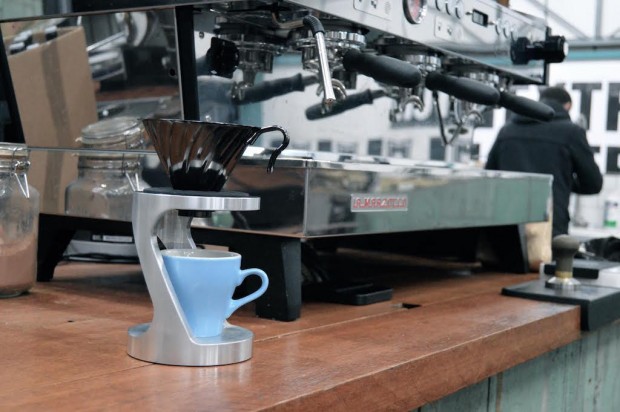 In the meantime, Macqueen will remain focused on the successful fruition of the Origin stand, at first to crowdfunding supporters and then through conventional retail channels.

Said Macqueen, “We have been getting offers from quite a few distributors for the Origin Stand, so post-Kickstarter we will be looking at setting up some key partnerships for distribution, as well as setting up our own online shop.”