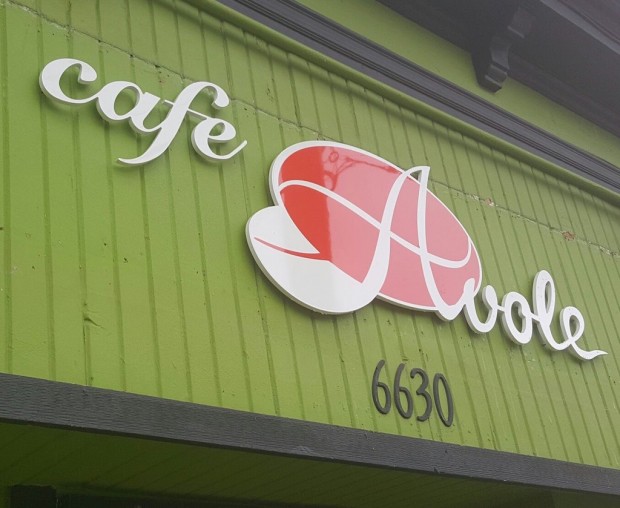 All photos courtesy of Café Avole

Ethiopia is a staple coffee origin, consistently lauded for its diversity, quality and impressively fruit- and berry-forward tendencies in the cup.

Often cited as the birthplace of coffee, its tradition of coffee cultivation is among the oldest in the world, as is its traditional method for preparing coffee in the ceremony called Jebena Buna. Yet for all that history, for all its agricultural export and despite the proliferation of Ethiopian restaurants in cities across the United States, the jebena as a brewing method hasn’t really caught on.

Entrepreneur Solomon Dubie aims to change that with Café Avole, a new coffee shop in the Brighton neighborhood of southeastern Seattle, Wash., that opened earlier this month. Armed with an arsenal of about 20 jebenas in the backroom of Café Avole, every morning Dubie fills airpots with fresh jebena brew for the morning rush, and then provides more relaxed, complete Jebena Buna table service for customers throughout the day.

“Once you taste the jebena, you’ll fall in love right away, honestly,” Dubie told Daily Coffee News. Traditional Jebena Buna is a three-cup ceremony, the first of which is called the Avole, hence the name of the shop. The second cup is called Tona, the third Bereka, served in small, handle-less cups and traditionally all brewed from the same dose of grounds. For groups that come into the shop, Dubie will pour the first cup, then leave them with the round-bottomed, thin-spouted pots to pour the subsequent cups for one another. 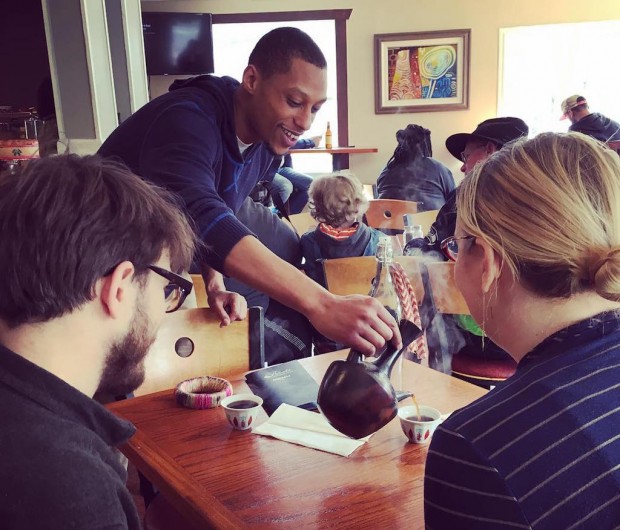 At its most traditional, the Jebena Buna ceremony includes the process of roasting the coffee freshly by hand in a pan over hot coals and then grinding it with a mortar and pestle immediately prior to brewing. Café Avole takes liberties in that regard, opting instead to serve high quality coffees roasted by local Seattle companies such as Vashon Coffee Company and soon also Kuma Coffee. All of their current offerings, though, are Ethiopian single-origin coffees.

“My mom would do it traditionally at home, it was pretty exciting,” Dubie said of his earliest coffee experiences. “I had to get some lessons from my mom, she eventually taught me how to do it.” Though Dubie was born and raised in the U.S., he has visited family in Ethiopia over the years. In 2012 he spent several months there specifically to learn more about the Ethiopian coffee industry, exploring complicated export logistics and forming contacts on farms and at coops that will come into play as the Café Avole business unfolds.

Dubie said that the business is steadily moving towards directly sourcing and importing coffee from Ethiopia itself, to be roasted by a yet-to-be-determined roasting partner for retail and wholesale around Seattle and beyond. “We’re trying to find a roaster that will roast beans that we select from Ethiopia, and highlight the coffee growers and farmers,” said Dubie.

Café Avole branded packaging has already been designed, and the company is already selling unroasted green coffee at its store for customers that prepare coffee the traditional way at home, and it may soon import and sell authentic Ethiopian jebena pots. “We have a lot of consumers that roast at home, particularly Ethiopian, East African and Eritrean folks that brew coffee at home with the jebena pot,” Dubie said, “so it kinda goes hand in hand.” 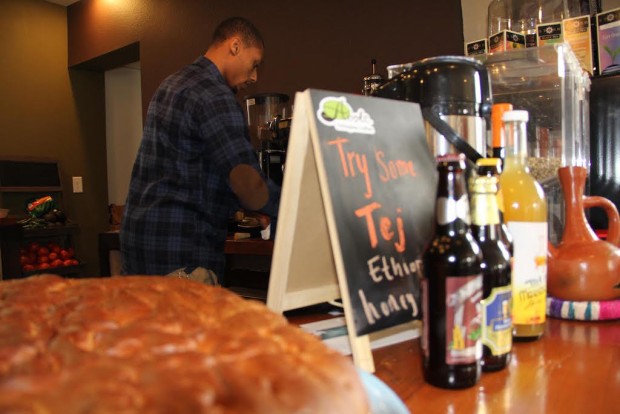 In the meantime, in these early days Dubie is helped by friends and family members around the 800-square-foot shop at 6630 Rainier Avenue S., formerly the home of the Rainier Mini Mart. Local youth volunteers also pitch in to support the business as well as to gain some on-the-job training and experience, which includes gaining more conventional barista skills on the café’s Rancilio Classe 8 espresso machine. “We also do espresso, pourovers and French press,” said Dubie. “Our whole idea is to focus on Ethiopian coffee at the moment. We’re also partnering with some people to do some Kenyan coffees. There’s a number of things we’re working on.”

As Café Avole finds its stride, a next step is already underway. “Within the next couple of months, we have a location that we’ve been working on in the central district of Seattle, where we’ll open up a juice shop that will also feature Avole coffee,” said Dubie. “Our whole idea is to properly represent the farmers.”