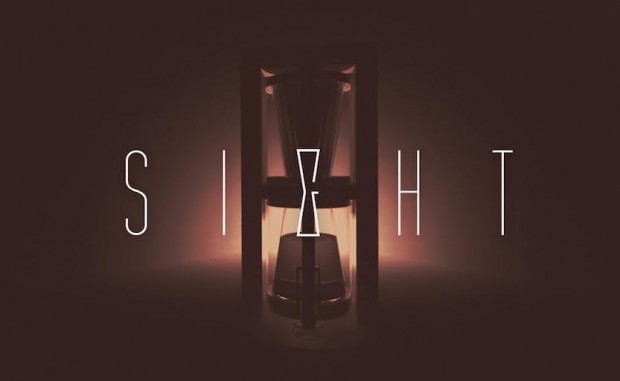 Salt Lake City, Utah-based Alpha Dominche made a huge splash four years ago when it introduced the Steampunk, which stood out as much for its elegant visual design as it did for its functional ingenuity as a single-cup, immersion-based coffee and tea brewer.

The company is poised to make waves yet again this year at next week’s SCAA Event in Atlanta as it unveils its second major product, a full immersion batch brewer called Sight. While the company is waiting for the trade show to unveil all the Sight’s nuts and bolts, it has just announced that baristas will be able to control the brewing parameters and store recipes via a smartphone or tablet app. Said Alpha Dominche:

The brew process is similar to that of Alpha Dominche’s iconic Steampunk in that baristas control all parameters such as pre-infusion as well as when and how much water is introduced to the coffee. Sight brews up to one gallon of coffee in six to eight minutes with or without a paper filter. Water showers over the coffee and at the end of the brew process the coffee is extracted from the glass top chamber to the bottom chamber via a vacuum created through a built-in pump. Once in the double-walled glass carafe, the coffee is kept hot for up to two hours.

Following the high-design commitment reflected in the Steampunk, the company promises that the brewer will be as much a sight to behold as it is a Sight to brew. “Our aim is to enrich the third wave with a specialized, parameter-controlled batch brewer that improves the quality of each cup of coffee served,” Alpha Dominche CEO Thomas Perez said in the announcement. “On top of producing a better cup, the coffee and teashops that spend a fortune designing a charming interior now have a batch brewer attractive enough to be showcased and not hidden on a back counter.”

Alpha Dominche representatives will be showing off the Sight at the 2016 SCAA Expo, taking place April 14-17 (booth #542), featuring roasted coffees sourced by importer Ninety Plus. The company said it expects to deliver Sight in early 2017 and will begin taking orders in November 2016.

I’m curious, steampunk is an artisan term and not a very original name. By cornering their branding into that term, will they now sue anyone coining that term if it relates to Coffee Brewers? Or was it done for the sake of internet searches relating to the steampunk search results?

Steam is one of the main unique brewing variables for the machines extraction process. Steampunk is a cool word that no coffee equipment company has used yet. One could say everything the word encapsulates would translate well into mechanical genius, everything Alpha Dominche is about. It’s a marketing no brainer. Damn it David ya need to calm down. Who the hell are you talking to on here anyway, your creepin me out. I can’t believe I even responded to this bullshit, but you were really pissin me off with your thought process… But I assure you David sir oh David when Alph Daminch is takin over the world with all the coffee steampunk lingo lawsuits, me and you buddy will see right through there web of LIES! We will take them down and justice…shall be ours. We will see our day in the sun, we will see our day…