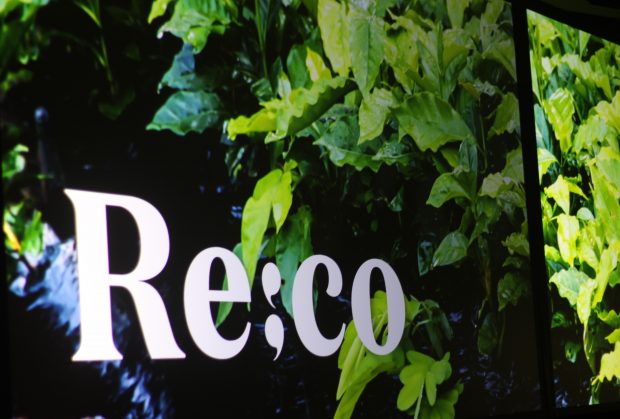 Is cold brew coffee a category or a craze? This question was posed at the recent Re:Co Specialty Coffee Symposium in Atlanta last week. While those two may not be mutually exclusive, the prevailing presumption was that cold brew is indeed a category — a remarkably fast-growing one, at that — while it is also poorly defined, misunderstood by consumers, and in very real danger of being diminished as a value proposition as quick-adopters of cold brew rush questionable products to the marketplace.

Introducing the discussion, the Specialty Coffee Association of America‘s Peter Giuliano showed a picture taken at his local Whole Foods, from which he counted 52 different skus of packaged cold brew products. For the past half a year, there’s not a week that goes by at Daily Coffee News in which we don’t receive a press release about a new cold brew product or distribution deal, or speak with a roaster planning to launch a cold brew operation. The category is here, but the big question at Re:Co seemed to be, is specialty coffee missing its window to responsibly develop the category to create a long-term value proposition?

“I’m going to start with a really simple question and my question is, what is cold brew — not how do you cold brew, what’s your brew method — but those two words looking back at you, what is ‘cold brew?'” said Re:Co speaker Diane Aylsworth, the vice president of cold brew at Stumptown Coffee Roasters, a company that first helped popularize cold brew through its RTD stubbie bottles and, more recently, opened a cold-brew-focused bar in New Orleans. “When I think of the consumer standing in front of this category with all these products and all these brands staring back at them, there’s a level of confusion and ambiguity that I don’t think we should be comfortable with.”

Aylsworth suggested the specialty coffee industry — within which cold brew has tended to develop in an insular way, with companies forging this fertile new ground on their own — should find ways to be more unified in its approach to cold brew, not just in terms of research and standards-creation, but in nurturing the development of what she described as a “unique, premium beverage.” 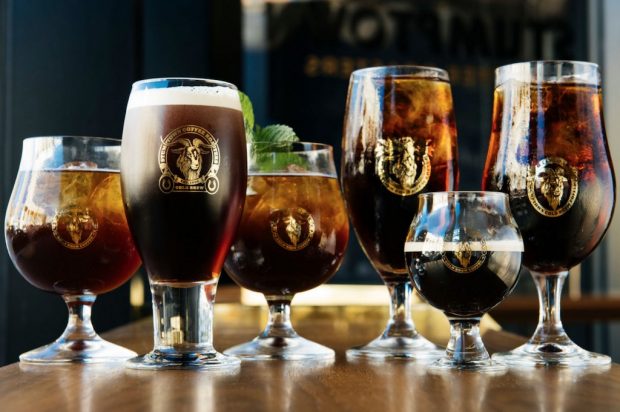 Re:Co speaker Michael Kiser, founder of the consultancy Good Beer Hunting and co-creator of the Uppers & Downers coffee and beer event brand, shared some thoughts on past and current category growing pains he’s witnessed within the craft beer world. He characterized the growth of cold brew as somewhat analogous to packaged cider drinks, and also to sour beers, two of the beverage industry’s other fastest-growing categories that also have played on what he described as a kind of “craft American aesthetic.”

Cider, he said, used to almost exclusively look like an exquisite agricultural product, with fancy bottle packaging and high price points, traditionally from longtime French cider makers. As demand for the beverage began to surge in the United States, it in many cases took the form of fermented apple juice in a can, with no reference to the agricultural source — in this case, apples — or the production processes.

“If you’re an American cider producer putting fermented apple juice in a can, you now are showing breweries exactly what they can do, because it’s not a specialty product anymore,” Kiser said. “It doesn’t come from a place, it doesn’t come from an apple variety. It doesn’t come from a process standpoint. It’s fermented apple juice in a can. If I am a brewery owner, especially a small craft brewery owner who has the tank capacity, all I have to do is ferment apple juice and put it in a can and I too have an incremental growth opportunity that chips away at your value proposition as a cider maker. And coffee might be next.”

Kiser also drew analogies to sours, behind which are centuries of time-honored brew processes that have been diminished in recent years as many craft beer makers have introduced “quick sours” to the market — beers made sour through simple chemical processes, rather than through traditional means of barrel aging and fermenting that can take years.

“This is the difference between long-term value and quick adoption,” Kiser said. “IPA got a long, long, long time to develop and it developed at a pace even slower than craft beer. But sour took off like a shotgun.”

A question yet to be answered in both sours and cold brew is, what do consumers actually care about — what are they seeking in these kinds of high-end craft products living within a somewhat diluted marketplace. “Are we just talking about acid flavors in general?” Kiser asked, referring to sours. “Is that what people are looking for? And in the end do consumers even care about any of that? It’s very important to align our value proposition to something that the consumer is actually looking for.”

Both speakers repeatedly referenced producers as an important part of the value chain in the future of cold brew coffee, with Aylsworth suggesting that the RTD cold brew category is a massive growth opportunity for specialty coffee as a whole. 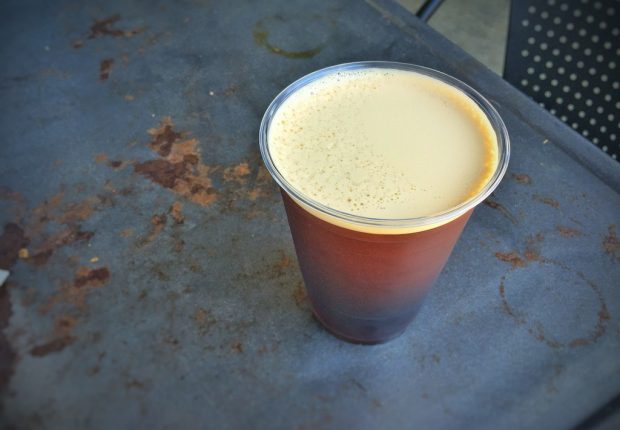 “What a packaged beverage does is it takes us into secondary channels,” she said. “Primarily what I’m talking about is grocery, and I think this could be really beneficial for all of us because it gives us more exposure to new consumers about specialty coffee, and it gives us exposure in a really approachable place — a place that’s more accessible, often, than coffee shops.”

Drawing further comparisons to cider packaging and branding, Kiser suggested cold brew is currently at threat of obfuscation to the point where there’s little difference between a meticulously sourced and processed agricultural product, and the equivalent of generic apple juice in a can.

“The risk of a new category, especially as it becomes Americanized with this American craft aesthetic, is that everything kind of ends up on the same level,” he said. “Specialty, or the source of those ingredients, or the things that you have been working on for so long, can often be obscured for the sake of quick adoption.”