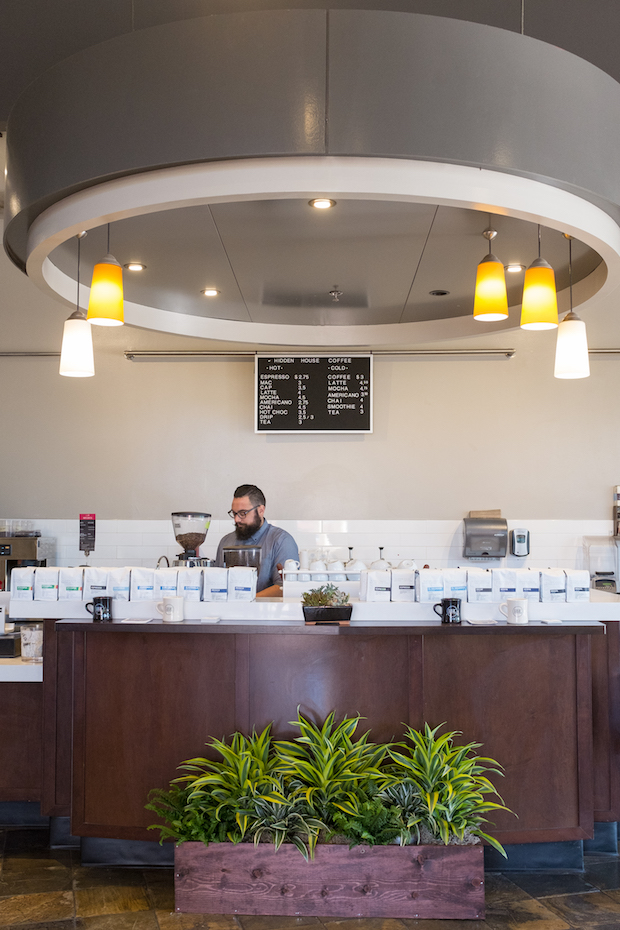 When the family-owned company opened its original location in 2010, the name made a lot of sense. Situated inside a 120-year-old house surrounded by trees on what the owners claim is the oldest street in California, the company added “Roasters” to its name in 2013 with the additions of a 5-kilo-capacity Primo roaster and a single-barrel Probat sample roaster installed in full view of patrons. Today both the production line and the retail footprint is expanding dramatically, to a point where they’re not nearly as “hidden” as they used to be. 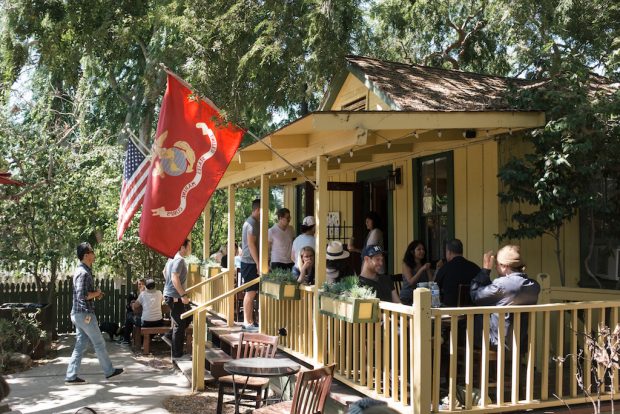 “The original location is what made our name,” Hidden House owner Ben Briggs told Daily Coffee News, noting the irony of the brand’s newfound environs. Yet the company hopes to imbue all their new and future shops with some sense of the vibe and culture of the original shop.

“When we do some of the remodeling, we’ll try to add little hints of decoration or branding that we have in our original store,” said Briggs, mentioning details such as the prominent American and Marine Corp flags that will appear in every store much like they do in San Juan Capistrano, given that Briggs is a veteran himself. Each store will also have a Wall of Honor, where staff and customers alike can post photos to celebrate the service people in their lives. 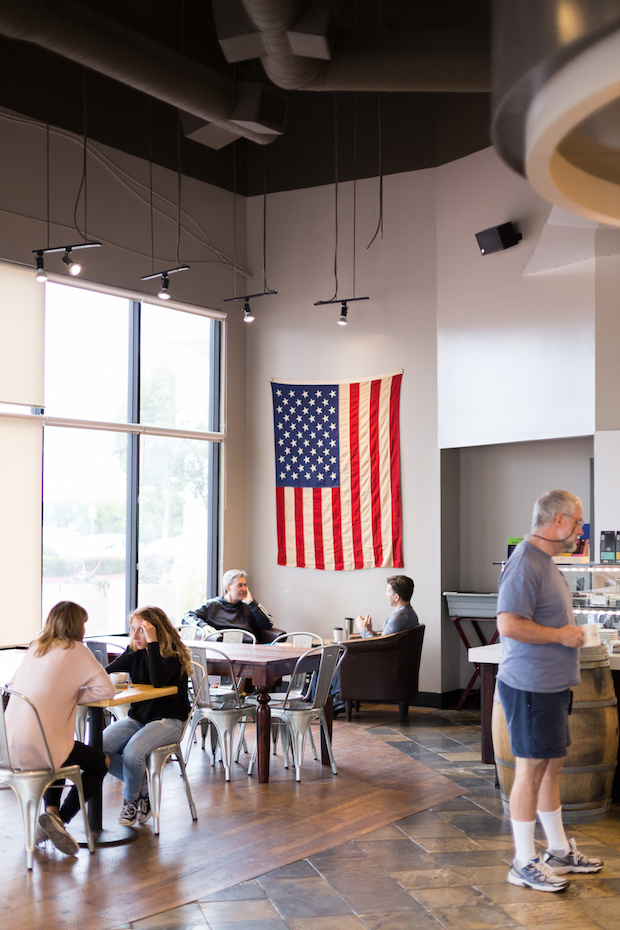 And since ChocXO’s shops were not what Briggs would describe as “specialty coffee shops,” there will be a slow but steady process of upgrades and replacements of equipment behind the bars. In place of aging, lower-end espresso machines and batch brew towers with no parameter controls, Hidden House is installing Curtis Seraphim brewers, Synesso espresso machines and Mahlkonig grinders in all stores, along with improvements to water filtration and the overall set-up of these stations for better workflow and efficiency.

“Im not going to lie — it’s crazy,” Briggs said of the whirlwind expansion. “In a perfect world, what would’ve happened is we would’ve acquired these cafés, shut them down for a week, remodeled, put the equipment in, retrained the staff and then reopened. But it’s obviously not a perfect world, and realistically, those cafes can’t be shut down.” 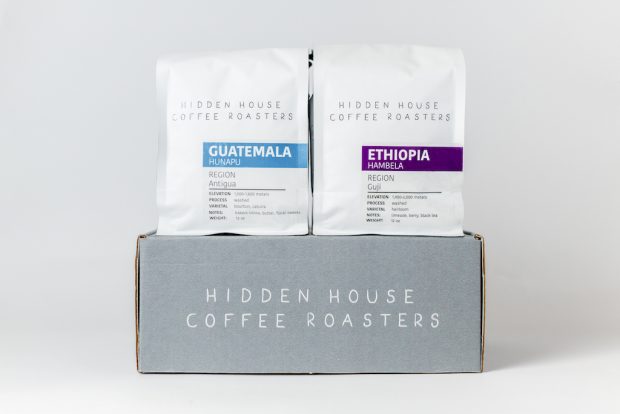 Both the 1,000-square-foot location in Costa Mesa and the 2,000-square-foot shop in Lake Forest will remain open throughout the rebranding and remodeling processes, as the chocolate company backs away from its coffee industry pursuits to double its focus on chocolate production. Hidden House has made an effort to keep as much original staff as possible, retraining as many workers as have been willing to adopt the different style of coffee and equipment. Briggs says retention of staff has been about 99 percent.

Meanwhile, another approximate 2,400-square-foot location that’s been in the works since June 2015 is slated to open its doors in May. What’s now going to be the fourth Hidden House location is nearly finished wading through with a frustrating series of permitting and other red-tape delays. 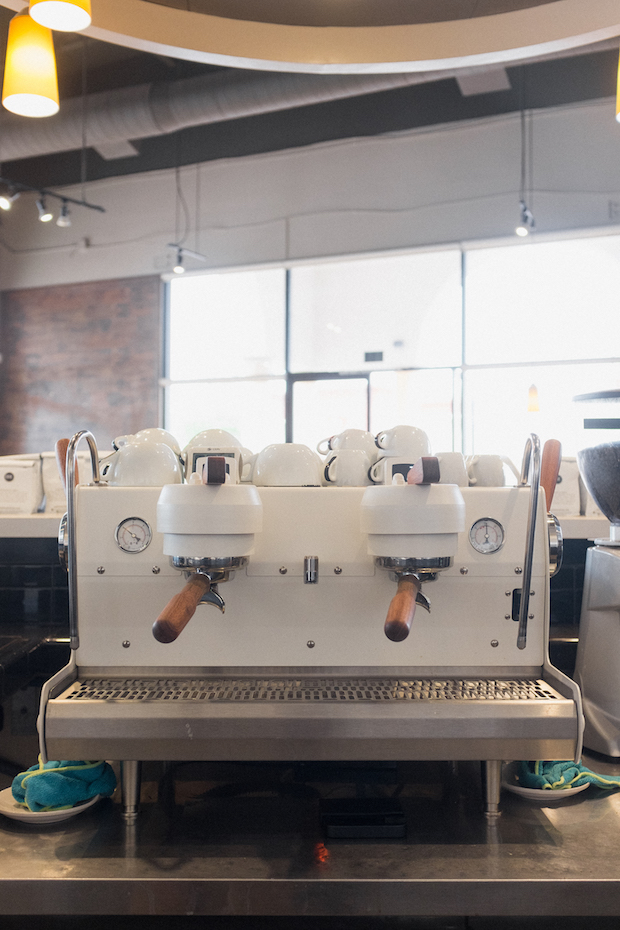 The upcoming shop is inside a 1914 brick warehouse space in downtown Santa Ana. Although in more of an urban setting, the shop will more readily represent some of the intimate, vintage original Hidden House charm. The same service and preparation equipment lineup will appear there, as will a brand new 18-kilo-capacity US Roaster Corp machine that’s been waiting patiently in a storage warehouse for its opportunity to shine.

The terms of the ChocXO deal included the Diedrich IR12 and 1-pound sample US Roaster machines located inside the Costa Mesa location, which is where HH will maintain its roasting operations for all stores during the transition. In time Briggs hopes the entire production line can be grouped together into one centralized location at the Santa Ana shop. 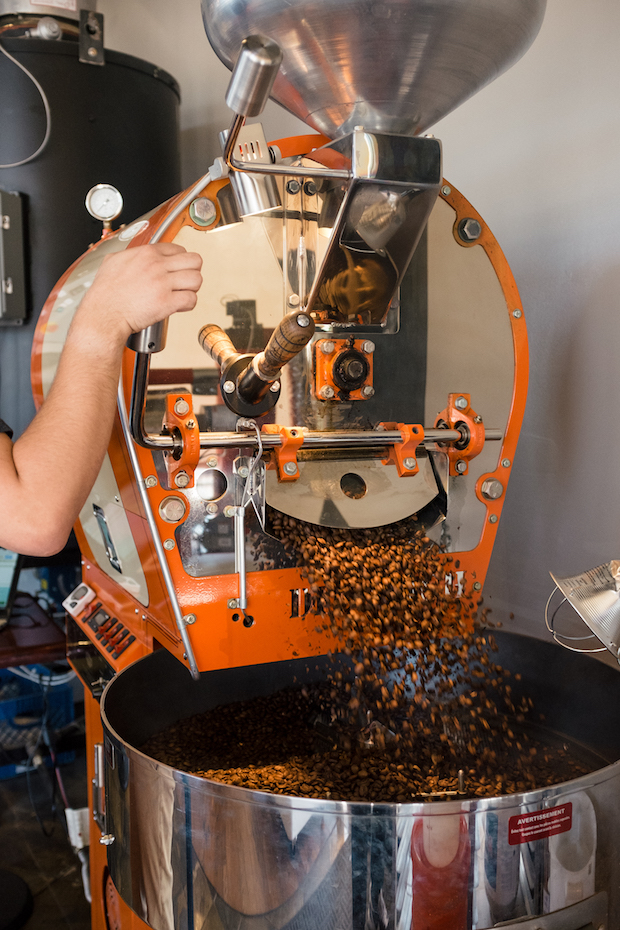 “The deal with ChocXO was a fast-paced thing, we didn’t premeditate it. We didn’t go out seeking it, it kind of just fell in our lap and we couldn’t pass up the opportunity,” said Briggs, adding the Diedrich was a vital point in keeping it all together. “This little Primo couldn’t have handled three stores.”

Roasting coffees sourced through a variety of importers as well as a couple direct trade relationships with growers in El Salvador and Ethiopia, Briggs looks forward to the point when this sudden retail burst settles into its groove and they’ll make more of an effort to develop their wholesale department. 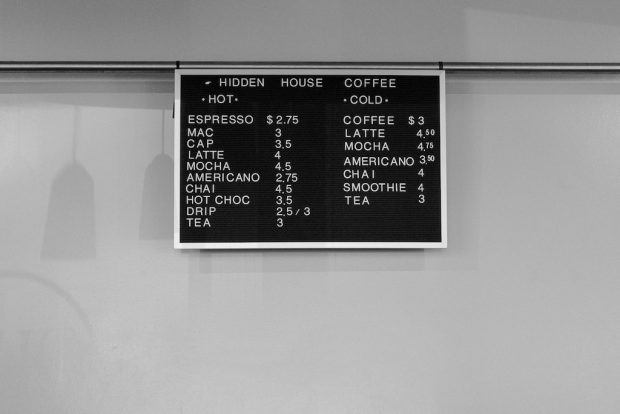 “We haven’t gone actively seeking it very much because we couldn’t handle the capacity. But now everything’s changed, and I would love to get more wholesale,” said Briggs. “After we get the four cafes to where we want them, the next logical step would be growing the wholesale program before we get into opening more retail stores.”

Now if they only actually made an ice latte correctly with ESPRESSO instead of concentrated cold brew, I might try them out again. Sorry Hidden House, even your reviews are as pretentious as your way of making “coffee.”