See Coffee Roasting as You’ve Never Seen it Before, in Roasted 2 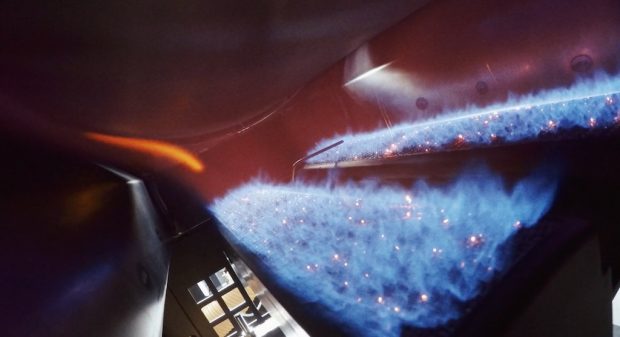 A screenshot from Roasted 2 showing a Probat UG22 burner.

You could roast coffee professionally for a lifetime and never see the mechanics of the process in the way recently presented by Gábor Laczkó of the Hungarian craft roastery Kávékalmár Kft and his film partner Attila Zérczi in the new short video Roasted 2.

Filmed at the German Probat affiliate Kirsch und Mausser production facility using multiple prosumer- and professional-level cameras, including two GoPro 4 cameras, the video is a follow-up to 2014’s Roasted. Like any good sequel, it maintains and expands upon all the best aspects of the original, following green coffee through its descent into the roasting cylinder through its suction into a destoner, capturing many elements typically inaccessible to the human eye, such as the Probat UG22 burner firing up, trier and cooling tray POV shots and coffee bouncing around inside the drum.