Portland Roasting Coffee Preparing to Power Itself Through Waste-Heat Generator 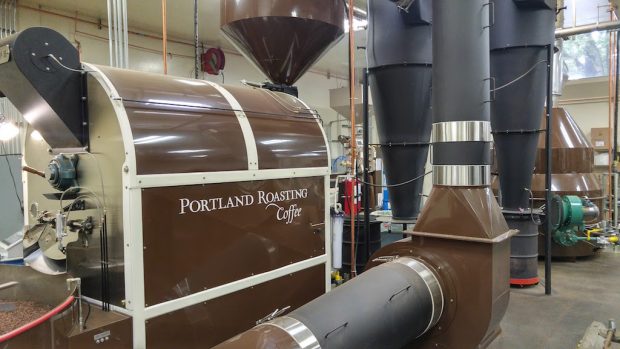 Progressive coffee roasting company Portland Roasting Coffee is moving forward with a plan to install groundbreaking renewable energy technology in its roastery that, if successful, could not only generate enough electricity to power their entire operation, but possibly add energy to the grid.

A unique electricity generator is in development that will capture the “wasted” heat output from their roasting machine’s afterburners and transform it into usable energy. The technology is the product of Boulder, Colo.-based certified B-corporation Cool Energy, which has been pioneering the development of heat-capturing power generators for use in various but limited applications for almost a decade.

Portland Roasting Coffee would not only be the first coffee company to deploy the generator technology, it would also represent the first industrial application of its scale incorporating a waste-heat-fueled power generator, according to PRC Director of Coffee Nathanael May.

The new roaster is a 210-kilo Diedrich that they purchased in December of 2015, and it was in the midst of that purchase that Diedrich put forth the possibility of partnering with Cool Energy for the development and installation of the generator.

“We went to Idaho imagining that we were just going to make sure that this was the right roaster for us, and then we came back with our heads spinning with dreams and possibilities,” said May. 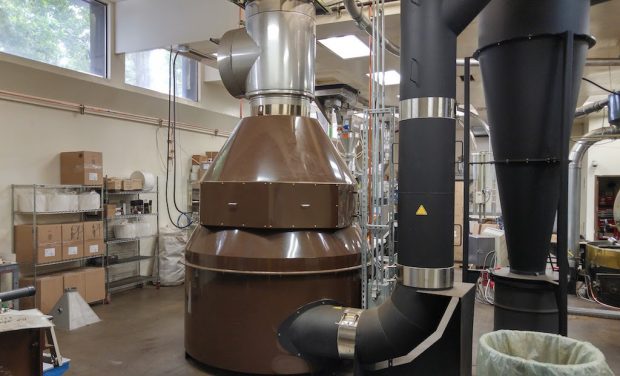 The catalytic oxidizer at Portland Roasting.

Cool Energy is now designing the generator specifically to attach to the Diedrich catalytic oxidizer — which, though cooler than a traditional afterburner, still runs at around 700-800 °F, according to May — to capture and transform the leftover heat into electricity that can be stored in a battery or returned to the grid.

“A lot of the challenge that we are running into is figuring out how that power is going to be used. Do we have the ability to send it back out to the grid? Does Portland General Electric have the ability to receive it? How will it affect our bill?” postulated May. “There’s a lot of logistics things to figure out with somebody that’s generating their own power.”

Aside from the new Diedrich, PRC’s existing production line consists of two Topers, one 60-kilo and the other 120-kilo in capacity. Both are heavily customized to improve roast speed and airflow, although while their older, conventional afterburners do generate more heat and might therefore yield more power from the generator, they also consume more natural gas to create that heat, and the equipment itself is not designed to accommodate such an add-on, nor will the new generators be designed to attach to them.

Should all go well with the new generator and PRC’s growth models also come to pass, May said the company intends to eventually replace the older Topers with new 210-kilo Diedrichs, complete with catalytic oxidizers with waste-heat generators attached.

“Our back-of-a-napkin math tells us that with three roasters operating with these generators, we should be able to produce enough power to run our entire facility,” said May.

Any expansion of the production line from there would, according to their “casual math,” actually yield an abundance of power, which they could hopefully feed into the grid. 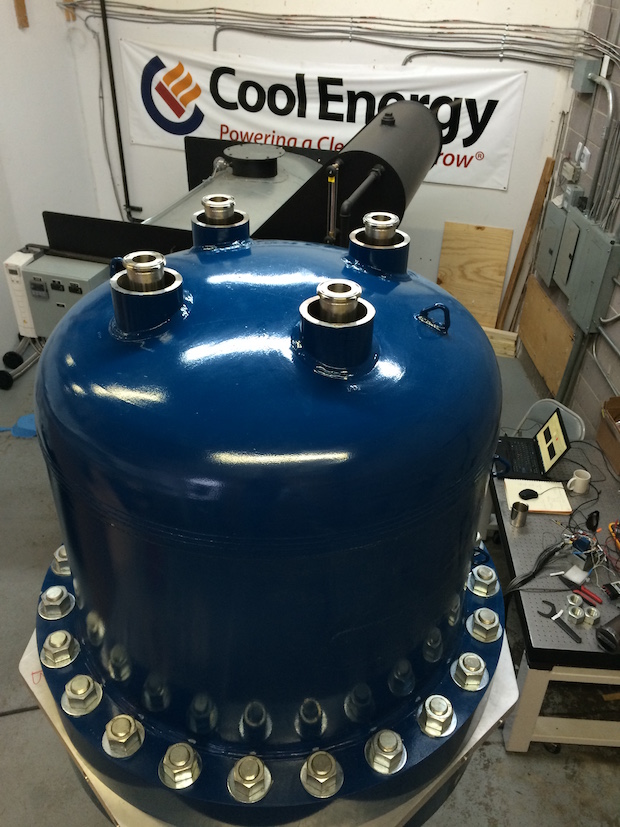 “Portland Roasting has always striven to be the ultimately most sustainable company that it can be,” May said. “This seems like the perfect opportunity to show that, in a very direct and measurable way, to be powering ourselves off of our own product that we have to produce in order to make money, and then also providing power to other people in Portland with that same energy.”

The generator is neither small nor cheap. May reported that the cylindrical generator is about 52 inches in diameter by 105 inches tall, and the cost for the first one is anticipated to be about $70,000. To mitigate this expense, PRC has landed a one-time incentive from the Energy Trust of Oregon in the amount of $20,000, which reduces the time it would take for the generator to pay for itself in energy savings to about seven years.

They’re also working together with the conservation group in drafting a variety of federal grant proposals for additional incentives that could potentially shave another 30 percent off the cost of the generator. This would not only mean savings for Portland Roasting, but it could also be potentially applicable to any other roasting companies that seek to adopt the technology. May reported that while that endeavor has thus far proven to be somewhat hit-or-miss, they have had some success and it is definitely progressing.

“Mark (Stell, PRC managing partner) wants to be an innovator in the coffee industry. That innovation is never intended to benefit Portland Roasting exclusively,” said May. “If we can find something and test it and use it, and learn about something that could benefit everybody, then we want to share that benefit with everybody and be as open as possible about how to be successful with it.”

Stell is reportedly holding off on the purchase and installation of the generator until 2017, in order to allow for the possibility of grant money. In the meantime, the company, which has been fully carbon neutral since 2007, will be focusing on the opening of three new retail locations inside the Portland International Airport. May said that one will open this month, the second next month, and the third sometime this fall.