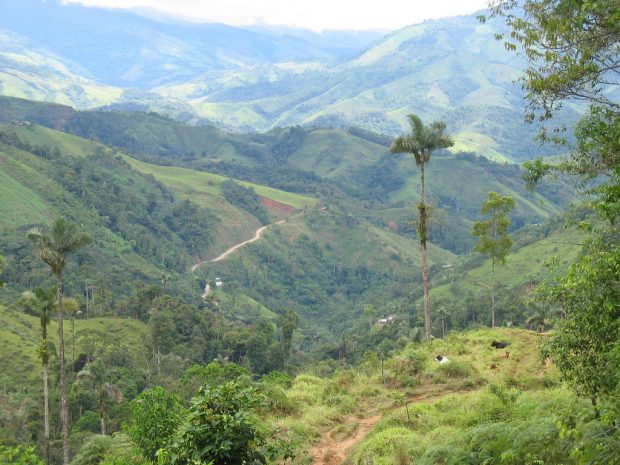 Home and wholesale coffee giant Nespresso is working in coordination with Colombia’s Federacion Nacional de Cafeteros (FNC) to bring to market coffees from the Caquetá region, one of the regions most affected over the past 50 years by the Colombian conflict.

Both groups announced the initiative yesterday, immediately following the signing of a monumental peace agreement between Colombian president Juan Manuel Santos and leaders of the FARC rebel group.

“The company’s ambition is to encourage the reintegration into society of those who were impacted by the conflict and facilitate the return of those farmers who were displaced in order to support their transition into a sustainable means of income and improved livelihoods,” Nespresso said of its involvement today.

Bordered by the highly-regarded coffee regions Huila and Cauca to the West, the Caquetá Department has a long history of coffee production, although its lush, high-elevation jungles have also been home to rebel forces and armed conflict throughout the decades-long internal conflict.

With support from the FNC, Nespresso is introducing its AAA sustainability program to the region, with plans to launch a limited-edition “Aurora de la Paz” coffee in its “Grand Cru” single-serve line later this year. Nespresso says it will also be supporting smallholders in numerous other Colombian coffee-growing areas who have been affected by the conflict.

“This initiative illustrates what the private sector can contribute to the post-conflict process following the signing of the peace accord,” said Rafael Pardo, a Post-Conflict Minister for Colombia. “Nespresso’s work in Caquetá and other areas will provide farmers with the means to revitalize the coffee industry in the region, with a view to long-term development, peace and stability.”

A goal for the FNC is not only to support existing coffee farmers in the region, but also to encourage those who have been displaced by conflict to return to coffee farming as a means for a sustainable livelihood.

“Our farmers produce some of the best coffee in the world, but the conflict has meant many have had to leave their farms and the small number who remained have only been able to produce a limited amount,” said FNC CEO Roberto Velez. “Through our work with Nespresso, we will support the farmers who have remained and encourage those who were displaced to return. We also plan to follow the government’s plan to reintegrate into society and work life those who have participated in the conflict.”