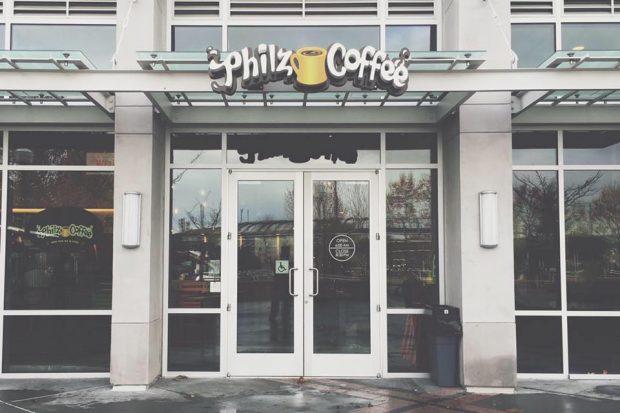 Bay Area roaster/retailer Philz Coffee has closed on a $45 million Series C funding round, with plans to add stores in major metropolitan markets throughout the United States.

In an announcement this morning through the Medium platform, Philz CEO Jacob Jaber — the son of charismatic Philz founder Phil Jaber, who started the company in San Francisco’s Mission district in 2002 — said the investment was led by the firm TPG Growth.

As a part of the funding round — the largest in a series of multimillion dollar investments raised by Philz since 2012, totalling more than $75 million — TPG Co-founder and Co-CEO Jim Coulter and TPG partner Sanjay Banker will join the Philz Board of Directors.

Philz currently has 29 retail locations operating or in development in the Bay Area, as well as eight more in place or coming soon to Southern California. The company opened two Washington D.C. stores earlier this year, and Jaber told Forbes that expansion into the Boston market is coming soon.

In the announcement, Jaber shared some of the company’s remarkable family history:

I’ve been part of the business helping my dad since I was nine years old, when I’d stand on top of milk crates and ringing people up at the register. At around the time my dad started sharing his coffee blends with his customers at the grocery store I was about 18. I disliked school because I felt like I was forced to learn stuff I wasn’t interested in from people who weren’t that interesting, so I left and decided to help my dad full time at what was soon to be Philz.

Uniquely, my dad gave me the opportunity at the age of 18 to run the business full time. Being a passionate, competitive, eager and business loving young man, I decided to take on the challenge with his ongoing support and mentorship.

Fast forward to today, we have nearly 40 stores in California, Washington D.C. and soon to be Boston. With 1,000 fantastic team members, our mission is the strongest it’s ever been and we are eager to share Philz in communities around the world. Our new round of funding will help us continue expanding into new communities, continue building an amazing team and culture, and improve our operational efforts to perfect the retail experience that Philz fans have grown to love.