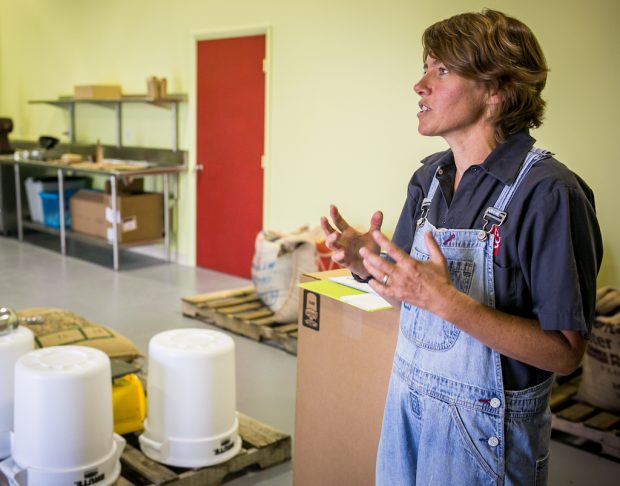 Big businesses generally start small. Rarely does it happen the other way around, although when a roaster gets her start at Starbucks, helps the company grow into its largest production plants in the United States and then uses that knowledge and experience to launch her own suburban Pennsylvania startup with a Probat P12, you could say it’s a small business that started big.

Jean Parry worked at Starbucks for almost 13 years. She started in the mid-1990s as a part-time night-shift barista while putting her degree in Marine Biology to work for a Washington, D.C.-area nonprofit, mainly because the then-burgeoning coffee company, which had only just entered the D.C. market at that time, was an early adopter of providing healthcare to all its workers, including those that worked less than 30 hours per week. 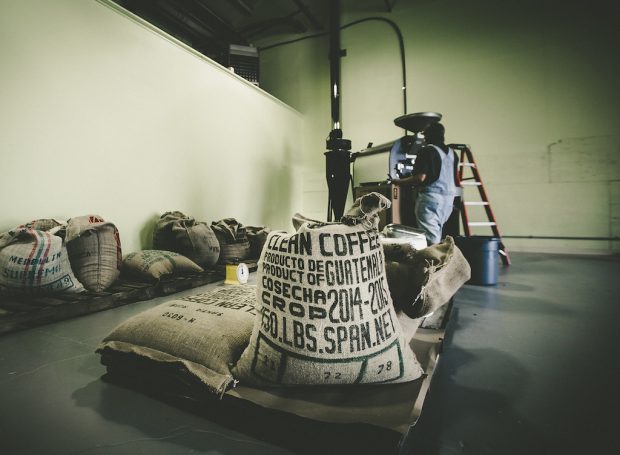 She transitioned through roles as the company expanded, and found that the manufacturing side of things suited her well. She was trained on sample-roasting and sat in on green sourcing meetings but ultimately specialized in production, a position that evolved to include traveling internationally to help plan, start up and maintain some truly enormous production plants.

The last machine she remembers helping the company install had a batch size of about 1,000 pounds. “It was a great job. Absolutely a super-fun job if you love being in manufacturing, and traveling to different parts of the world,” Parry told Daily Coffee News. “But it was a little daunting because of the size of it. The operation was getting kind of ginormous.” 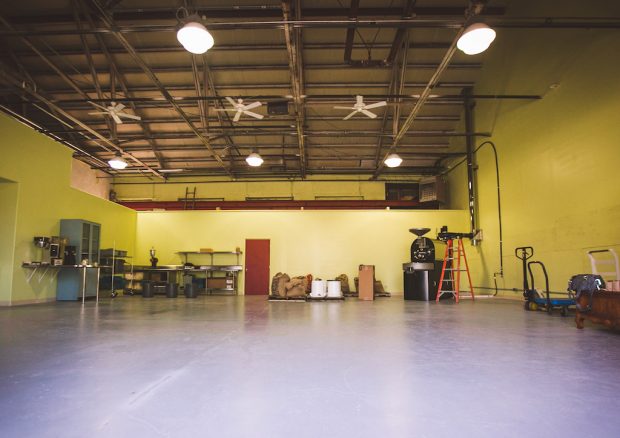 Parry bid the green siren adieu in 2009, taking time to focus on her two young kids as the family moved from Seattle to the Charleston, S.C., area and then north to Ambler, Penn., which is where they’ve settled about a 20-minute drive outside Philadelphia.

Parry describes Ambler as “a terrific little town” that’s chock full of commuters that head into a city well stocked with local roasters, and yet the town had no local roaster of its own.

“That’s one of the things that kept coming back around,” said Parry. “‘Wouldn’t it be nice to have a coffee roaster right here in town?’ My friends and family were always saying that.”

Jean and her husband Austin launched Parry Coffee Roasters in Ambler last summer with a Probat P12 in a 2,000-square-foot facility, and while Austin handles the crucial financial and administrative side of things, the sourcing, profiling, roasting and packaging is essentially a one-woman show, which is a far cry from the thousand-headed coffee labyrinth that was her previous employer. Said Parry, “I really love the simplicity of how it’s done, in every way.”

“This whole past year has been really interesting for me, learning more about green coffee buying in general,” Parry added. “And everything, actually — the whole business. Starbucks, of course, has a little business unit running every little possible attribute of the business, so you need to just focus on your one little niche. Having to do it all for this business has been interesting.” 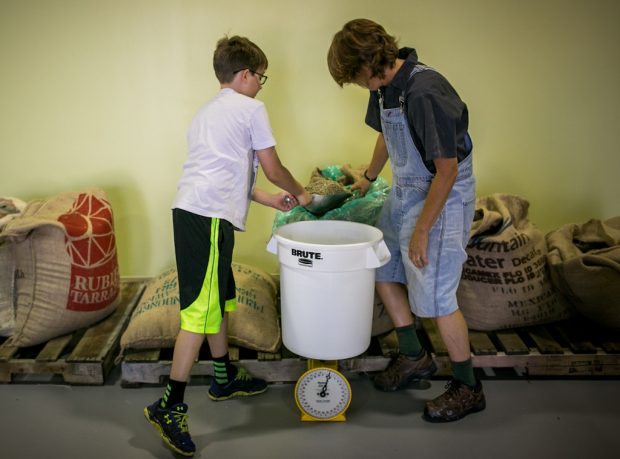 PCR sources greens currently through Houston, Texas-based Walker Coffee Trading and a bit through Keffa Coffee, then sells the roasted goods to wholesale accounts and directly to consumers through local markets and on the web. They also offer a local coffee delivery subscription, dropping bags of beans on doorsteps around Ambler.

“Word keeps getting out, and I’m actually delivering more and more through the week,” said Parry, who would like to mitigate that facet going forward by making stockists of Ambler’s abundant neighborhood mom-and-pop corner stores. 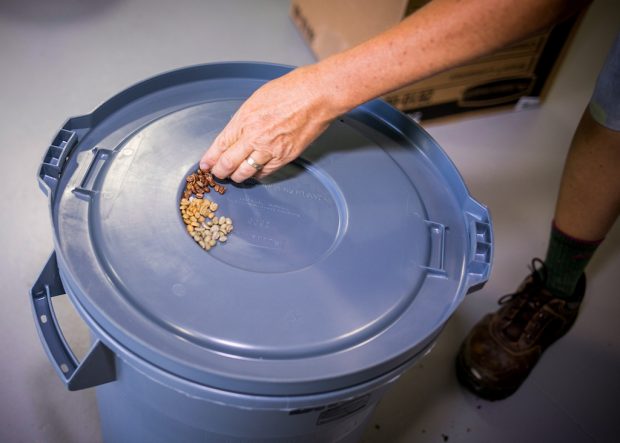 Stylistically, the Parry take on coffees is still evolving. Whereas the roaster at first fell back on her experience roasting for Starbucks, she has found herself gravitating more towards a gentler approach that better highlights the florals and aromatics that she treasures particularly in African coffees.

“I’m still roasting in the traditional way that I learned, except for certain coffees I’m starting to develop a little bit of my own style, because they need it,” said Parry. “I’m constantly looking for something more from coffee than I’m getting, in terms of higher notes.”

A particularly interesting challenge to roasting in Ambler is the extremely hard deep-well water with which to contend. 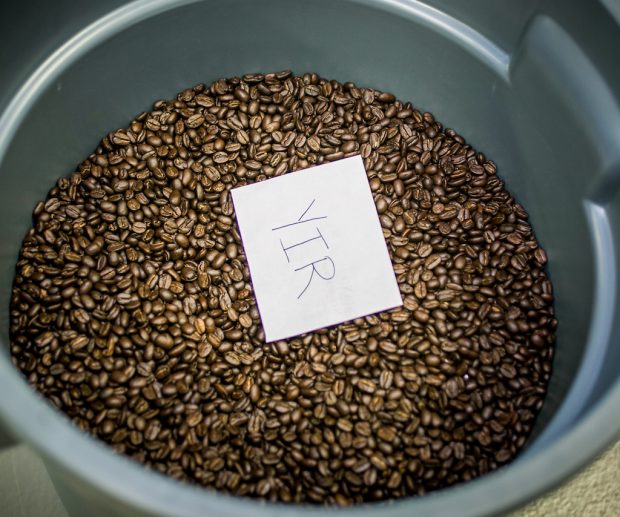 “The heavier, darker roasts are less affected by the water, whereas I’m a huge fan of really lovely African coffees and natural process coffees from other regions that are just stellar and have all these interesting flavor profiles,” said Parry. In the end she’s finding that a more “delicate” roast, with slower development time at lower temperatures better highlights the adventurous notes she enjoys, although the water situation remains challenging, as she doesn’t want these flavors to be lost on her customers. 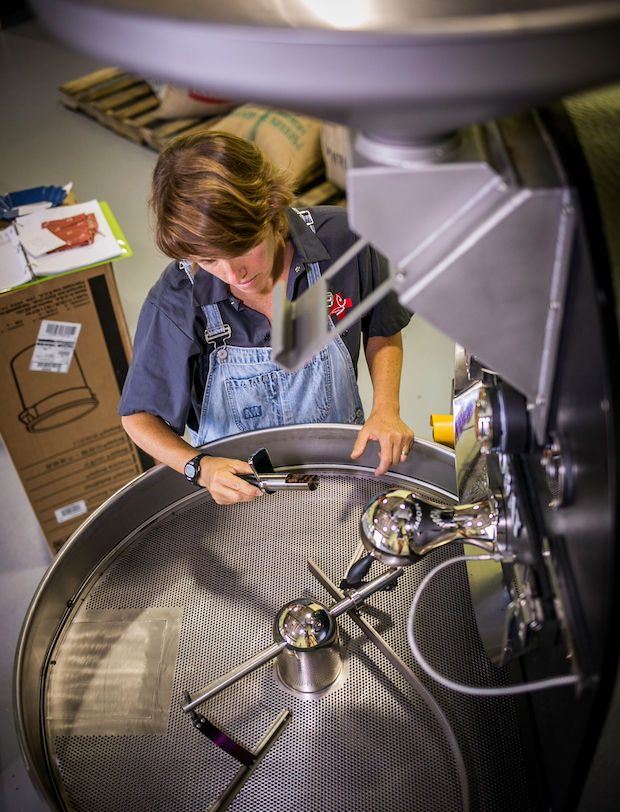 It’s a situation that took her surprise upon reentering the coffee field in Ambler, after building so much prior coffee experience in the much softer water region of Seattle.

“It was a little daunting at first. It super effects the flavor of coffee for me, and I had never dreamed of that,” said Parry. “I realized that that’s been a thing and that people have been looking at it for quite a while, and it even was a thing at Starbucks, but I just took it 100 percent for granted, because somebody in R&D was on it.”

Without a Starbucks-caliber R&D department to insulate her from the problem today, the solution to providing a consistent product to a community with inconsistent water remains TBD. But going forward, Parry Coffee Roasters might at least be able to provide a consistent brew of its own, should the community’s demand for a local coffee shop prevail. 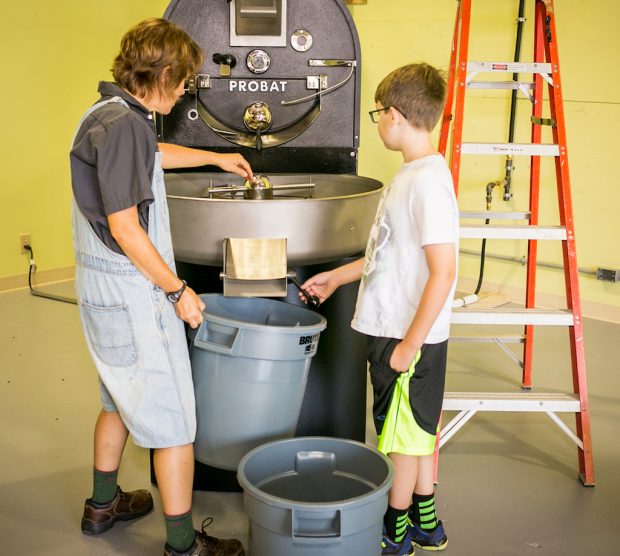 With the roastery located at 224 South Maple Street in downtown Ambler, within line of sight from the town’s busy commuter train station, Parry said that locals are vocal about their desire for a quality coffee shop, particularly given a shifting demographic towards younger professionals and families in the area that are accustomed to specialty coffee. Said Parry, “It may be that the time is right, and we just coincidentally are the name of coffee right now here in town, so everybody’s looking to us.”

While loath to go the full-on café route, PCR is nevertheless crunching some numbers and considering options for some sort of enclosed pop-up outside their roastery to meet this demand, which they think could come to pass sometime this winter.