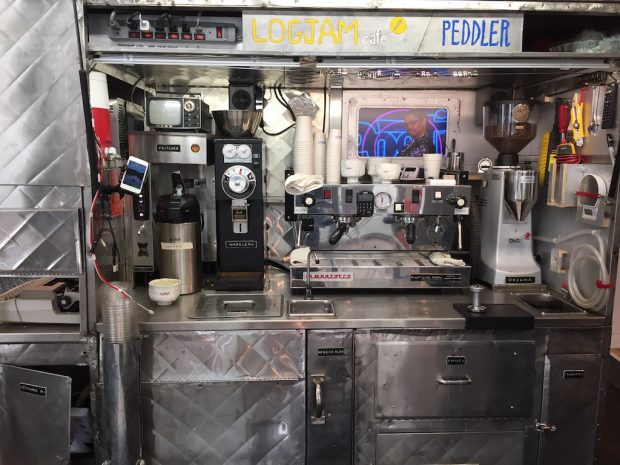 While terrestrial time may expand and contract in relation to time and place in outer space, no manned space mission to this point has been designed to last forever. The same holds true for San Francisco’s newest coffee bar, a popup that’s one part working café and one part space-mission-inspired art installation called the Logjam Café. 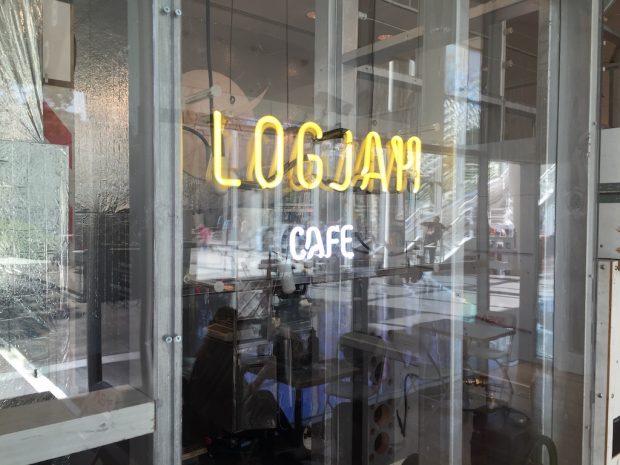 The café opened 10 days ago inside the lobby of the Yerba Buena Center for the Arts in the SoMa district as part of the third space-themed exhibition led by renowned New York artist Tom Sachs. The exhibition, called “Space Program: Europa,” shows artifacts and tools used in a fictitious mission to Jupiter’s moon, Europa, combining cultural elements such as Japanese tea ceremonies and items representing “imperialist hubris” in the form of space trash and handmade space toilets. 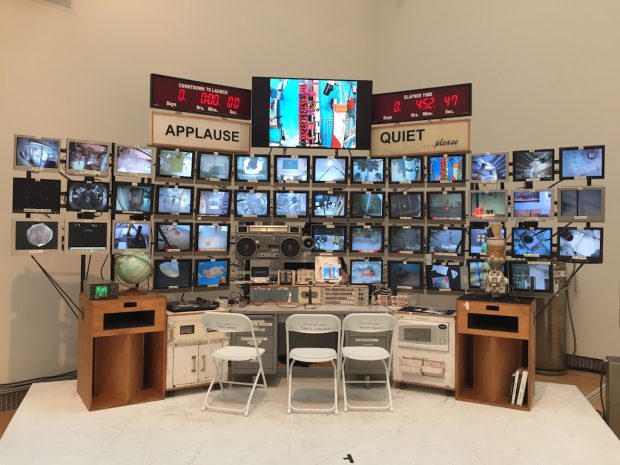 “A post-industrial mash-up of low and high culture is expressed in the recycling of common things and pop-culture icons that, recombined, generate a self-contained DIY Universe,” are among the words printed on a wall introducing visitors to the exhibit. “This is not stagecraft. In the course of the exhibition, during the demonstrations that are a part of the artworks’ public life, the Studio activates the sculptures, imbuing them with sympathetic magic. No longer representation, the copy is the original.” 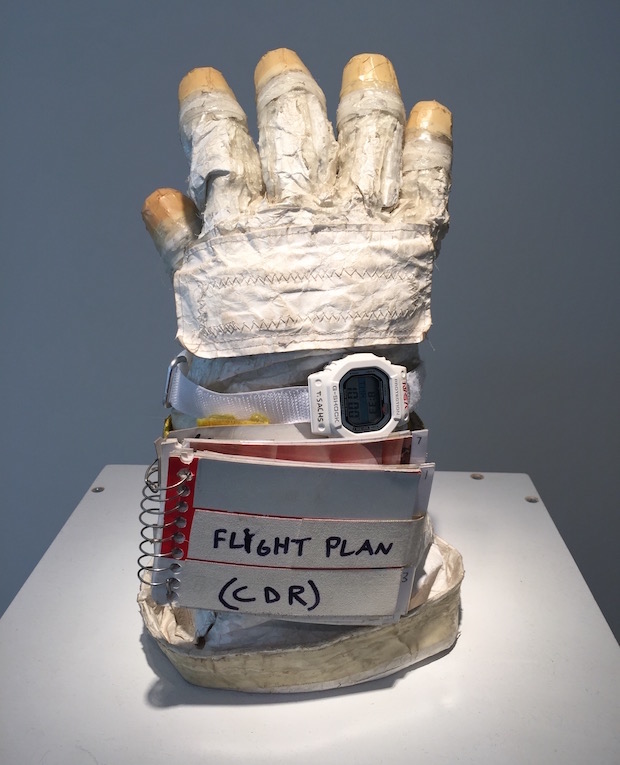 An astronaut’s glove with a cheap plastic watch and a flight plan on a small spiral-bound pad. Daily Coffee News photo.

In the case of the café, a big part of the installation’s public life is coffee-making. Sachs and team partnered with SoHo, N.Y.-based Peddler NY, an experimental mobile coffee cart concept led by Byron Kaplan.

The coffee itself comes from New York’s Lofted Coffee, with a relatively straightforward menu of espresso drinks made possible through a 2-group La Marzocco Linea and a Mazzer Major grinder named Oksana. In addition to coffee, the drinks menu curated by Sachs includes whiskey, mezcal and Tecate, along with a bit of snack art called the Ritzeo, a vacuum-sealed combination of Ritz crackers and Oreo cookies. 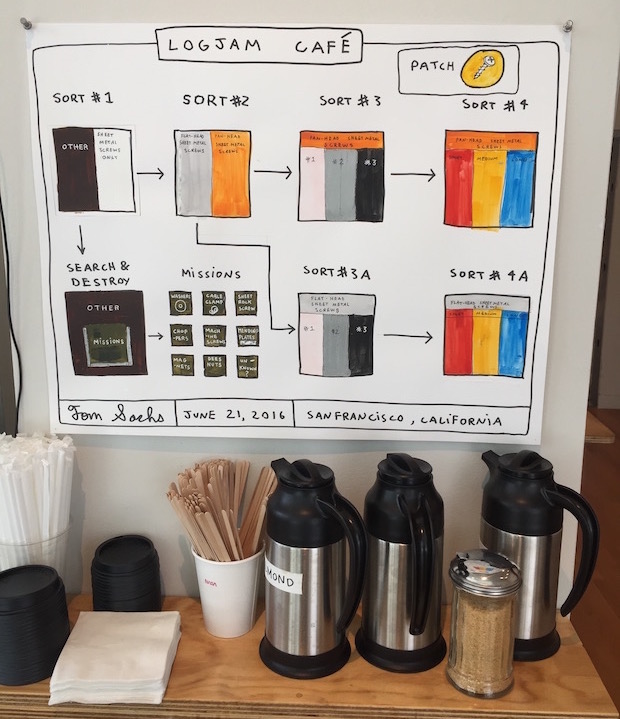 Guests are also invited under staff supervision to participate in a “screw sort of the day,” in which “logjam kits” of mismatched screws are sorted and put into containers just to the left of the café window. It’s something of a first-hand experience in sifting through the whatnots and doodads left over from hypothetical space missions like that to Jupiter’s icy moon.

Or just grab a coffee. 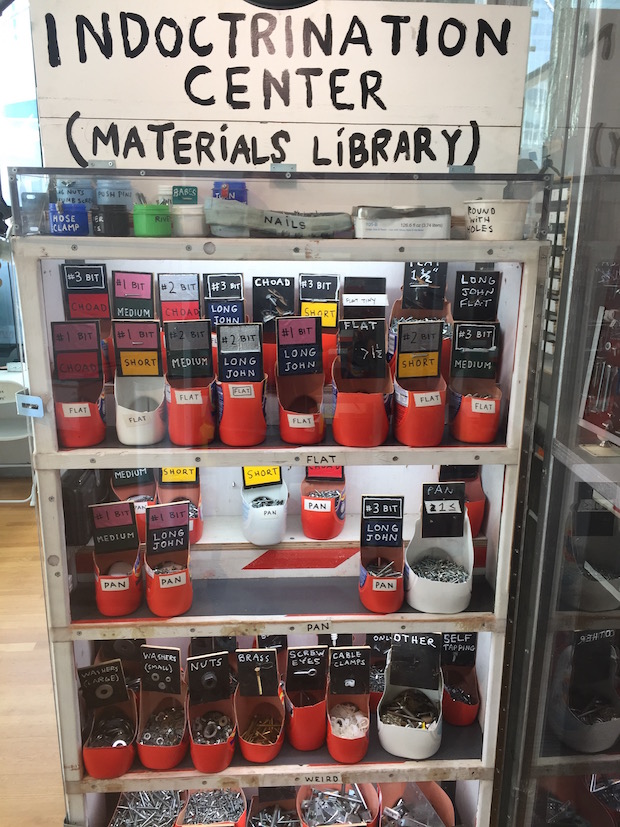 “The Indoctrination Center,” part of the “screw sort of the day” program at the Logjam Cafe.