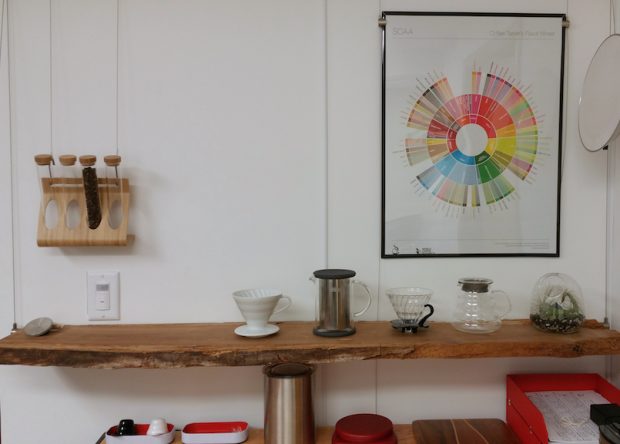 Living full-time in Portland, Ore., for six years before returning to his home turf in Lincoln, Neb., four years ago, Mike Bratty was a curious consumer and home roaster during what was arguably American specialty coffee roasting’s biggest boom period in its biggest boomtown. It was not lost on him.

While maintaining full-time jobs in vastly different fields, Bratty and his wife Suzanne Seberg have applied their passion for coffee into a new small-batch roasting venture called Meta Coffee Lab, which aspires to expand the field of coffee in Lincoln through direct sales and wholesale relationships with some of the college town’s more forward-thinking businesses. 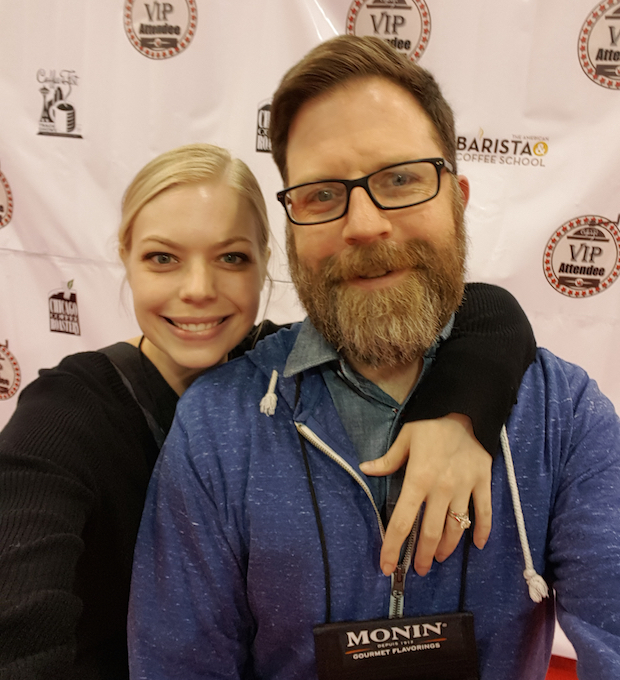 The Meta name draws from Seberg’s role as the director of the department for speech and language disorders in a rehabilitation hospital, although it could apply in a more artistic sense to Bratty’s role working for a Japanese company that makes hardware for suspending installations for many of the world’s greatest museums.

When not traveling for work and spending downtime obsessively seeking great coffees and the people who roast them, Bratty devotes a portion of his free time at home behind a 2-kilo North roasting machine, supplied by Mill City Roasters, which has recently gotten its own city-approved installation in the Meta family basement. 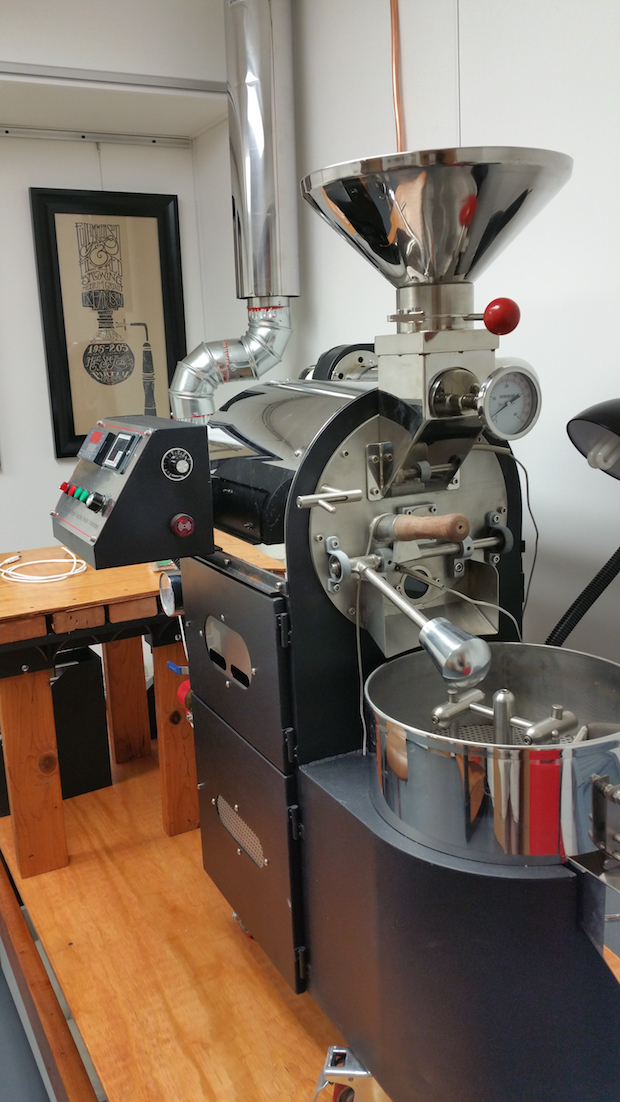 Prior to that, Bratty and Seberg gauged local demand for specialty coffee through whole bean, hot pourover and cold nitro sales from a Portland-built trike stationed last year at a Lincoln farmers market. “Honestly we weren’t probably fully prepared — people were really interested it,” Bratty told Daily Coffee News, adding that the obvious demand validated the roasting venture while also opening up the idea of a more permanent retail presence. “We were trying to figure out what we wanted to do next. We looked for a lot of spaces and for a lot of people to collaborate with.”

Not wanting to incur debt or grow beyond their abilities to serve, the Meta pair decided to keep the operation as lean as possible, focusing on a small, refined, home-based roasting operation and the development of strategic connections, such as the one they have with Lincoln’s Zipline Brewing Co., where Meta coffee is now sold in bags or poured through a nitro tap. 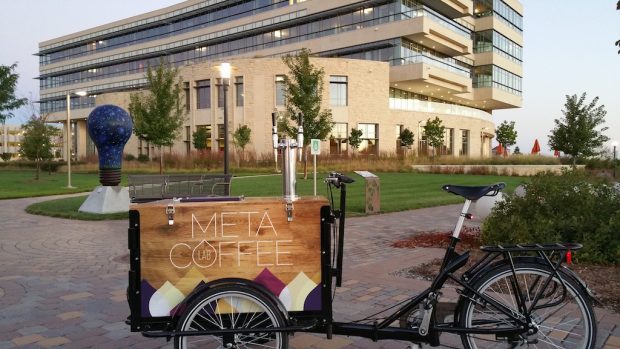 While Meta has been doing some client-specific blends, the company’s own branded coffees are typically single-origin offerings that Bratty finds both personally appealing and potentially accessible to curious drinkers in the local market. Many of Bratty’s coffees come from Sweet Maria’s, from whom he’s been buying since first turning green coffee brown with a popcorn popper 10 years ago, and its sister company Coffee Shrub.

“For the most part I’m buying kind of by my palate,” said Bratty, adding that he’s constantly seeking out similar quality roasted coffees from other roasters throughout the world for tasting and comparison to his own.

Bratty said he hopes someday to focus his full attentions on running the coffee business, which makes the idea of a retail shop an ongoing proposition in the back of his mind, although he stressed he doesn’t want the company to “take off like a rocket and die right after.” 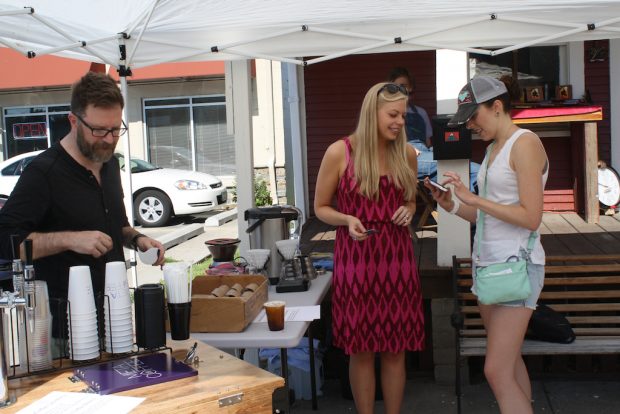 Meta at the market.

“There are a lot of interesting things and ways business is being done now, and the idea of a retail space is changing every day,” Bratty said, noting the number of co-retail concepts opening not just in the Portlands, New Yorks and Tokyos of the world, but also in the Lincolns, where he sees tremendous opportunity for coffee growth.

Since his return to Nebraska, Bratty has witnessed rapid growth in nearby Omaha led by small shops, small roasters and a new, increasingly passionate crop of consumers. “That area has blown up. I don’t know how many coffee roasters are in Omaha alone right now,” Bratty said. “There’s a ton of growth potential here. We’re just trying to grow with it.”