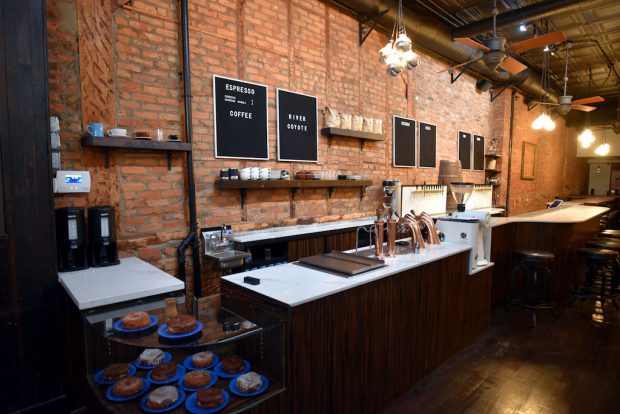 New York’s newest coffee bar, River Coyote, represents not only an amalgamation in name, but also in its drinks program, which commingles craft coffee and espresso with an array of tap wines.

The brass taps through which some 16 wines from prominent regions throughout Europe and California flow at any given time are echoed in the taps and plating of the rare copper Modbar setup for espresso. The coffee itself comes to the Lower East Side bar largely by way of Brazil through the vertically integrated Nobletree Coffee, which has been training River Coyote staff at its Red Hook, Brooklyn, roastery.

The coffee menu is remarkably simple, offering a $3 espresso or a $4 espresso with milk, with customers free to choose the cup size which dictates the milk quantity. Batch brews are also available through a Hipster-model batch brewer from the Swedish specialty coffee equipment manufacturer 3Temp. 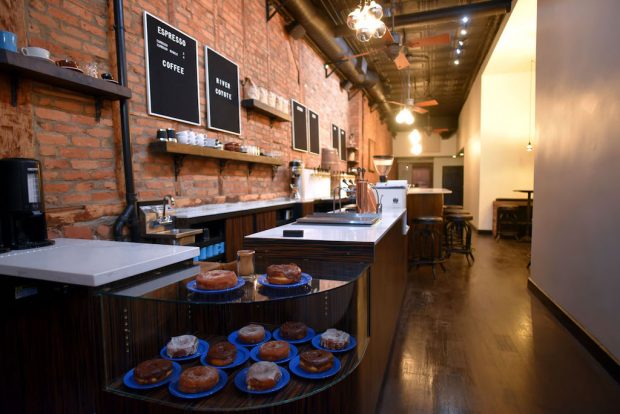 Aside from the two fundamental elixirs of coffee and wine, the bar includes a wide-ranging beer selection, as well as pastries, cheeses, and small plates such as branzino ceviche, tempura broccolini and Ecuadorian lamb skewers in the evening.

River Coyote Founder Jay Nir said the combined wine bar/coffee bar concept was inspired by his own mutual interests, as well as by the cafés in Amsterdam, although New Yorkers certainly don’t need to jump a plane to find numerous examples of happy marriages between the two.

Both coffee and wine are served all evening, beginning at 8 a.m. and 11 a.m., respectively.