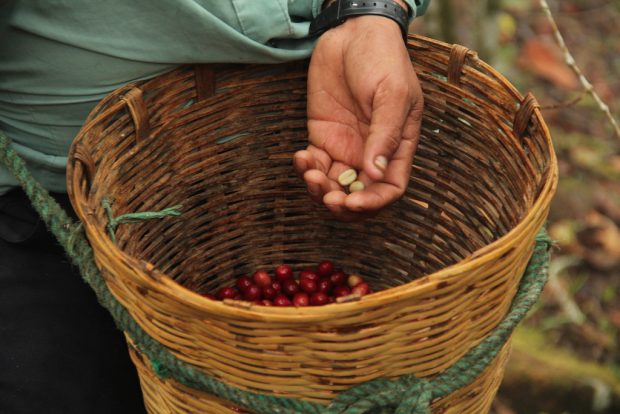 The green coffee importing cooperative Cooperative Coffees has announced the launch of a new multifaceted initiative to help promote sustainable development among its network of producer partner organizations.

Called Carbon, Coffee and Climate, the initiative involves tracking the collective’s carbon footprint, then contributing finances to the organization’s producer-support fund, and the group will directly invest in carbon-sequestration, agricultural practices and other environmentally focused service projects where producer partner coffees are grown.

After receiving positive feedback regarding such programmatic approaches at its annual general assembly, Coop Coffees has plans to fund the initiative through a carbon tax for an environmental service fund. Coop Coffee roaster members — currently 21 roasting companies in the United States and Canada — can contribute on a voluntary basis.

The group characterized the fund as an extension of Coop Coffee’s “5 cents for Roya” emergency relief fund that was created in 2014. Through partnerships with Root Capital and the Progreso Network Climate Resiliency Match Fund, that initiative to this point has resulted in approximately $650,000 that has been invested with 11 producer partners across Latin America for numerous technical support and improvement projects among 20 producer cooperatives.

“Along the way, we’ve discovered an incredible capacity within our network of producer partners for innovation, regeneration and the implementation of clear and specific strategies for climate resiliency and adaption,” Coop Coffees said.

The group added that the goal is to provide climate-related benefits to partners throughout the organization’s network, from producers to roasters, while also breaking new ground in terms of collective, practical approaches to programming that better contributes to climate-related issues and long-term supply sustainability.

“With this new initiative, we are not trying to become ‘carbon accountants.’ Nor are we trying to ‘buy off’ our collective, environmental debts,” said Coop Coffees, noting the many existing efforts of its roasting partners in reducing their own carbon footprints through the use of alternative energy sources, recycling programs, and emissions-reducing equipment selections, to name a few. “We want to acknowledge the environmental services that our organic farming partners already provide and encourage them to continue in their efforts. What we haven’t been able to reduce in CO2 emissions, we can now attempt to offset through community-based projects with our producer partners.”