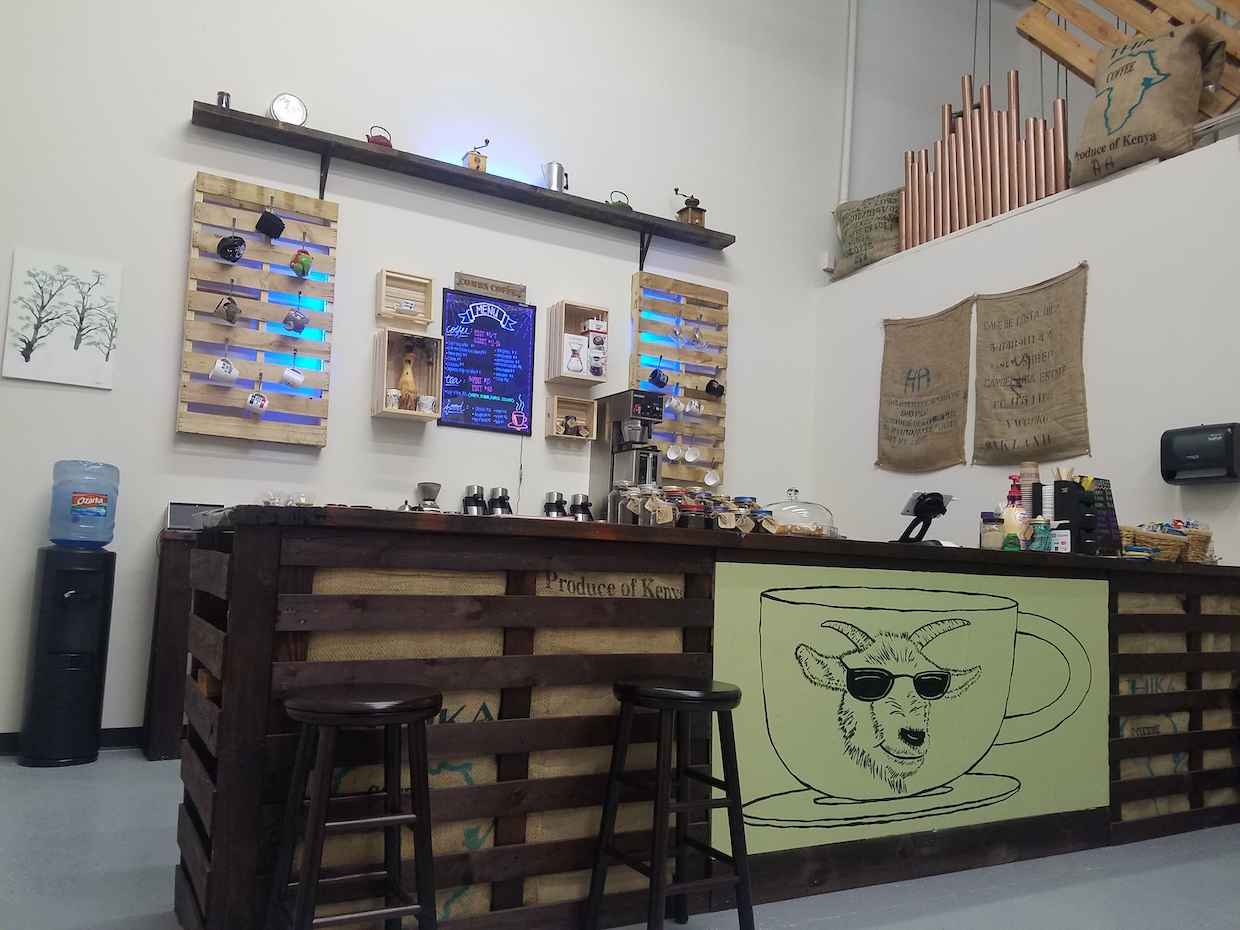 Two U.S. coffee companies — one well-established and one up-and-coming — have made major recent investments in solar energy in recent months, harnessing the power of the sun to reduce grid power consumption in their roasting facilities.

In the West Homewood area of Birmingham, Ala., the five-location roaster/retailer OHenry’s Coffees has added a 48-panel, 15 kilowatt solar system to the rooftop of its production facility. 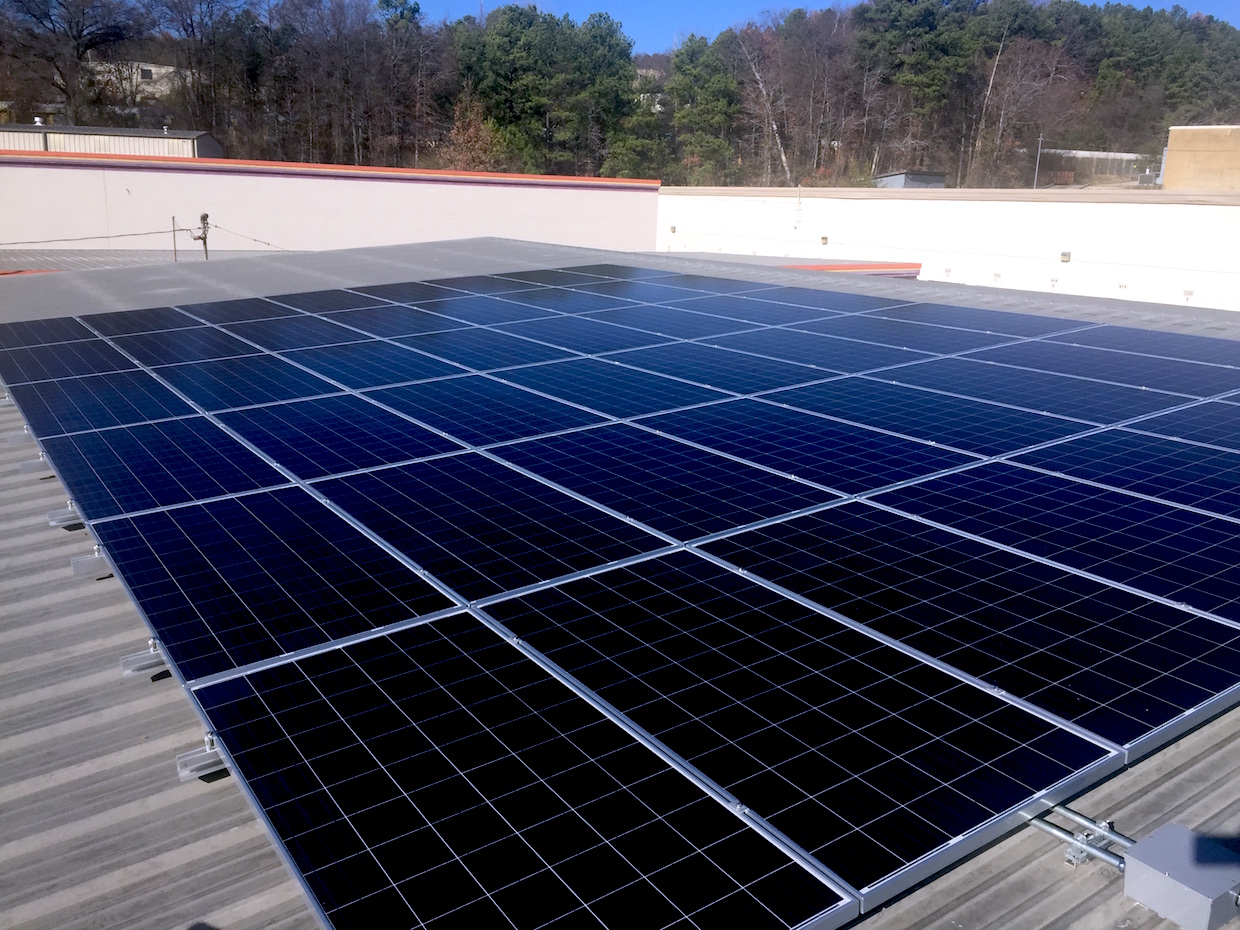 The solar array at OHenry’s Coffees in Birmingham, Ala.

OHenry’s owner Randy Adamy said the solar system, installed by local outfit Vulcan Solar Power, provides more than enough energy to match the consumption of the 23-year-old company’s two gas-powered roasters — a Diedrich 12 and a Diedrich 24 — as well as all the facility’s other electrical needs.

“On weekends, it generates more than the building consumes,” Adamy told Daily Coffee News of the rooftop installation, which was completed last December after the company had been considering solar for several years. “That excess goes back on the grid to Alabama Power and we get a credit for it. State and federal tax credits, along with the lower price of the cells themselves, allowed us to finally do this.”

Adamy said the system is expected to result in approximately $2,000 in energy savings in its first year, and that it should return enough power to the grid to pay for itself within five years.

Meanwhile, in the sun-smacked Dallas suburb of Corinth, Texas, an upstart coffee company called Combs’ Coffee is baking solar into its DNA. 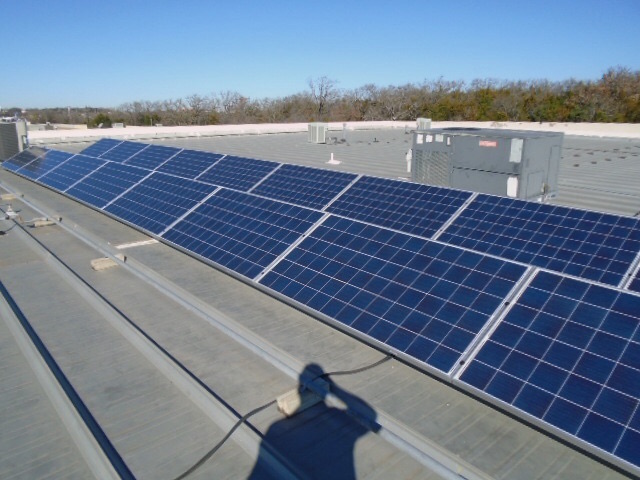 Founder James Combs, a licensed Q Grader, told Daily Coffee News that he began importing coffee and tea in 2013, then roasting in an off-grid setup in 2014. The company recently moved into a new, small production headquarters and café next to the campus of North Central Texas College.

Combs enlisted the help of Austin-based Longhorn Solar for the 17-panel, 5.7kW solar system, which according to Combs generates enough juice to run the company’s two electric vehicles used for local deliveries, as well as the electricity needs of the roastery. And unlike nearly all the other roasting companies with solar arrays, who tend to use solar power to offset the gas consumed by their roasters, Combs is actually using an electric roaster, a 1-kilo-capacity Gene Cafe CBR-1200. 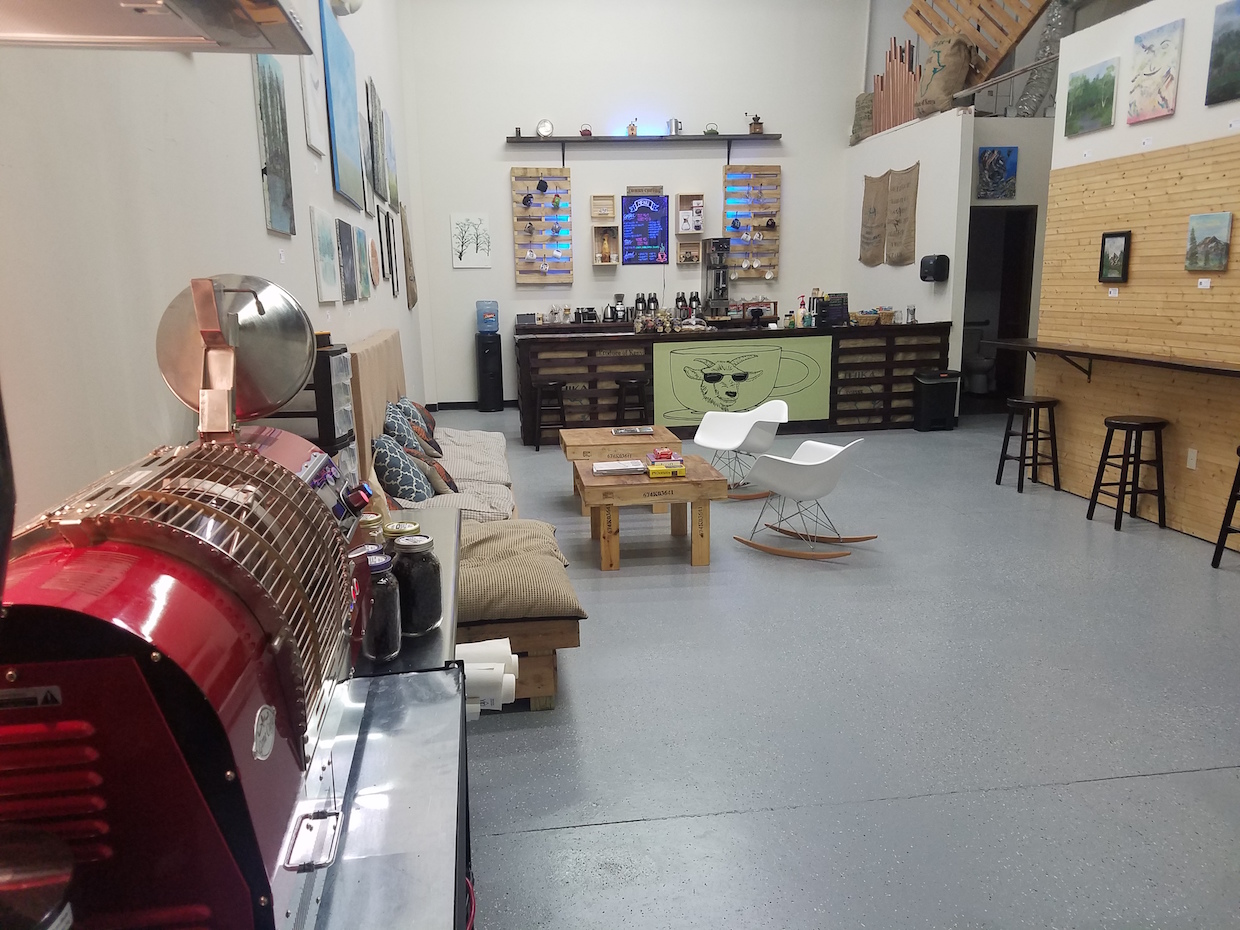 “We are across the street from a local college and we want to demonstrate how you can build a sustainable coffee business, not only on the sourcing side, but on the service side as well,” Combs told Daily Coffee News, adding that the café uses a number of biodegradable utensils and supplies from the company World Centric. “We’ve been working on our grid-tied and off-grid systems for several years.”

The café itself — which was built out largely by Combs himself with reclaimed wood and the reuse of coffee pallets throughout the interior — features rotating drip batch brews, as well as a number of manual brew options, with a manual Aeropress supporting espresso-like drinks.