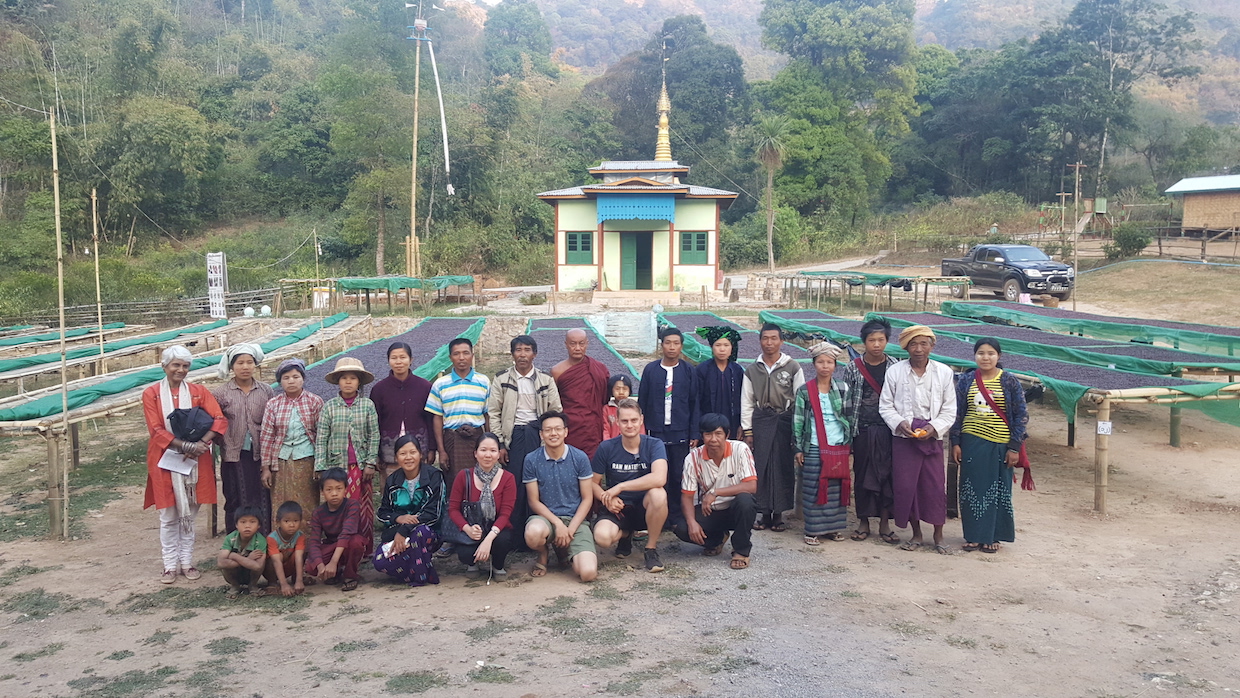 Judges with producers at Ga Naing Yar, Myanmar. All photos courtesy of the Myanmar Coffee Association. 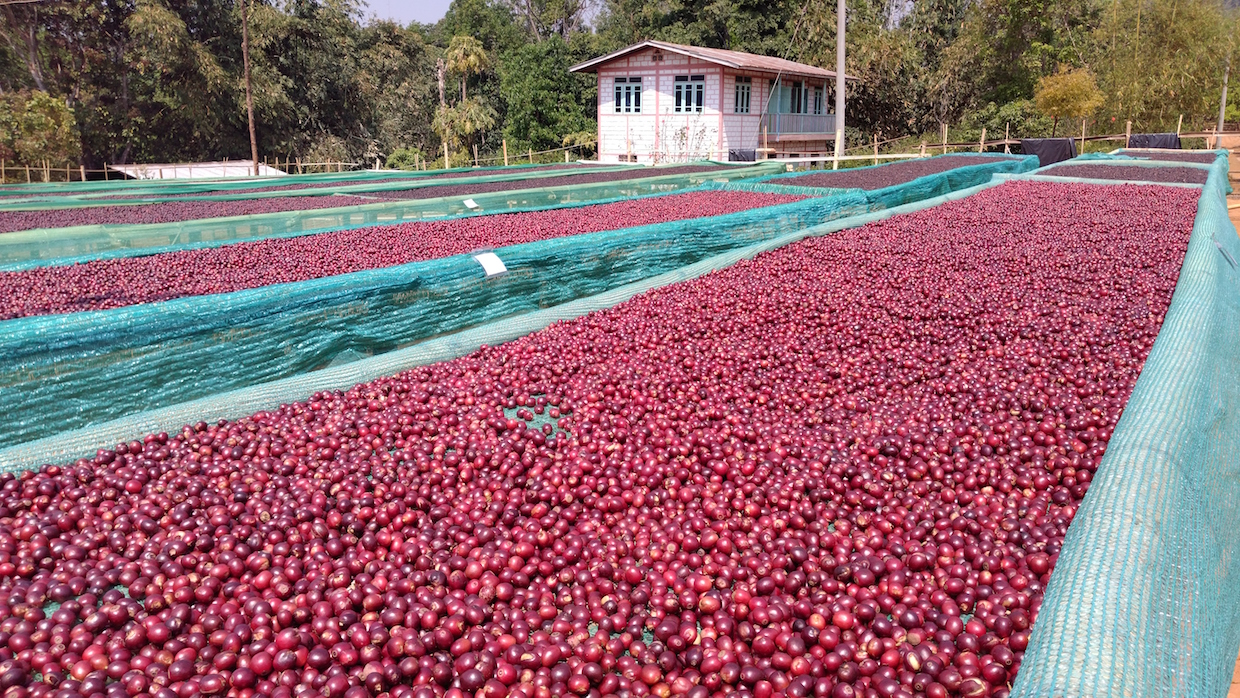 The MCA reported that dry naturals grown by smallholder farmers represented the majority of 85+ coffees at the competition, and judges noted recurring flavors including orange, lemon, strawberry and red currant. 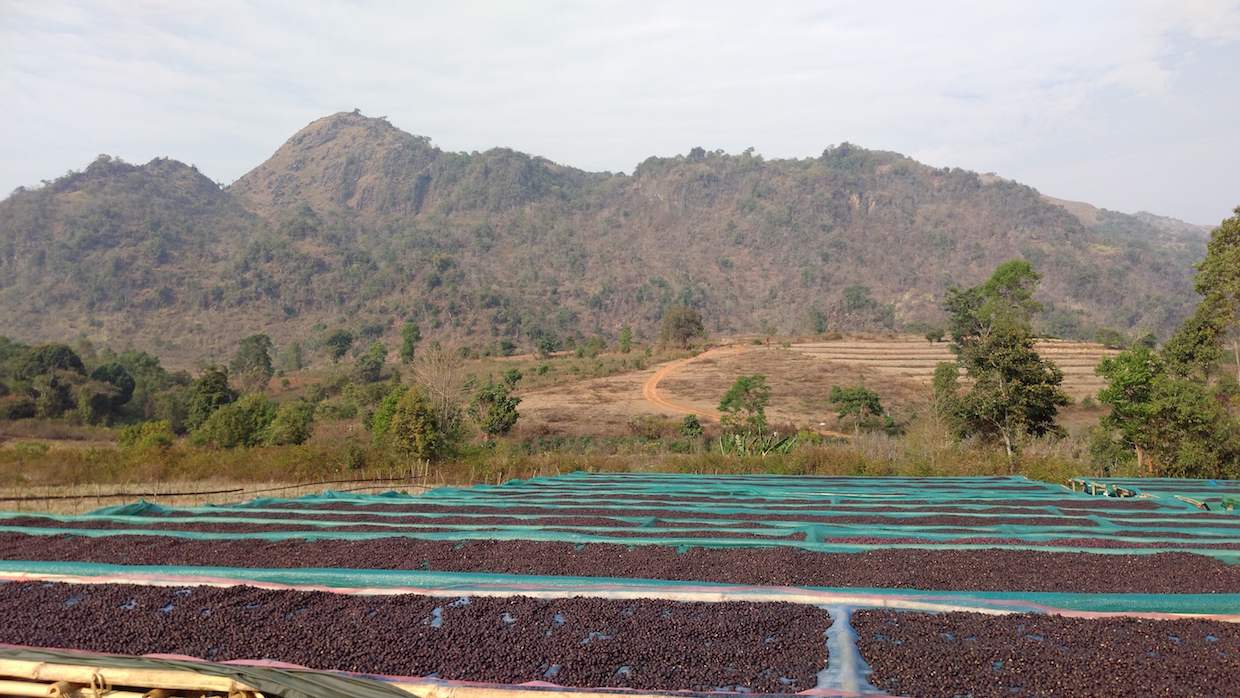 The competition has been a result of the USAID-funded Value Chains for Rural Development project, implemented by Winrock International, and organized by the Myanmar Coffee Association and Coffee Quality Institute (CQI). 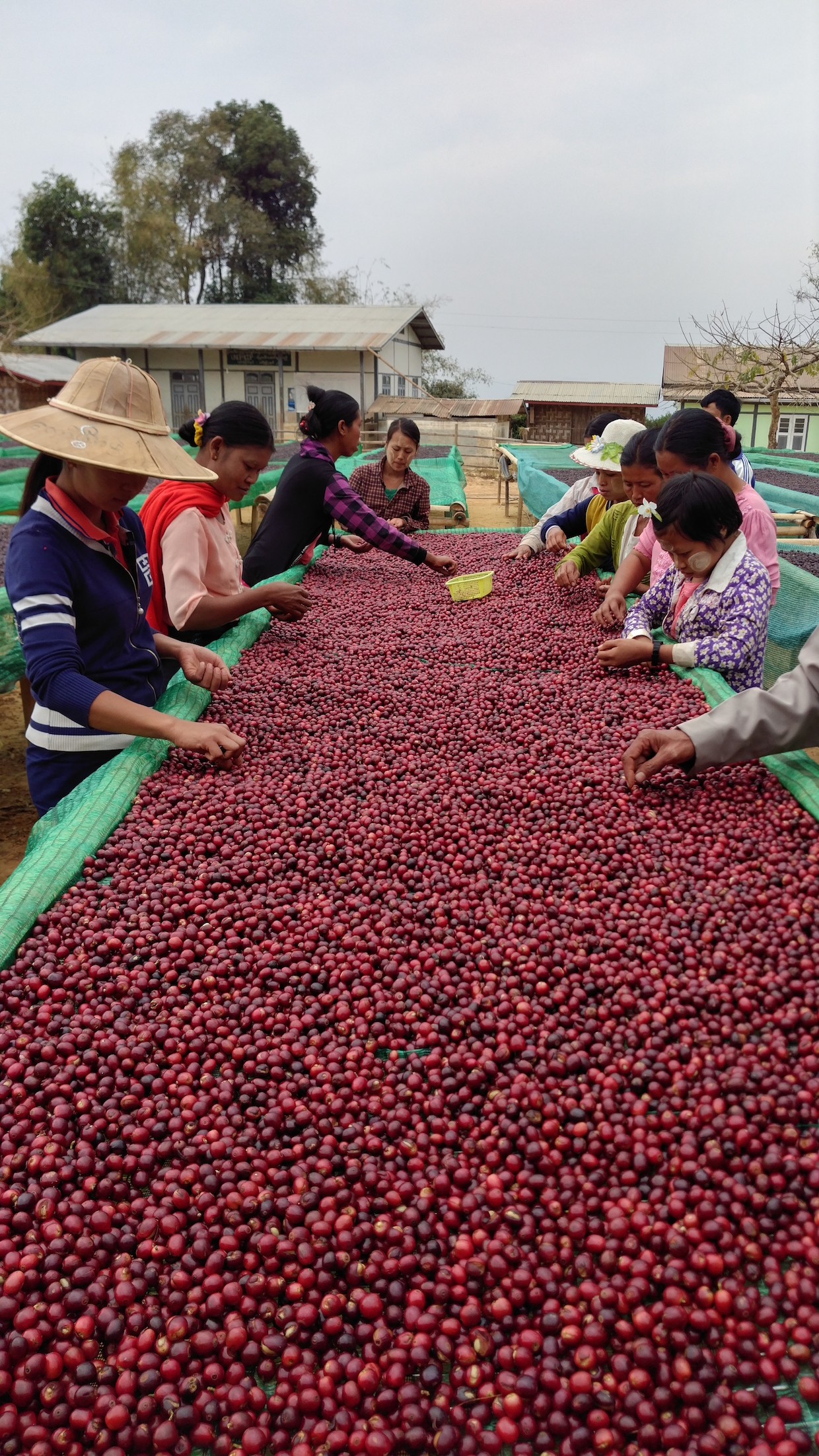 Top-scoring samples from the competition, along with numerous other coffees from participating communities in Myanmar, will be cupped at the upcoming London Coffee Festival, between April 6-9. The coffees will also be cupped during the SCA Expo in Seattle on Saturday, April 22, from 3:45 p.m. to 5:30 p.m. in the Cupping Exchange area (room 618) at the Washington State Convention Center.