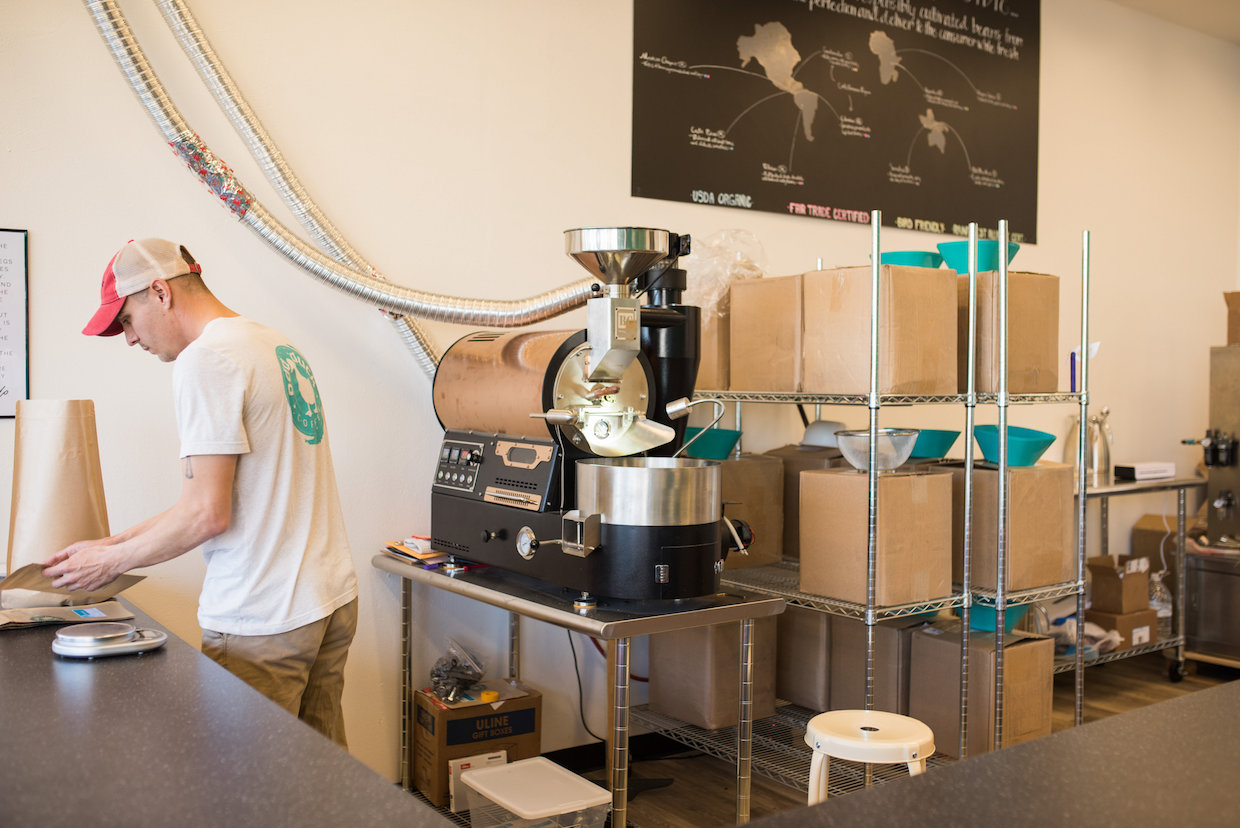 In a sea of average, anything exceptional would be, by definition, odd. Translated to the coffee scene of Wichita Falls, Texas, Odd Duck Coffee has arisen to embody that exception, offering fresh-roasted specialty coffee to people and businesses in whole beans or, as of this week, also in a variety of a brew methods across the counter at its just-opened public tasting room. 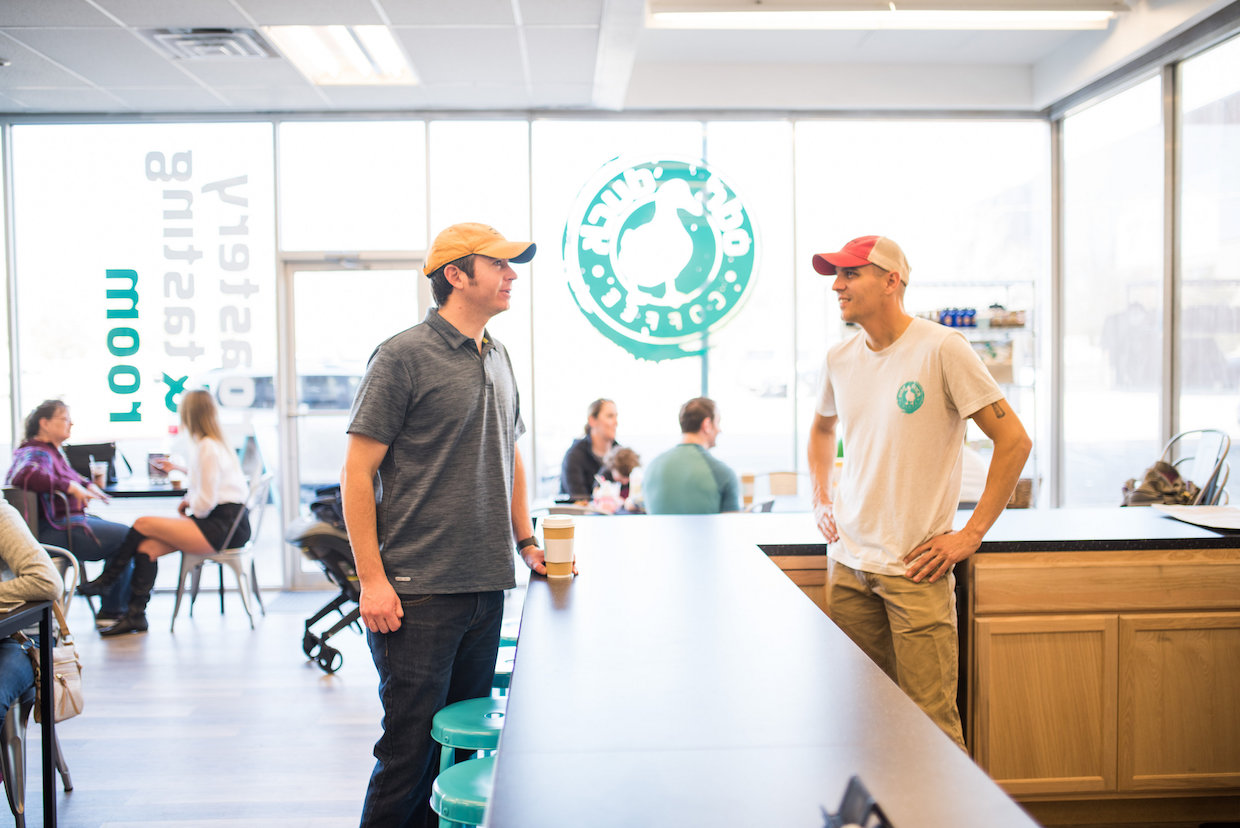 The one-year-old wholesale startup opened its roastery to the public on March 18, with a 6-pound-capacity Buckeye roaster in full view behind a counter at which patrons can sample coffees prepared via pourover, French press or Aeropress, or ground on a Mazzer Super Jolly and hand-pulled from an Astoria spring-lever espresso machine. 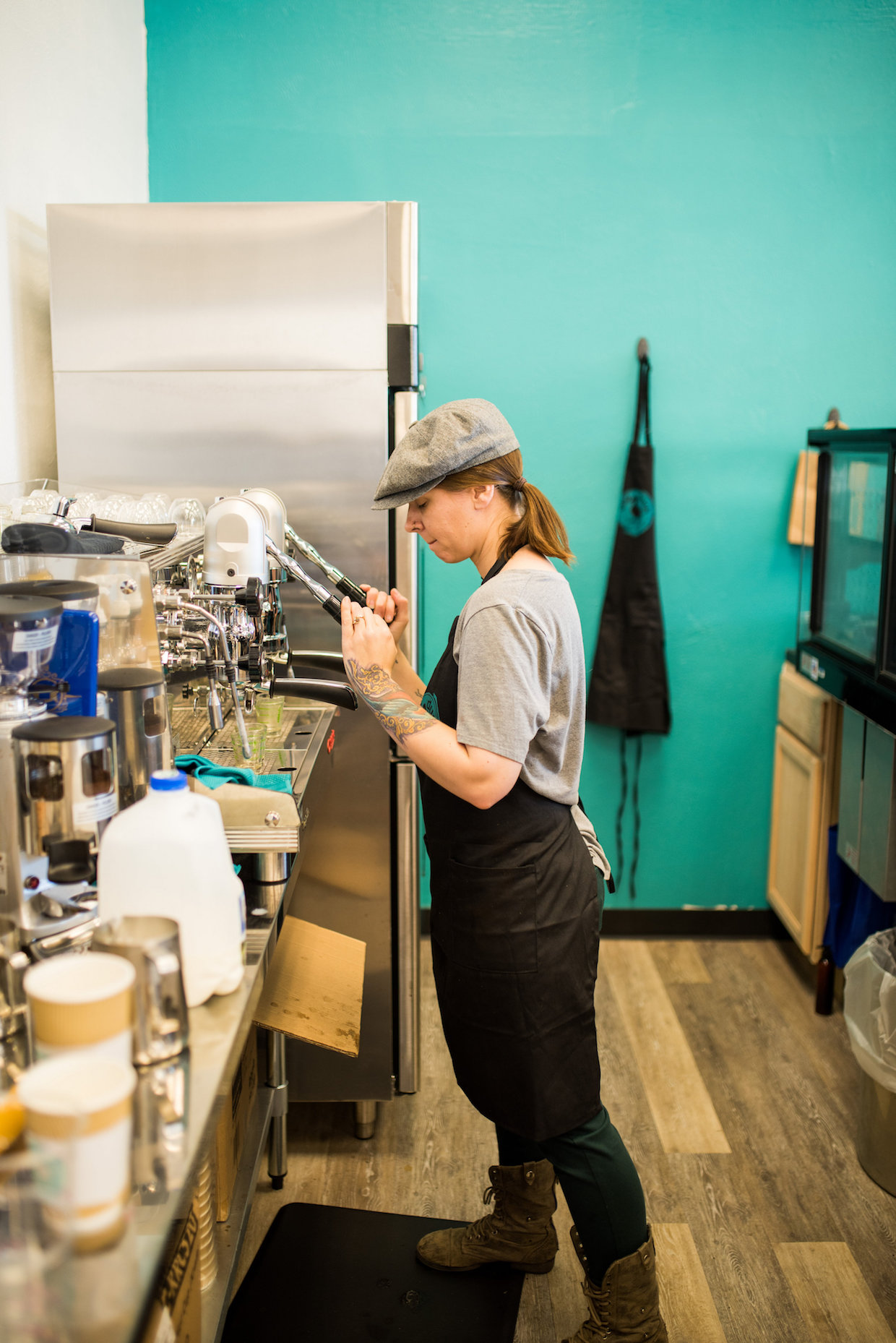 Co-owner Ted Klopf told Daily Coffee News that because he knew of so few other specialty coffee businesses in the immediate area, he had little basis of comparison with which to hedge his expectations prior to opening, and has been pleasantly surprised.

“I had no idea we’d be received the way we are in Wichita Falls. There’s never been a coffee roaster here, and I’m finding out there’s a lot of people that are actually interested in roasting coffee here,” he said. “They go all the way down to the Dallas area to get fresh-roasted beans. A lot of people are really excited that they don’t have to do that anymore.” 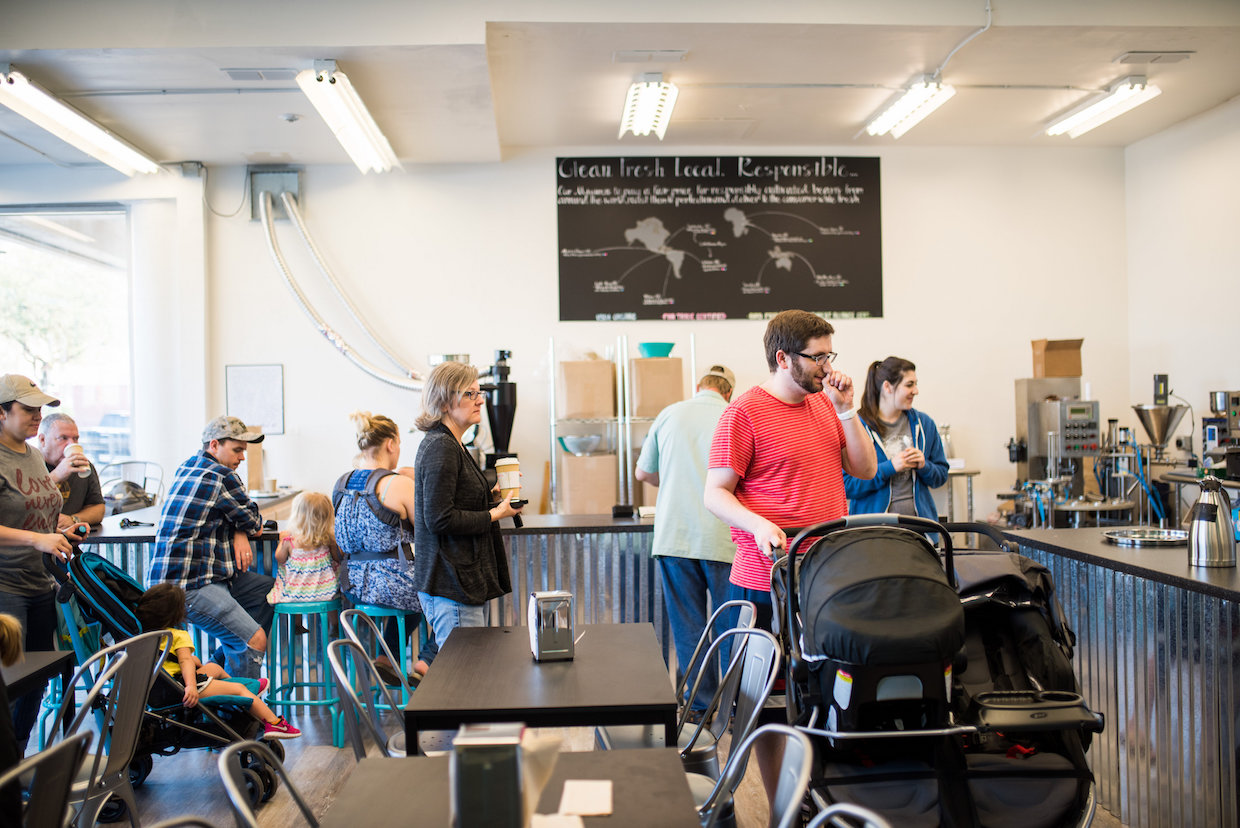 Klopf added that exposing his customers to new dimensions of flavor in coffee is a matter of both origin and brew method.

“We offer a lot of different ways of making coffee, not just the tradition brew,” he said. “Each one of those brewing methods is going to bring out different flavors also, and that’s also interesting for people to explore.” 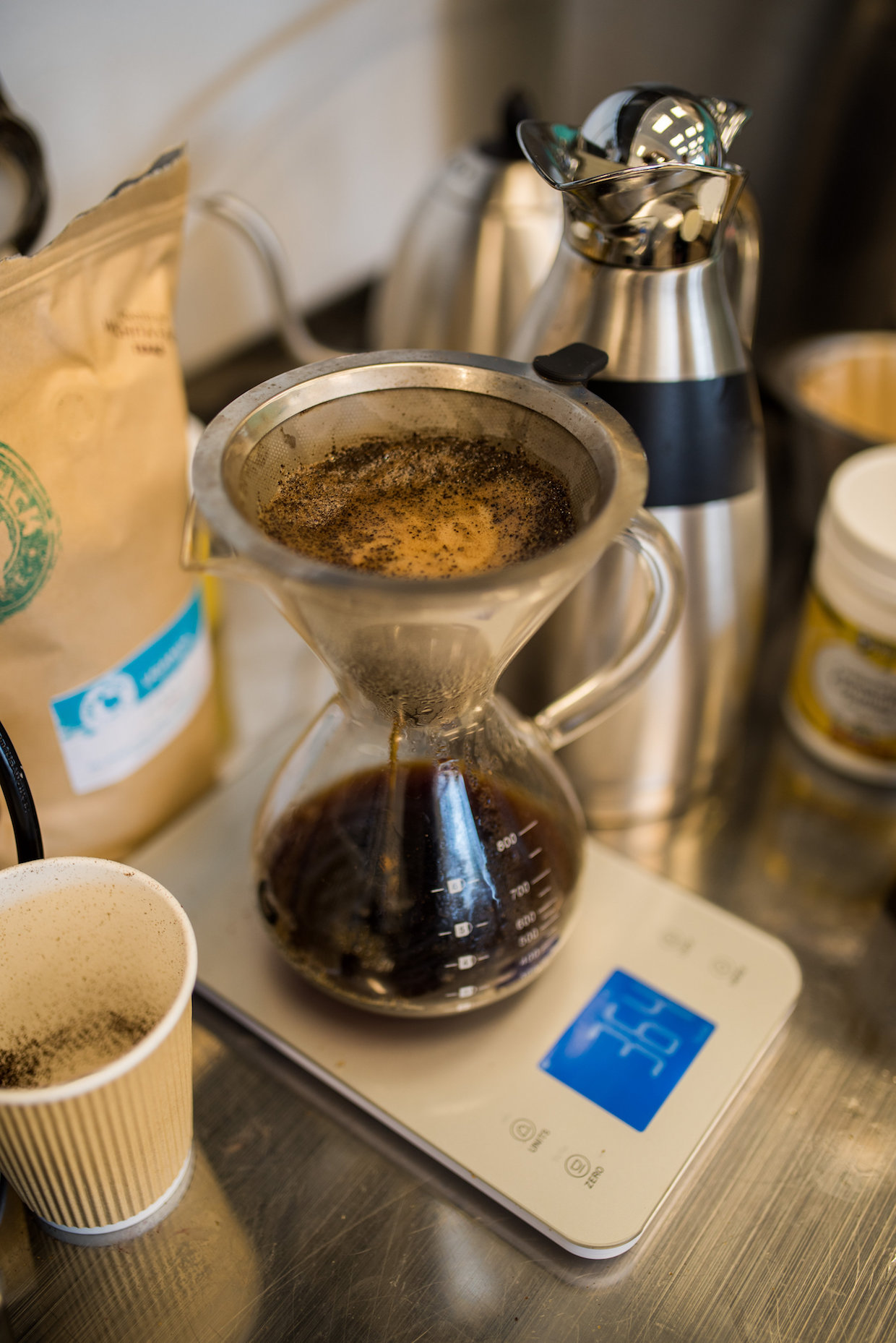 Ted and Andrea Klopf’s quest to raise the bar for Wichita Falls coffee quality started about eight years ago during a trip to Mexico on which they were served coffee far fresher than any they had experienced out of the Maxwell House or Folgers-branded cans they were consuming in the United States at the time.

“I noticed immediately how different it was, and how good coffee could be,” ted Klopf said. “From that point on, it was like, well, I can’t go back to drinking this other stuff.” 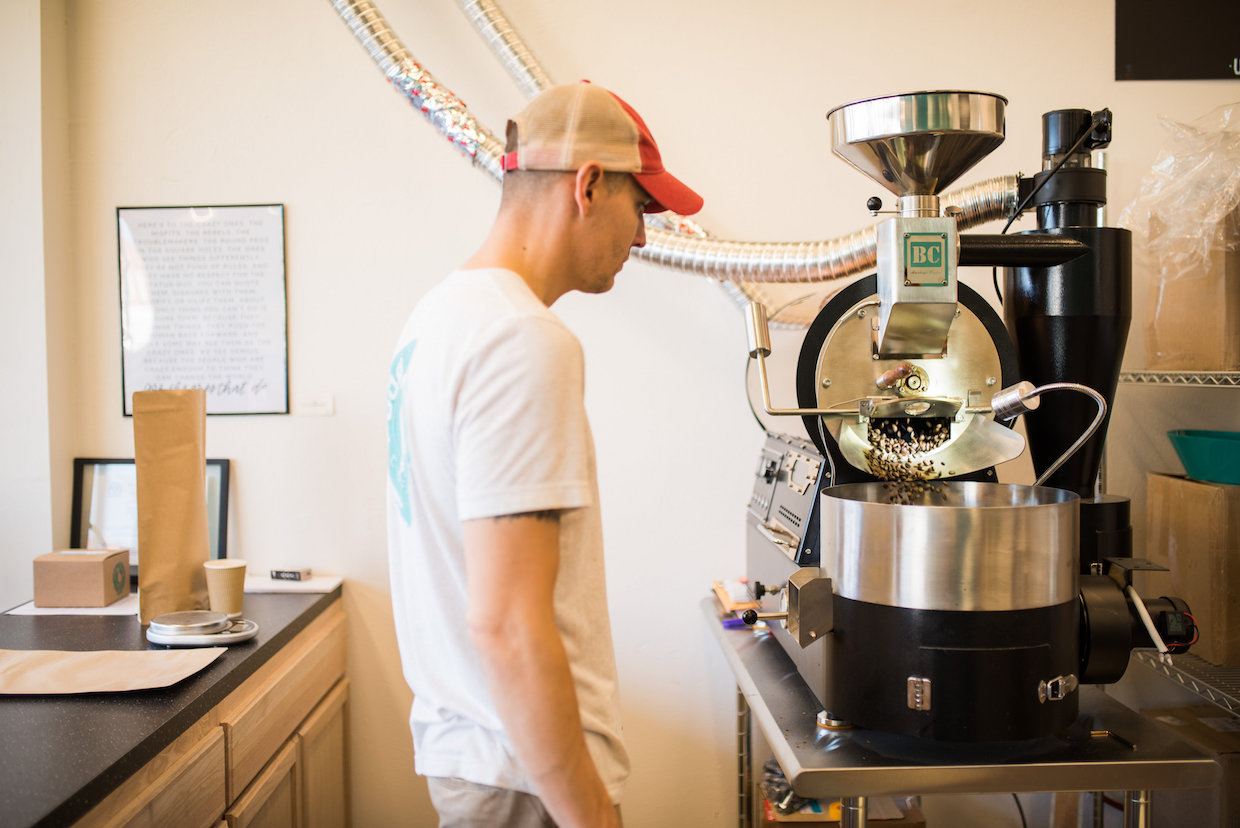 Several years of home-roasting followed as Klopf set about recreating the experience for himself. He shared his progress with friends and family, which led to supplying a local food co-op and then a booth at a local farmer’s market.

Today the company sources its green coffees through Café Imports and Sonofresco. Klopf then browns them just shy of presenting any roast-taste to the public, leaning instead towards presentation of as much origin-specific flavors and characteristics as possible. 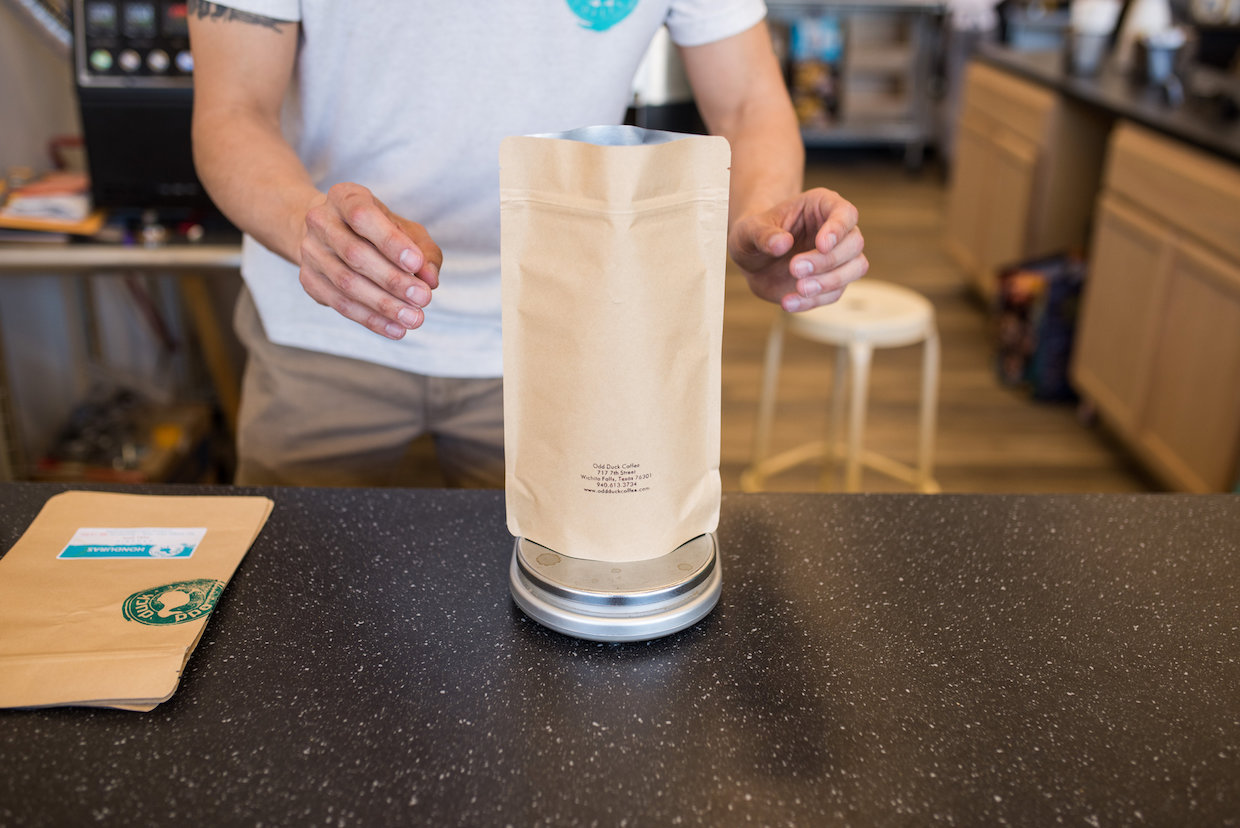 “I try and keep it to where you’re going to be able to tell what it is,” said Klopf. “I want the roast to be less prevalent, and I want the origin to be what really stands out.”

Klopf said some area restaurants are catching on quick to the availability and superiority of fresh, locally-roasted coffee, to the extent that he doubts it will be necessary to go knocking on their doors to get their business.

“I would, but I don’t think it’s going to be necessary,” said Klopf. “Most of the restaurants here are starting to know about us.” 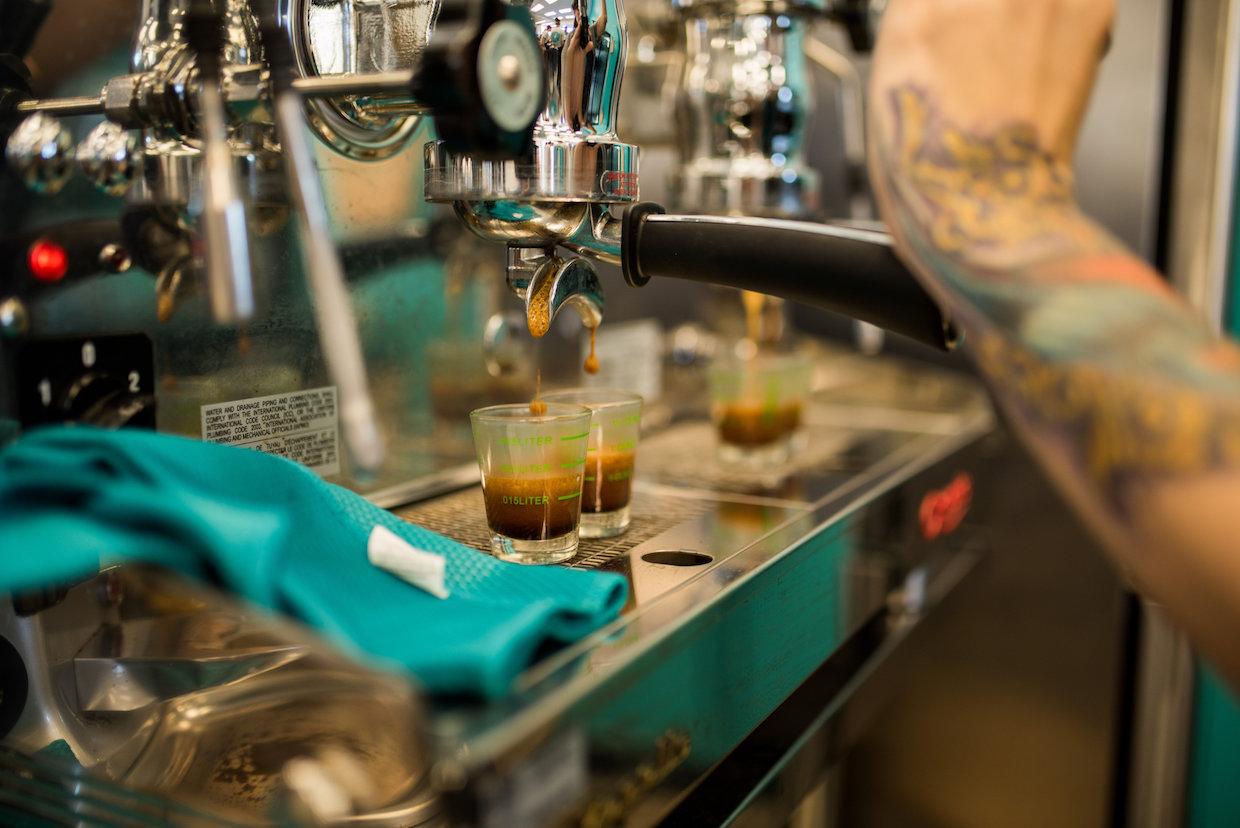 Odd Duck isn’t too keen on the larger regional grocery scene, however, as Klopf fears it might lead to product languishing on shelves for a length of time detrimental to freshness, and therefore to the reputation of the company.

“Yeah, the money’s great, but at some point you’ve got to stand firm on your principles,” he said. “Because that’s our edge on everyone else. Our coffee’s fresh.” 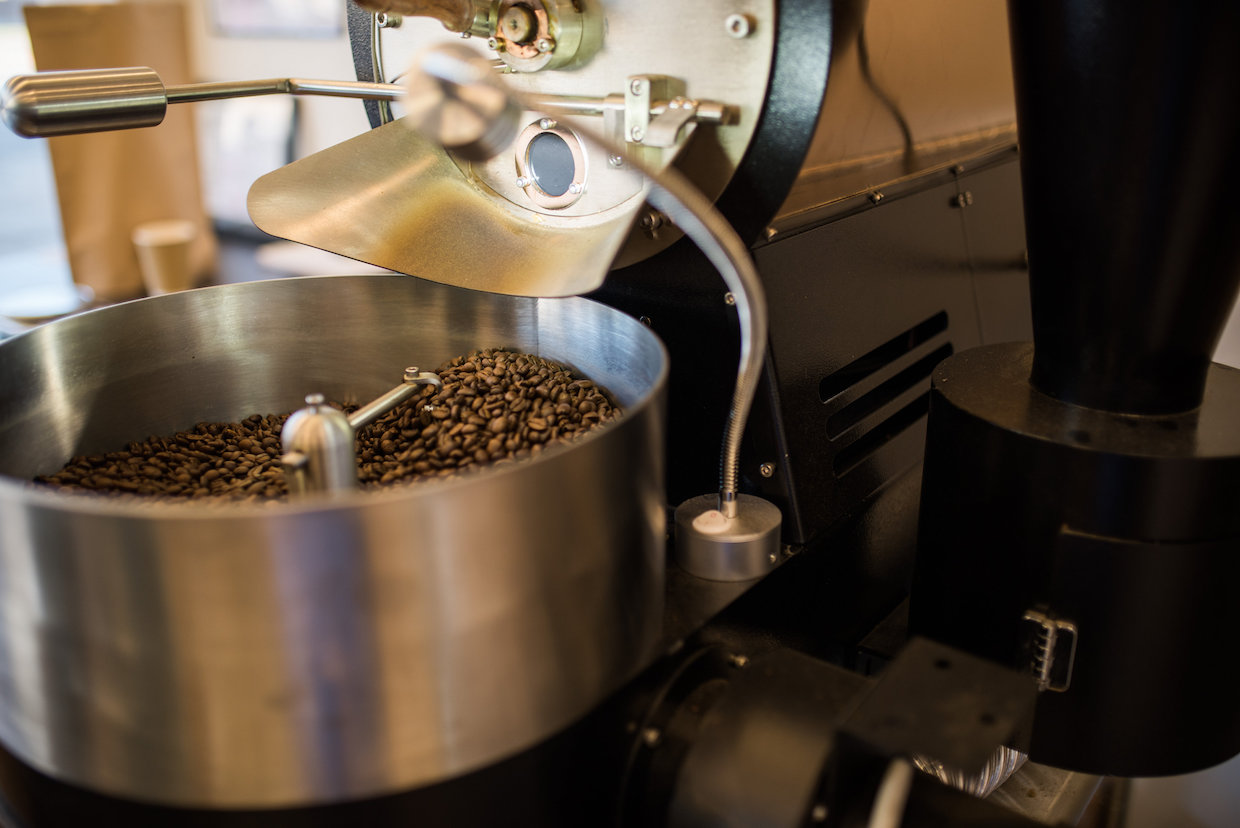