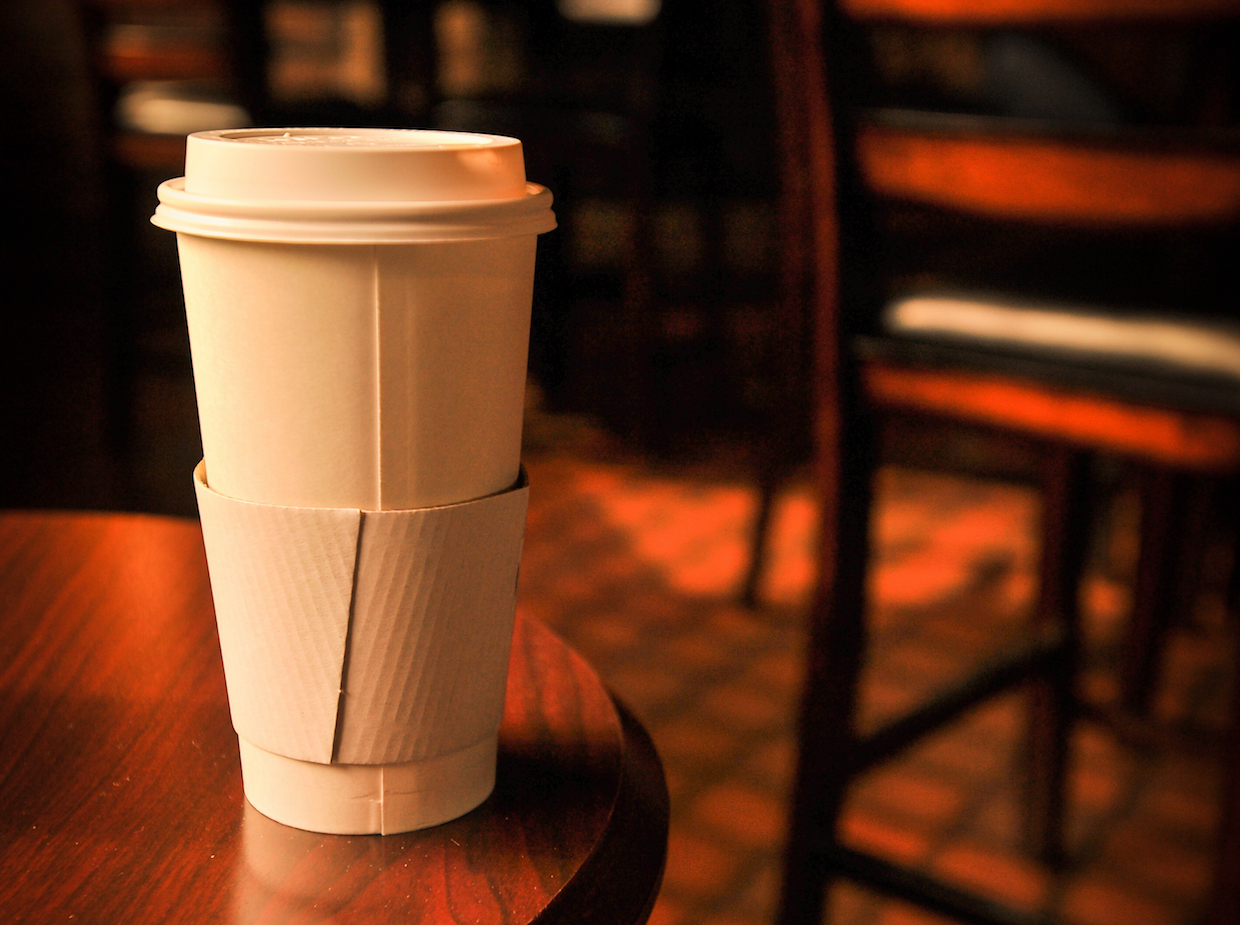 “coffee-cup-insulated-cafe.jpg” by r. nial bradshaw is licensed under CC BY 2.0

The combination of providing reusable cups, in-store messaging about cup waste and charging for disposable cups could reduce the use of as many as 300 million disposable cups per year in the United Kingdom alone, according to a new research report from Cardiff University.

The study was commissioned by the Dublin, Ireland-based coffee and tea company Bewley’s, whose primary operations are in the UK and United States through grocery sales, various retail cafe brands and wholesale supply.

“There is a huge amount of waste being sent to landfill each year and promoting reusable cups is part of the solution,” Louise Whitaker, head of marketing at Bewley’s UK, said in a Cardiff University announcement of the study, which did not mention potential reductions in expenses on the part of retailers should consumers turn to reusable options. “As a company we are committed to working with our cup providers and customers to provide a solution to the problem.”

The study, conducted from September to December of 2016, found an estimated 2.5 billion cups are used in the UK each year, contributing approximately 25,000 tons of waste.

While measuring the effectiveness of individual strategies in discouraging cup use — including charging a fee for disposable cups, environmental messaging in cafes, and providing reusable cups either for purchase or for free — the study found that it was the combination of these methods that resulted in the greatest behavioral change among consumers.

“The study found that the provision of free re-usable alternatives combined with clear environmental messaging and a charge on disposable cups increased the use of reusable cups from 5.1 percent to 17.4 percent,” the Cardiff announcement said.

The study also noted an oddity of consumer behavior, in which consumers were less likely to be swayed by discounts on reusable cups than they were by fees for disposable cups.

“There is an important nuance when it comes to financial incentives,” said Cardiff Professor Wouter Poortinga. “People are far more sensitive to losses than to gains when making decisions — so if we really want to change a customer’s behaviour then a charge on a disposable cup is more likely to be effective.”

This is a good example of Thinking , Fast and Slow by Daniel KAcne an.