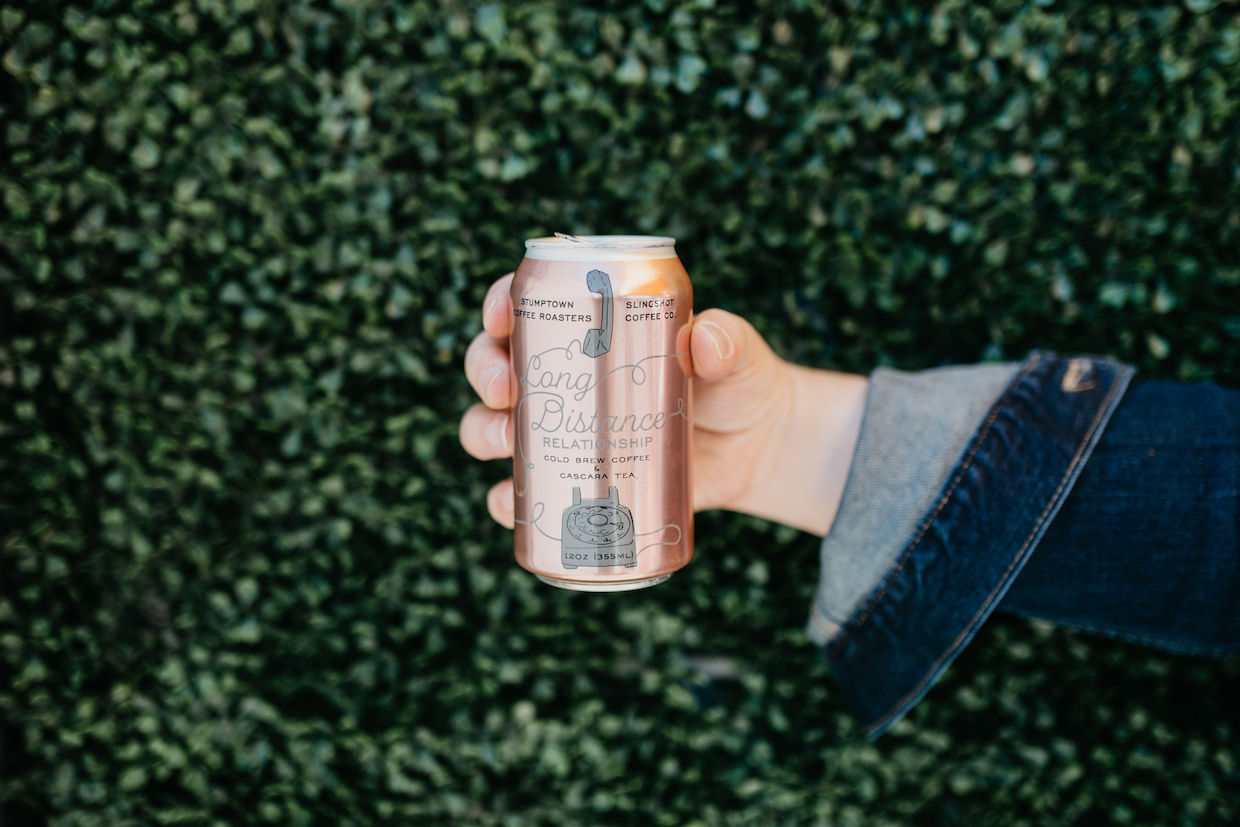 Images courtesy of Stumptown and Slingshot.

The battle for elbow room on retail shelves can’t help but seem fierce in the field of cold coffee beverages. However, the reason so many brands can emerge all at once in the first place is precisely because they’re not actually competing against one another; they’re collectively competing against beverages in neighboring categories, such as energy drinks and sugary sodas.

Timed to launch with a party in conjunction with the SCA Global Specialty Coffee Expo in Seattle is a canned 50/50 combination of cascara tea and cold-brewed coffee called Long Distance Relationship. Slingshot’s cascara tea, made from the dried husks of fruit grown on Aida Batlle’s Finca Kilimanjaro, is combined with the cold brew made from Stumptown’s Rwanda Huye Mountain, the latter a beverage never before packaged for RTD retail. 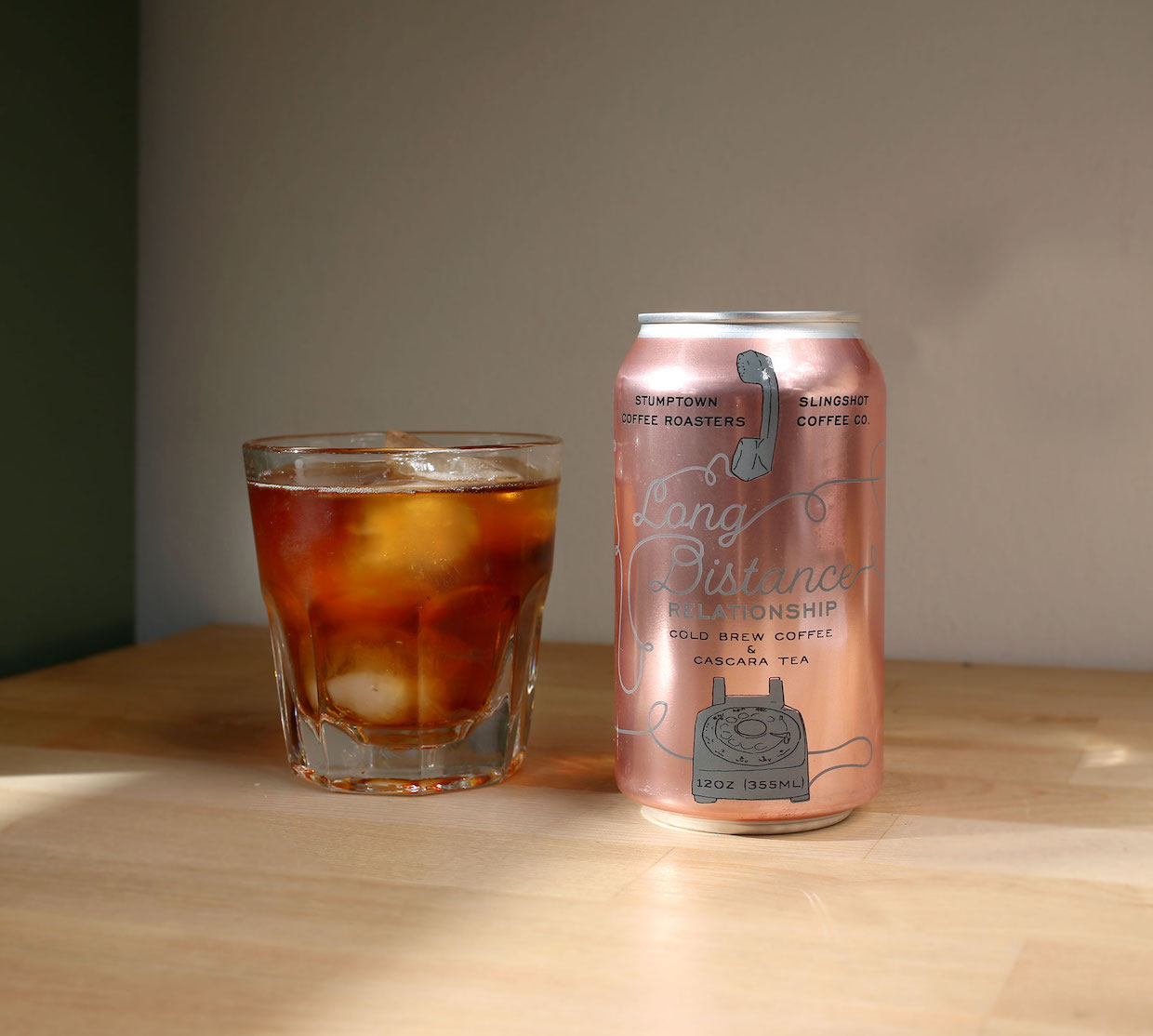 The collaboration started with a spark of friendship that began at last year’s Specialty Coffee Association conference in Atlanta, where Slingshot Coffee Co. Founder Jenny Bonchak met Stumptown VP of Cold Brew Diane Aylsworth. “We had an immediate kinship between the two of us personally, and we both felt like that was a solid place to start a collaboration — a mutual fondness and respect for what each of our companies was doing to progress quality and innovation in cold brew,” Bonchak stated in a press release on the subject.

After a year’s worth of discussion and correspondence, last month the teams converged in Stumptown’s Portland cold brewery to brew the components fresh on site and devise the final recipe for what’s now rolling out into a limited supply of 12-ounce cans priced at $4.99 apiece for sale in Stumptown cafes coast to coast, New Seasons Market in Portland, Whole Foods Markets in the Southeastern United States and a select few additional independent retailers. 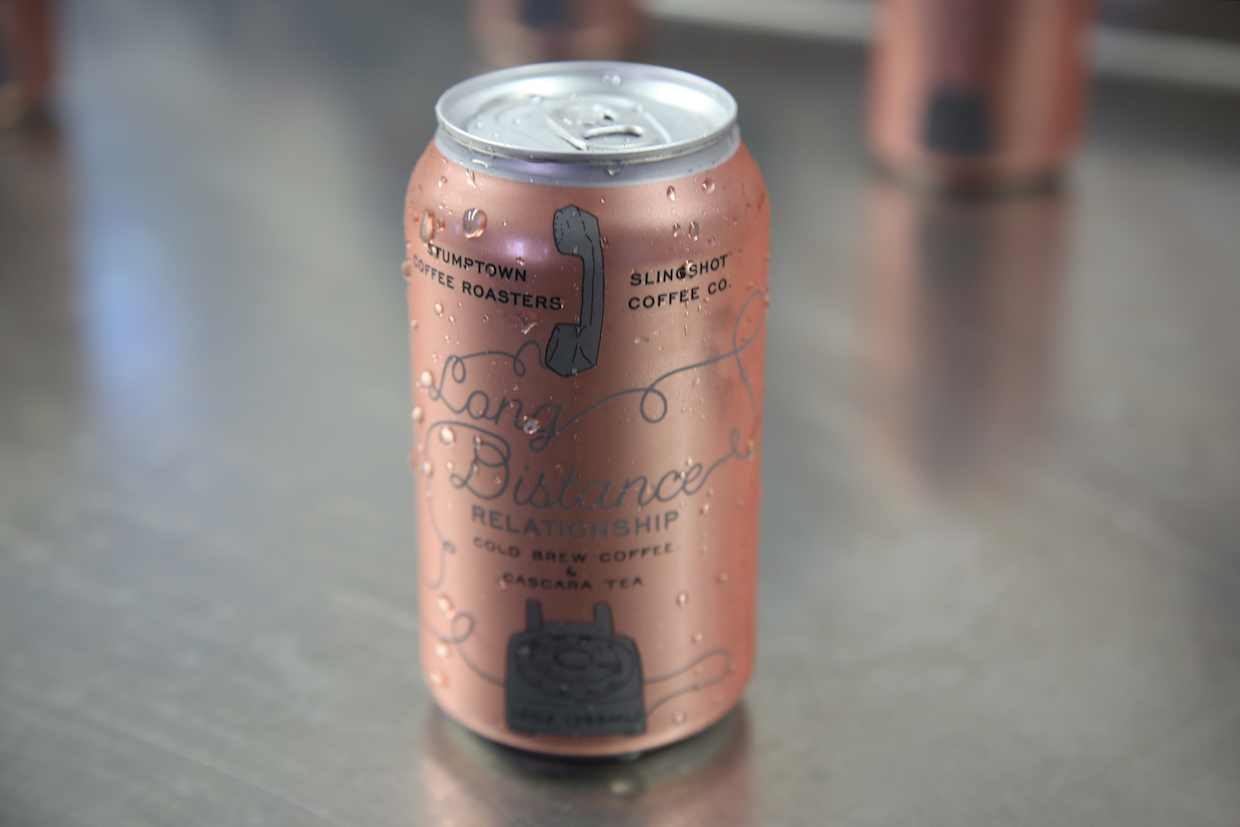 Said Stumptown Head Brewer Brent Wolczynski, “Our teams meshed really well, and we have a delicious beverage and great friendships to show for it.”

For those of you heading to the SCA Expo, Stumptown and Slingshot will be jointly hosting a product launch happy hour party on Thursday, April 20, from 5 to 7 p.m. at The Crocodile, at 2200 2nd Ave. in Seattle, with food from Sam Jones (BBQ) and Hama Hama Oysters. That will be followed at 7 p.m. with a free “Happy National Cold Brew Day” party featuring the music of FKL, Chanti Darling, OC Notes. 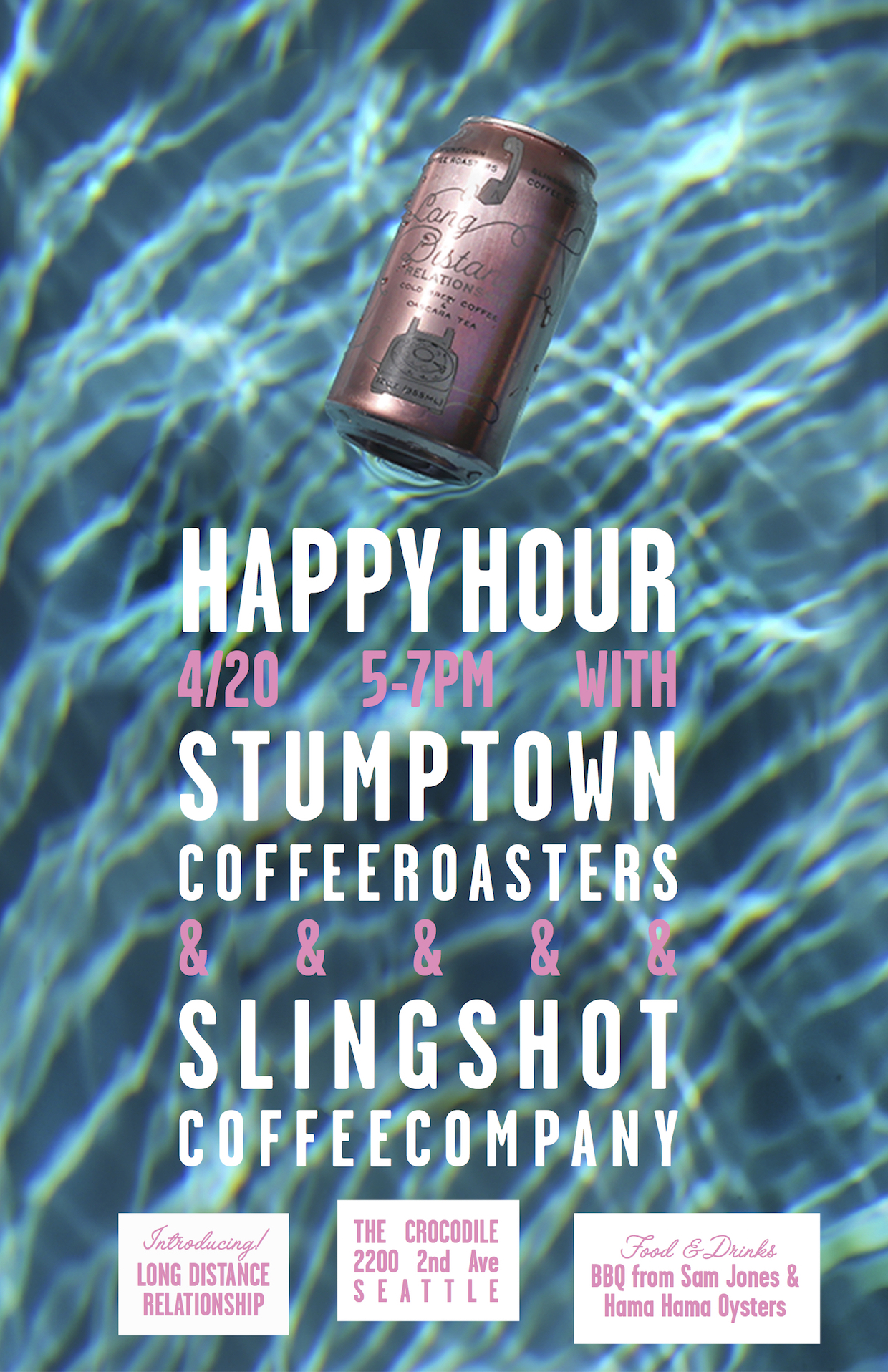