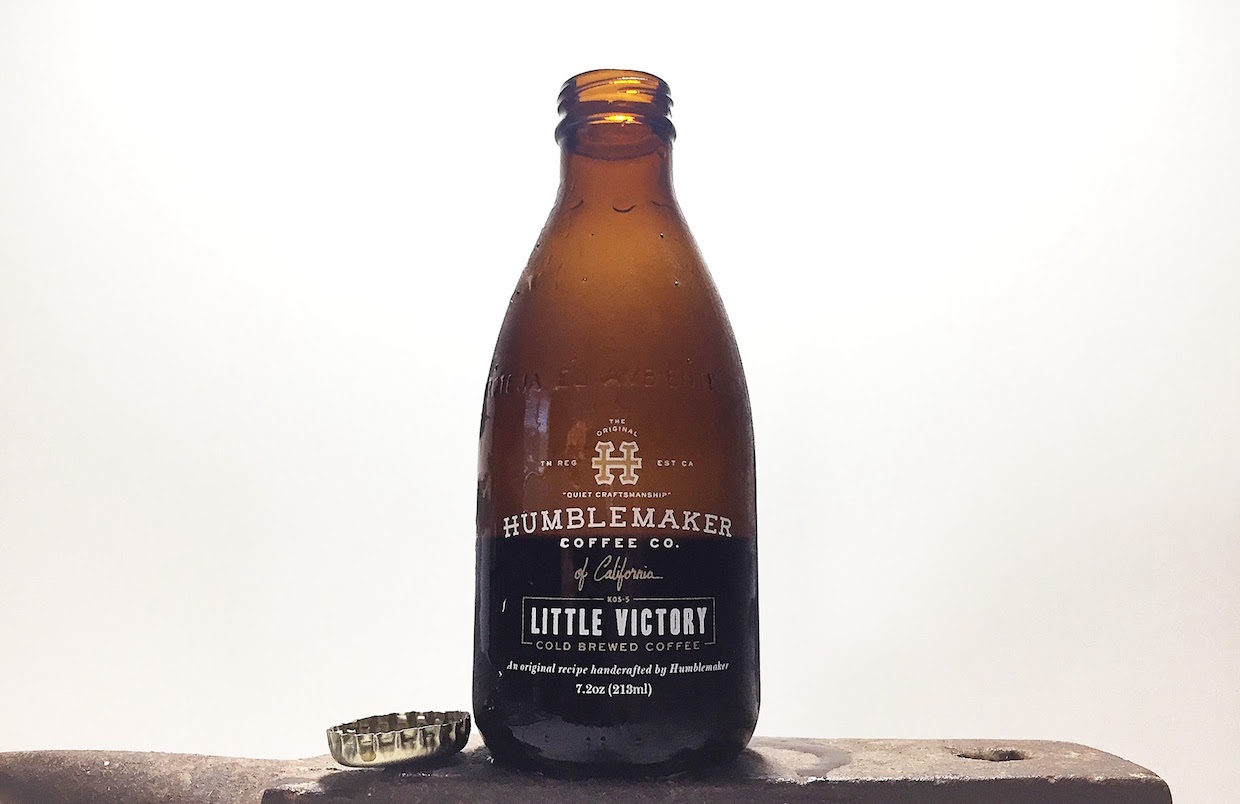 April is National Autism Awareness Month, and a young cold brew company based out of Costa Mesa, Calif., is poised to launch its inaugural RTD product line of two cold coffees not only to quench thirsts, but also to directly support organizations providing autism research and programming to improve the lives of children.

The company has pledged to donate 10 percent of its annual profit to organizations focused on enriching the lives of children with autism. It is already this year’s coffee sponsor for the 501(c)3 non-profit A Walk on Water, which provides water therapy in the form of surfing lessons to children with special needs.

Co-founded by Chris Smith and Bryan Marseilles, the latter of whom has two sons on the autism spectrum, the company aims to keep quality on par with compassion. While they are reportedly in the process of developing their own roastery, in these early days Humblemaker engages in two toll-roasting partnerships for production.

An upcoming line of whole-bean coffees is roasted by Wade Windsor of Long Beach-based Lord Windsor Coffee Roasters roasts the whole bean product on a Diedrich IR7. Its cold brew beans are browned via fluid-bed Sievetz under the watchful eye of Bodie Rasmussen of The Lost Bean in Tustin, Calif., another very sustainability and community-minded company that donates 30 percent of proceeds itself to local charities.

Green coffees come by way of a variety of importers, with an eye towards direct trade in the future. “We chose to limit our search criteria to organic farms, Fair Trade if available, so it was a little bit more legwork to create a blend that met our standards,” said Marseilles. “Our cold brew blend is a beautiful Ethiopia Yirgacheffe, a very well balanced Colombia, and rounded out with a very big Sumatran. The goal was to provide a blend that was well rounded, with the right flavor profile and acidity to work well as a cold brew.”

Humblemaker’s base brew involves an 18-hour steep at a precisely controlled temperature, filtered with intent of preserving a high content of solids for fuller body. Said Marseilles, “The trend seems to be heavy filtering to maximize clarity, but we find that this yields a finished product that doesn’t have the body we’re looking for.”

The company has stated that once these first two products are launched in individual bottles, the next to greet the public be a packaged four-pack, then a larger volume concentrate of Little Victory, and then shelf-stable cans.

“We’ve been in discussions with Bruer about a collaboration for the last few months with the intent of launching a co-branded product with them later this summer,” Marseilles said of additional plans for DIY home-brewing kits in which to incorporate their whole bean products.