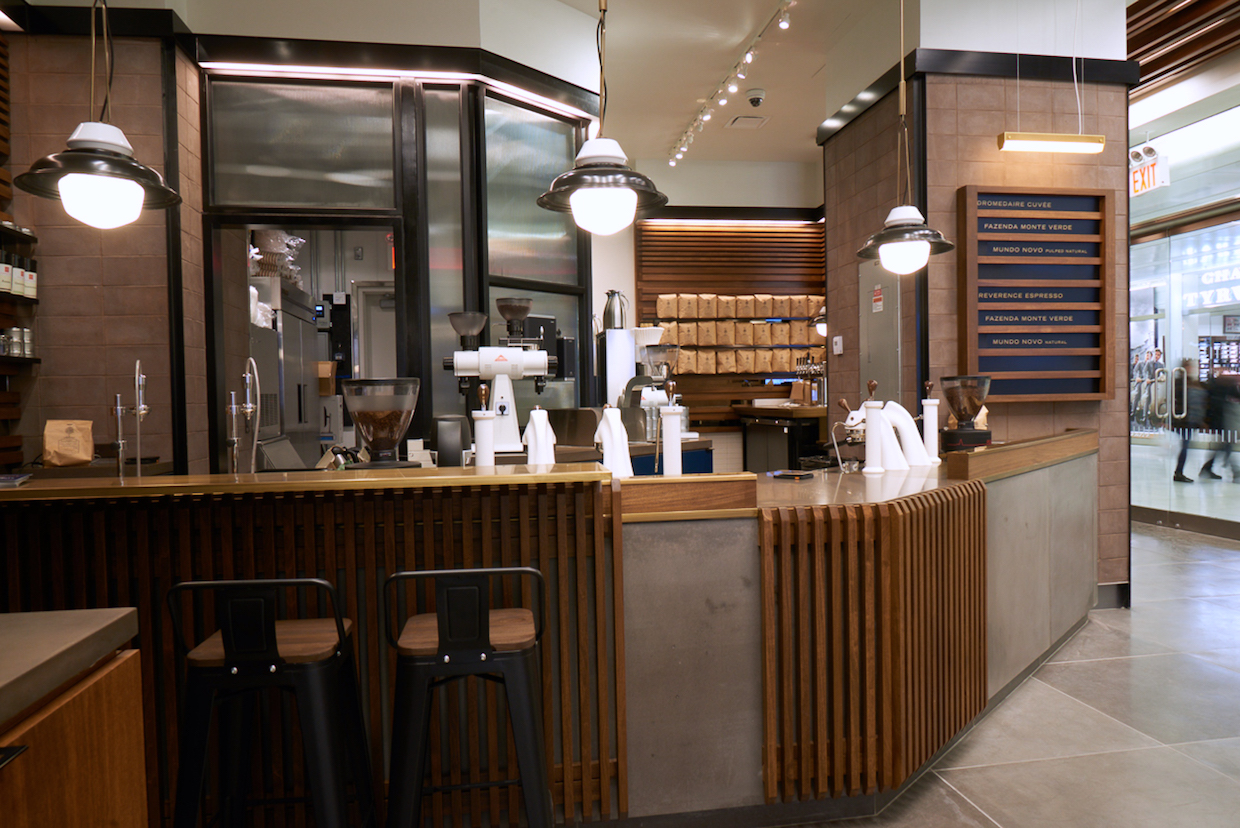 The vertically oriented coffee company Nobletree — which operates two Cup of Excellence award winning farms and mills in Brazil that supply a wholesale roastery in Brooklyn, N.Y. — has extended that verticality, opening a high-profile first retail shop in the World Trade Center in Manhattan.

Located at 4 World Trade Center below Eataly, the shop is primarily designed for to-go orders, made swiftly possible through a Modbar setup that includes both espresso and pourover modules, while also offering batch brews through a Fetco XTS2152. 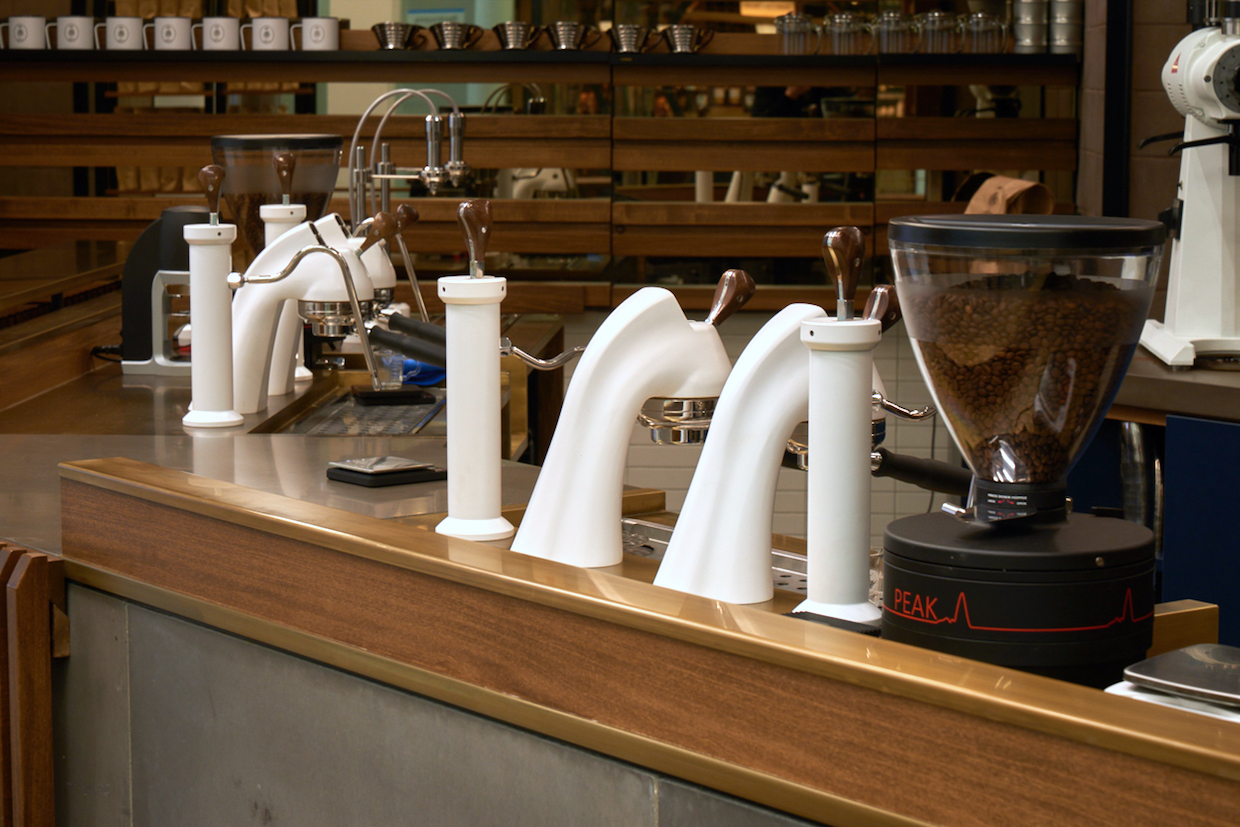 “What we like about the Modbar is that it also removes the bulky machine that sits between the barista and customer and allows for improved interaction,” Nobletree Brand Manager Nigel Hall recently told Daily Coffee News, adding that a Marco hot water tower with an under-counter boiler further helps reduce above-counter clutter. “Without the bulky equipment, it’s a very clean aesthetic.”

Just off the bar and in full view of patrons will soon be a small shop roaster. Hall said the bulk of the production roastery will continue at Nobletree’s Red Hook space, but a smaller roaster will be used for small batches to be brewed in-store. The company has not yet decided on a specific roaster model. 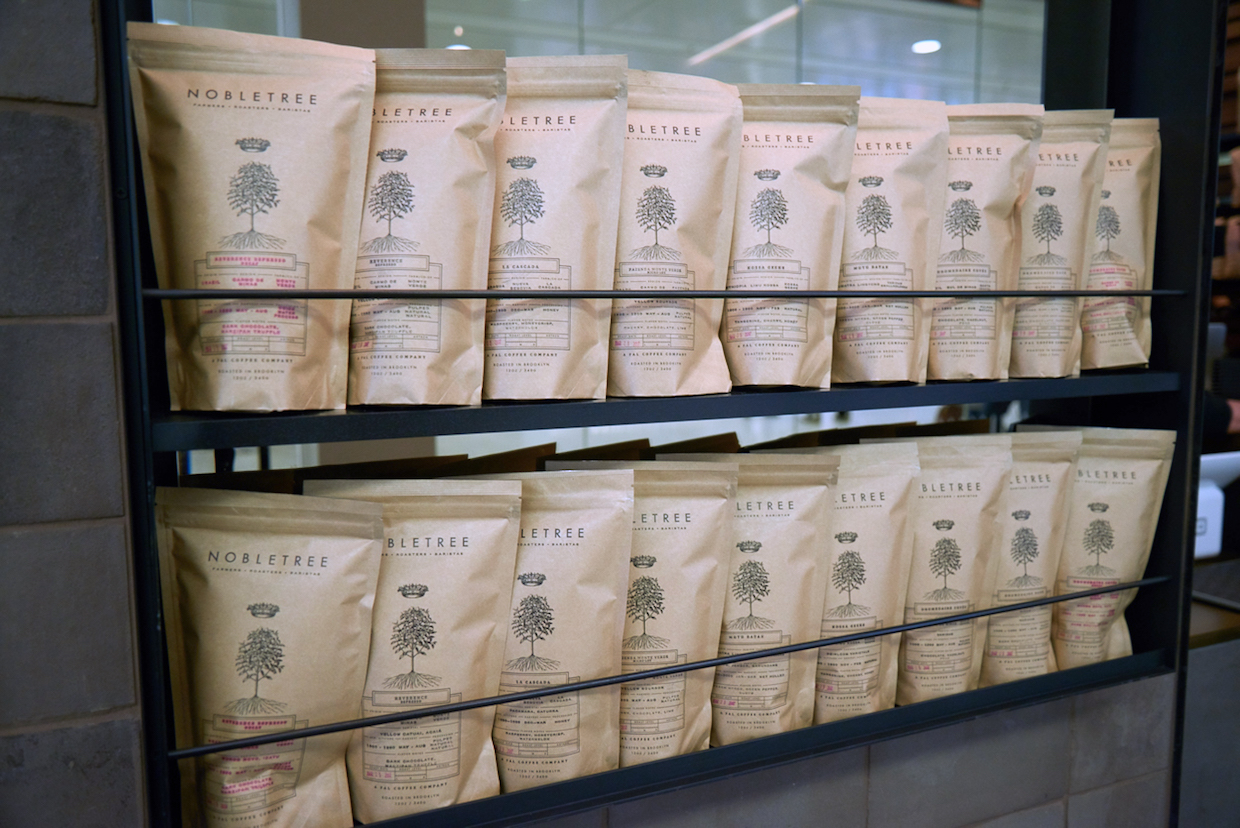 Coffees sold at the shop will include a rotating selection of single-origins, plus coffees from Nobletree’s own farms. Offerings from the latter include: Two blends of Yellow Catucaí and Acaiá pulped naturals called Dromedaire Cuvee and Reverence; and the Fazenda Monte Verde blend of Yellow Bourbon and Mundo Nuovo naturals. 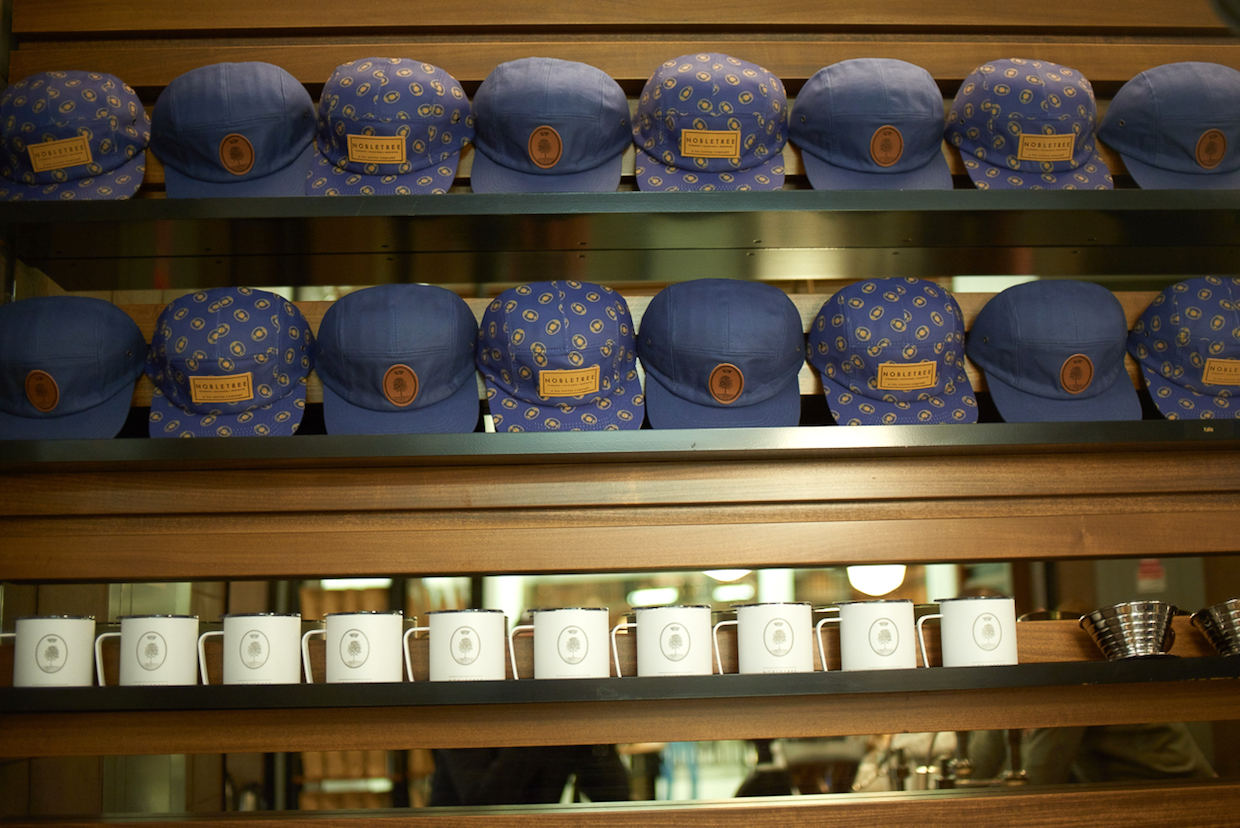 In addition to the shop’s hot offerings, Nobletree’s WTC café includes six taps for the company’s cold brew (which we have previously covered for its interesting bag packaging), nitro offerings and other kegged beverages, as well as a variety of grab-and-go sweet and savory bites, including items such as Pão de Queijo (PDQ) Brazilian cheese bread.

Nobletree is also planning another high-profile retail opening for later this year as one of the 37 initial tenants of the Dekalb Market Hall in downtown Brooklyn. 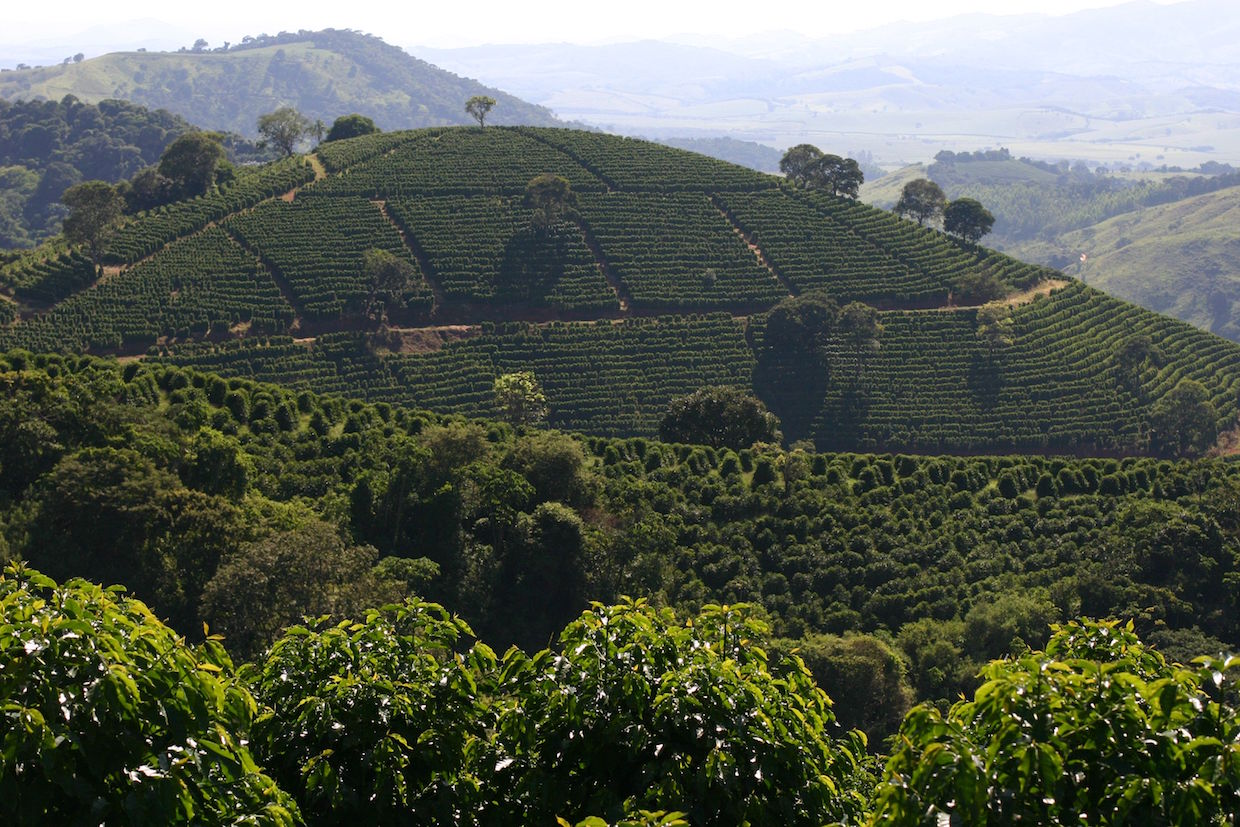 A Nobletree-owned farm in Brazil.