Ammunition Needed in the Ongoing Battle with Leaf Rust 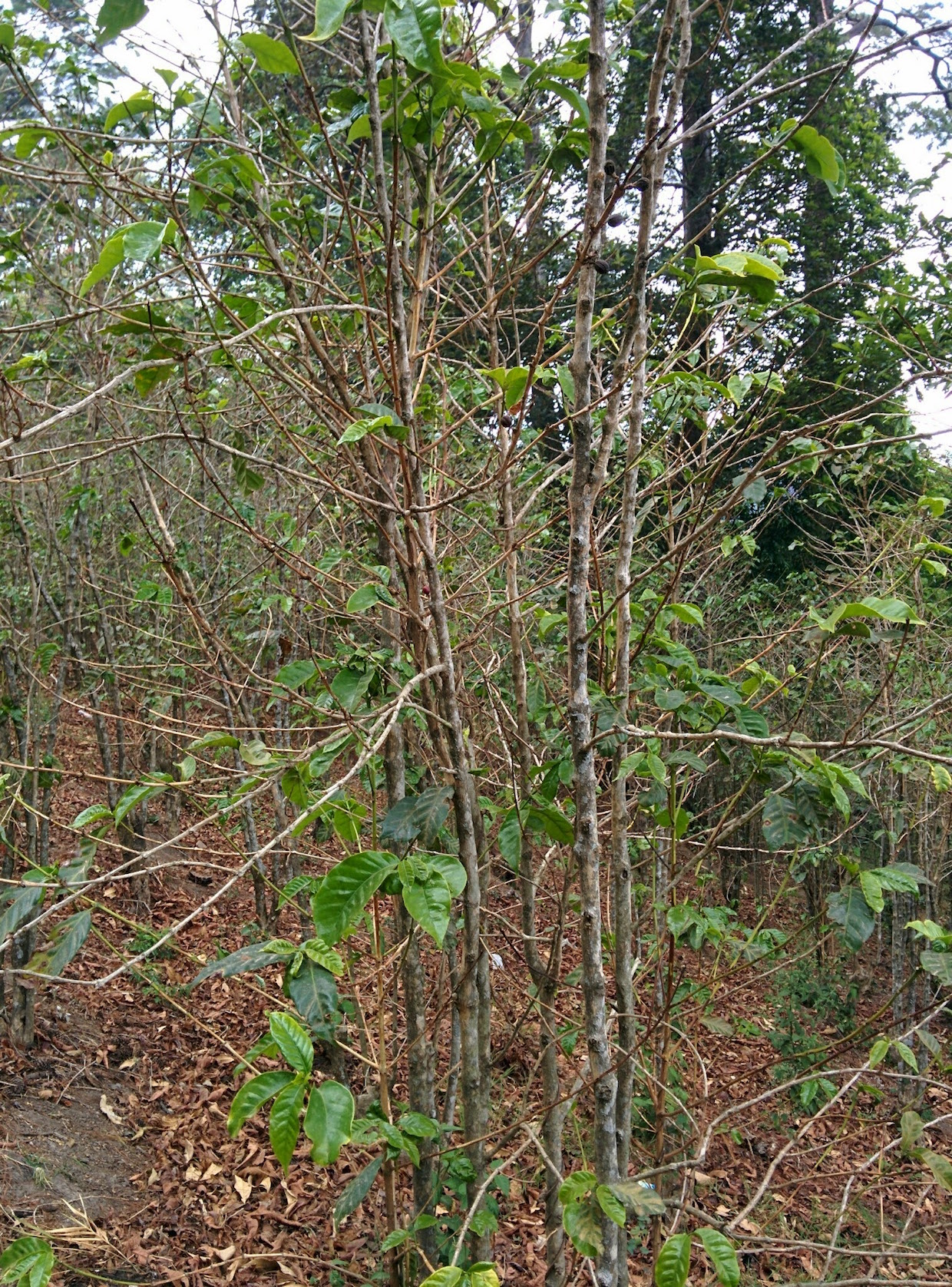 A coffee plant that has lost its leaves due to leaf rust. Photo by Kraig Kraft.

World Coffee Research has spoken. Lempira, a high-yielding, popular variety planted throughout Honduras, is no longer what thousands of farmers thought that it would be: Resistant to coffee leaf rust.

While there is not yet any conclusive scientific evidence that leaf rust (a.k.a. la roya) has evolved into a new race or strain, and no evidence that there are other varieties beyond Lempira that have demonstrated a loss of resistance, this event is nevertheless an important reminder that the battle against leaf rust is ongoing, and we as a sector are sorely lacking the ammunition and supplies to fight it.

Consider the fact that Honduran farmers have invested four years of limited financial capital and their hard labor to recover from the 2012-2013 rust outbreak, and just as they are currently riding a wave of increased productivity and heightened recognition as a global producer of Arabica coffee, they find themselves looking at repeating this depressing cycle once again.

The answers to this next round of the rust war are not short term answers. Rather, breeding the next generation of resistant coffee varieties, understanding the genetics and behavior of la roya, and finding ways to help farmers continue to invest in upgrading their farms are the medium-term to long-term solutions. They require investment of capital and time by talented groups of people working together to create solutions that can be deployed for both large estates and smallholder farmers.

So, what about now? What about the 2017-18 harvest in Honduras? What about the inevitable news that leaf rust has affected another previously resistant variety? How can farmers begin preparing for this? The answers, the tools and technologies available are nothing new, nor should they be a surprise. It’s probably a good time to review what we already know.

The first line is prevention. The second line is treatment.

How do you prevent coffee leaf rust? You need limit the spread of the disease, to make it difficult for the disease to find new hosts. Coffee leaf rust spores are dispersed primarily through the air, so limiting spaces where coffee plants are exposed to wind is key. This paper — written by Jacques Avelino and some sharp agro-ecologists at CATIE — discusses the effects of landscape on the incidence of coffee leaf rust. They found that the incidence of roya was reduced on coffee farms that were located next to plots with trees.  Very simply put, trees block the wind that carry rust spores. A simple yet effective tool to limit the spread of spores.

Shade is another factor in limiting the disease.  While high levels of shade are considered a negative impact for productivity of coffee, plants that are exposed to direct sun for longer periods of time are stressed plants. Plants that are heavily stressed do not tolerate la roya and have greater rates of defoliation.

The other disease prevention measure is applying the appropriate amounts of fertilizer. Weak, underfed coffee trees fall quickly to la roya, which shows little mercy when presented with a weak host plant. Healthy coffee plants have the nutrients available needed to produce coffee and recover. The foundation to plant health starts at the ground level. Farms must have healthy, fertile soils to produce health coffee plants.

Despite all the best prevention efforts, there is always a possibility of getting infected. The second line of defense is treatment, which can help limit the damage and help keep small outbreaks from becoming large ones.

There are several classes of fungicides that farmers can buy (copper based, triazoles, strobilurins), each with its respective trade-off. These are sprayed on infected plants to kill off the fungus. If fungicide isn’t an option, then quickly cutting away all the diseased plant material is the final choice. The infected material needs to be removed from the farm.

There are several excellent technical resources available. World Coffee Research published a fantastic manual on rust control. CRS and Café Nica documented organic options for management of the coffee farm (and in Spanish).

This seems like a good time to remind everyone that coffee contributes to approximately $225 billion dollars annually to the economy of the United States, and this is built on the shoulders of smallholder farmers who are essentially the foot soldiers and infantrymen of our sector. They are on the front lines and are the first to engage in all the industry’s biggest battles, such as climate change, diseases, prices and labor shortages.

I’m a card-carrying pacifist, but I believe the war metaphor makes sense here. In the battle with coffee leaf rust, as with a military conflict, the side that is the most prepared with strategic information and tactical tools always has a better chance of emerging victorious. I think we owe it to coffee farmers to arm them with the best.