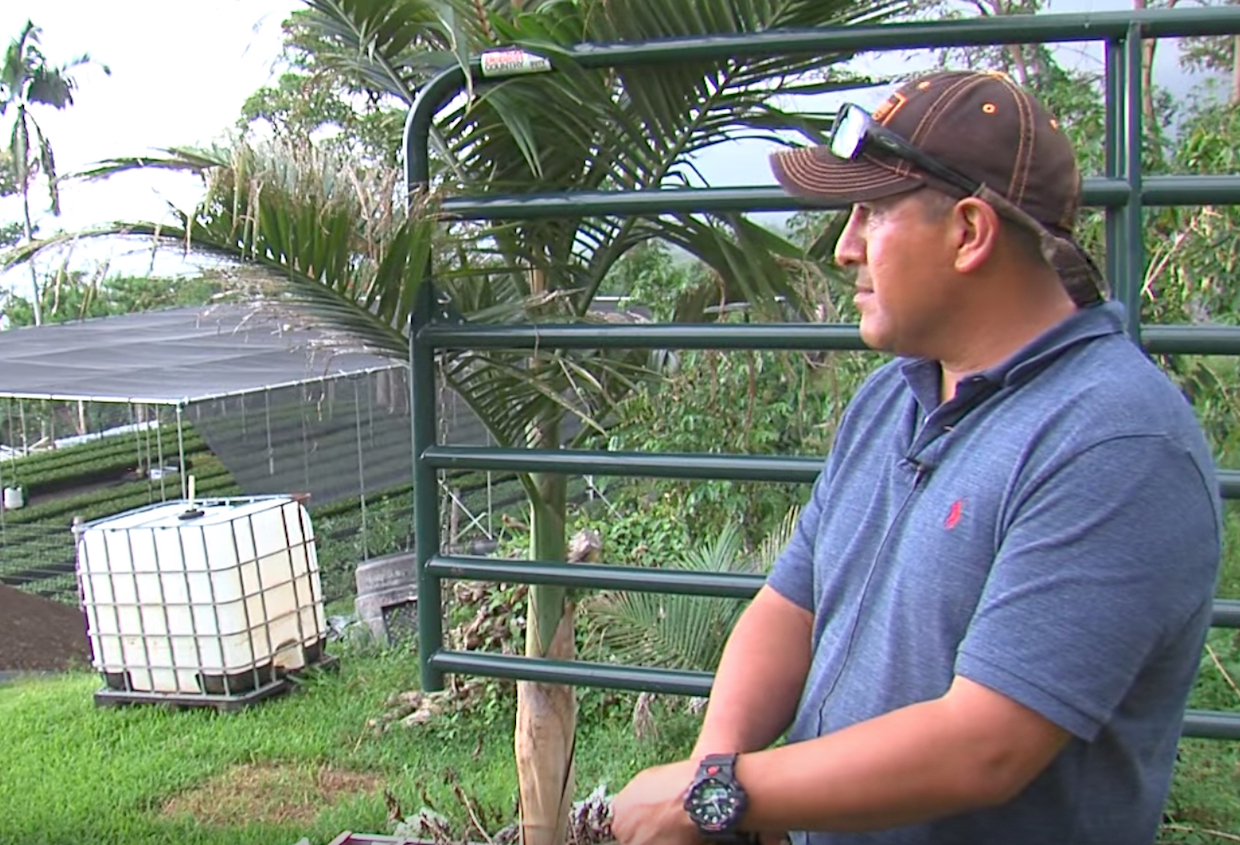 Despite public endorsements of his character by the entire Hawaiian Congressional delegation, a federal judge, friends, family and his peers in the Hawaiian coffee industry, longtime coffee farmer Andrés Magaña Ortiz was scheduled to report to authorities last Thursday, June 8, for deportation.

Magaña Ortiz, a husband of a U.S. citizen and the father of three U.S. citizen children, entered the United States illegally at the age of 15, and has since owned and operated a coffee farm in Honaunau, Hawaii, while managing 15 other coffee farms. According to legal records, he has never returned to Mexico, has paid his U.S. taxes, and has even allowed the U.S. Department of Agriculture to conduct a coffee berry borer study on his farm for five years, free of charge.

His deportation case began in 2011, the Department of Homeland Security filed notice for Magaña Ortiz to appear at immigration court in Honolulu. He was granted a stay, and has since worked to obtain legal status based on the citizenship of his wife and children.

On March 21, 2017, the DHS reversed its decision for a temporary stay, and Magaña Ortiz was facing deportation, despite the fact that numerous people in the coffee sector, and in local, state and federal government, spoke up on his behalf, telling the story of a man who had worked hard to build a sustainable business, support and grow an industry, and raise a family.

In a May 30 denial of Magaña Ortiz’s appeal, US Circuit Judge Stephen Reinhardt sharply criticized the administration of President Donald Trump, who has insisted that the illegal immigration crackdown is to remove people who pose a threat to the safety of legal U.S. citizens, while famously using the term “bad hombres.” Reinhardt conceded the court had no legal justification for upholding the appeal, although he said that as an American citizen he objected to the deportation.

“We are unable to prevent Magaña Ortiz’s removal, yet it is contrary to the values of this nation and its legal system,” Reinhardt wrote. “Indeed, the government’s decision to remove Magaña Ortiz diminishes not only our country but our courts, which are supposedly dedicated to the pursuit of justice.”

Reinhardt summed up many of the case’s unfortunate turns do to actions of the government that he characterized both as unjust and unfair.

“The government’s insistence on expelling a good man from the country in which he has lived for the past 28 years deprives his children of their right to be with their father, his wife of her right to be with her husband, and our country of a productive and responsible member of our community.”

“The government forces us to participate in ripping apart a family. Three United States citizen children will now have to choose between their father and their country. If they leave their homeland with their father, the children would be forced to move to a nation with which they have no connection,” Reinhardt continued, later adding, “Subjecting vulnerable children to a choice between expulsion to a foreign land or losing the care and support of their father is not how this nation should treat its citizens.”

By last Thursday, Andrés Magaña Ortiz planned to head to Washington DC to report for deportation, yet in the final hour was granted a 30-day temporary stay by the DHS, according to a public letter by Hawaii Sen. Mazie K. Hirono (D), who has incidentally been of of the state’s coffee industry’s leading proponents.

“Today’s announcement is a positive step, but our work to keep Mr. Magaña Ortiz with his family isn’t done yet,” Hirono wrote. “I call on the Department of Homeland Security to process the Magaña Ortiz family’s application to bring Andrés out of the shadows as quickly as possible to keep Andrés together with his wife and kids. Andrés’ ordeal speaks to the very real fear and anxiety spreading through immigrant communities across the country. We must pass comprehensive immigration reform that provides a pathway to citizenship, and which prioritizes family unity.”

Best of luck to you and your family Magaña. It would be so sad if you are forced to leave your family, livelihood, and land. Sending good wishes and prayers from Washington state.
Please do a follow up article Nick!

We’re rooting for you here in Missouri. And we appreciate the hard work from immigrants like yourself. BTW, my grandparents came to this country as immigrants. I married an immigrant . There are countless stories of people who given the opportunity, took it and shined. Truly wish you could stay and continue making a positive difference in your community.