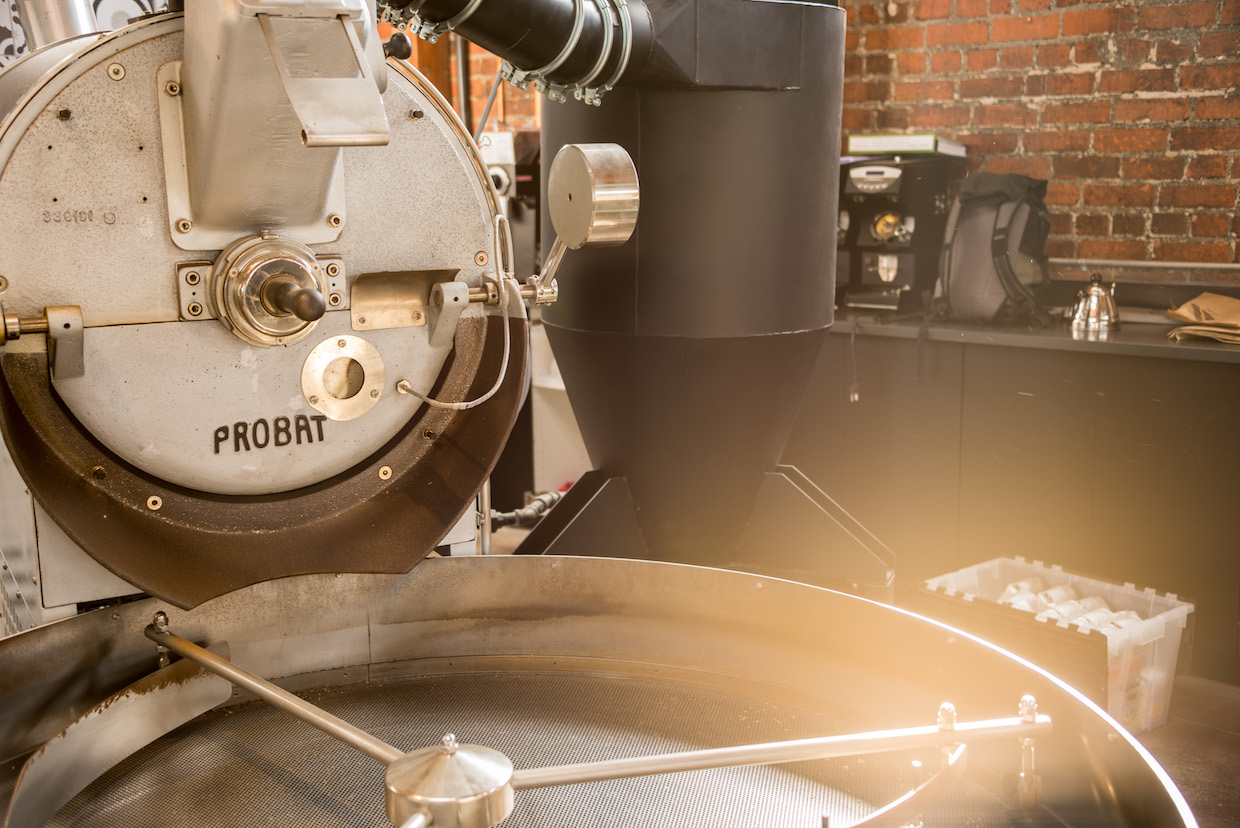 Running two cafes and a growing roasting business can be a lot to handle. Thankfully for the Handlebar Coffee Roasters crew in Santa Barbara, California, nearly six years of experience roasting and serving coffee in their original downtown cafe has provided a firm grip on quality and keen sense of direction for their newly opened second café and roastery.

Founded in 2011 by married pair of former professional cyclists Kim Anderson and Aaron Olsen, Handlebar is driven with athletic intensity to deliver excellence in coffee. Achieving this so far has involved green coffees sourced both directly through personal relationships with farmers in Colombia, as well as through importer Royal Coffee, which are then roasted by Olsen on a Probat L12 the company lovingly dubbed Hercules. 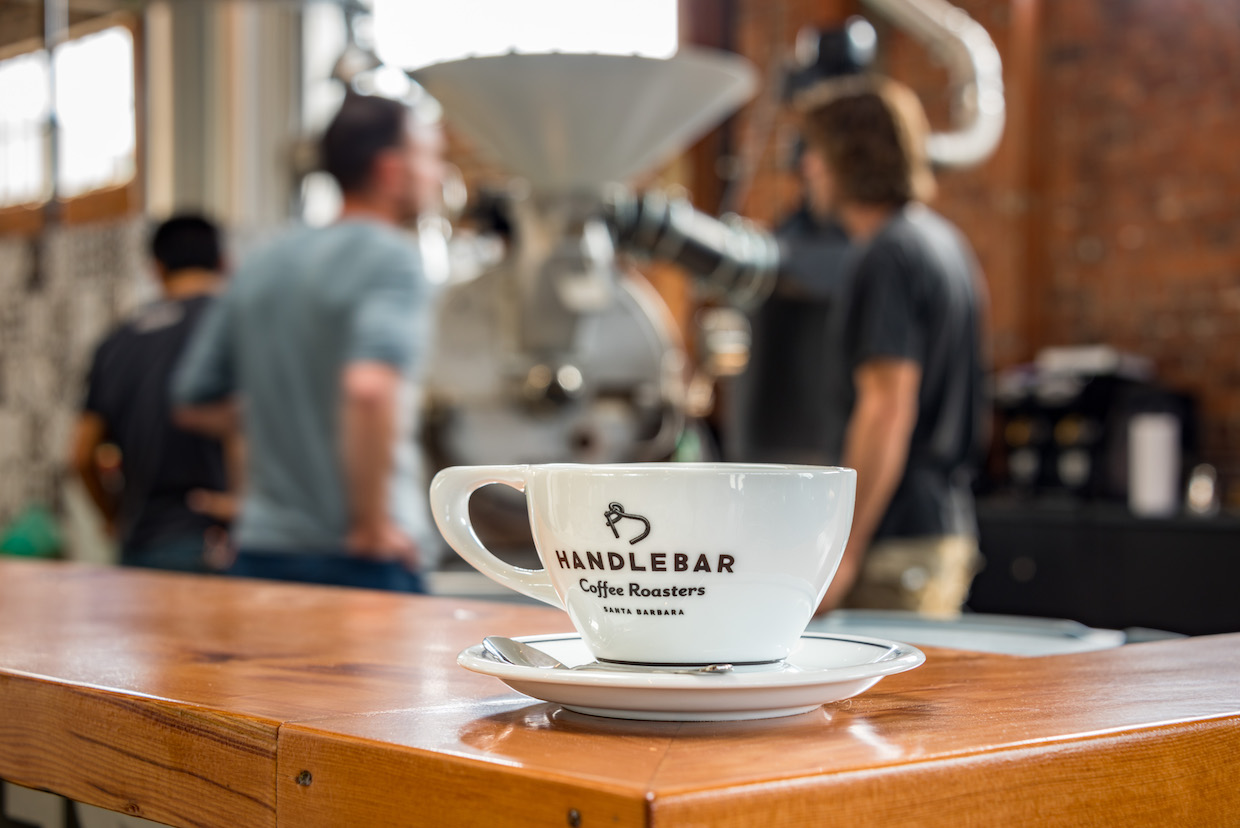 Recently Hercules has given way to Zeus, a restored and modified 1961 Probat UG22, through which coffees will be developed to full flavor potential on the floor of the new café.

“We were reluctant to do a second café because we didn’t want to take away from the first one, but we needed to move the roasting out because we were outgrowing that space,” Olsen told Daily Coffee News, adding that they also wanted patrons to experience the new roastery. “We wanted customers to be able to see and smell it while in a café environment.” 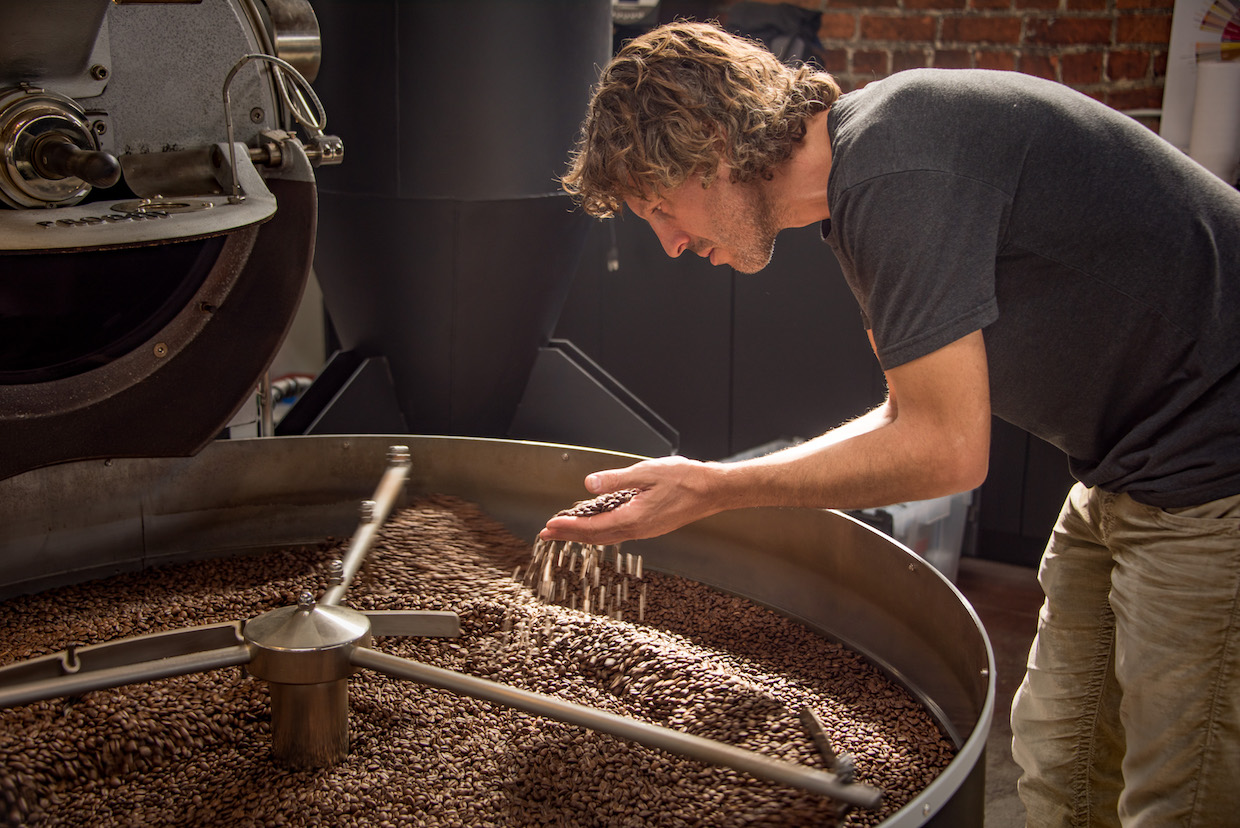 Olsen and Anderson found much of their happiness over the years through their cycling careers. They both discovered a passion for coffee through the inspiring café cultures of Europe, among which they raced on the pro cycling circuit. They found each other while traveling together on the T-Mobile Team in 2007 to the Tour de Okinawa, and they fell in love with sunny Santa Barbara while riding in the California Amgen Tour.

In November, 2011, Handlebar Coffee Roasters opened its original roastery café at 128 East Canon Perdido Street, after the founders honed honed their barista and business chops at The American Coffee & Barista School in Olsen’s hometown of Portland, Oregon. As professional cyclists, they were among the best in the world, as illustrated by Anderson’s victory in the Route de France Féminine in 2009. 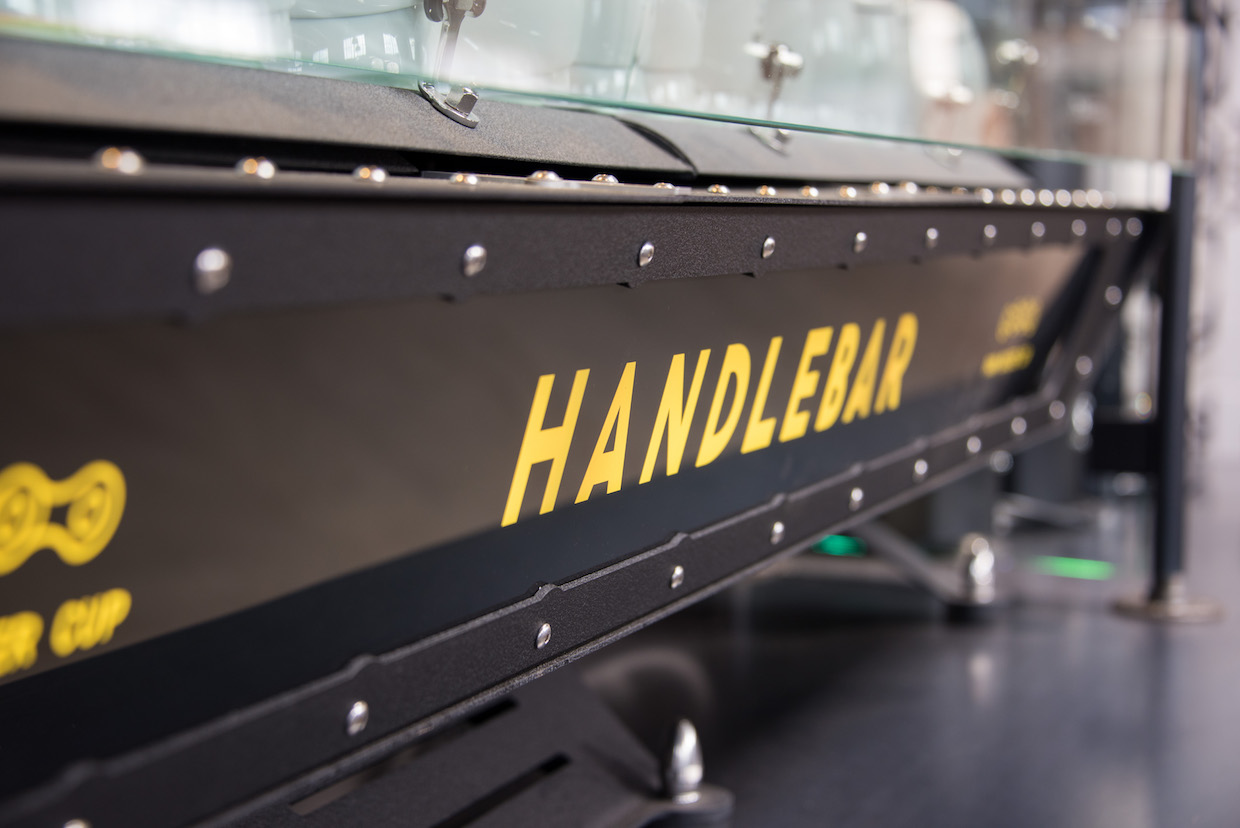 Today, that same drive motivates them to provide both the best in coffee and the best in service that they possibly can. Said Olsen, “We’re two people driven to always be better than what we are,” said Olsen.

At the new 4,000-square-foot café, the 1930s-era bones of exposed brick and bow truss ceiling beams surround what was originally grocery store. Inspired by Aussie café culture, a 250-square-foot kitchen will turn out artful and nutritious foods all day using local and organic ingredients. Also, inspired by the European café model, the shop will transition from day to night with a 12-tap system that offers cold brew and kombucha alongside local beers and wines. 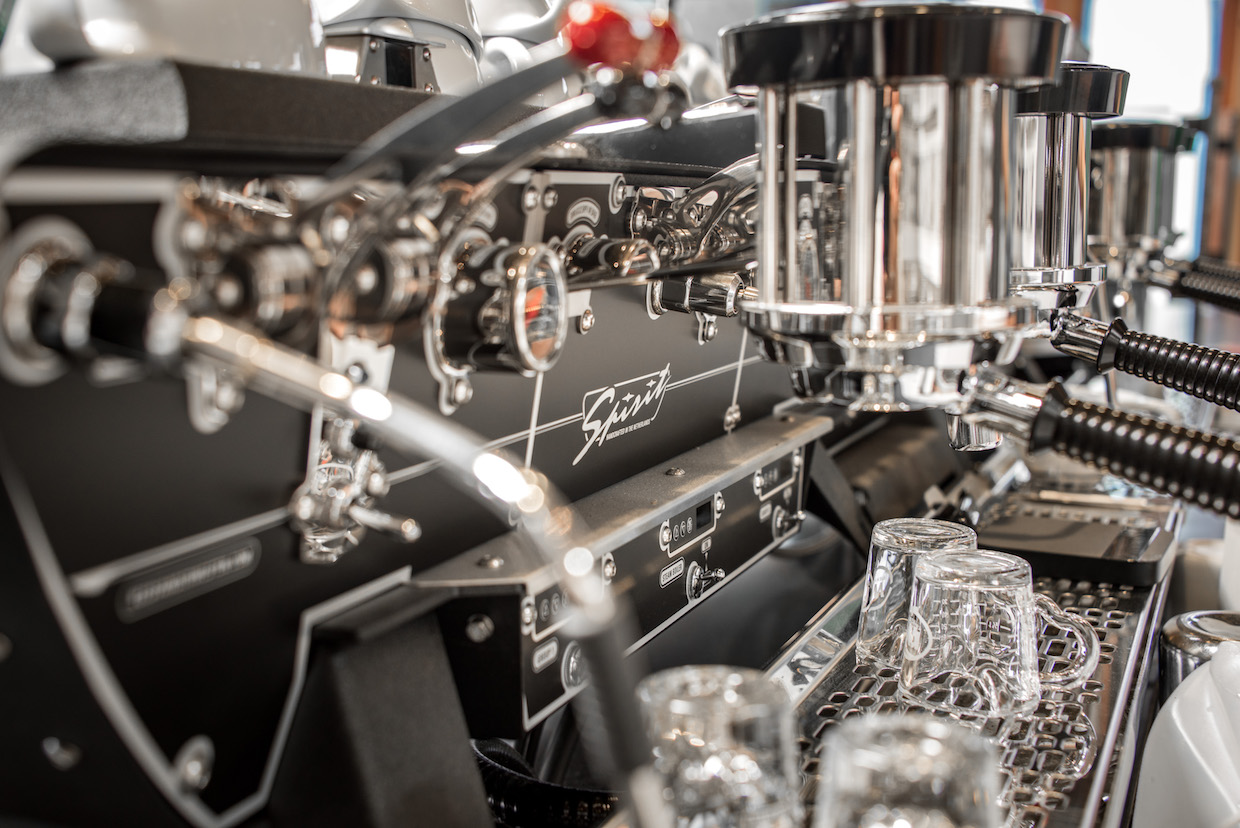 “We’ve been open almost six years and we still work 100 hours a week. I haven’t a day off in months and months,” said Olsen, who remains very hands-on at both the café and in the roasting. He looks forward to keeping his hands on the new UG22 as well as a rare, 4-group “wide-body” Kees Van Der Westen Spirit espresso machine. Espresso will be ground by Nuova Simonelli Mythos grinders, while Fetco batch and various manual brews will be ground by Mahlkonig-made machines.

“We didn’t open a café just to say we own a café. We wanted to try to make it as great as we can,” said Olsen. “Lots of coffee shops make coffee that tastes good. That’s challenging enough in itself, but for us there’s a lot more about the experience.” 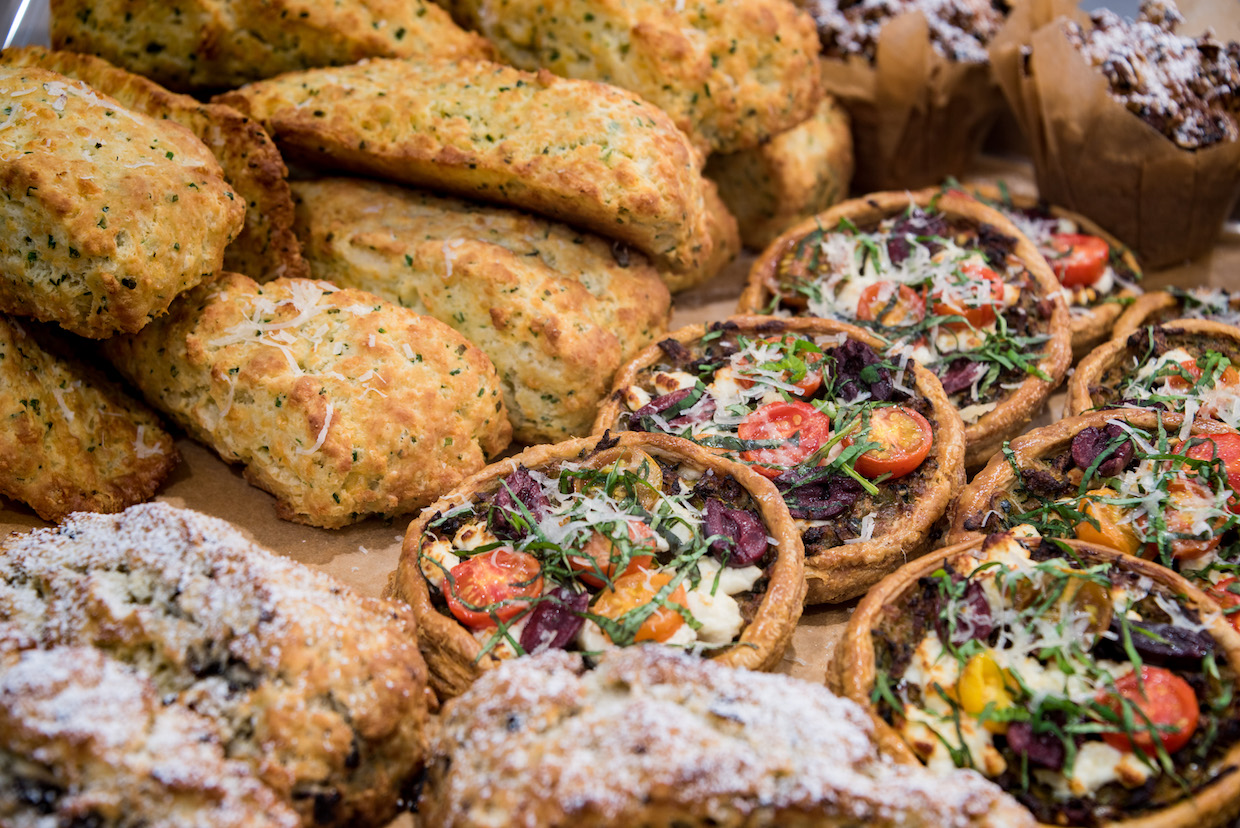 The new Handlebar café and roastery is open at 2720 De La Vina Street in Santa Barbara.