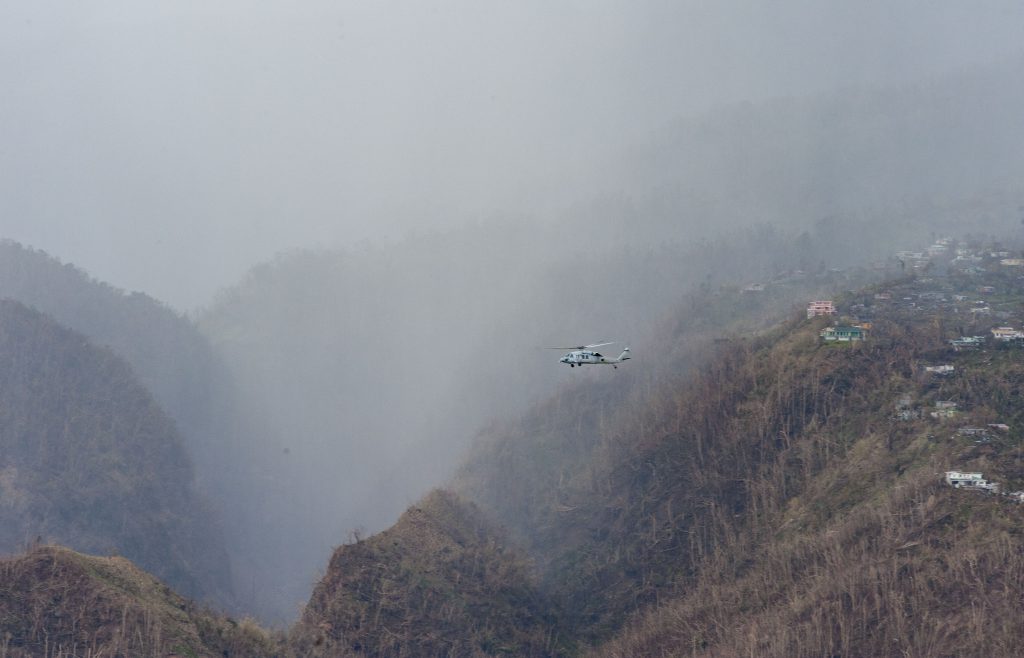 It has been three weeks since Hurricane Maria, and as much of Puerto Rico remains without power or essential services, we are only now beginning to see more detailed reports on the depth of the environmental destruction that has taken place there.

Of course, this destruction is not just about the places where coffee is grown. In recent years, large groups of dedicated coffee professionals have led Puerto Rico into something of a coffee renaissance, fueled not only by innovations and improvements at the farm level, but by roasters, café owners and baristas who have been developing a thriving coffee culture, promoting quality and, in the process, nurturing a growing economy.

The stories that are coming from these people now tell of a dire situation, with most farms reporting complete or near-complete destruction, and roasters and retailers warning of a coffee-economy meltdown once the island’s stocks run out as early as this year.

Here we share some of the stories coming out of the Puerto Rican coffee community, as well as some coffee-led assistance efforts currently afoot. If you are aware of additional individual efforts to support the Puerto Rican agriculture sector, or the coffee industry in particular, please list them in the comments section below.

Eater was able to connect with Pablo Muñoz, owner of the San Juan-based specialty roaster and coffee shop Quatro Sombras.

In a matter of hours, Maria destroyed 90 percent of all coffee trees on the island, according to Muñoz’s estimates. The storm dealt the most devastating blow to small-scale specialty coffee farmers who lack the diversification and support of industrial operations. Of the roughly 4,600 coffee producers on the island, many are private, family-owned farms ranging in size from 1 to 100 acres and producing less than 1,000 pounds of coffee beans per year.

The newspaper USA Today shares the story of 56-year-old coffee farmer José Roig, whose 150-acre coffee farm along the island’s southern coast was battered to ruins by the hurricane.

Hurricane Maria’s winds of more than 150 mph ripped away nearly all the leaves on the once-lush tropical landscape, twisted tree trunks and exposed Roig’s shade-loving coffee plants to the sun.

“What took 35 years to build was lost in 10 hours,” Roig said, looking at a valley of destruction that spread beyond the mountain peaks in the distance and across the entire island.

The Specialty Coffee Association has issued a rallying cry for the coffee industry to contribute to assistance efforts in the coffee sector throughout Puerto Rico. The group reports that numerous SCA-member companies have answered the call, yet much more work needs to be done:

While telephone lines and internet connections have been impacted by the disasters, especially in Puerto Rico, we have managed to get in touch with a few coffee professionals. Their message is clear— the work that will be needed to recover is both short and long-term and they are counting on the international coffee community to help now and in the future.

The SCA has information on various organizations contributing to relief efforts in Puerto Rico and in Mexico here, and the group has also established a form for SCA members to volunteer help.

The SCA has also shared a letter from member and accredited trainer Erica Reyes, who puts the destruction into perspective while also shedding light on the headway coffee has made in Puerto Rico in recent years.

Coffee growers of my generation have never faced destruction at this level and we want to ensure that our industry does not disappear, as has happened with other industries on our island. Perhaps this is a good opportunity to start again and organize our farms so that they are profitable and can supply the specialty coffee market, a goal that has been difficult to achieve for us given that our coffee culture is relatively young and already had farms that were operating under commercial coffee standards.

These stories have been echoed to Daily Coffee News by Etienne Cardona, the co-owner of Café Hacienda San Pedro in San Juan. Cardona said via email that the coffee company’s farm has been nearly completely destroyed. Only about six percent of the crop was picked before Hurricane Irma hit, and of course picking was further slowed by Hurricane Maria, according to Cardona, who estimates that the company’s green coffee stock will “maybe last until December.”

Cardona said he’s hoping to establish a coalition of roasters on the island to import coffee in order to keep their businesses afloat; however, he said in order for this to be feasible, it would require the government to lift the existing quarantine on green coffee imports, and/or wave the $2.50 per pound tax on roasted coffee imports.