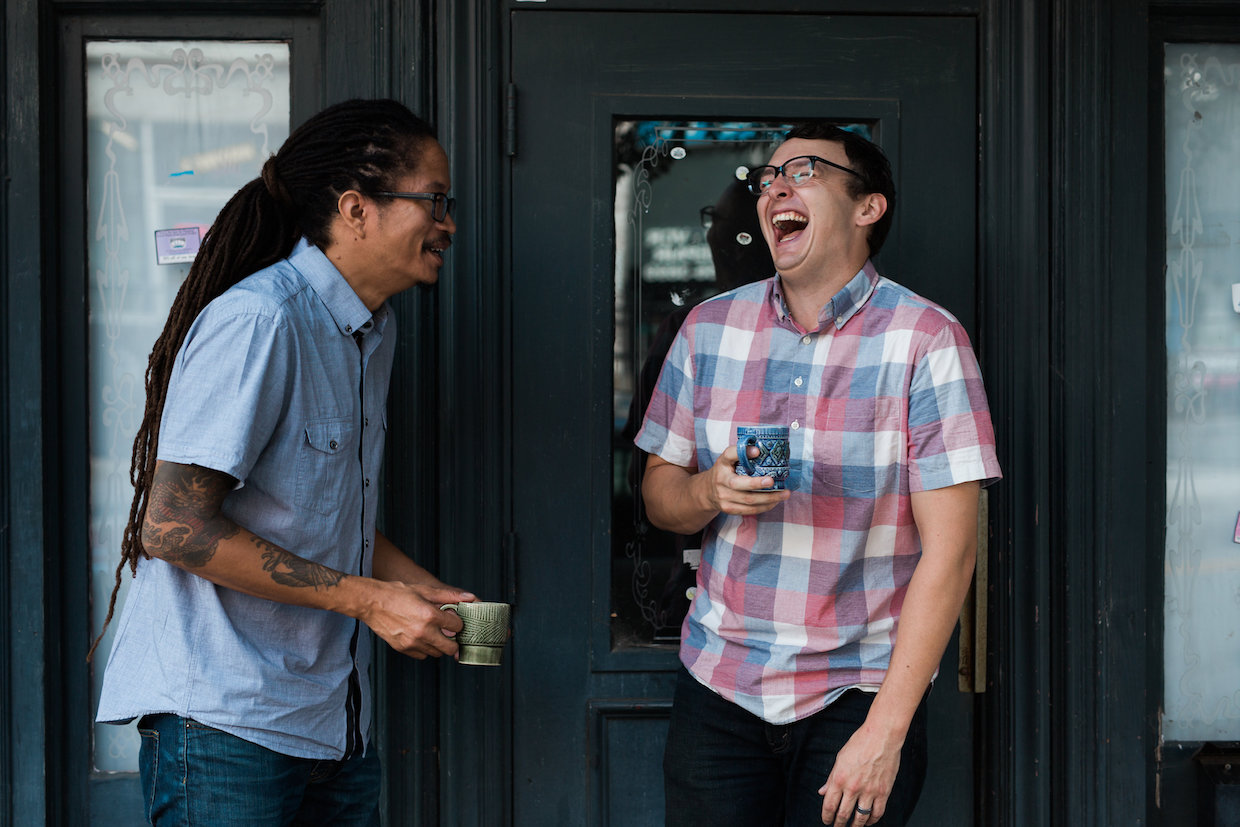 You don’t get to be a champion by taking it easy. This year’s US Barista Champion Kyle Ramage, for example, who has for several years worn a number of hats as part of the crew at Mahlkonig USA, naturally launched immediately into training for his shot at the World Barista Championship in Seoul, South Korea, happening next month.

Together, the partners have set themselves to the task of upgrading equipment and procedures at BACR’s two retail bars, while diving into roasting with a 15-kilo Loring, all while slowly transitioning the brand away from the Back Alley name and design and into Black & White Coffee Roasters (not to be mistaken for Vancouver Island, B.C., company Black and White Coffee Roasters), a transformation they hope to have completed within the coming months.

While the training team is still together and still endeavoring to prepare for Seoul, needless to say, it’s all a bit more complicated now. “Starting a business is all-encompassing, timewise,” Ramage told Daily Coffee News. “It’s been a little more difficult than I would’ve liked, but I do have the equipment set up at the office.” 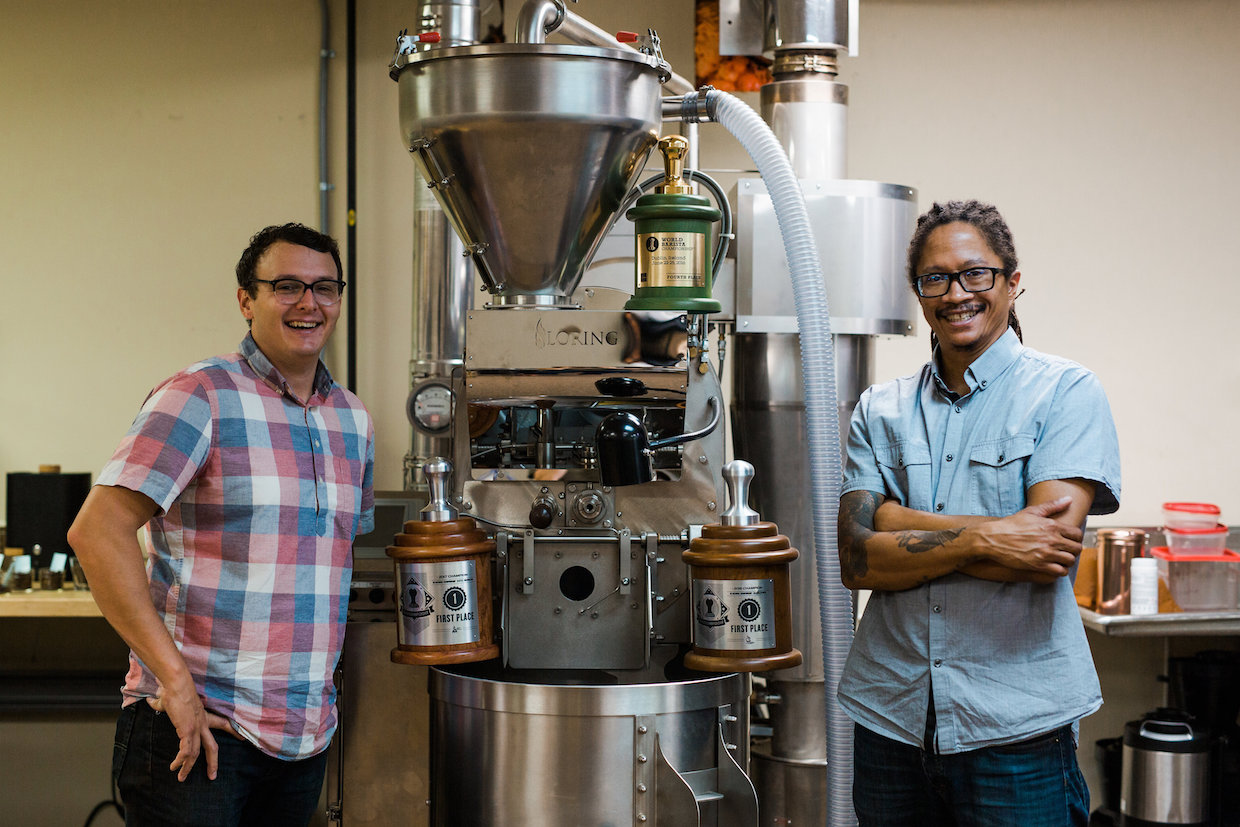 Ramage and Butler are the two most recent US Barista Champions. Photo by Jenn Hall Photography.

Ramage runs through his competition routine whenever time permits and said that it’s nice to have a dedicated space for that set aside, although by and large the various facets of he and Butler’s new business venture have to take priority. At BACR’s Downtown Wake Forest café, located at 314 Brooks Street, Butler, whose focus is more on café operations side, has overseen installation of a La Marzocco Linea classic, Mahlkonig Peak and EK43 grinders, a Curtis batch brewer and Marco SP9 pourover system.

“As I departed Mahlkonig they gave me some pretty sweet deals,” said Ramage, who now finds himself more involved with green buying and roasting.

“Most of the stuff is done by committee. I physically do all the roasting but we do QC together. Some things we do together, some things we do pretty separately,” Ramage said of the partnership that allows freedom for each of the principals to pursue their own passions in coffee. “Lem and I are different people, and that works to our distinct advantage.” 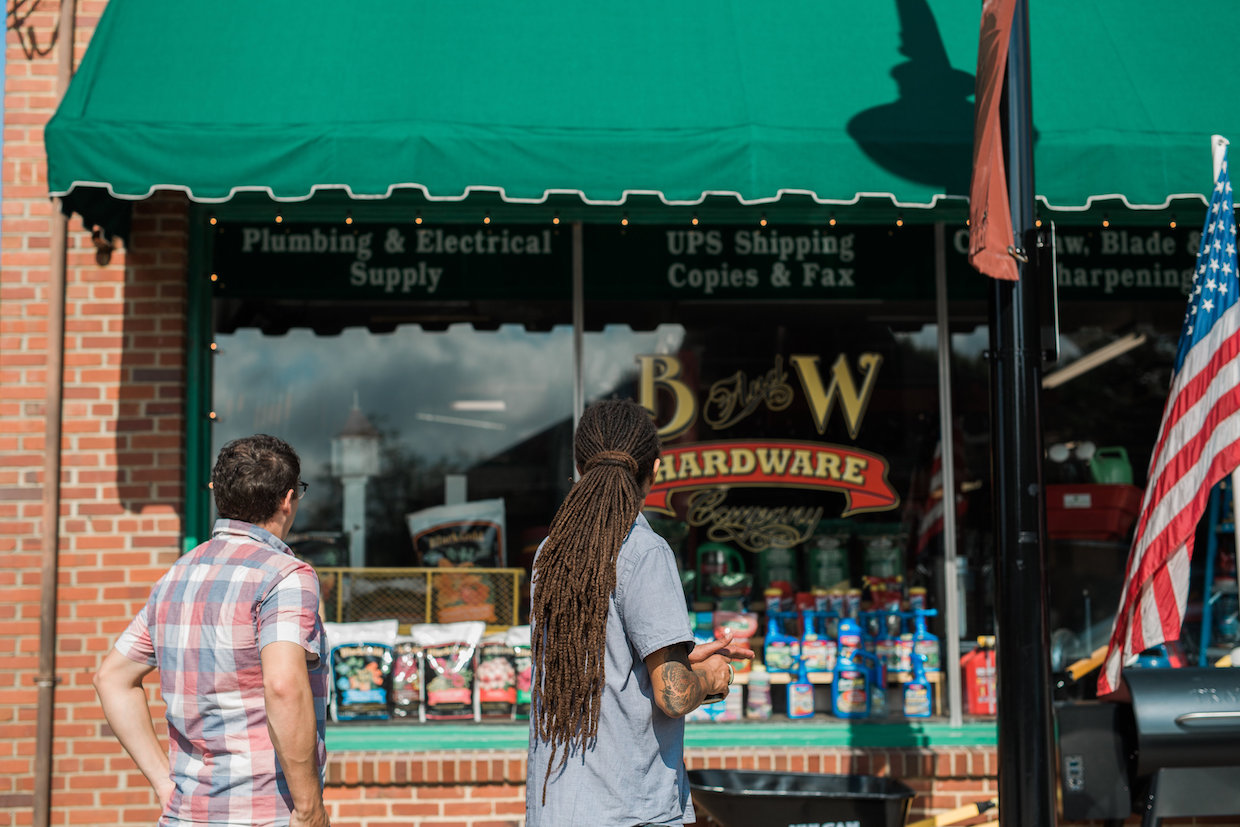 At the Loring, Ramage said that the goal is to turn out sweet, clean and balanced coffees that are easy to extract. “I don’t want you to have to have an EK43 to be able to drink our coffees,” said the former EK43 salesman. “People that are taking our coffee home probably don’t have café quality equipment.”

Ramage said that the selection of roasted beans will include some year-round items profiled with home-brewing in mind, while there will also be some lighter, brighter coffees on offer, and if need be, the shop is happy to grind beans for customers before they leave.

“We would rather grind them for you on our EK than you worry about trying to brew at home on your whirlybird grinder,” Ramage said. “We’re not too proud to grind a bag of coffee, because in my experience, I’ve had a much better coffee that was maybe ground a week ago or two weeks ago than grinding it fresh on a whirlybird.”

Ramage said the goal is simply to make it easier for people to enjoy great coffee, even while being the provider of that great coffee and attempting to prove oneself the best in the world at serving it is, of course, anything but easy. Currently, Ramage describes that company as being a sort of “hybridized brand” as Black and White-branded materials are introduced and existing signage, cups, and other branded materials are phased out. After that, Ramage said there will be concerted focus on building the wholesale roasting business.

As he is still ultimately a newcomer to roasting, Ramage said that for the WBC competition in November, he’ll continue to lean on the expertise at Counter Culture Coffee in roasting the Panamanian bean he and CCC Green Buyer Tim Hill personally selected, sorted and processed on the farm at origin — a lot so tiny and then so painstakingly refined that only about three pounds of dry green coffee came home, which they roast in 50-gram batches in an Ikawa sample roaster. 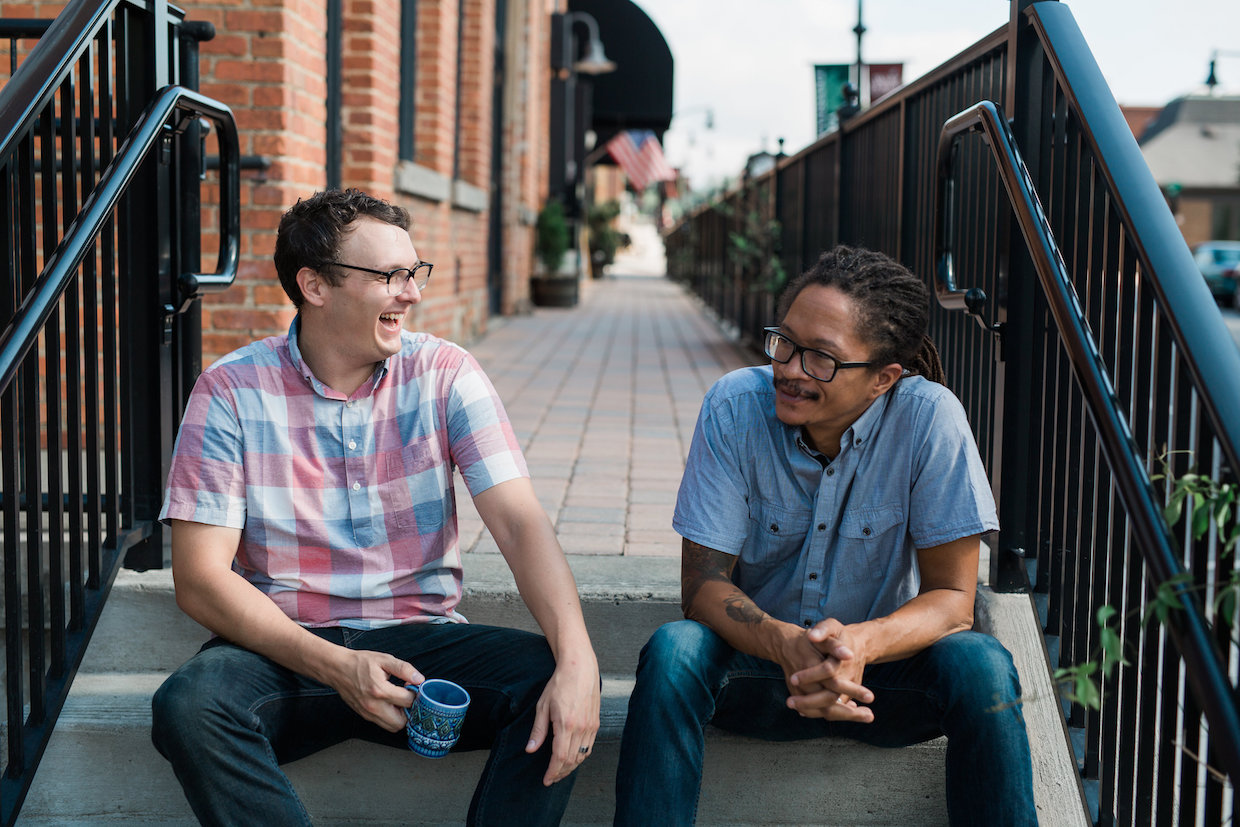 Meanwhile, the quality at a transforming Back Alley/Black and White is, if not literally ready for the World stage, still certainly humming right along. The company is currently selling six roasted coffees direct online. “Things are moving better than we thought,” said Ramage. “The coffee is tasting better than I ever dreamed [it] would this early in.”