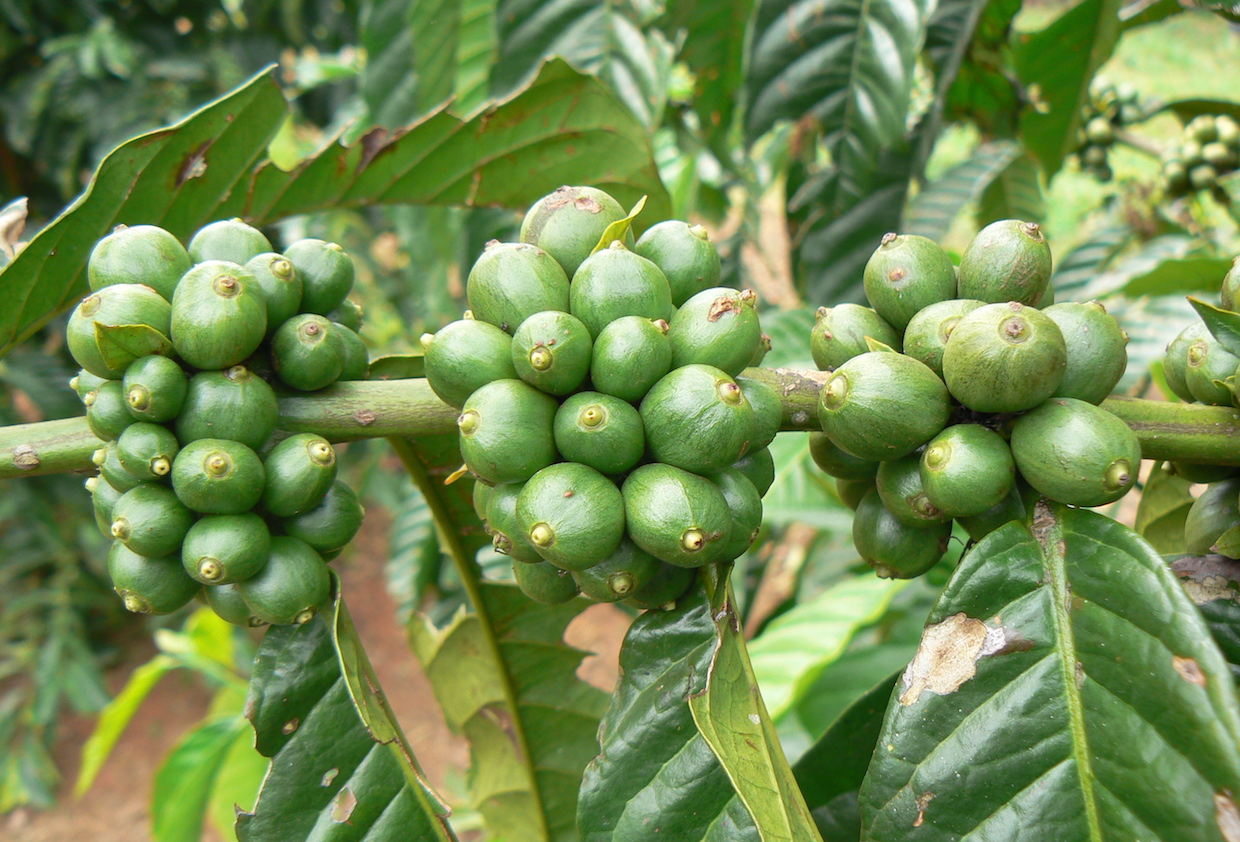 A robusta plant in Uganda.

For a period of 18 to 24 months, farmers will receive training in the field that is intended to be practical and participatory, covering such strategies as pruning and rejuvenation, fertilization optimization in relation to soil conditions, integrated pest management, and basic business and farm management training.

“We believe such an approach offers substantial productivity and sustainability benefits for relatively low investment in terms of time and money for smallholder farmers,” Benckiser Stiftung Zukunft said in an announcement of the initiative. “It thus provides a cost-efficient way to improve smallholder income and wellbeing, and also allows to reach a large number of farmers in a relatively short amount of time.”

Benckiser Stiftung Zukunft has specialized in partnering with nonprofits for social impact bonds, in which repayment to investors is typically contingent upon specified social outcomes. The group’s coffee-focused division is called Par, and its stated goal is to alleviate poverty among all coffee farmers.

Previous programs under the Par umbrella have included a fact-finding mission with Enveritas create a reliable overview of the number of smallholder coffee farmers and their poverty levels in key coffee-growing countries, as well as a cash-transfer program with the US nonprofit GiveDirectly to support 3,400 households in a Uganda coffee-growing region.

For their involvement in the four-year Uganda project — which is not associated with a social impact bond — HRNS and Technoserve are supported by grants, according to a Benckiser Stiftung Zukunft spokesperson. The project will also incorporate a “randomized controlled trial” (RCT) to asses the program’s success. A team of researchers led by Harvard University’s Michael Kremer and the International Food Policy Research Institute’s Vivian Hoffmann will conduct the assessment.

“This will provide a robust, independent assessment of the success of our program,” Benckiser Stiftung Zukunft said in a program announcement. “And it will provide an important contribution to the ongoing debate in the coffee sector which interventions are the most effective and the most efficient in addressing smallholder well-being.”

(Editor’s note: This story has been updated to clarify that US nonprofit GiveDirectly was the partner in the cash-transfer project, and that the new Uganda program is not funded by a social impact bonds.)