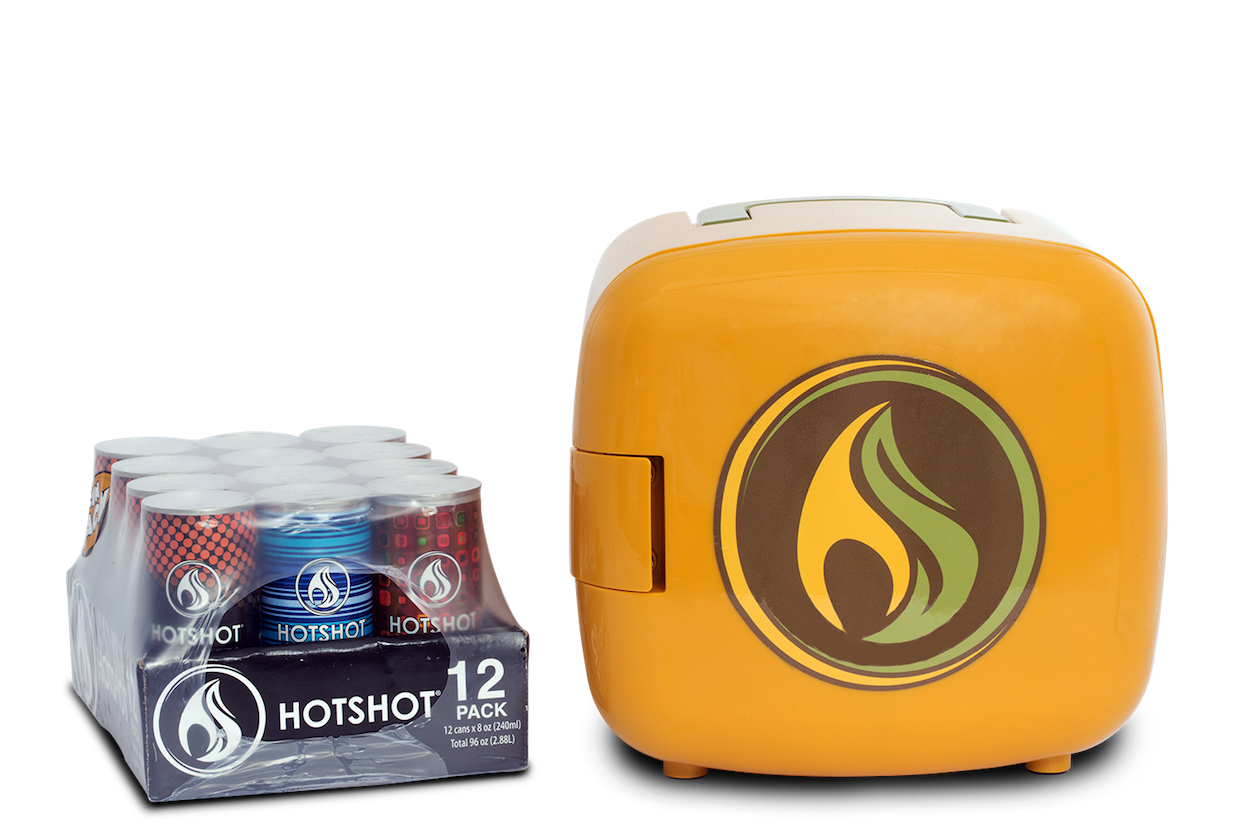 As a scores of cold RTD coffee products have appeared on the refrigerated shelves of stores and cafes across the United States, one company has seen fit to capitalize on both the RTD trend and the enduring preference among many coffee consumers for hot coffee.

Borrowing a longstanding Japanese product model but with a few tweaks and upgrades for the U.S. market, Hotshot Coffee has launched with a line of three hot coffee products that are also shelf-stable, and packaged and consumed in an aluminum can.

According to Hotshot, comparable models for hot coffee in Japan have combined to create an approximately $14 billion a year market. Hotshot builds upon the idea by incorporating an insulated label, which cuts the surface temperature by about 50 percent, according the company. The coffee flavor profile and additional flavors in the HotShot line are also geared toward the American audience.

The rim at which one’s lips touch the can is cooled by the rush of air upon popping the can open, while the can’s contents are kept at an ideal 140F around the clock through storage in an accompanying “Hotbox” — a small hot fridge, of sorts, with a handle for easy transport that heats cans conductively and keeps a maximum of nine cans hot and “fresh” for up to two months. Hotshot Coffee claims cans stored at room temperature maintain a shelf life of one year. From room temperature, Hotshot says the can can is heated to temp in about 90 minutes. 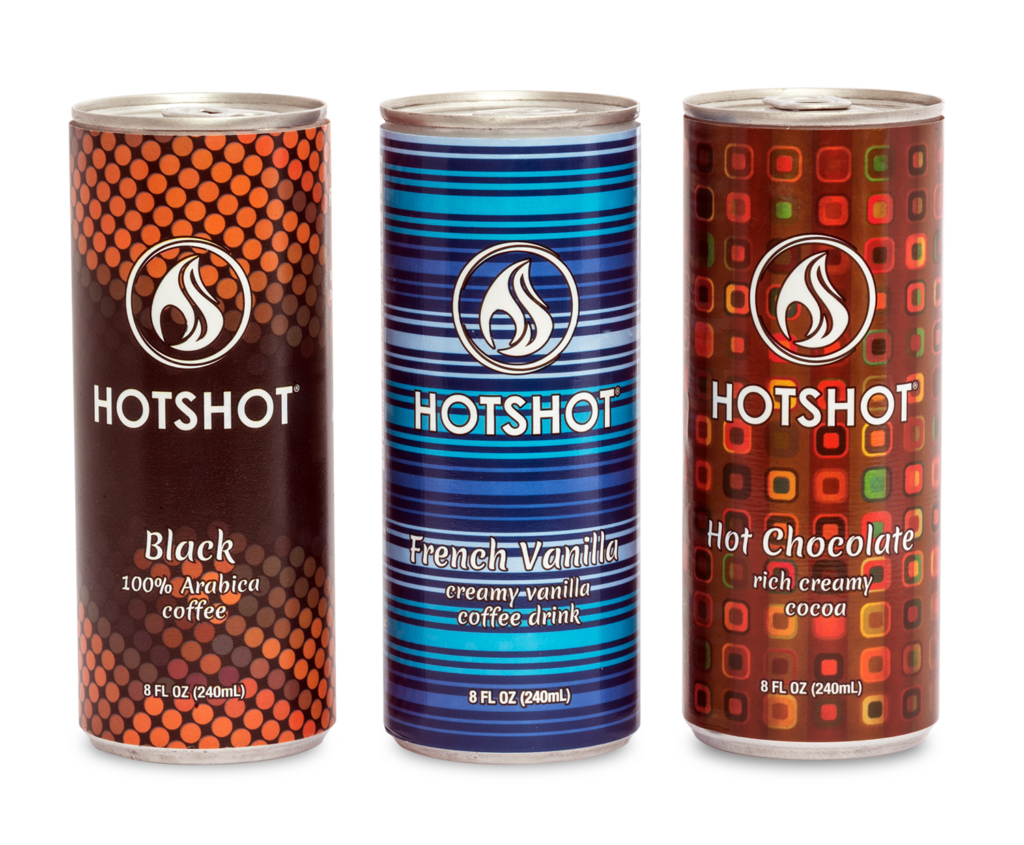 The New York-based company’s founder, Danny Grossfeld, originally took his case to Kickstarter, launching a campaign in March of 2015 that ultimately fell short of its goal. The campaign did at least provide some valuable visibility to the project, leading to an opportunity to pitch the fully realized line of three flavors plus the Hotbox system to the movers and shakers on the competitive ABC reality TV show Shark Tank in October of 2015. This, too, failed to result in immediate takers. Nevertheless, deep-pocketed viewers pursued the investment opportunity after the show aired, resulting in an official launch earlier this fall.

The coffee, according to the company, is 100-percent Arabica that is packaged in Mexico. The baseline coffee beverage is a brewed concentrate that is mixed with water and other ingredients. The “Black” version contains coffee (water, coffee concentrate), coffee solids, and natural flavors. Current flavored offerings include French Vanilla and Hot Chocolate, both of which incorporate dairy, sweeteners, additives and preservatives. Planned future additions to the line include a Cappuccino flavor and non-coffee drinks such as Green Tea, Apple Cider, a Banana Crème protein shake and more.

Currently the 8-ounce cans of Hotshot are sold online in 12-packs of individual flavors or combined “fun packs” for $35. Hotboxes are also sold online for $79.99. A Starter Kit that includes a Hotbox and a 12-pack is available for $99.99, while subscription programs for ongoing 12-pack or larger deliveries are also available.

Stupid. Asia has been doing this for decades. Saw it in Japan years ago…
Buuuut, why not, because capitalism. Right??

Wow! So much wrong with this whole idea. “hot and fresh” up to two month. Shelf life of one year. An hour and a half to heat up. Packaged in Mexico.(what could go wrong?) “additives and preservatives”. $35.00 12 pack. $99.00 started kit. And all in aluminum cans! This can’t be real. Yikes!!

Do you have wholesale price for the hotshot canned hot coffee we saw in shark tank episode? We would like to open a coffee shop