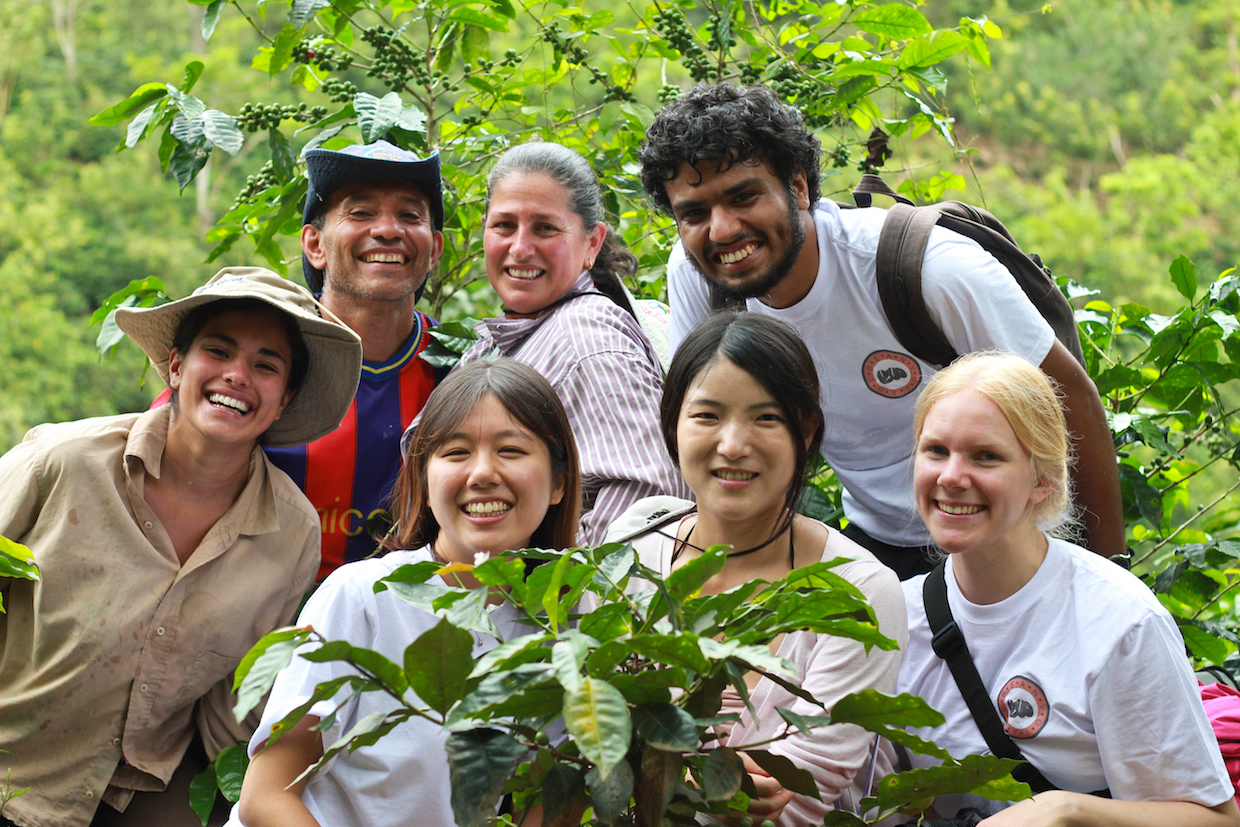 The Bean Voyage team at a coffee farm in Costa Rica. All photos courtesy of Bean Voyage.

A young social enterprise nonprofit called Bean Voyage is seeking to dramatically increase the incomes of women farmers by cutting middlemen from the supply chain, improving quality and leveraging an e-commerce platform for sales in key consumer markets.

The “proof of concept” for the market access model, which involved two women coffee farmers in the Los Santos region of Costa Rica, proved so compelling to the organizers of a new social entrepreneurship award created by Facebook and One Young World that it earned Bean Voyage the top prize this week. The award gives the startup $55,000 in Facebook marketing credit and mentorship from Facebook Vice President for Global Marketing Solutions Carolyn Everson. 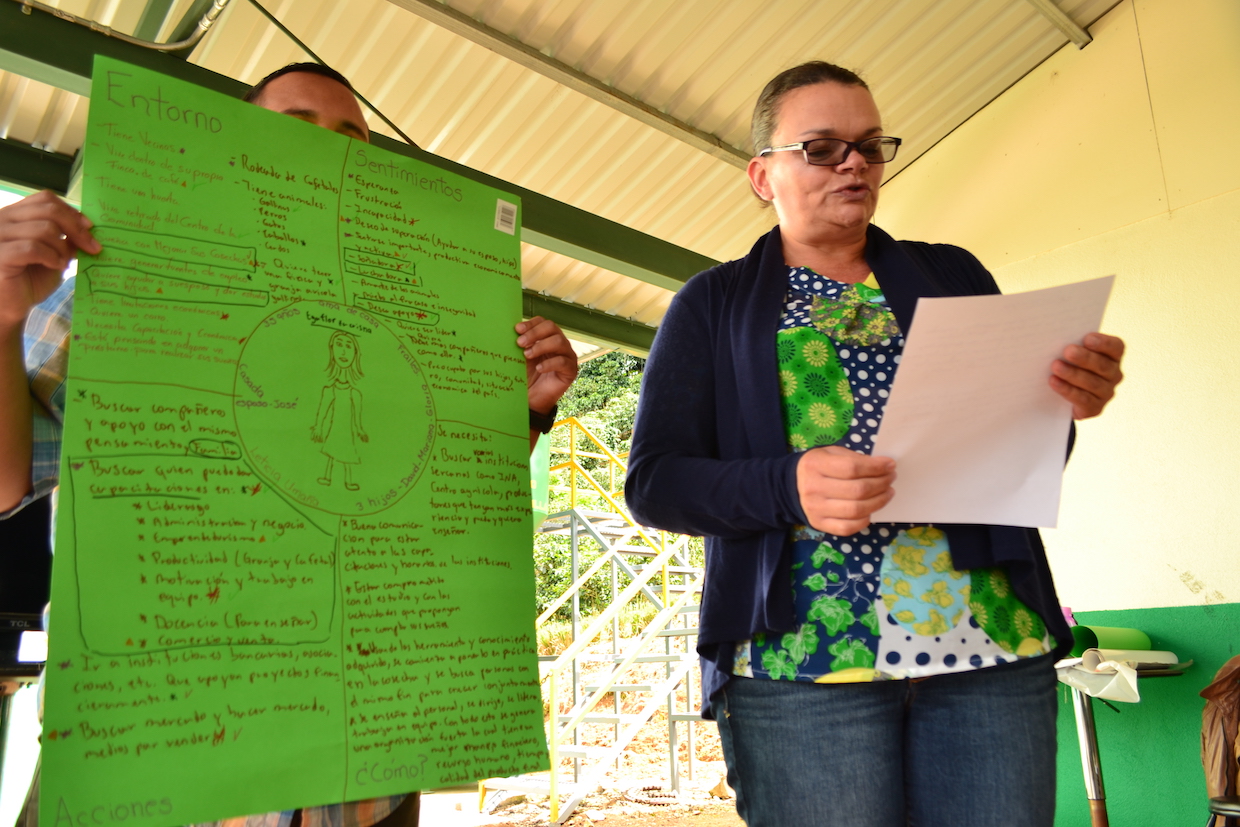 Bean Voyage now plans to expand its program and commerce platform into additional farming communities in Costa Rica and Guatemala throughout 2018, giving more women farmers control of their coffee’s journey directly to consumers, with the greater goal of dramatically increasing farmers’ incomes several times over.

Bean Voyage is led by founders Sunghee Tark and Abhinav Khanal, who first got acquainted with the Costa Rican coffee sector during a 2014 trip to the Perez Zeledon region through Indiana’s Earlham College during the harvest season.

“We were organizing workshops for local women’s associations in the region and had the opportunity to learn about coffee as we were there during December, harvest season, and were speaking to women who were doing a lot of work in their farms,” Khanal told Daily Coffee News. “This inspired us to research into the issue of gender within the coffee industry and led us to travel back to Costa Rica two times before we officially launched.” 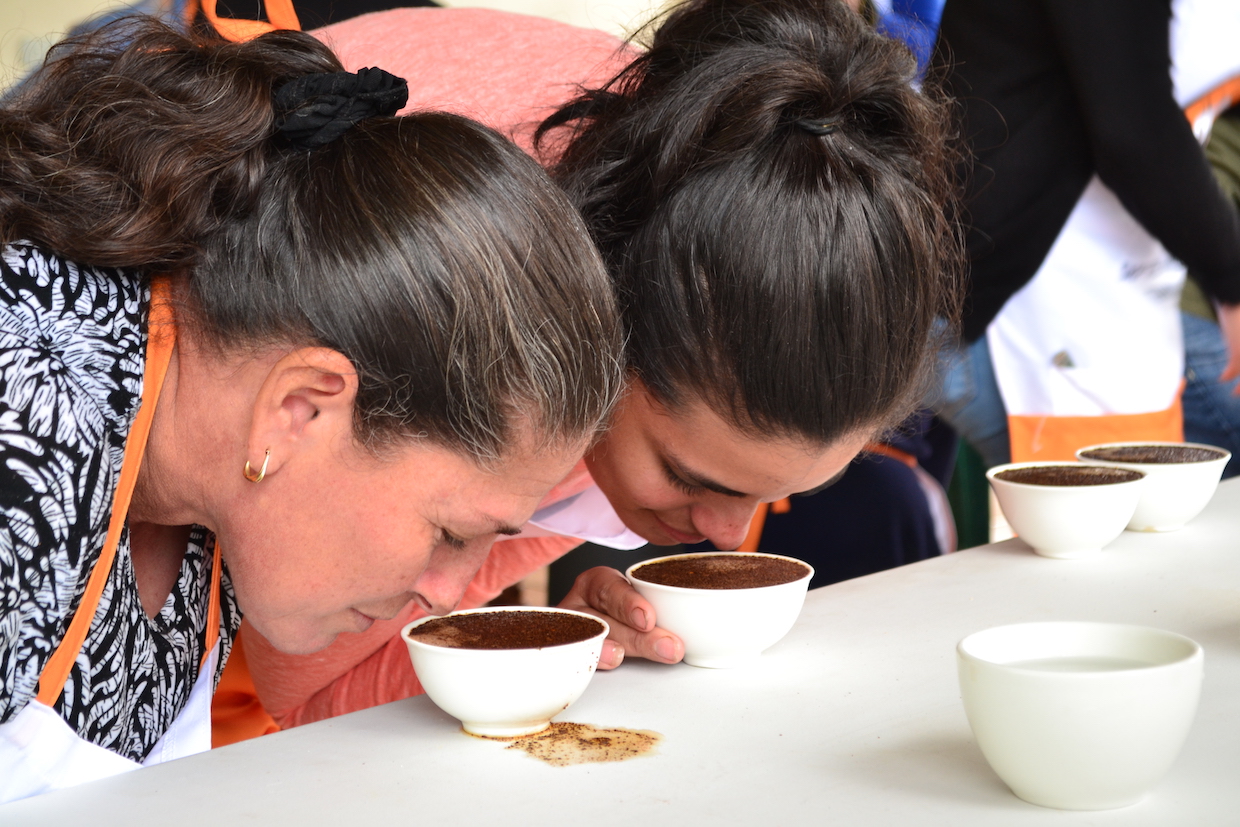 In a nutshell, the concept involves identifying and removing barriers to quality among partner farmers, then giving farmers control over processing and roasting of coffees that they would otherwise sell in unprocessed cherry form to local buyers. Khanal told Daily Coffee News that farmers are trained to roast and cup their own coffees, while a program partner who also happens to be a licensed Q grader oversees processing and roasting at a central facility in Los Santos.

Farmers are trained and responsible for filing their own paperwork for exporting. From there, Bean Voyage facilitates the import to traditional consumer markets — currently coffee is shipped to the United States and Germany — where the company manages inventory and shipping direct to U.S. consumers.

Sales are made possible through an attractive and easy-to-use e-commerce platform that gives consumers a wealth of information about the farmers and their coffees, further reinforcing the “direct trade” concept. 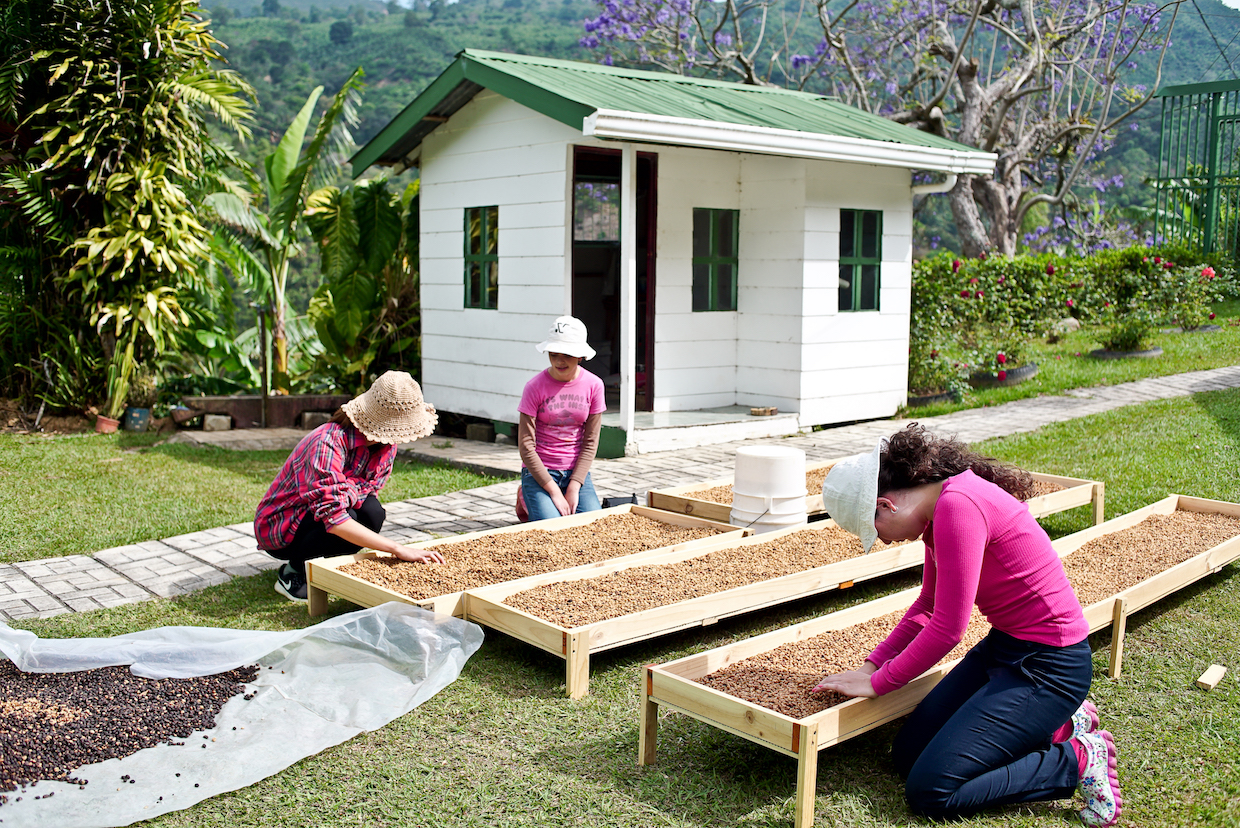 “Our ideal consumers are individuals and institutions that seek greater transparency and connection with their consumption of coffee,” Khanal said, adding that each 8- or 12-ounce bag of BV-branded coffee is accompanied by a story card that shares detailed information on the specific coffee, the woman who produced it, and her farm.

Subscribers receive regular updates on progress and innovations at the farm, as well as on what challenges it may be facing. Said Khanal, “This creates a really powerful connection between the producers and consumers — and allows the consumers to support the farmers during harsher conditions.”

Khanal said that the model has so far resulted in an approximately 300 percent price increase for participating farmers over what they would be paid by the local green coffee market. Such money, he said, has “transformed” the lives of the women farmers. (Coffee’s long history of gender inequity at the farm level has been well documented, with women typically doing a majority of the work for far less of the financial reward.) 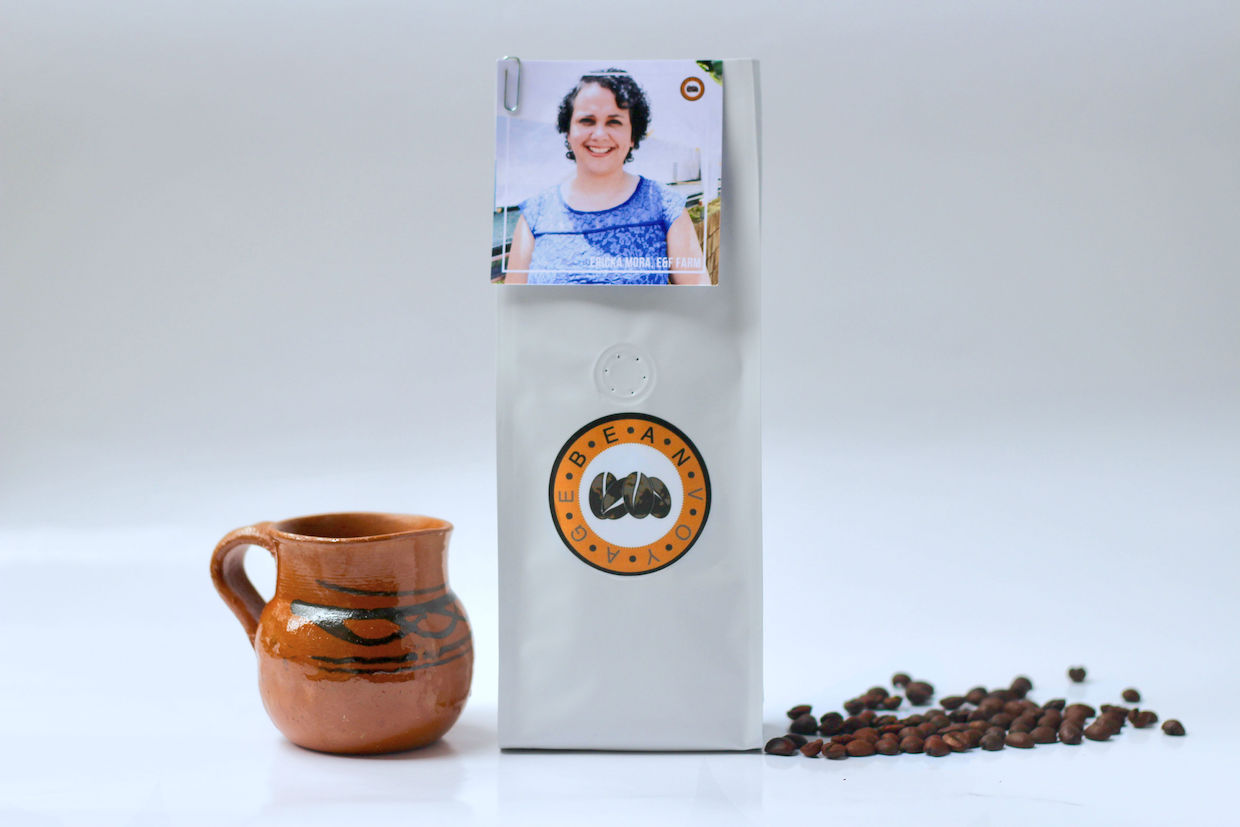 Along with the proven results from the program thus far, One Young World cited BV’s positive approach toward intersectionality in giving the group the hefty entrepreneurship award.

“The high price of specialty coffee in the market is not reflected in the income earned by smallholder farmers as they earn less than 10 percent of final retail price even though they do 80 percent of the work in producing the coffee cherries,” One Young World said in the winners announcement. “In addition, women farmers contribute 70-80 percent of the work in coffee production but earn 39 percent less income than their male counterparts, which then restricts them from further expanding their farms or spending towards the educational, healthcare and sanitary needs of their families.”

With the prize award and a healthy dose of validation through beating out dozens of other worthy social entrepreneur up-and-comers, Bean Voyage intends to apply and adapt the model with new farmers and farms beginning this year. 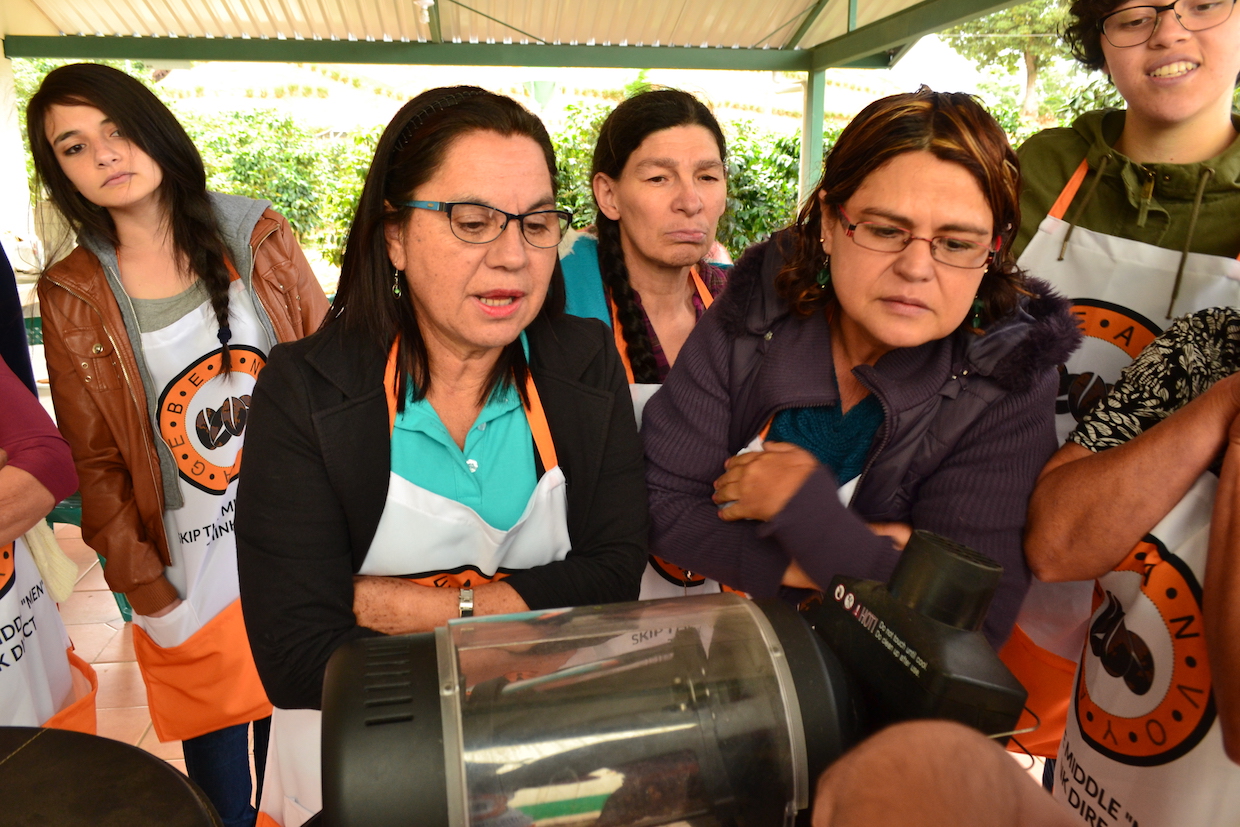 “We plan to expand our program in the southern part of Costa Rica (Perez Zeledon) and in Guatemala,” Khanal said. “We’re currently working together with the International Women’s Coffee Alliance to make this expansion happen so that we can work with farmers that are already part of the IWCA network. That reduces the time and resources required to find new communities.”