Birds Are Good with Robusta or Arabica, As Long As There Are Trees 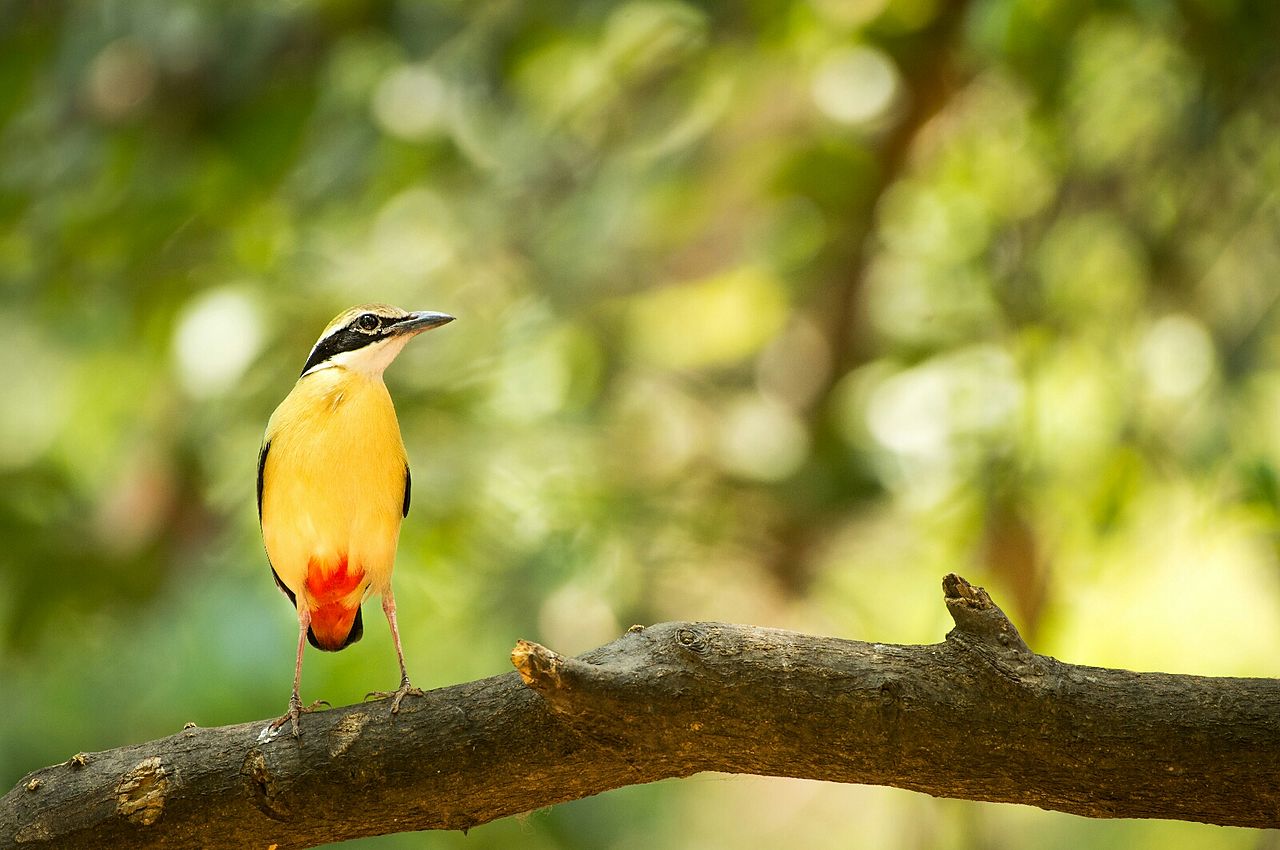 Pitta brachyura in the Western Ghats. Photo by the Sathyamangalam Wildlife Sanctuary. Licensed by CC-BY-SA-4.0

While the prevailing choice among discerning coffee drinkers is for arabica over robusta, birds seem equally fine with either, so long as adequate canopy cover is in place and pesticides are kept to a minimum.

A new study published in the journal Scientific Reports explored how birds respond to changing habitats involving coffee, particularly those transitioning from arabica to robusta.

Researchers from the United States surveyed more than 344 coffee farmers in the Indian coffeelands of the Western Ghats, a mountain range that runs along the western coast of the Indian peninsula. The selected farmers included 113 arabica growers, 135 robusta growers and 96 growers of both species.

According to the authors, one reason for the study is that many coffee farmers in the region are transitioning from the higher-quality but more fickle arabica species to the higher-yielding and more resilient robusta species.

After examining the differences between arabica and robusta management practices and how they relate to the agroforested landscapes of the farms, researchers found only that some birds tended to favor arabica habitats, yet that total populations and bird preferences remained approximately equivalent between the two coffee species. More important to bird communities were total canopy cover and the use of pesticides, the latter being generally higher in the arabica farms surveyed, leading to reduced avian diversity.

“Farming practices, chiefly pesticide use, may affect the suitability of coffee agroforests as habitat for avian specialists, and at present, robusta farmers tended to use less pesticide,” the authors wrote. “Given future projections for arabica to robusta conversion in tropical Asia, our study indicates that certification efforts should prioritize maintaining native canopy shade trees and forest cover to ensure that coffee landscapes can continue providing biodiversity benefits.”

According to some analysts, providing and protecting shade cover ought not to be merely a measure to protect biodiversity, it’s also imperative in ensuring the future of coffee itself. And while the scientific community has continued to pin down what may be good for birds, what about what’s good for farmers?

The last paragraph is particularly profound. But, as stated, there is evidence to suggest that well managed shade (especially in more marginal coffee growing regions) would benefit both biodiversity and farmers. Particularly as climate change continues to threaten productivity, meaning temperature control and water retention measures are becoming increasingly necessary for many farmers.

It would also be useful to look beyond only the coffee producing land, and to the wider landscape. Local deforestation has been shown to exacerbate micro-climatic issues for coffee producers, and I am sure it’s not good for the birds either! In my opinion, what is needed is more data collection so that we can actually quantify the impact of these threats and put in place the correct solutions to make production more resilient.