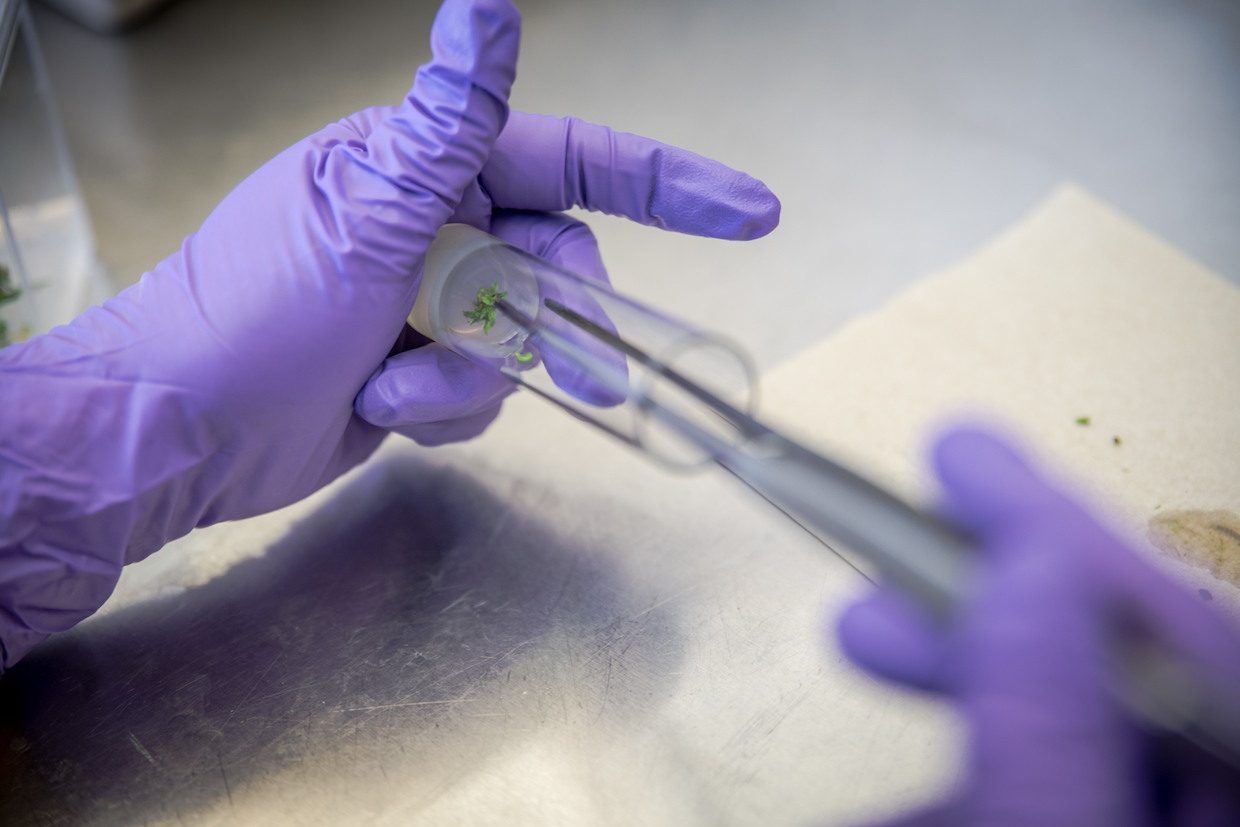 Frinj Coffee, which hopes to make California a viable origin region for commercially produced specialty coffee, is turning to a cannabis-focused bio-tech company for plant development.

Frinj and Colorado-based Front Range Biosciences (FRB) have signed a letter of intent for a production agreement that will provide Frinj with more than 3 million coffee root cuttings between 2018 and 2022, the companies announced today. 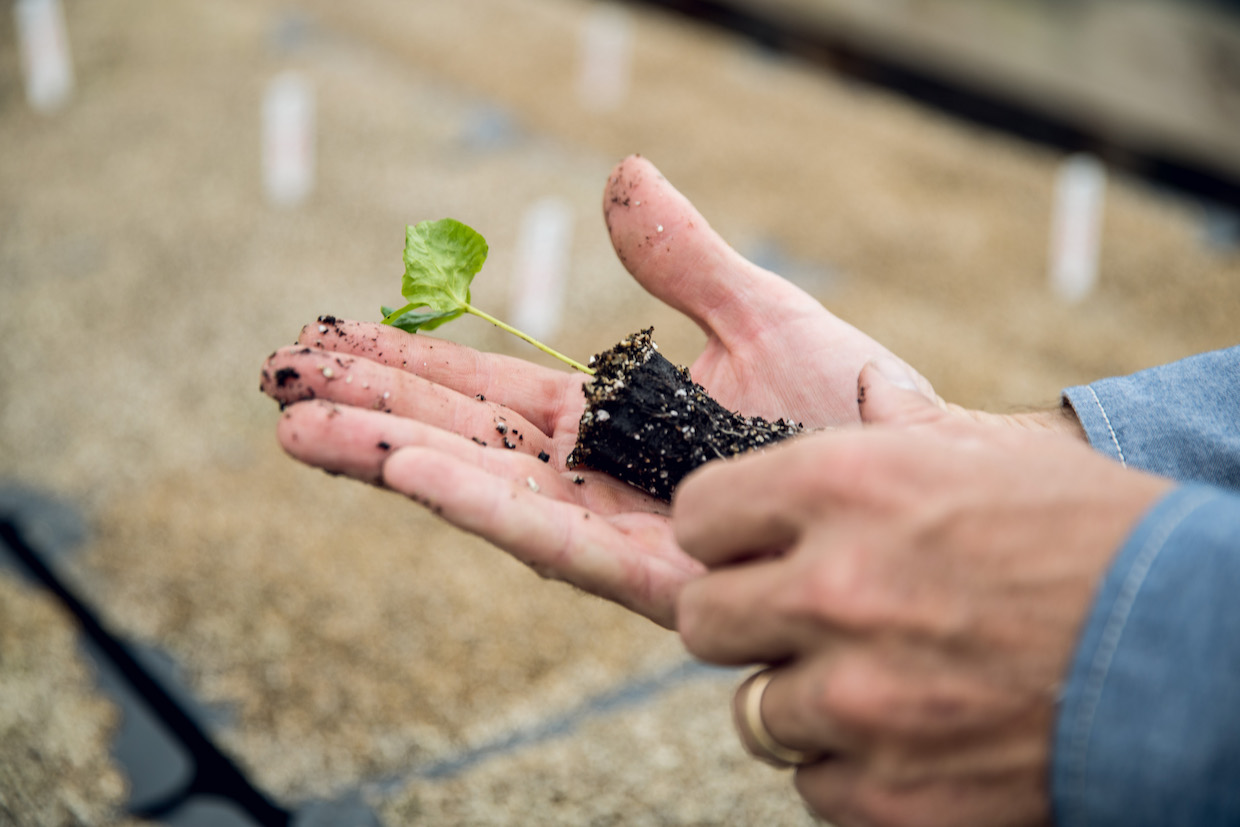 FRB has its own roots in the cannabis industry, where it applies its in-house Clean Stock certification program for plant tissue propagation to guarantee to producers that each individual plant arrives at the farm disease-free, pesticide-free and consistent. 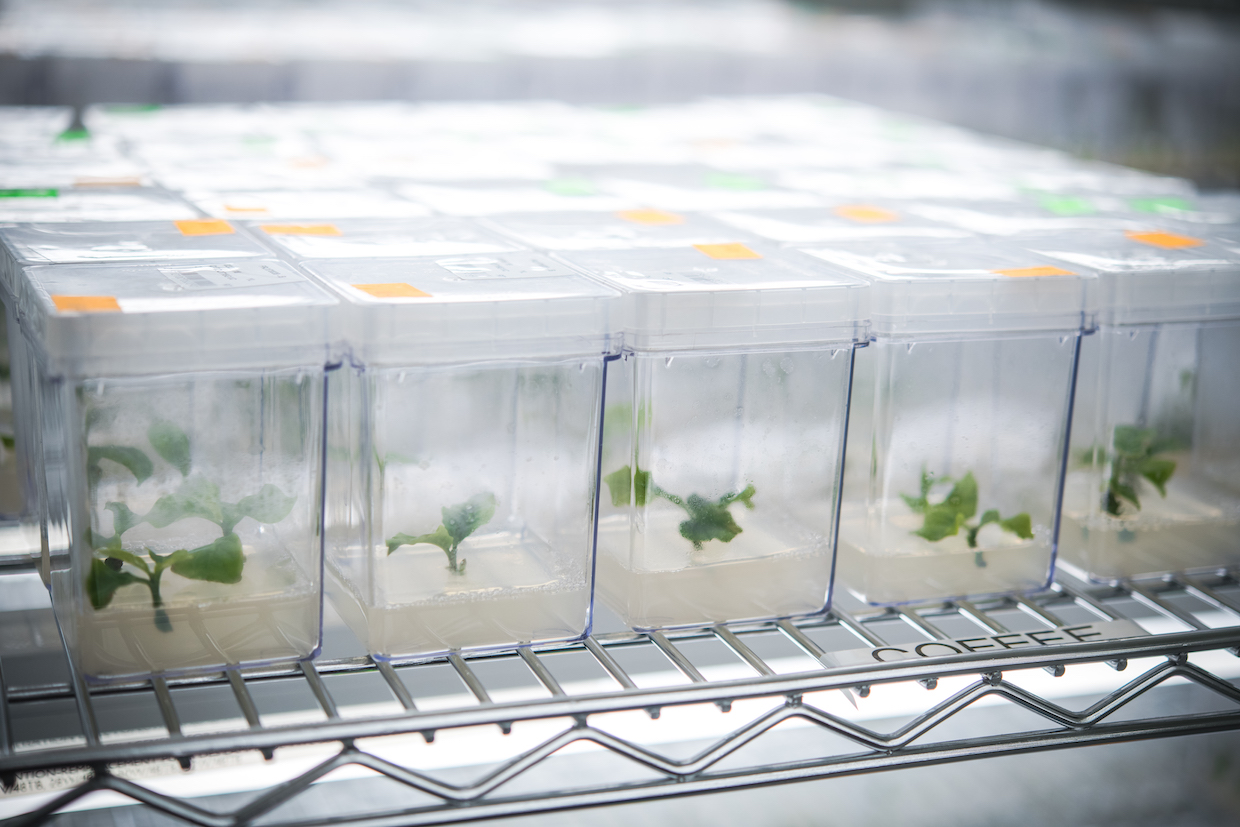 Frinj grew out of Jay Ruskey’s Good Land Organics farm company, where coffee has been grown alongside other non-traditionally U.S.-grown commercial agricultural products — primarily tropical fruits — since as far back as 2002. Ruskey expanded the coffee operation and rebranded it as Frinj Coffee last year. The company now has a network of some two dozen partner farms to which it supplies coffee plants, according to Frinj. 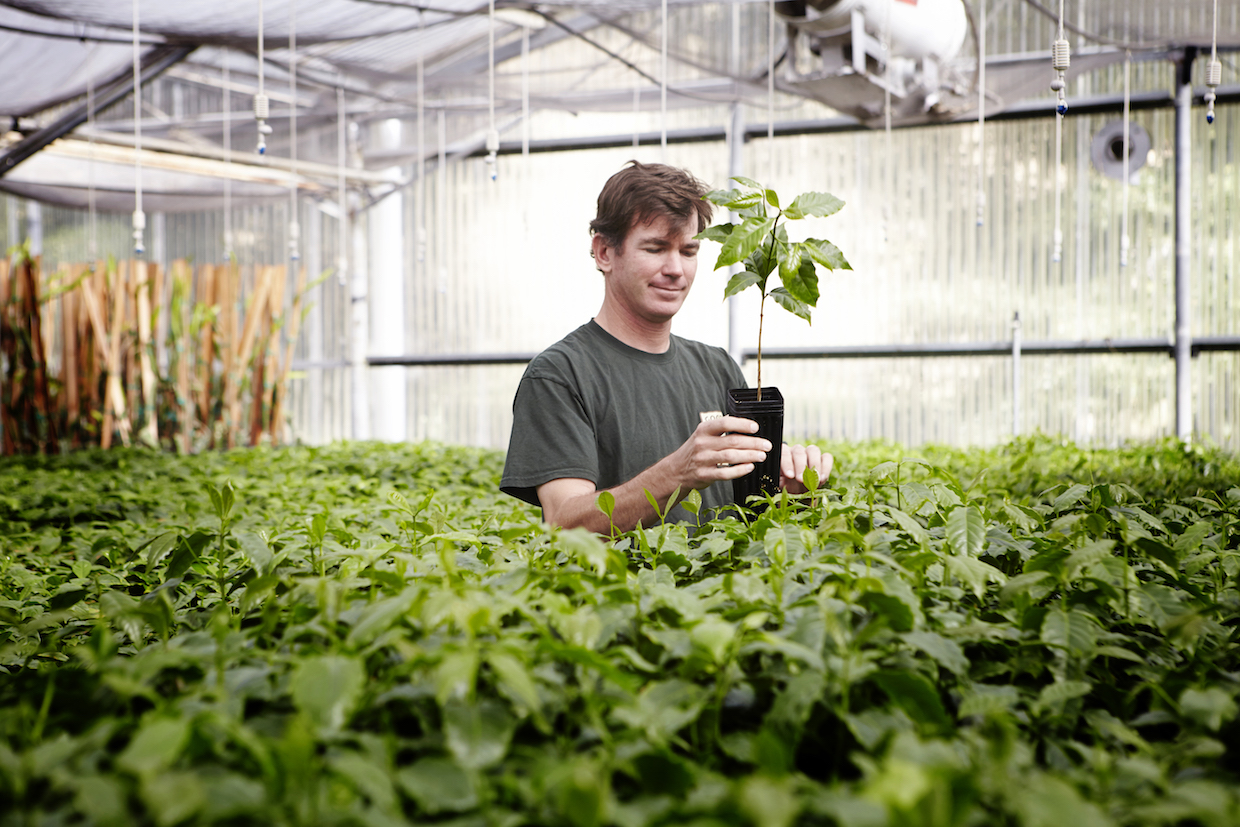 Many a head in the coffee world was turned last year when Bay Area roaster/retailer Blue Bottle Coffee released the first California-grown coffee, produced by Frinj, to the mass market, with 3.52-ounce tins of a Gesha and Caturra blend selling for $65. 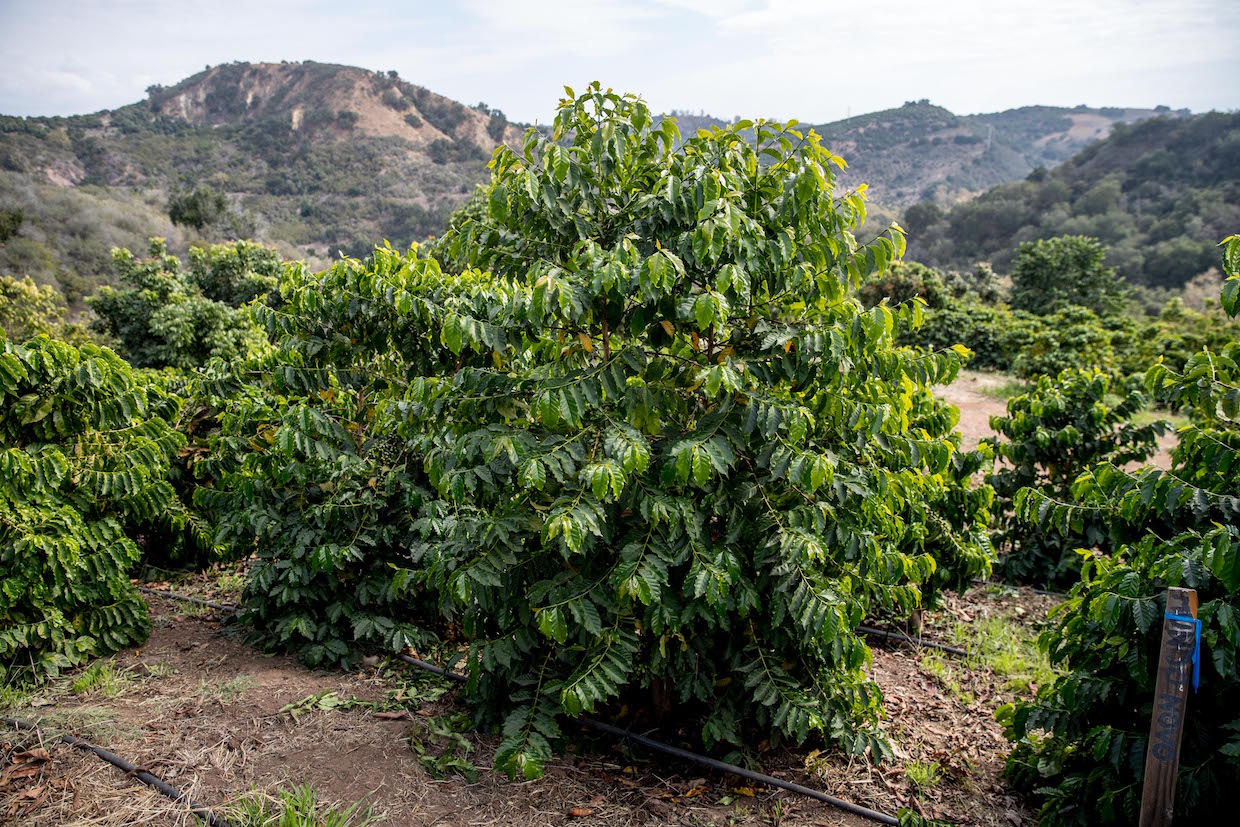 “California’s coffee industry is gaining ground and we are proud to be at the forefront of the charge. Traditionally, American coffee production has taken place in Hawaii, but California farmers have taken an increasing interest in the crop after realizing the sub-tropical plants can thrive in the state,” Ruskey said in an announcement of the partnership with FRB. “We are excited to work with Front Range Bioscience to build a Clean Stock program for our traditional and proprietary coffee cultivars, while generating high quality plants for our network of growers.” 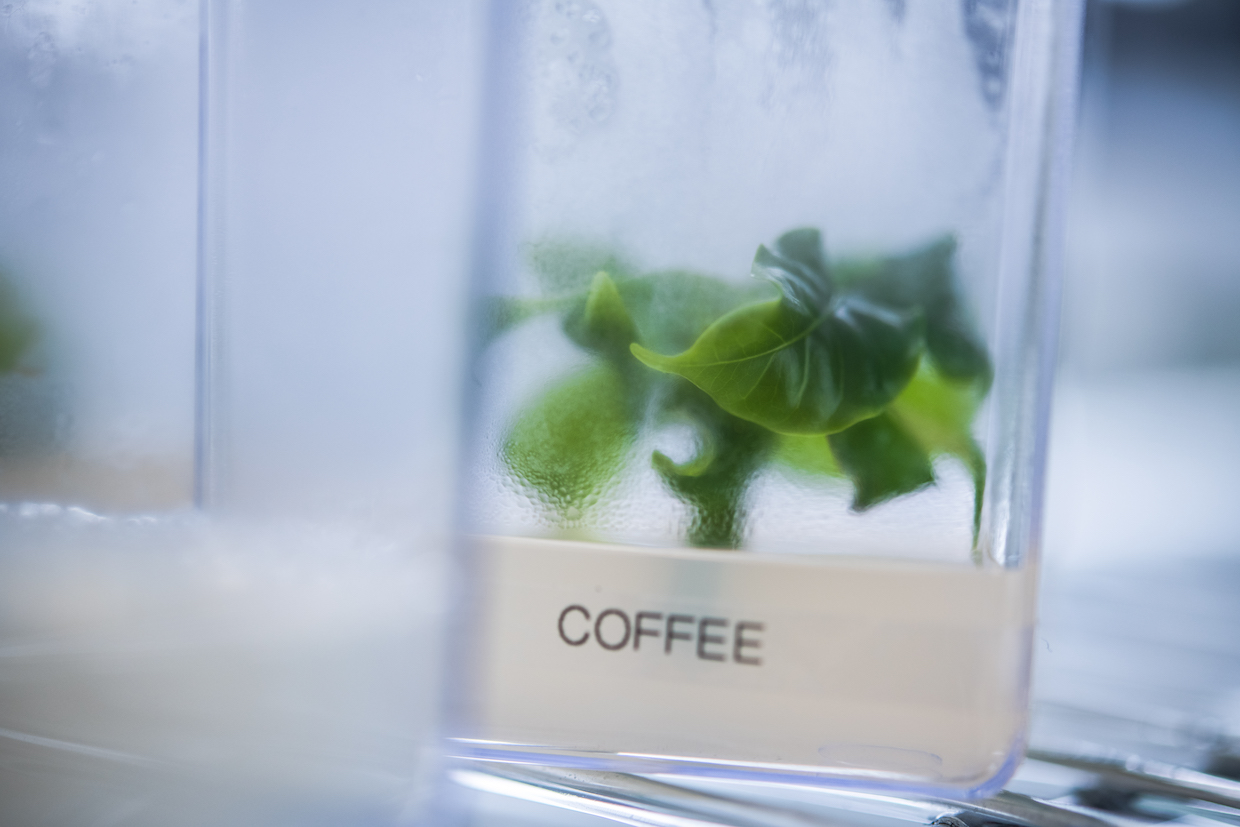