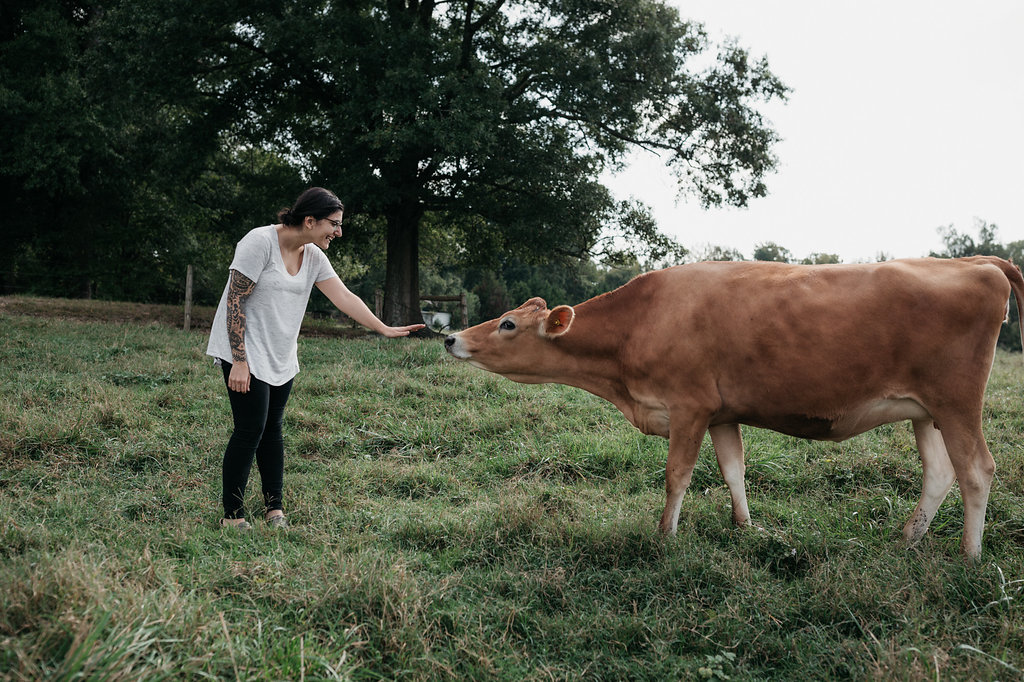 As the co-founder of the POUR Coffee Festival and the founder and lead organizer of the Charlotte Coffee Collective, Diana Mnatsakanyan-Sapp has been heavily steeped in coffee outside of her already busy role as director of operations for Undercurrent Coffee in Charlotte, North Carolina.

The POUR Coffee Festival, held on March 3rd, was Charlotte’s first specialty coffee festival. Mnatsakanyan-Sapp and co-founder Matt Dudley wanted to create a platform to celebrate and elevate specialty coffee culture in their region, and introduce specialty coffee professionals to the coffee-consuming public in the city.

“I believe that a rising tide lifts all boats, and I hope that events like POUR can contribute to the health and growth of our coffee community,” Mnatsakanyan-Sapp told Daily Coffee News. “We wish to help create a more informed, engaged and enthusiastic consumer base for coffee professionals in the Carolinas.”

She also hopes to use the platforms she has created to help amplify voices and share perspectives that might not otherwise have a platform. Curating events with the Charlotte Coffee Collective like the Intersectionality Panel or ASL for Baristas workshop are examples of that effort.

“The big vision is to see a more diverse and empowered coffee community, from the bottom up — more equitable opportunities, more intersections represented, and a breakdown of the systems that hold people down,” she said. “If I can contribute even a little to that kind of a positive change in specialty coffee, I will feel very accomplished, indeed.”

Mnatsakanyan-Sapp feels that she has become significantly more socially and politically aware since becoming a barista, attributing this to the diverse group of people that she’s met over the course of her coffee career.

“The national and global connections you can gain from working in the specialty coffee industry are unbelievable,” she said, “and it’s changed my life for the better.” 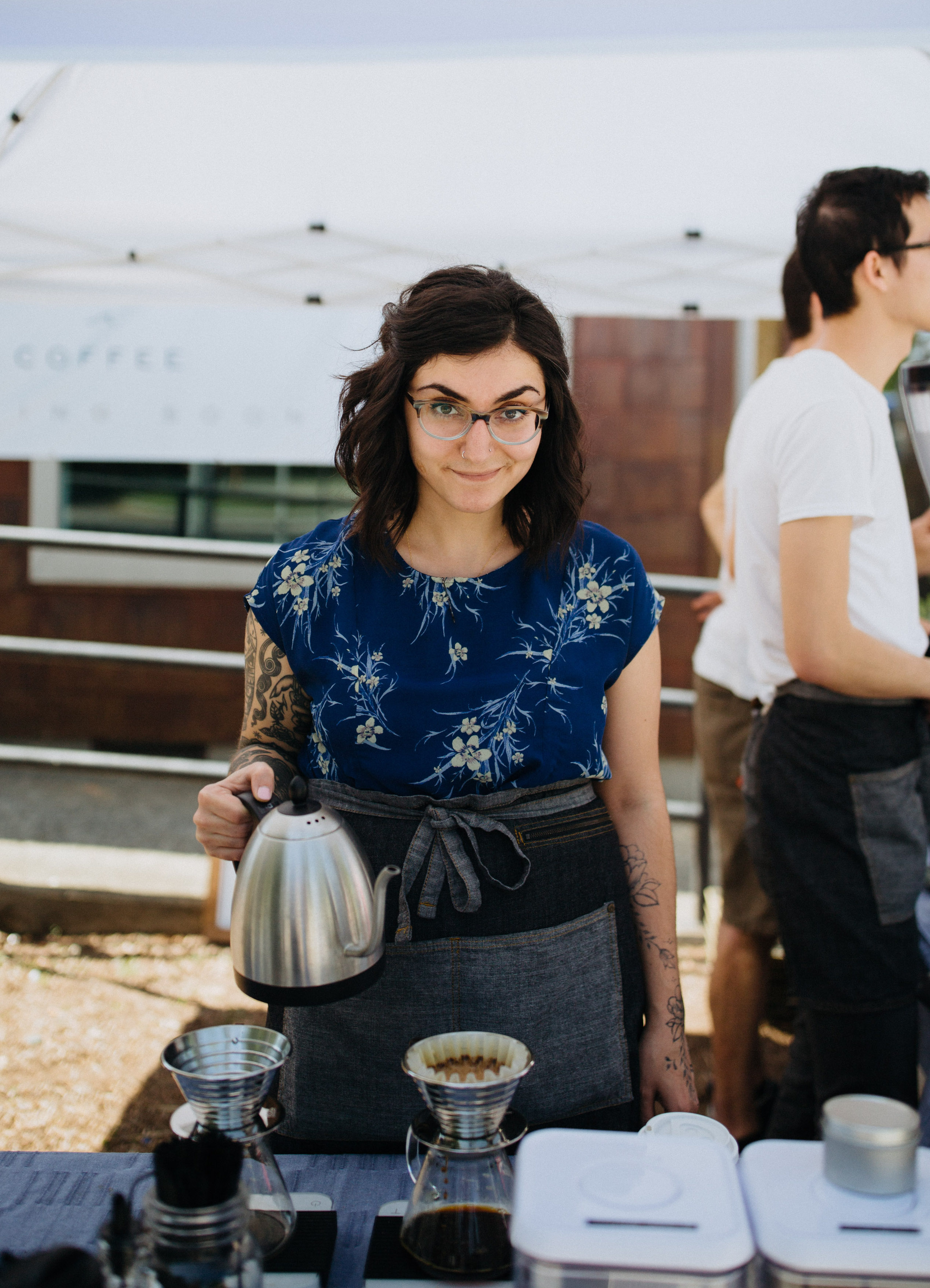 Undercurrent Coffee, where Mnatsakanyan-Sapp works as Director of Operations, has been in the works for almost two years now and is set to open to the public this summer. She has been involved from the beginning, when Undercurrent’s founders, Todd Huber and his wife Erin, brought her into the project approximately six months after they began dreaming it up.

Of her current role, Mnatsakanyan-Sapp said, “While not my official title, I’ve also taken on the role of co-creator — assisting in building the business and designing the cafe, creating the educational program, sourcing equipment and vendors, running our social media, and building the menus — alongside the Hubers.”

Mnatsakanyan-Sapp first became a barista in 2011, working at a very small, locally owned cafe inside a mall. She hopped around to a few other local coffee shops in Charlotte, eventually landing at Dilworth Coffee.

“It was there that I really fell in love with the craft of coffee, but also where I realized that there weren’t many opportunities for young coffee professionals in Charlotte,” she said.

That was followed by a year at the Daily Press, where Mnatsakanyan-Sapp was hired shortly before it opened in 2014, becoming one of the shop’s first employees.

“Working there gave me the space, time and the connections I needed to experiment, flex my nerdy coffee muscles, and learn more about specialty coffee,” she said. “My first day on the job was the first time I ever made a pour over! It was wild. I met a number of wonderful, inspiring coffee professionals there and being a part of that cafe certainly opened a lot of doors for me, both in my own mind and my coffee career.”

From there, Mnatsakanyan-Sapp moved on to become an independent coffee consultant while also working as assistant director of beverages for a five-location bakery/cafe concept in Charlotte called Amelie’s French Bakery. At Amelie’s, she trained more than 70 baristas while helping revamp the entire coffee program.

In 2015, she created a Facebook group for the Charlotte Coffee Collective, which has since grown into a forum of over 300 coffee professionals in and around Charlotte. They have monthly educational events, and work to connect coffee people to one another to further the growth of the local coffee community.

“Ultimately I want to help give young coffee people the opportunities and connections I didn’t have when I first began my coffee career,” Mnatsakanyan-Sapp said. “I think (I hope) we’re doing good things for coffee people in our city!”

It was in 2016 that she connected with Todd Huber at a latte art competition, and after seeing him around Amelie’s a few times, he told her that he wanted to open a cafe.

“He asked if I wanted to help, so I sent him a list of things I wanted to do if I were to open a coffee shop in Charlotte,” she said. “Much to my surprise/excitement, our visions of what constituted a ‘good’ cafe aligned, and the rest is history.” 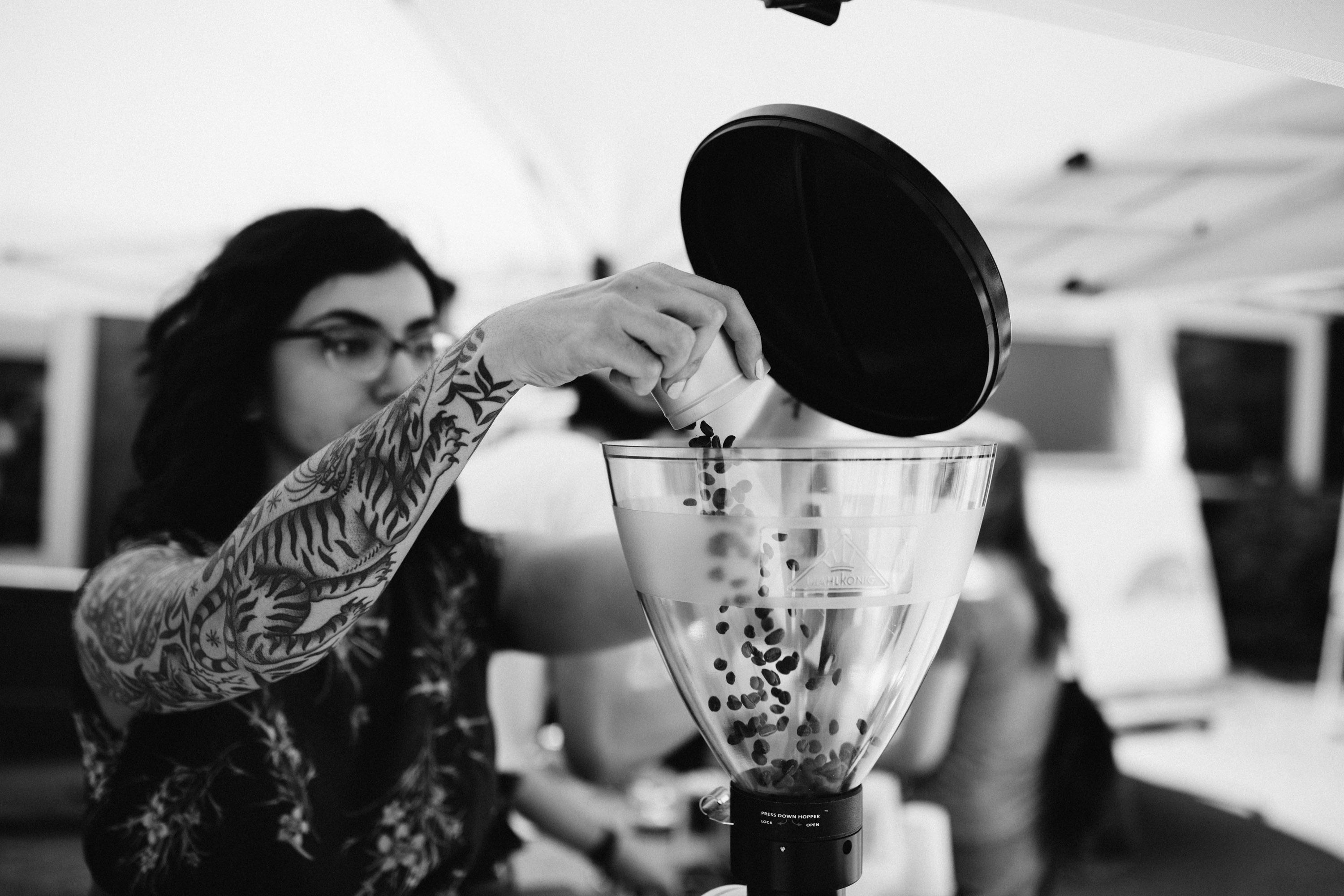 I find inspiration and motivation through the queer folks, women, trans folks and people of color that are coffee professionals who blaze trails and bust their asses to enact positive change in the specialty coffee industry.

I’m also very inspired by the sheer size and scope of the coffee industry. I recently heard a statistic that over 125 million people work in coffee, a number that humbles me to my core. It’s a privilege to stand at the far end of the coffee value chain, and to be the person representing the work of hundreds of people that have come before me. I hope I can do them justice.

That many people, particularly those who have a lot of privilege and ability to affect the industry on a wide scale, don’t bother listening to the many diverse voices in our industry. Or, if they do listen, they don’t take them seriously. Our industry prides itself on being progressive, but we still have such a long way to go before that really happens. I would love to see listening turn into hearing, hearing turn into action, and action turn into systemic, widespread change.

Dream scenario? I’d probably have a farm sanctuary for horses. I rode horses for a big chunk of my childhood, and for most of my young life I fantasized about being a professional equestrian and training/rehabbing horses. I still would love to do that someday! It’s just unreasonably expensive.