In Baltimore, Zeke’s Coffee is Roasting to Order with ‘Mad-Scientisty’ Fluid-Bed Setup 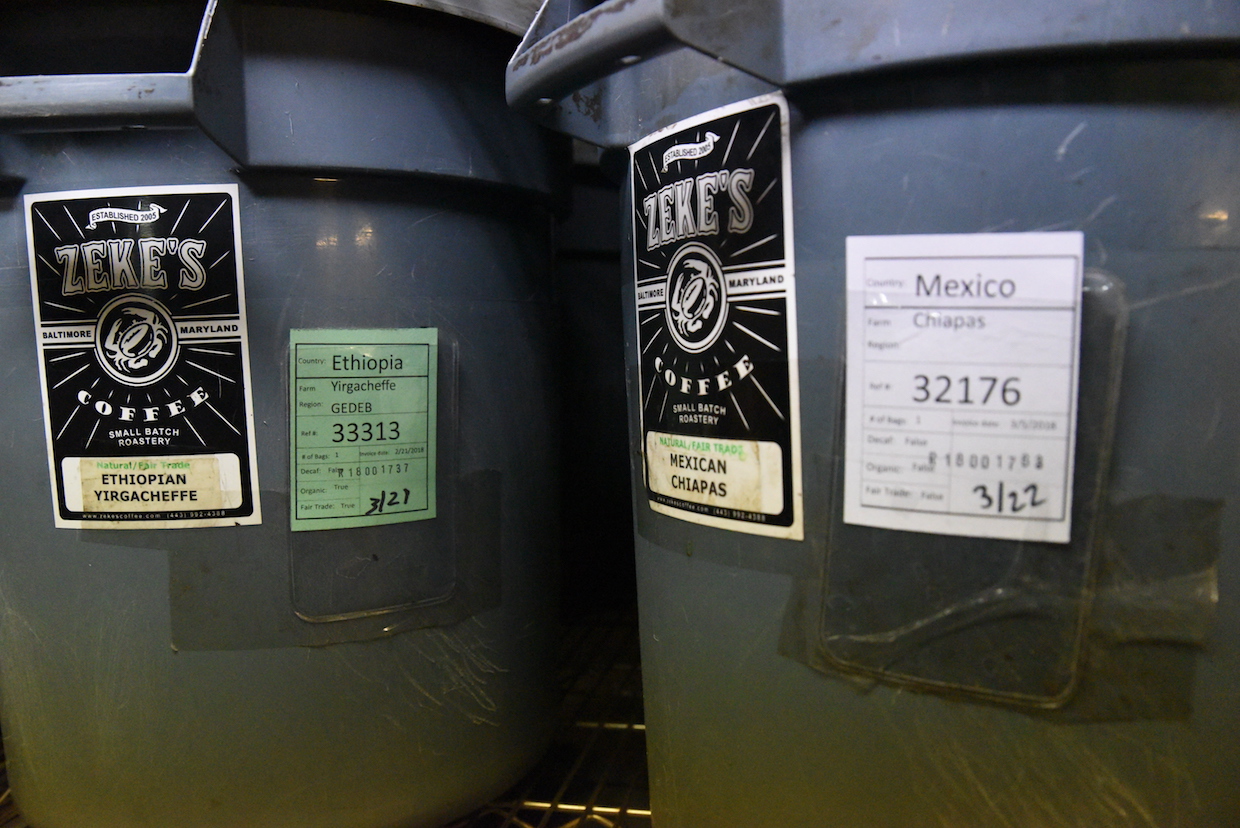 In all its 12 years, Baltimore-based Zeke’s Coffee has attempted to appeal to a wide variety of tastes both in its wholesale roasting operations and in its cafe, while in recent years extending that same strategy to patrons in Washington D.C. and Pittsburgh.

Zeke’s Founder Thomas Rhodes wanted to drill down further, though, with a program that would offer any Zeke’s coffee roasted exactly to the specifications of each individual customer — a pound-by-pound, roast-to-order service. Until recently, the daily demands associated with growing the business have delayed that dream — until now.

The Zeke’s team recently set aside a portion of its roastery and lab for a new “roast to order” program in the Baltimore roastery cafe, featuring a system of four single-pound fluid-bed roasters built by Rhodes himself. 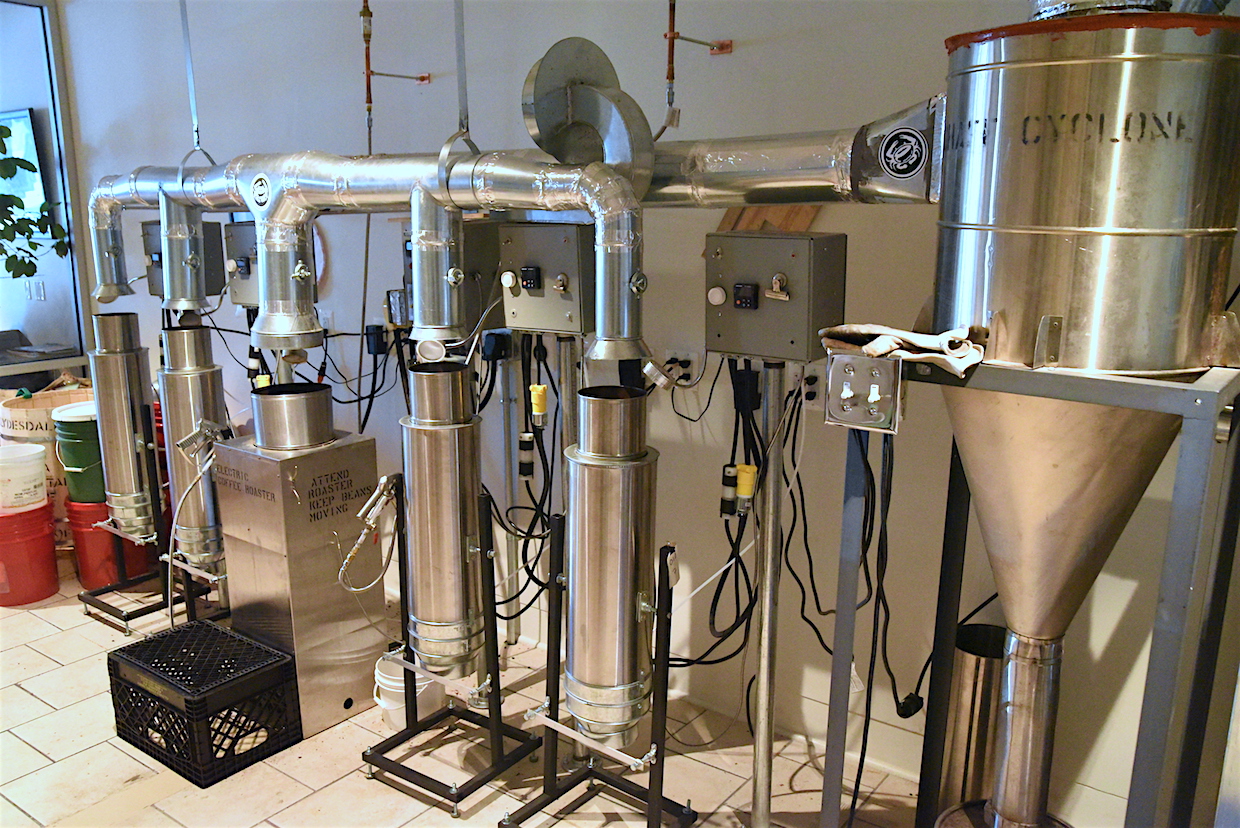 The four-headed fluid-bed roaster setup for the roast-to-order program. Photo by Nick Heddinger/Courtesy of Zeke’s Coffee.

“I’m a big Sivetz fan,” Rhodes told Daily Coffee News, referring to fluid-bed commercial roasting machines made by Michael Sivetz. Zeke’s in Baltimore roasts for its cafe primarily on an 8-pound-capacity Sivetz machine. Rhodes’ nephew, the proprietor of Zeke’s in Pittsburgh, roasts on a 12-pound Sivetz. His other nephew, at the helm of Zeke’s in D.C. recently switched from Sivetz to a Loring due to neighborly displeasure with the roastery’s emissions.

Rhodes said that the machines he built himself are the result of reverse-engineering the Sivetz machines he’s known, designed with an interface that’s even more straightforward.

“Sometimes Michael Sivetz put too many bells and whistles on the roaster control panel,” said Rhodes. “So for our one-pound roaster, we have an on/off switch, a high-limit thermostat and a fan control — pretty basic. That’s basically all you need. We had a lot of fun doing it, too.” 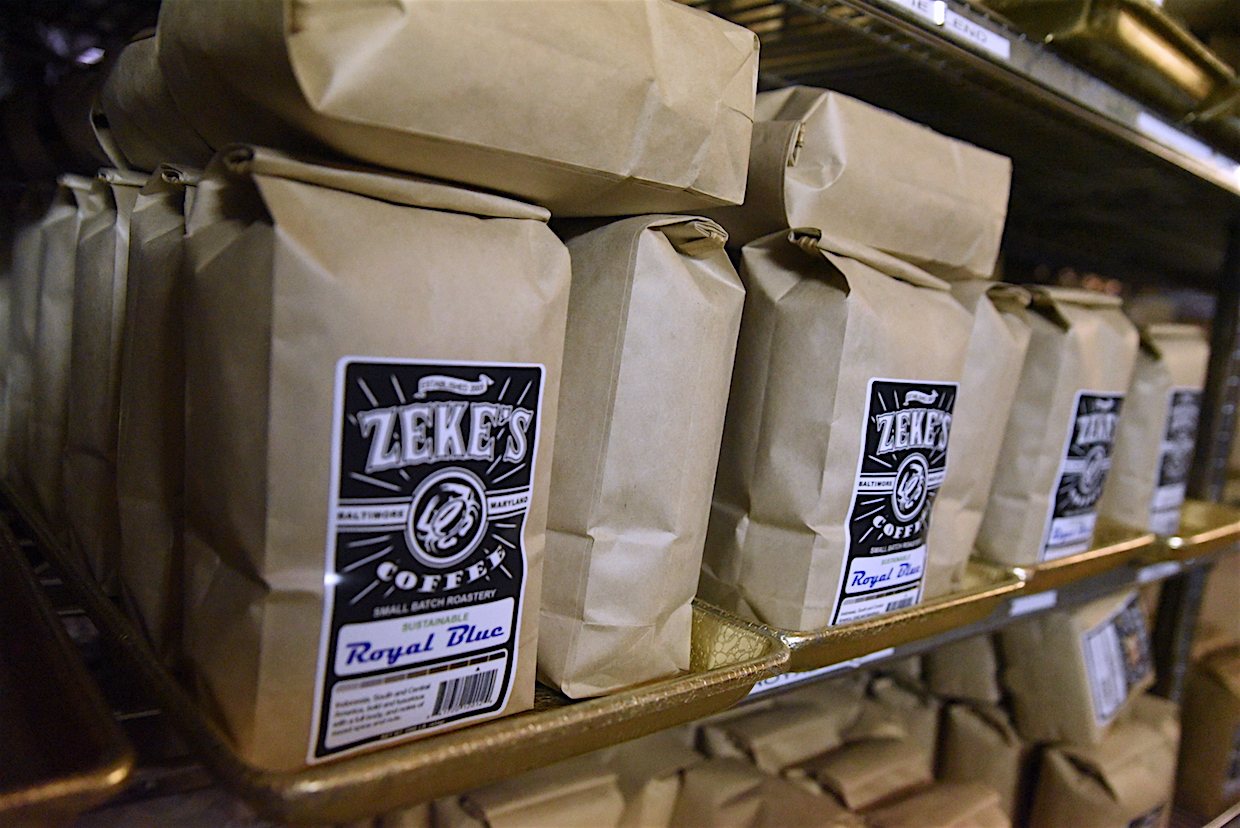 Rhodes described the fans as essentially repurposed shop-vac replacement parts, available at Home Depot along with most of the electrical and structural components required to build the machines. The shells are custom fabricated stainless steel, and the heating elements are similar to what Sivetz used in that company’s electric models, which Rhodes had to have re-manufactured.

Patrons at the Baltimore shop can see the custom machinery through a window from the counter of the cafe, a sight intended to be intriguing and educational, if not also “a little mad-scientisty,” as Rhodes described it. In the same 800-square-foot roastery space there’s the Zeke’s production lab and space for classes. 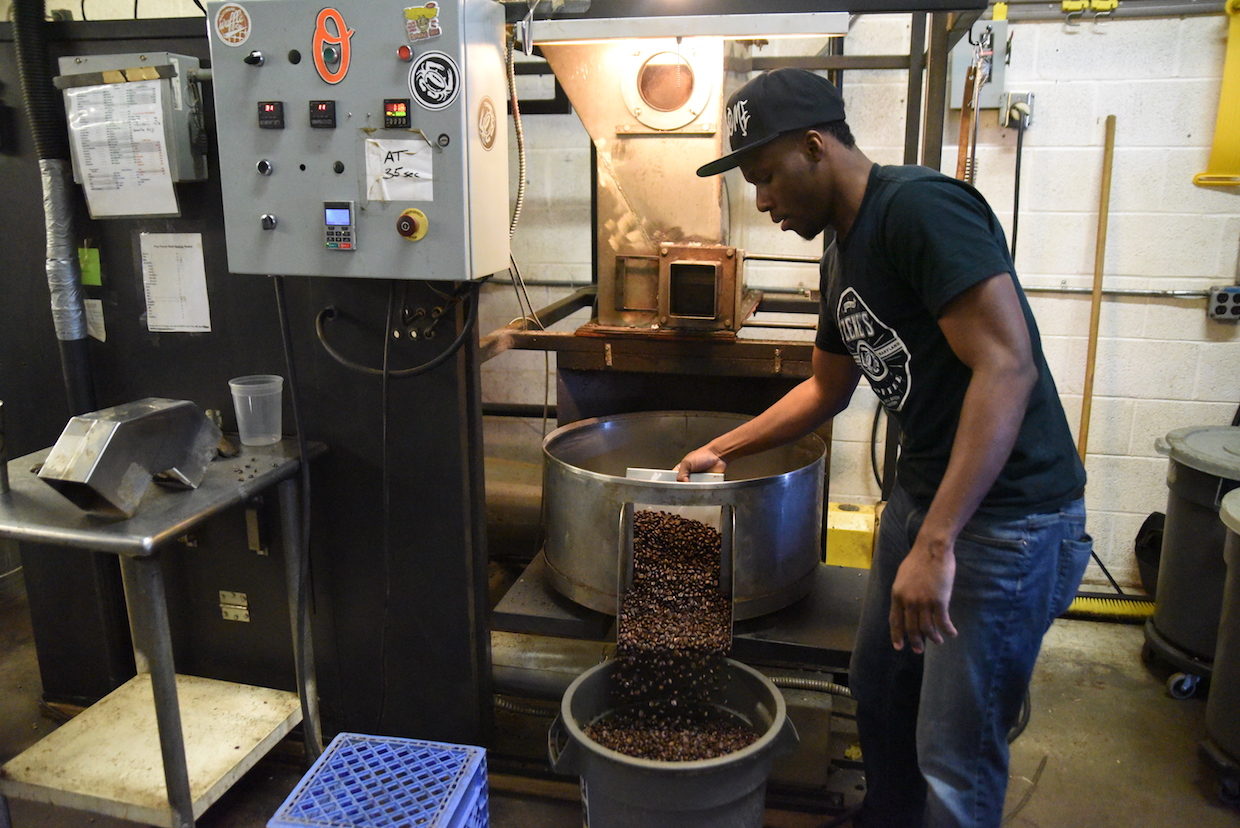 While the roast-to-order program is flexible by nature, there are boundaries. “We don’t Italian-roast, for example, Jamaican Blue Mountain, because you can Italian-roast Brazil and it tastes the same, in my humble opinion,” Rhodes said.  “There are limits, and we talk to people and explain to them why they wouldn’t want that to happen, and they’re very accepting, because I don’t know too many people who do this.”

In addition to the roast-to-order program, Rhodes said he’s working on doubling the roastery’s production footprint from its current 4,000 square feet up to about 8,000. The expansion will take place later this year, and will include adding another 1/4-bag Sivetz machine to the company’s existing 1/4-bag 428 machine for wholesale. 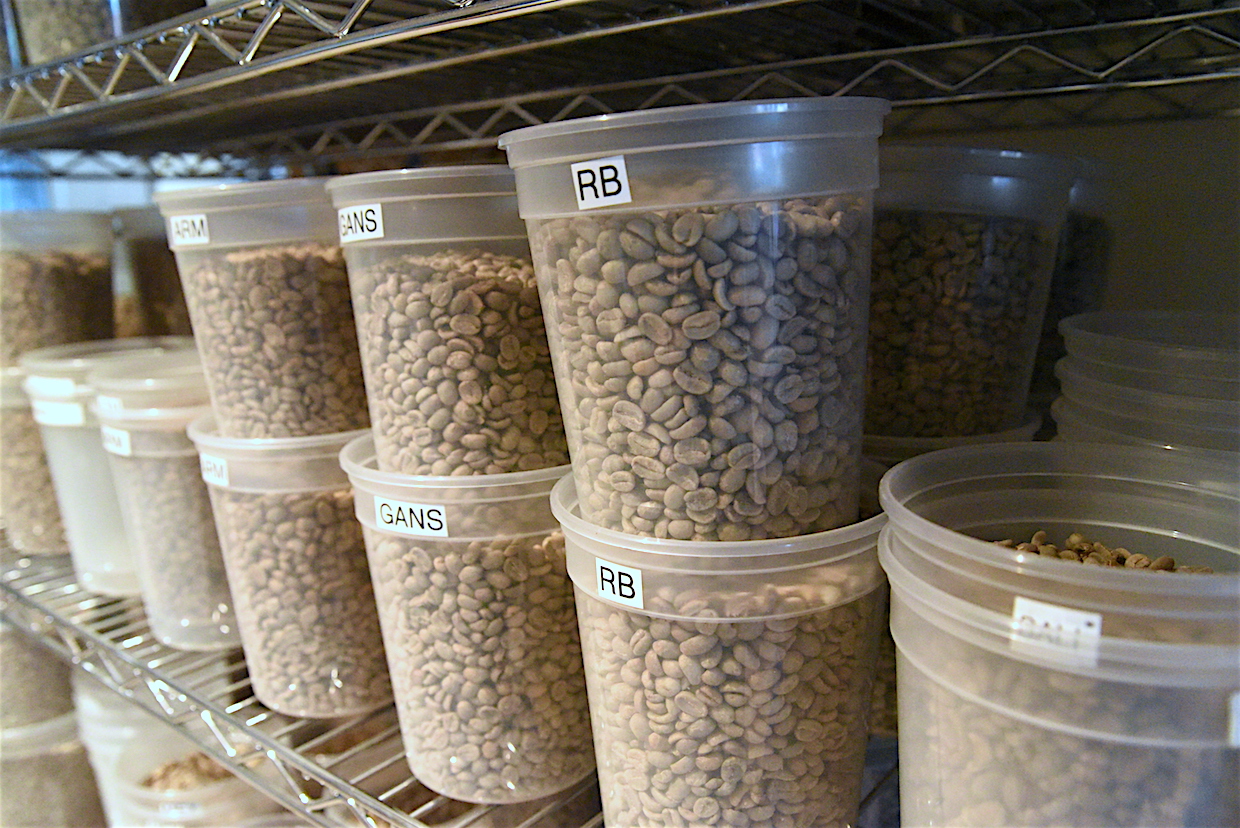 Should the roast-to-order program find some success in Charm City, it’s not unreasonable to expect something similar in D.C. or Pittsburgh soon.

“We’re trying to figure out how to do it properly, and I think we’re getting a good handle on it,” said Rhodes. “We’re figuring out the faults and fixing them, so no one will have a problem.” 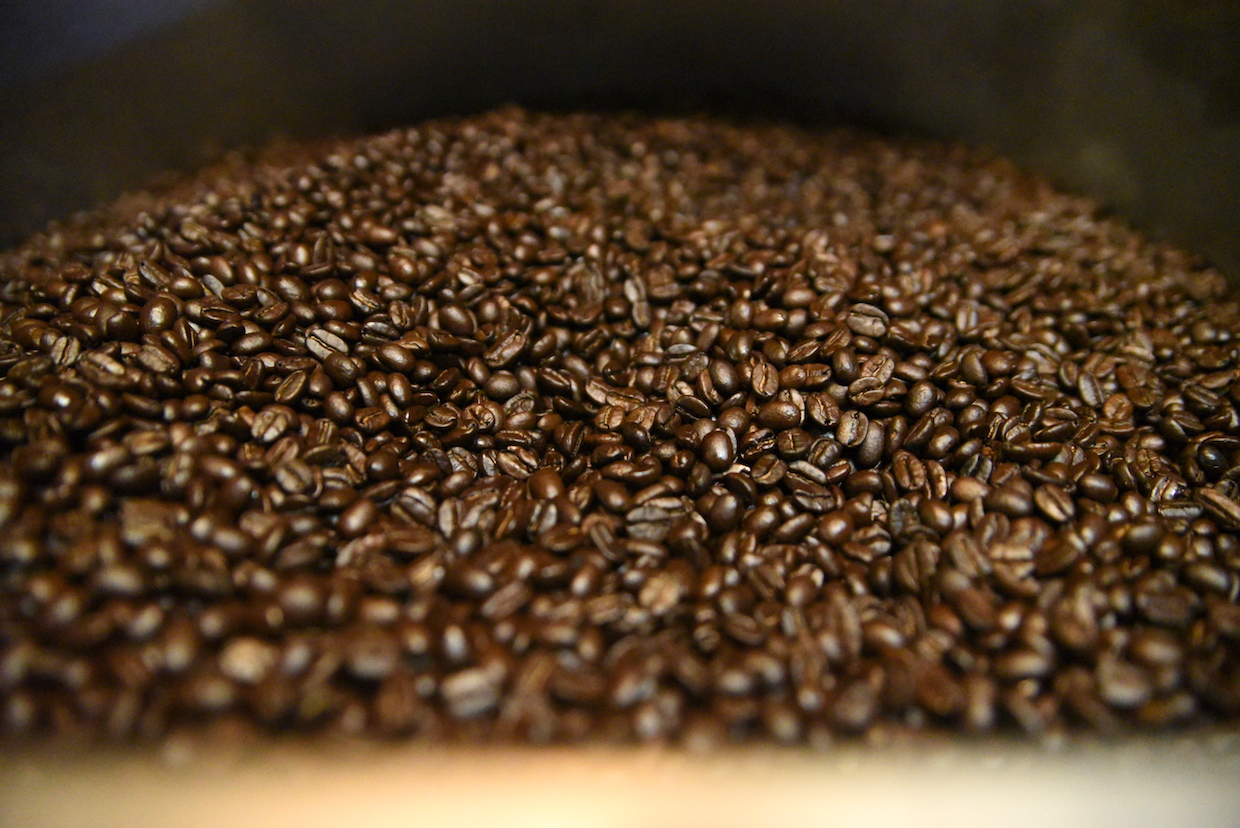 Hi Love the Sivetzs can you sell me one?

Would like a 1 pound for single origin or even in our espresso bar ;0

Saw the picture with the square box roaster and stainless ‘cyclone’ and jokingly said, ‘Michael would not be pleased.’ Mr. Sivetz did not like his clients modifying the gear, I suspect he felt there was no need to mess with perfection so just leave it alone. 🙂

I have one of the last fluid bed roasters that Sivetz Coffee built before his death and I absolutely love it. I too am making my own simplified versions of this amazing roaster. I don’t think there is a more flexible or adaptable way to do custom small batch roasts in the 2-6lb range.

This setup is not ‘mad-Scientisty’ … it is scalable. More the merrier.

I have a 1/4 bag Sivitz and want to build a 5 pound electric. Do you have and info or manuals from his electrics that I can get component data from and scale it?

I am in Durban South Africa and am also trying to make my own Fluid bed roaster. Did you get any info or manuals.
I am going to . uld a 12kg machine but i am unsure as to what flow the blower needs to produce . i heard somewhere that it neede to be in the region of 500cfm.
Any info you can pass on would be greatly appreciated.

I am building my own fluid bed roaster and would like to pick your brain on a few issues .
Please could you send me your email address if you are willing to help.

Gary,
I did not receive a response. I have a 30 pound Sivitz roaster but no documentation for it. If you find any information please let me know.
Tim

If I find anything I will forward the info.
Thanks for the response.