Swiss Manufacturer QualySense Sorting to New Heights with the QSorter 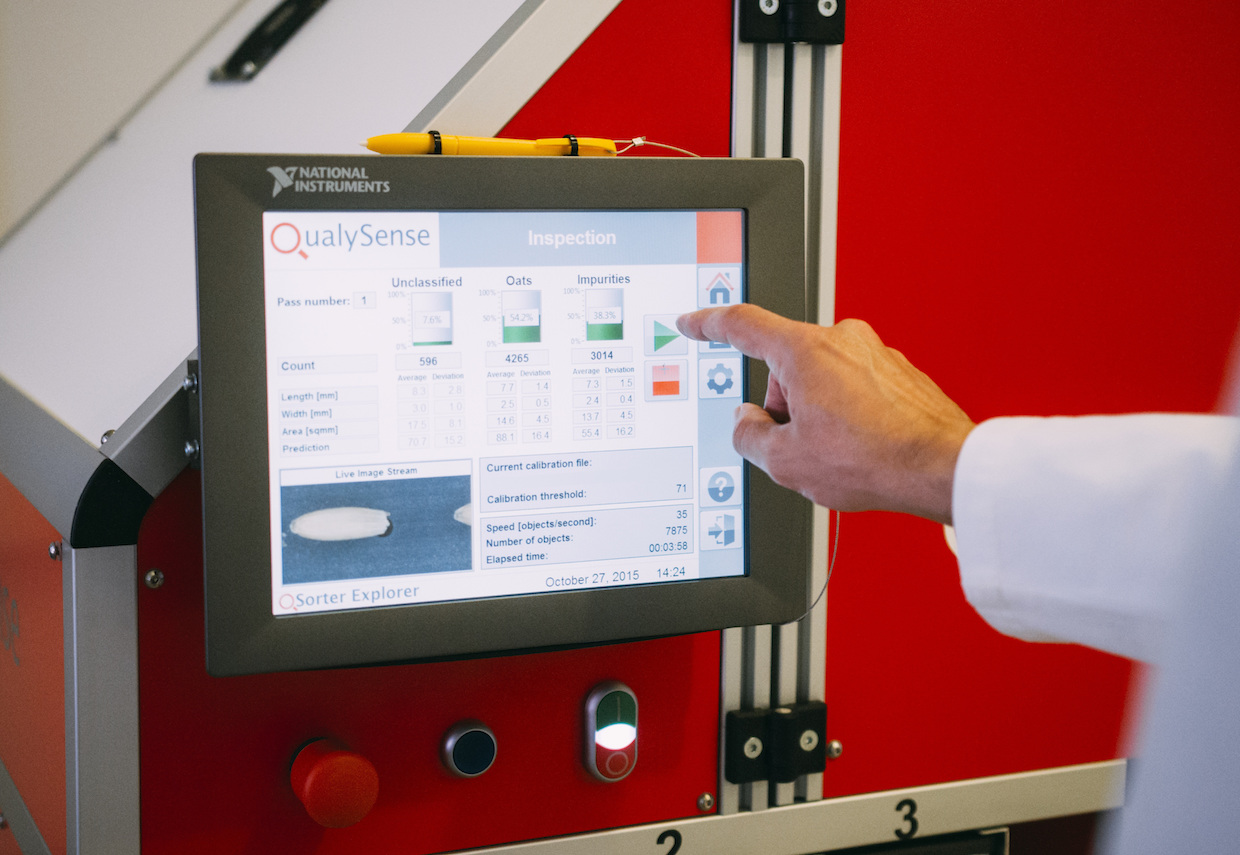 All photos courtesy of QualySense, unless otherwise noted.

Swiss mechanical sorting machine maker QualySense AG — which has offered equipment for various grains, beans and seeds since launching in 2010 — is making a push into the coffee industry with a machine called the QSorter Explorer.

The QSorter won the Specialty Coffee Association‘s Best New Product Award for Technology at World of Coffee in Amsterdam this June, after the machine’s core technology was adapted to fit coffee applications. Although the QSorter has been around since 2014, the updated version will enter the market later this year.

“We had done some projects in coffee and we realized that the technology has huge potential in this area,” Berk Yesin, product manager for QualySense, told Daily Coffee News. “Coffee is a high-value commodity. It is not a food item; it is an indulgence. Especially when you go towards the higher end coffee, every bean counts.” 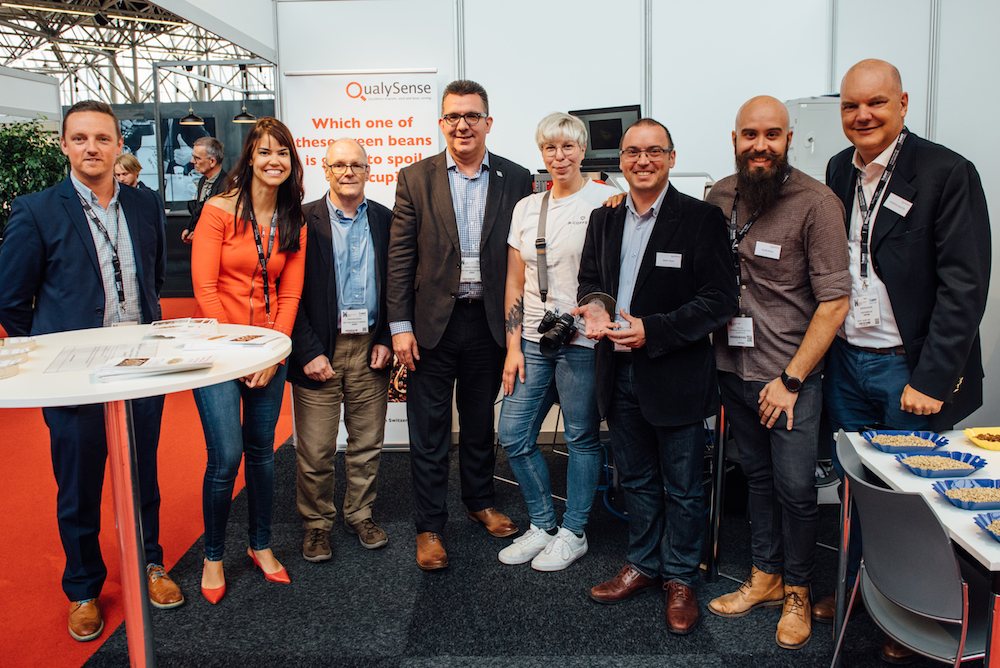 The QSorter measures the biochemical content of the product, not simply the physical appearance, allowing the operator to access key data about the content of the beans and get an indication of the presence of positive or negative flavor attributes. The company believes the use of this technology has the potential to be wide-ranging, with possible applications throughout the supply chain.

QualySense has launched several pilot products as it works to finalize the near infrared (NIR) spectroscopy technology. The machine is currently available in global markets — including in the United States — for interested parties that are willing to participate in the beta testing prior to the official launch. One of these pilot testers is Patrik Hosennen of Swiss-based roasting company Kaffeerösterei Hosennen.

Hosennen told DCN he’s been using the machine in concert with a 12-Kilo roasting machine. He described the QSorter as potentially “revolutionary” for the coffee industry, in that it moves beyond traditional visual and physical sorting methods by analyzing the invisible characteristics of each bean at a high rate of speed. Further, the machine has a graphic interface that allows for an intuitive display of sorting-related data. 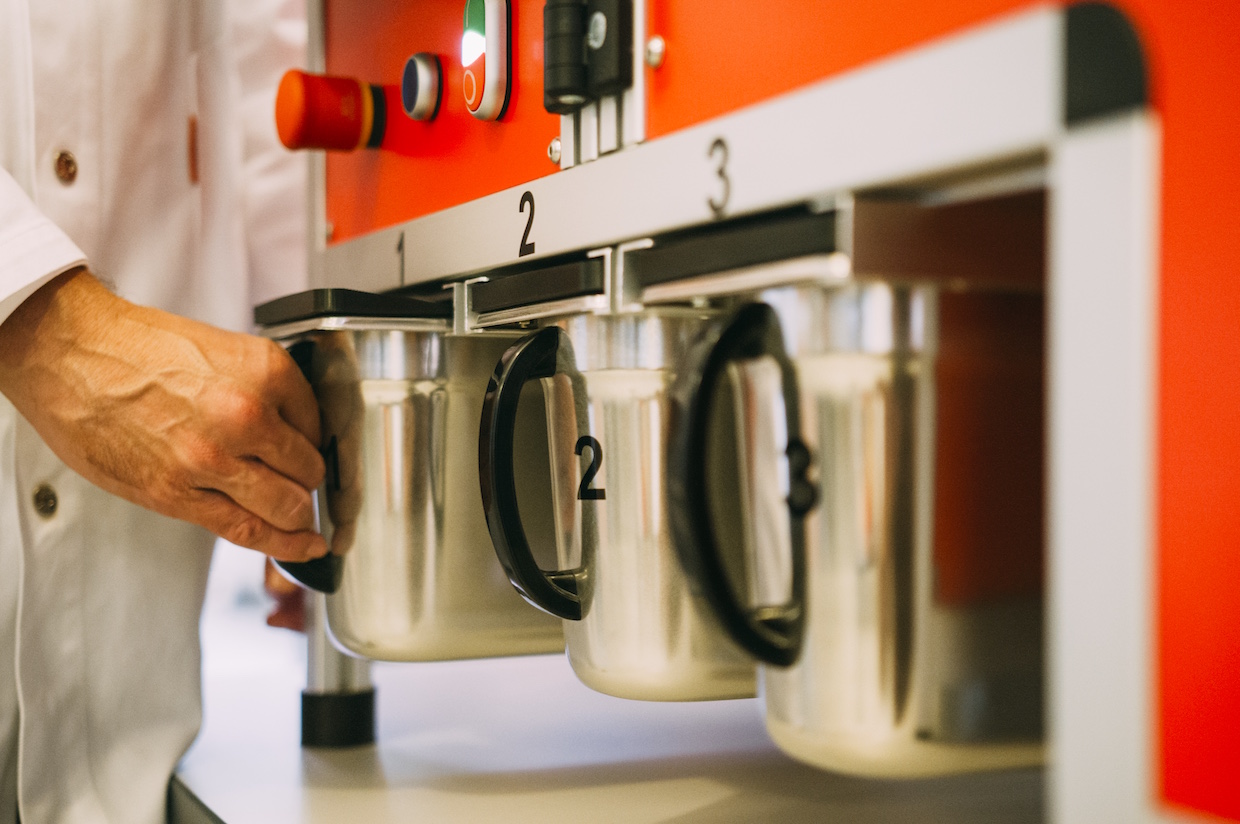 “First, we tried sorting for different levels of green coffee quality. The machine was programmed to find any coffee defects independent of origin or quality,” Hosennen said. “As a next step, we started sorting green coffee so that I, the roaster, could ensure a repeatable and homogeneous roast-picture in both visual and cup profile. Both goals have been achieved, and this summer I launched the first official coffee blend using the QSorter.”

Yesin is encouraged by the potential for the machine to improve quality analysis and sorting at origin, as well, noting that mills using this machine could be better equipped to evaluate quality-related information such as size, color, and moisture levels. Yesin says that it is not only able to analyze the beans, but it is also equipped to physically sort the coffee into multiple classes. As the coffee passes through the machine, it is distributed into groups — three or five, depending on the model — which will each have homogeneous qualities based on the analysis. 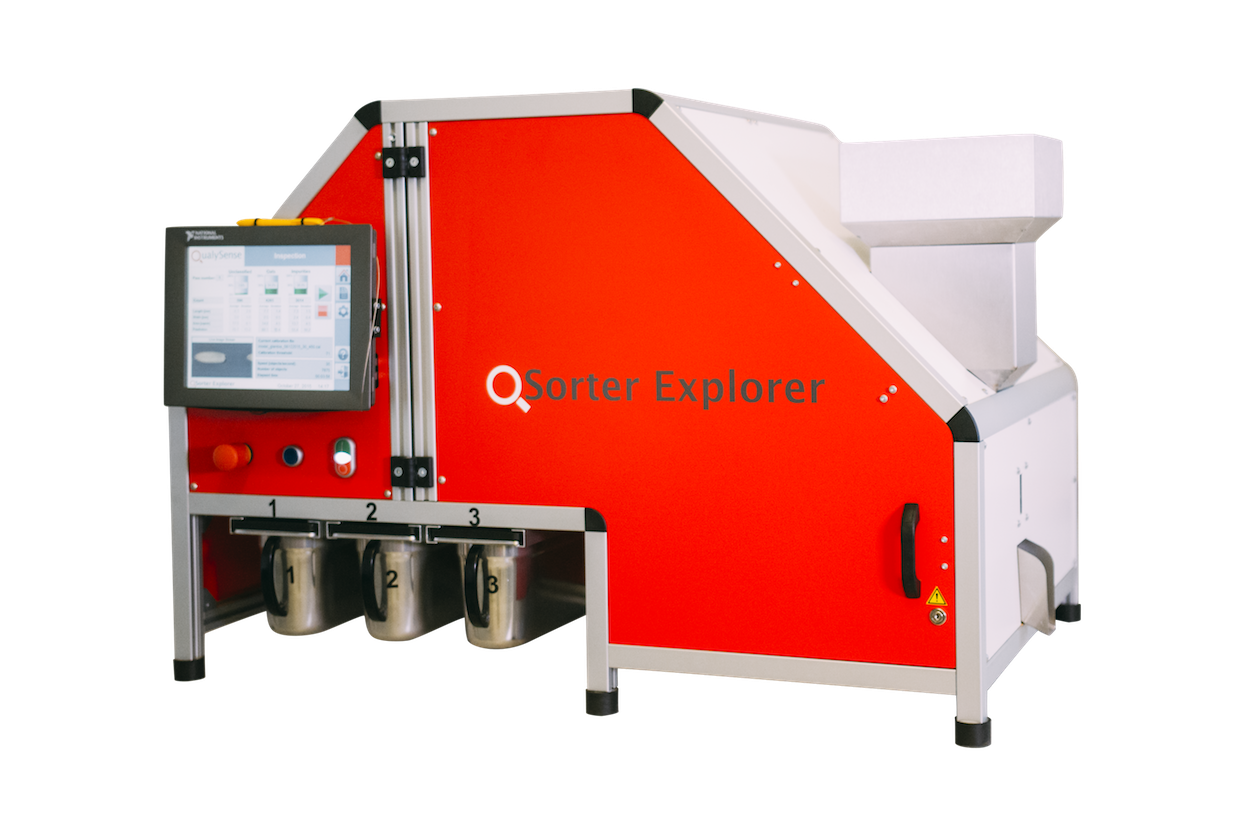 “This is an area we are trying to develop with specialty coffee roasters, as well,” Yesin said. “Where it is not just about removing defects or cleaning the coffee, it is really about splitting the coffee into precision-sorted ingredients that will roast more uniformly and can be handled a much more controlled way. It allows the roaster to have a better product because all of the beans roast in a similar way, based on the biochemical compounds of each bean.”

Hosennen sees a future where such technology could allow a roaster to compare the pre-shipment sample with the coffee received. Or, thinking even bigger, there could be a globally accepted quality check in the form of a single bean NIR-picture.

“In the case of a disagreement, I would have a third-party record with all the technical details and parameters of each bean to facilitate any reclaim. This could also be used to specify a coffee I would like to source in future,” Hosennen said. “The more we use this technology, the more data we are receiving to analyze and refine the sorting algorithms to improve the cup profile and overall quality.”