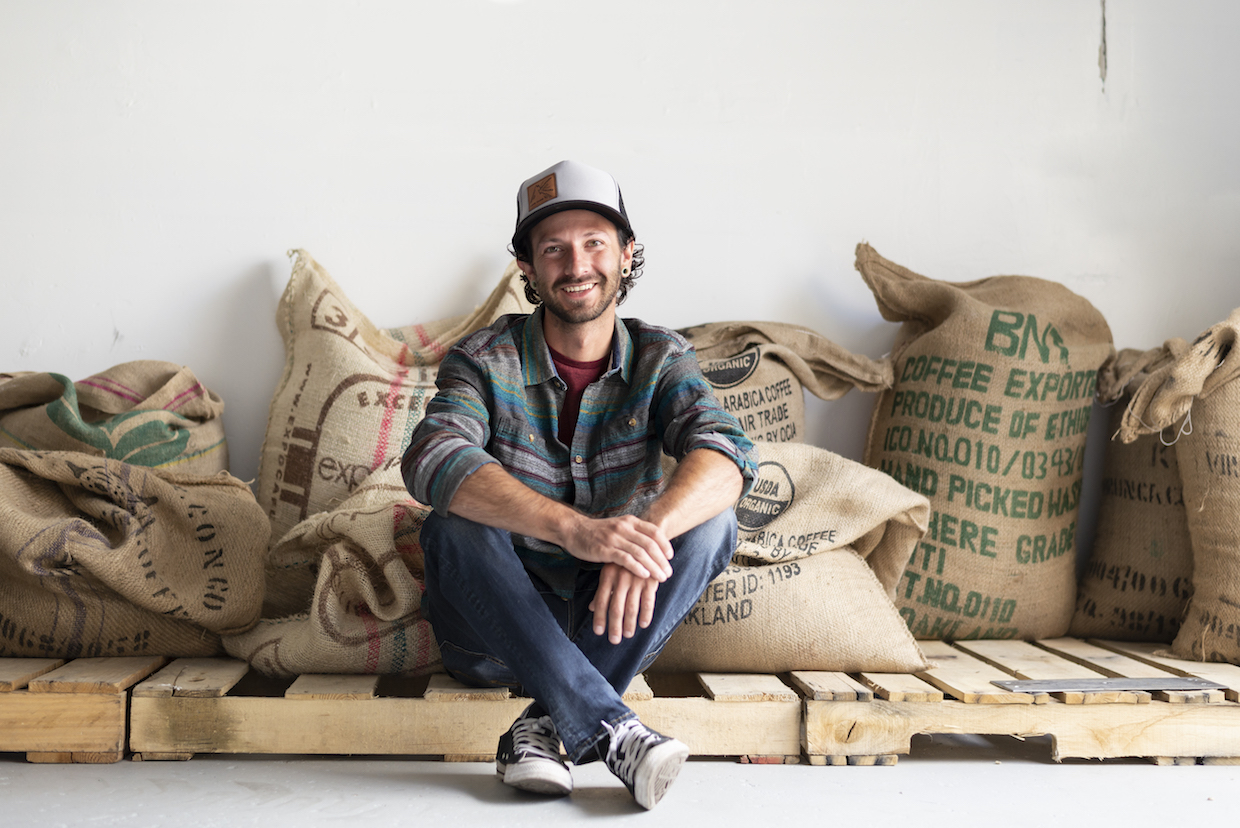 While the gym and cafe were under construction, Refuge was also in the process of moving from a shared roaster setup involving a San Franciscan SF6 in Carson City into an roasting facility all its own in South Lake Tahoe.

Owner and founder Jared Marquez is now roasting on a US Roaster Corp 5-kilo machine to supply the cafe, online orders, subscription service, and the wholesale coffee program. 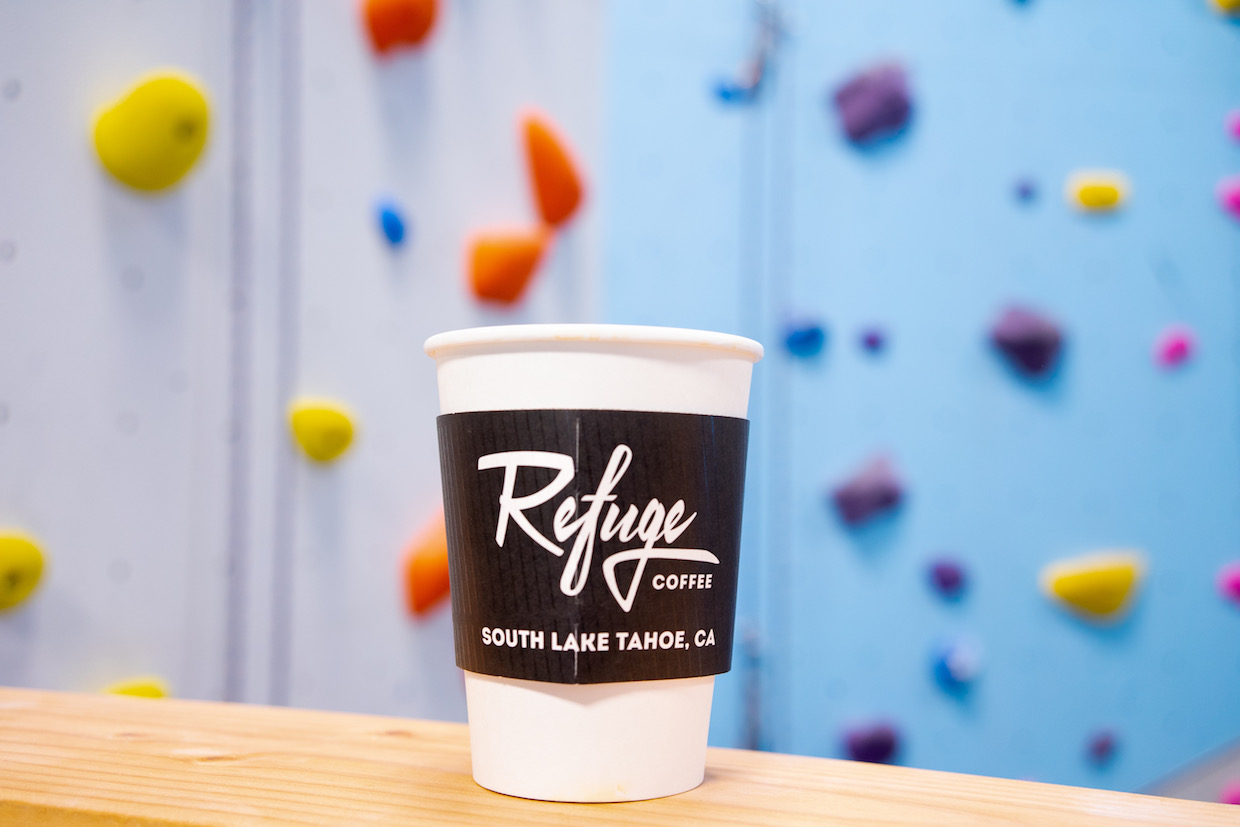 Not to be confused with Atlanta’s Refuge Coffee Co. (Georgia), Refuge Coffee was established in 2015, a year after Marquez returned to his hometown of South Lake Tahoe with the dream of opening a cafe.

Marquez first began roasting coffee in 2012 on a popcorn popper while living in San Diego before upgrading to a Quest M3. Initially, he was purchasing beans from Oakland-based home roasting supplier Sweet Maria’s, but later tapped in to the company’s wholesale arm, Coffee Shrub, for larger quantities. Refuge is currently sourcing its coffees through Emeryville-based importer Royal Coffee. 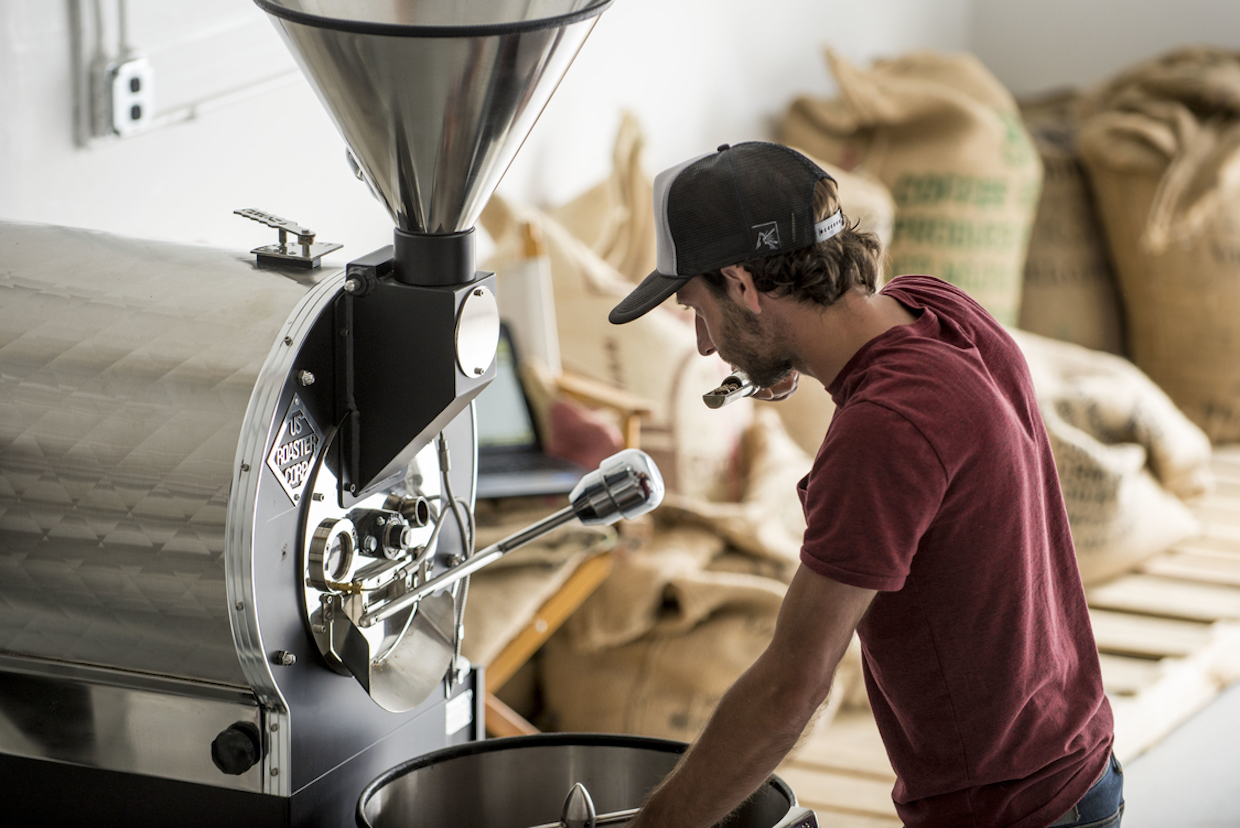 “I found that the best way to learn is to experiment a lot, compare notes, and try to figure out how to get a specific result out of your machine,” Marquez told Daily Coffee News. “There is no right or wrong way to do coffee — it is so dynamic. That would be like saying there is a right way to write a song.”

At the cafe, Refuge offers two options for brewed coffee at any given time, catering to a range of customers who may be at different stages in the coffee journey. 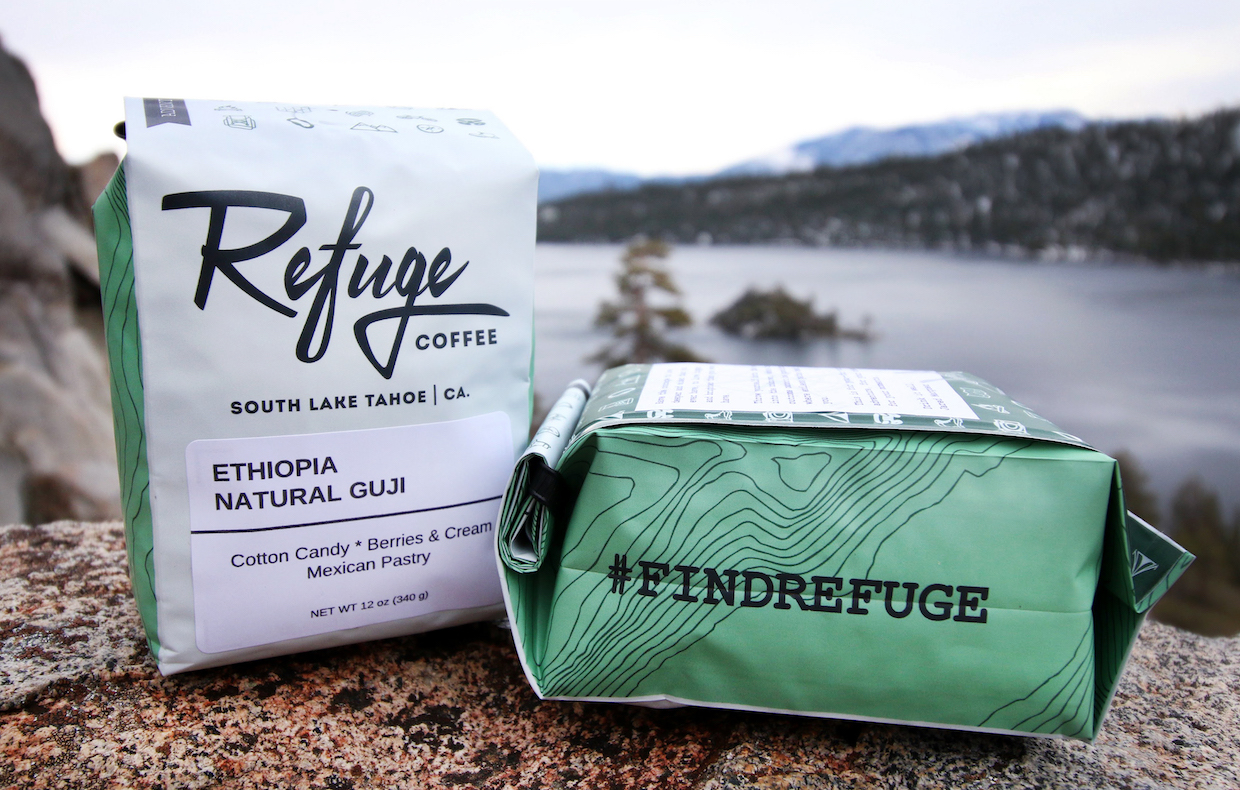 “One coffee is labeled as an ‘adventurous’ coffee, which would have an outside-of-the-box sort of flavor profile that may be a little different than what people typically think of as coffee-flavored — something more floral or fruity,” said Marquez. “We also have a ‘familiar’ coffee. This has more of those recognizable attributes — vanilla, chocolate, nutty — and it is usually roasted a bit deeper.” 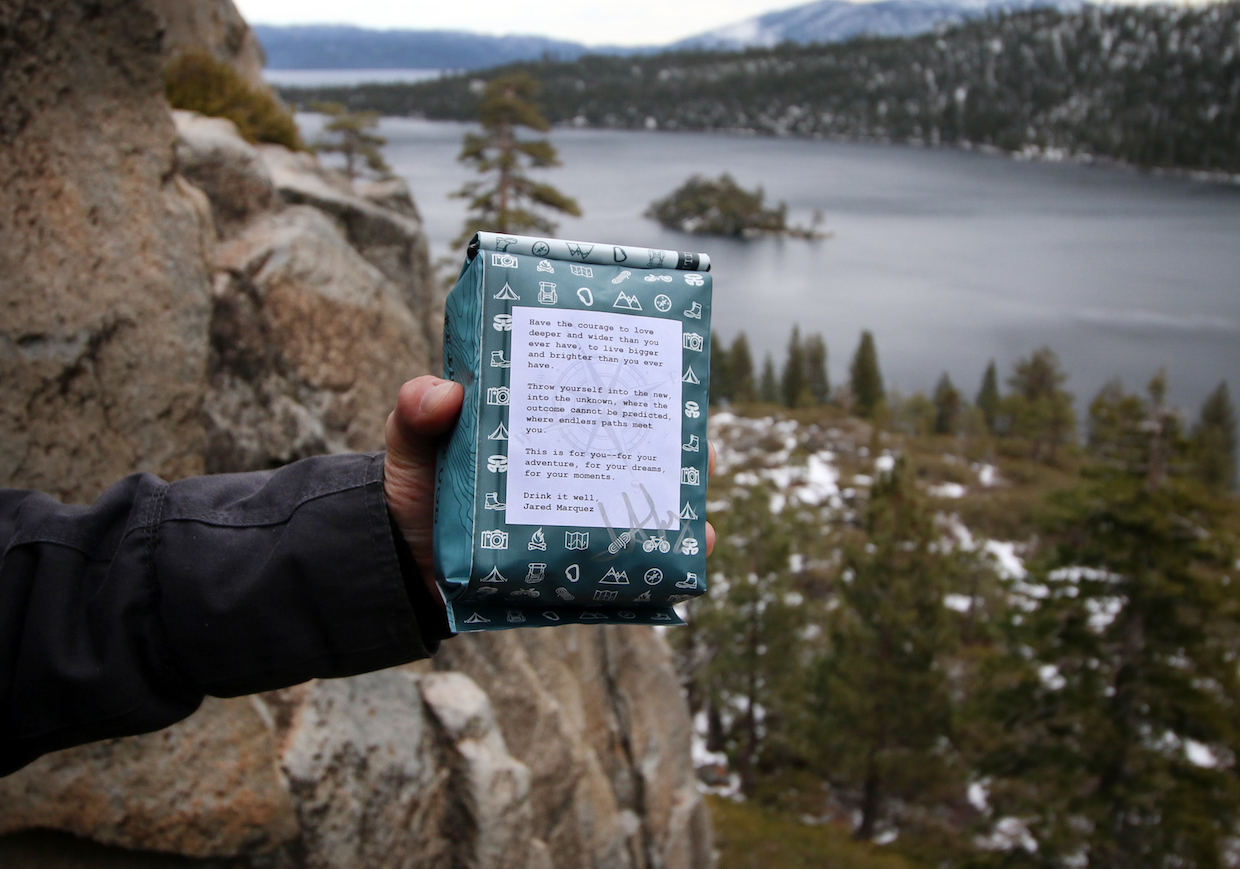 Marquez includes an inspirational message on the back of each coffee bag to provide a personal connection between himself and the customer. Photo by Forrest Hollingsworth, courtesy of Refuge Coffee.

Marquez characterized the Resilience blend as having a more immediately familiar flavor profile — deep and naturally sweet, with notes of chocolates and roasted almond — currently made possible by a Brazil natural and a washed Guatemala. A blend of two Ethiopian naturals comprises the more adventurous Just Say Yes blend. 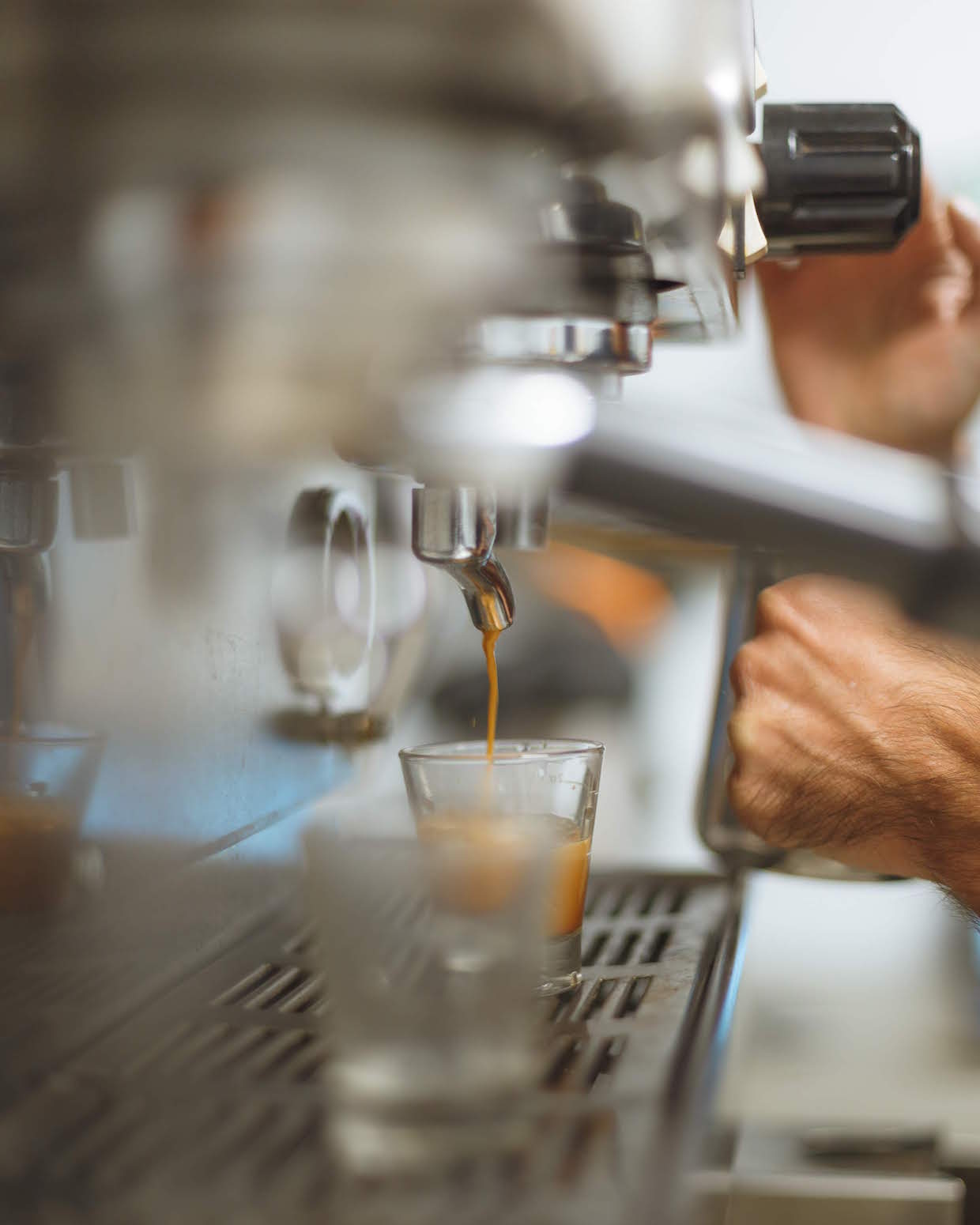 Since the cafe’s mid-September opening, Marquez has been working alongside his sister and business partner Destiny Marquez. Marquez notes that the retail endeavor would not have been possible without her support.

“Destiny really stepped in to carry the business when I had a serious rock climbing injury last year,” said Marquez, an avid climber who wrote about his accident on the company’s blog. “Given our circumstances, it’s a miracle we made it this far. We’re really stoked about it.” 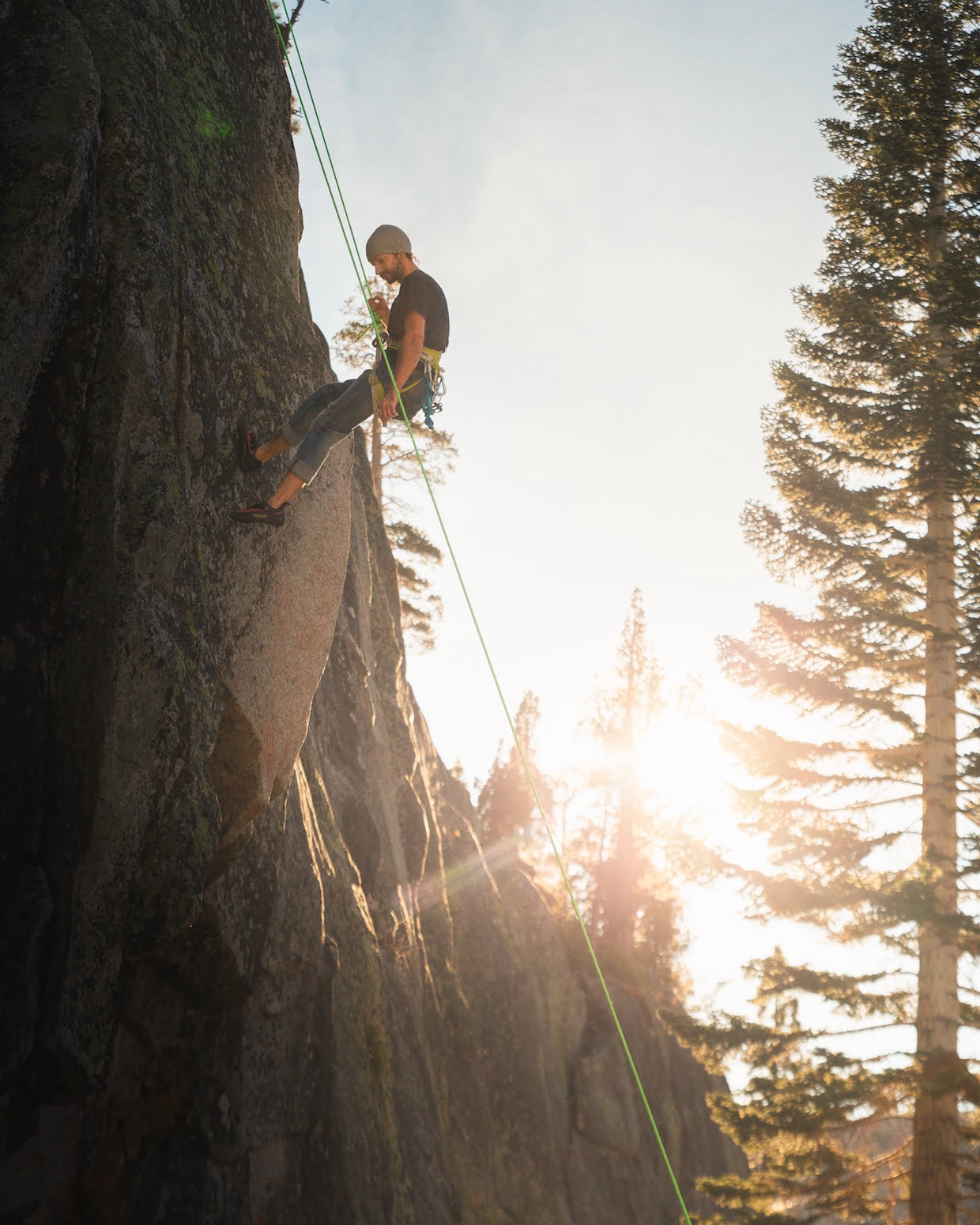 Jared and Destiny Marquez are highly involved in the local climbing community. Photo by Torey Philipp, courtesy of Refuge Coffee.

The accident and other financial and logistical hurdles threatened to derail the whole cafe plan, but Marquez remained resolute in the plan to open a cafe.

“It just didn’t feel like it was really enough for me to be putting craft coffee bags with a stamp on the shelves of other shops,” said Marquez. “I really wanted to serve our coffee to people personally, to have that personal connection and provide that environment — that sense of refuge that I’ve been aiming for.” 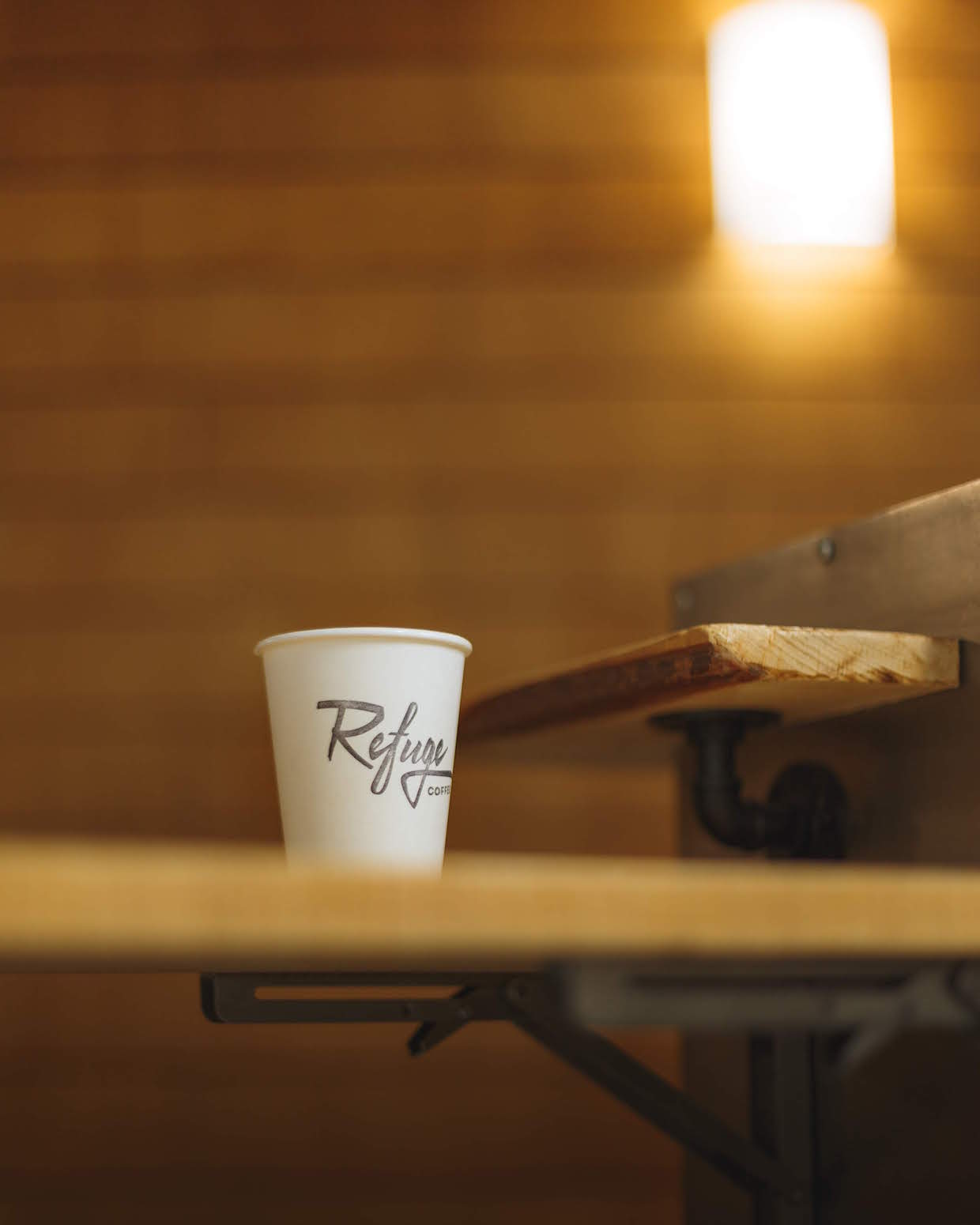 In addition to standard coffee and espresso offerings, Refuge Coffee also serves signature such as the Nutella Clove Mocha, created by Jared, and the Rosemary Honey Cappuccino, created by Destiny. Photo by Torey Philipp, courtesy of Refuge Coffee.

The clouds parted when Blue Granite Climbing Gym approached Marquez with a proposal to cover all costs of a coffeeshop buildout in exchange for coffee expertise and design support.

“I figured the worst thing that could happen is that I could help these people make their climbing gym a better place for the community,” said Marquez, “which has been my number one drive to stay in the game as long as I have.”